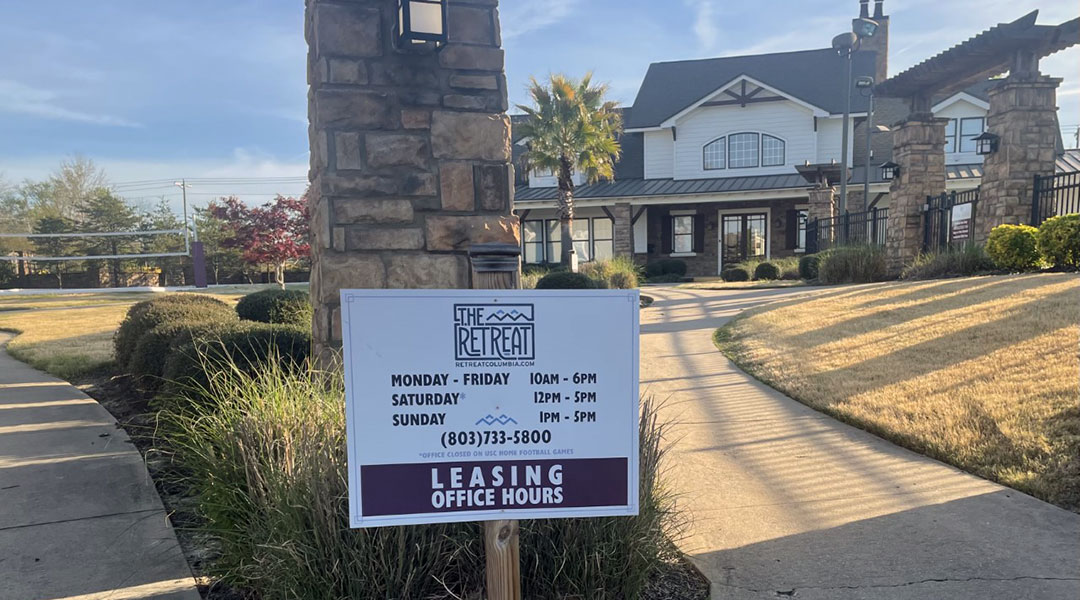 South Carolina had the highest eviction rate in the United States in 2016, at 19%. However, the crisis has continued to rise, with 25.7% rate in 2019 according to SC Housing and Marketplace. A new lawsuit by the ACLU and NAACP seeks to open data to the public to view possible discriminatory trends in evictions and housing crises throughout the state. Photo by Kaitlyn McCue.

The American Civil Liberties Union and the national NAACP filed a lawsuit in federal court last week on behalf of the South Carolina chapter of the NAACP, which is seeking access to public data that shows eviction rates that disproportionately effect Black South Carolinians.

The lawsuit could expand public access to research for organizations statewide, the ACLU said.

The state has an absolute ban on data scraping, a method of research that allows for the automatic data collection of public information online, including the state’s legal documents, on  the county-by county storehouse of legal filings in the state, the Public Index.

The ACLU argues the ban violates the First Amendment and prohibits public information collection “in ways that enable subsequent speech and advocacy, including advocacy in the courts,” according to the suit. The NAACP specifically wants to gain access to eviction records across the state to determine if minorities are being unfairly targeted.

“The First Amendment protects the NAACP’s right to use digital-era methods of recording public docket information that is available to any internet user,” Esha Bhandari, deputy project director of the ACLU Speech, Privacy, and Technology Project, said in a statement. “Scraping is often a necessary method of gathering public data efficiently, permitting systemic research to hold powerful actors accountable.”

“Under the First Amendment we have the right to this kind of information, none of this should be hidden. The government needs to be open and the information needs to be there,” Berkowitz said.

The groups claim that the ban is limiting access to the state’s eviction and public court records for research by the NAACP, the National Association for the Advancement of Colored People. As eviction rates climb in S.C., the NAACP wants to determine if, and the extent to which, those evictions are disproportionately affecting Black residents.

“In the midst of [the state’s] housing crisis, the S.C. NAACP is working diligently to ensure the people of South Carolina are safe from displacement,” said Brenda Murphy, president of the NAACP’s state conference of branches.

The NAACP is working to identify tenants that are in need of assistance before they are evicted, but are unable to do so, or provide needed services due to the ban on scraping.

“Our ability to automatically gather eviction filings across the state can help mitigate a housing crisis that falls most heavily on Black tenants. The refusal to allow the State Conference to gather this information, even though it is already public, directly harms the people of S.C,” said Murphy.

The state has endured an affordable housing and eviction crisis for years, according to experts. This lawsuit aims to shed light on the possible targeting and discriminatory practices the crisis is producing.

“When you look at historical racism and poverty in South Carolina, it would be hard to ignore that it disproportionately impacts the African American community and growing LatinX community,” said Berkowitz. “So having the data to be able to look to see where things are happening, by zip code, to analyze and determine where problems are, it’s very important as a state for us to be recognizing how it impacts certain communities and the racial inequities of what’s going on in our state.”