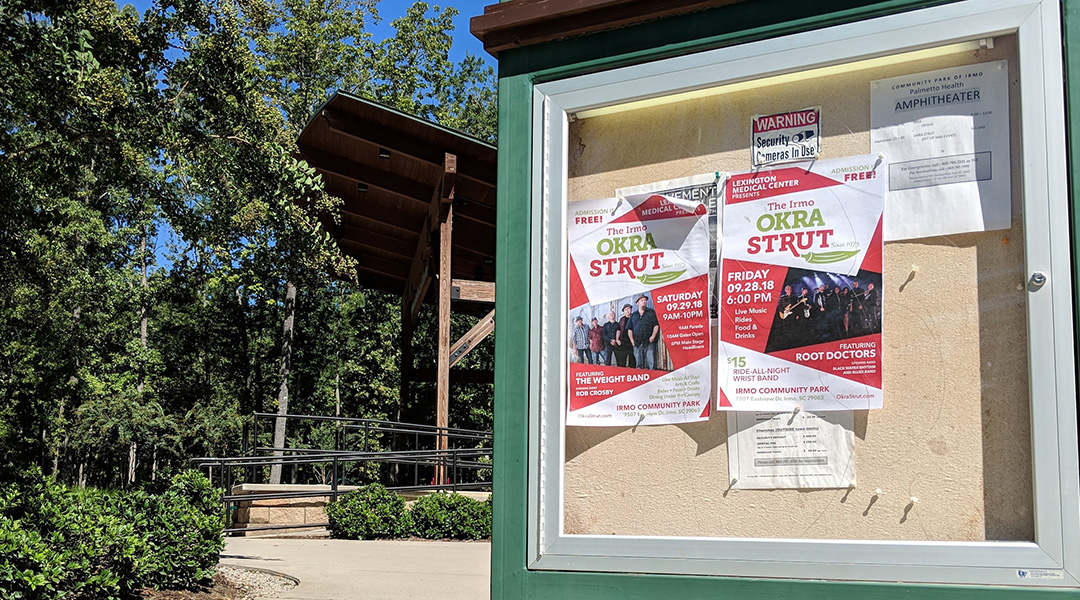 The Okra Strut has been entertaining the people of Irmo for almost half a century. This year the annual festival turns 45 and promises a great time to all who come.

Forty-five years ago, the Lake Murray-Irmo Woman’s Club had a goal in mind to build a library for their town. There was just one problem the club faced — funding.

Now almost half a century later, the library has been built and a two-day festival called the Okra Strut has become a mainstay in the small town of Irmo. This year’s festival is set for Sept. 27-28.

The Okra Strut began as a spoof of a spoof. The woman’s club was listening to a WIS radio broadcast with Gene McKay when the disk jockey began joking about the origin of Irmo’s odd name by accrediting it to an ancient native tribe called the Irmese that survived off of Okra.

The women found this idea hilarious and decided that they should hold a festival honoring these natives and okra, the slimy five-sided veggie that most people enjoy fried. The Okra Strut eventually raised enough donations from locals to build the library and now every year thousands flock to the small lake side town to eat fried okra, listen to music and meet the folks that they call neighbors.

“When you think about it, it’s an incredibly huge idea to build a library by a community club, but they succeeded,” Okra Strut Commissioner Larry Slaughter said. Slaughter has been the Okra Strut’s commissioner for the past four years. Prior to that he volunteered and enjoyed the sense of community it has brought to the town.

“I met more neighbors out here than I did on my home street,” he said.

The Okra Strut is a free event that is sponsored by local businesses, run on a budget of around $100,000 and is entirely staffed by local residents of Irmo and surrounding areas. The two-day event, held in the town park, has carnival rides, food vendors and live entertainment from a laundry list of local musicians, as well as a performance from members of the southern rock band, “The Band.”

The Okra Strut festivities also includes a Saturday morning parade that shows off the town’s local talent with droves of marching bands, dancers and volunteers marching down the street to the park.

“There’s all kinds of things,” Slaughter said. “You won’t believe the transformation by the time we get to next weekend.”

Slaughter estimated that anywhere from 20,00 to 50,000 people will flock to the Okra Strut to get a taste of fried foods, live music, carnival rides and something fun for the whole family.

“Everything you do out here beside buying a beer is free.” 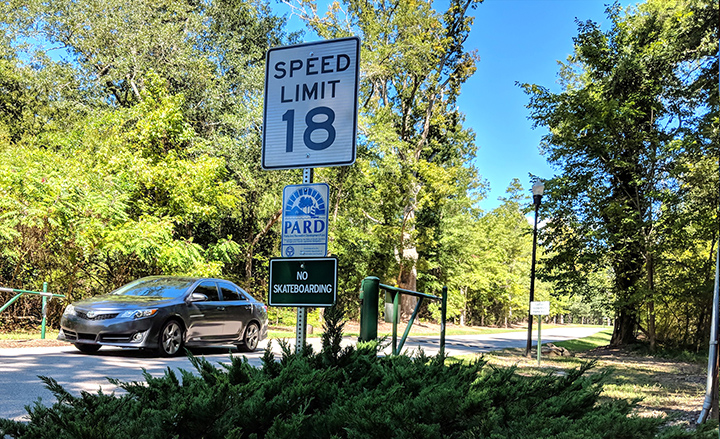 The Okra Strut will be held in the Irmo Town park located on Eastview Drive in the heart of the small town only 30 minutes from Columbia. 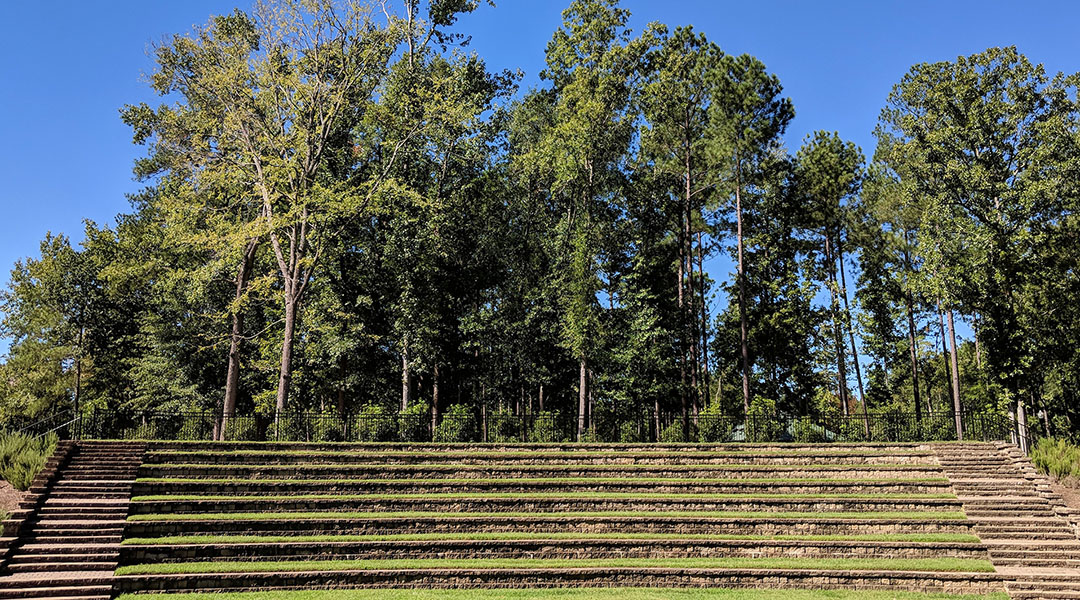 In just a few days these outdoor seats will hold thousands of festival goers over the course of the two day-long Okra Strut. 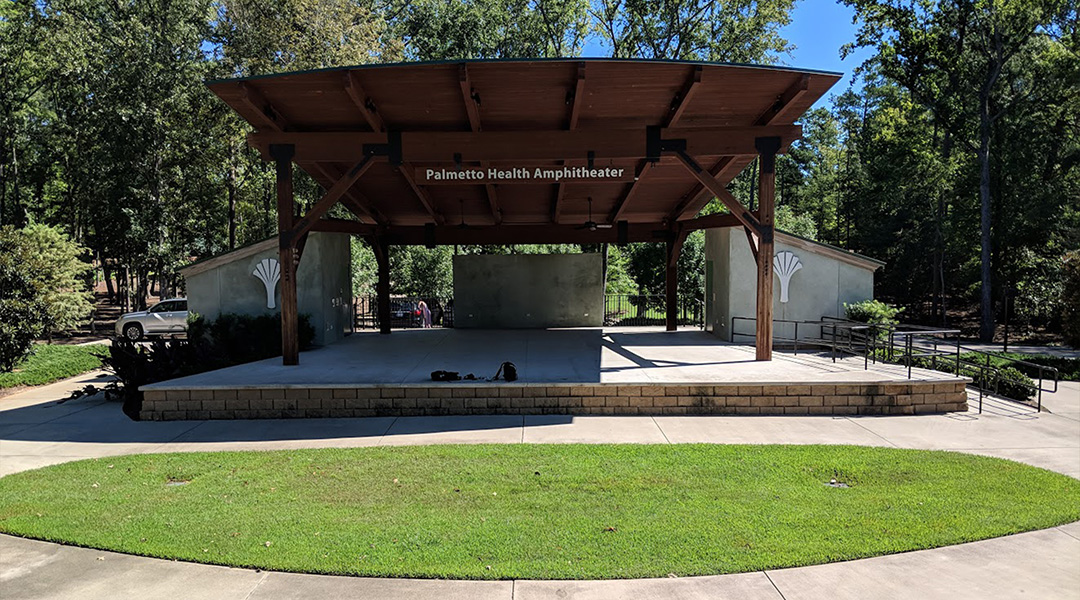 The Palmetto Health Amphitheater will host a number of performing acts and bands like The Root Doctors, The Blackwater Rhythm and Blues Band, Rob Crosby and members of the classic rock band, The Band. 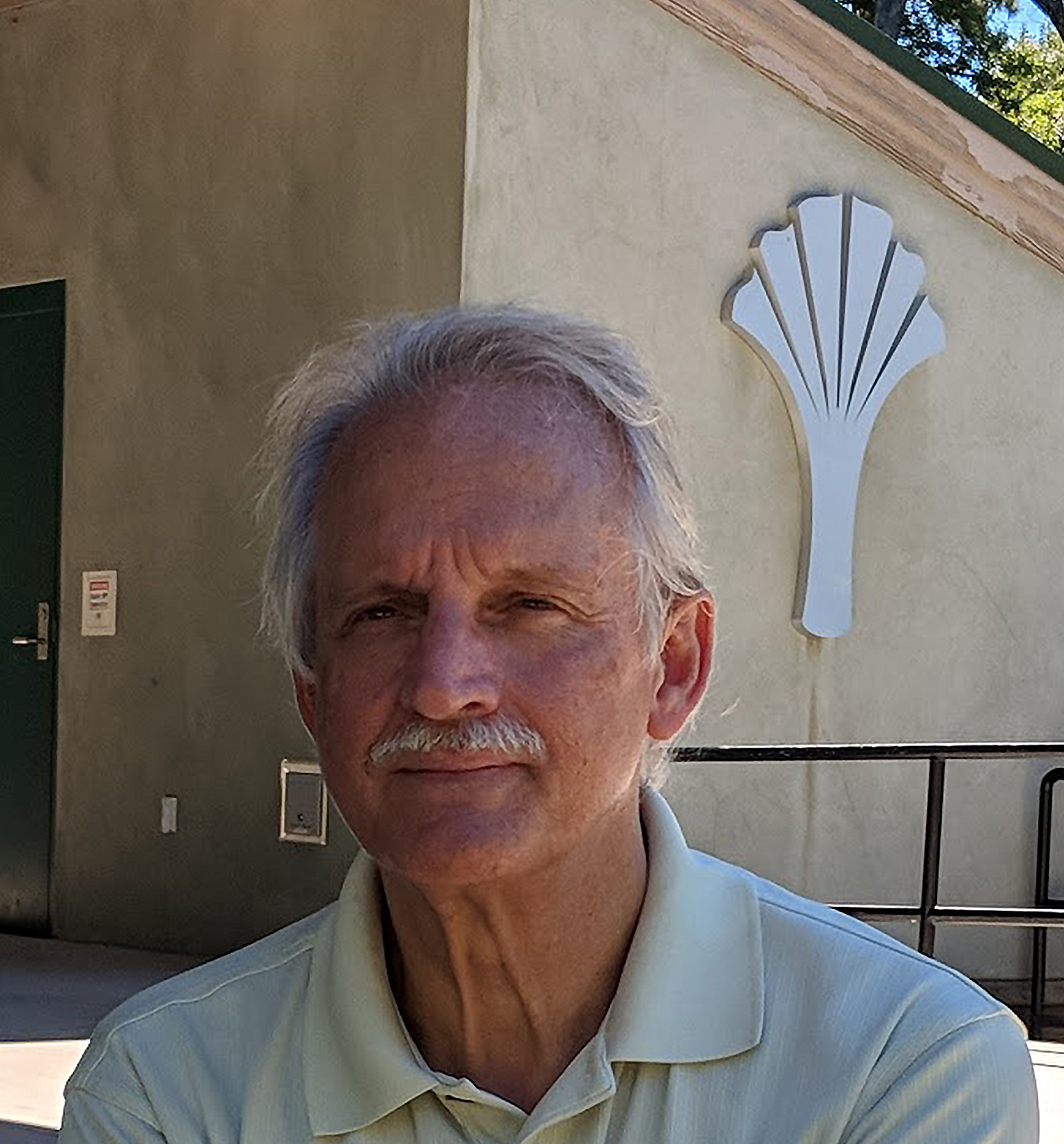 The Okra Strut’s commissioner Larry Slaughter has been leading the festival for four years but has been a volunteer for many years. Slaughter says that the Okra Strut has allowed him to meet many neighbors and folks around town.