Shelters suffer when animals are abandoned 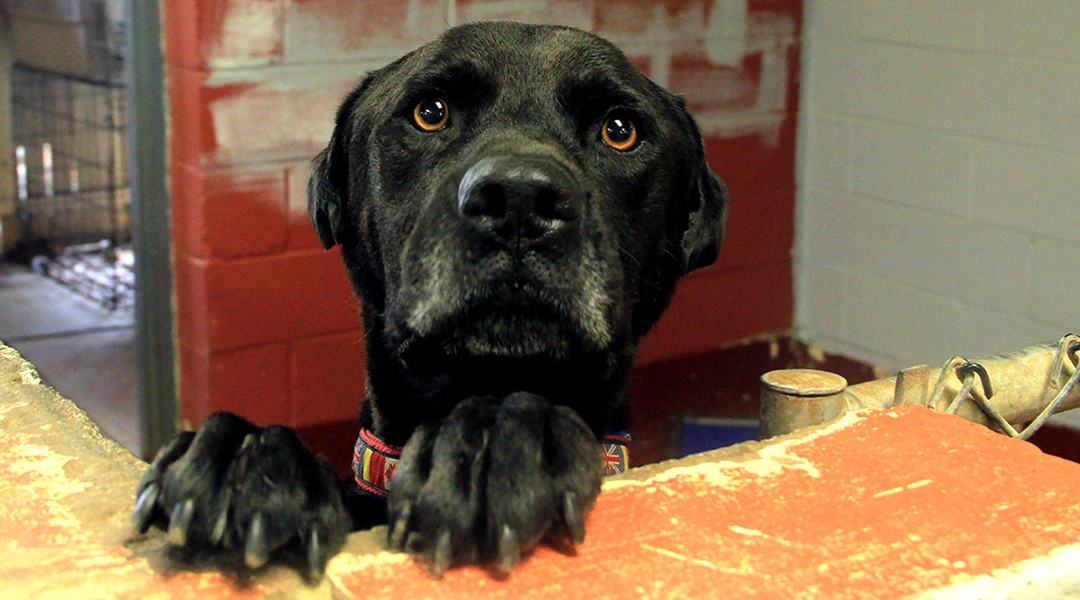 Pets Inc., a Columbia pet shelter says they just simply can not accommodate all the animals that come thru their doors. 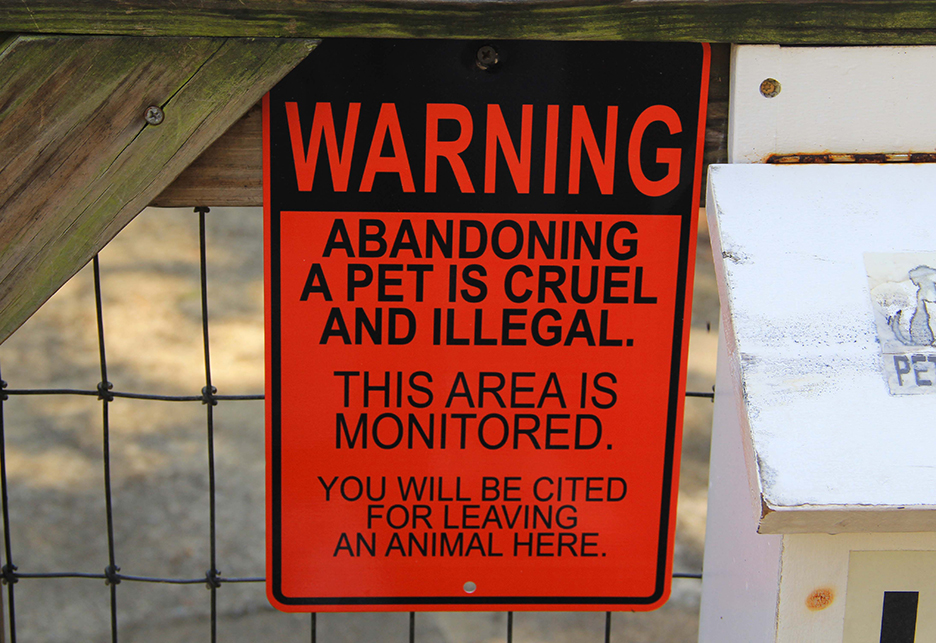 Signs such as this one can be found on the property at Pets Inc. While South Carolina law prohibits animal abandonment, people will still leave their animals on the grounds, officials said.

By Delaney McPherson
THE CAROLINA REPORTER AND NEWS

One of the first things you see when you enter the property of Pets Inc. Animal Rescue is an official-looking sign that reads “Warning. Abandoning a pet is cruel and illegal.”

Unfortunately, this sign does not always prevent pet dumping, even though the West Columbia shelter warns that the area is monitored and the business will take legal action.

Abandonment is still a serious issue for the shelter.

As far as dumping grounds go, Pets Inc. is a pretty good choice from an animal’s point of view. As one of the 38 no-kill shelters in South Carolina, Pets Inc. will keep dogs until they have found a home, once as long as 454 days. But their policy of not euthanizing animals means that the shelter can fill up, and stay full until the animals are adopted. In that case, they cannot take more animals, no matter how dire the need.

Recently, Pets Inc. took in more than 100 animals from coastal South Carolina shelters that were evacuating from Hurricane Irma. In order to make room for the new animals, Pets Inc. was forced to send the majority of their animals already in the shelter to foster homes, a step officials consider a worst-case scenario option.

Uncontrolled animal reproduction is part of what leads to shelters becoming overcrowded and animals being killed. A cat that is not neutered and her offspring can produce more than 400,000 cats in just seven years. Due to this, Wullner stresses the importance of a program called TNR –  trap, neuter, return.

Shelters will take in feral cats and neuter them, then release them back to their colonies. This prevents them from creating more cats who will eventually end up in the shelter, in some cases to be euthanized. According to the Solano Feral Cat TNR Task Force, it costs $50 to spay or neuter a cat, whereas it costs $100 to have them euthanized.

Wullner emphasizes how important it is to get animals fixed.
“In the spring, we’re overwhelmed. I get 20, 30 calls a day from people that found kittens and we just can’t take them all.”

The non-profit rescue operation attempts to accommodate every animal it encounters, but that goal simply is not realistic. The shelter can fill up and when that happens, it cannot take more animals no matter how desperate the situation.

Overcrowding can lead to illness and stress among the animals, which is why some shelters will decide to euthanize. While Pets Inc. tries to make the shelter as welcoming as possible for animals, it’s never an ideal situation.

“Animals can be psychologically depressed just like people. And being in the shelter, their health can go downhill. All animals need love and affection from people but some animals, it is truly detrimental to put them in a shelter,” Wullner said.

Pets Inc. is currently upgrading its camera system in order to identify people who dump animals on their property, but there is still a long way to go. According to a 2016 report from the Shelter Animals Count, there are more than 4,200 dogs in shelters in South Carolina. Based on the regional average, 10% of those animals will be euthanized.

Since the hurricane, Pets Inc. has adopted out seven of their evacuated dogs and plan to bring the dogs in foster homes back to the shelter soon. It costs up to $300 to adopt a dog from the shelter.

Warren spends the days she volunteers giving individual care and attention to dogs at the shelter, and marvels at how a dog’s demeanor can change when they’re given attention and love. But as much as the dogs need that solo attention, as long as the shelters stay crowded, the dogs will be left lacking.

Volunteer opportunities, events or animals available for adoption can be viewed at the Pets Inc. website. 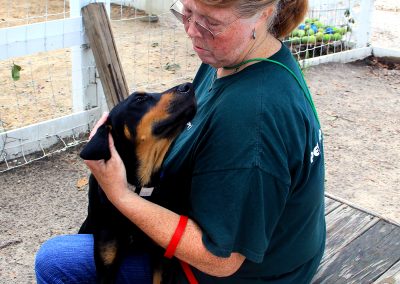 Volunteer Denise Warren takes shelter dog Peter out for a walk. “Once you bring them outside, their whole demeanor changes. Look at him, he just wants love,” said Warren. 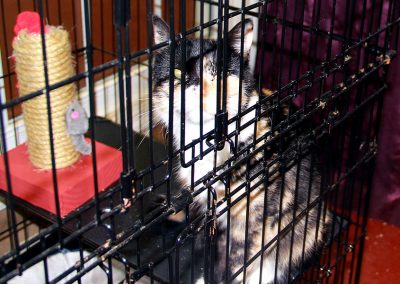 Pets Inc in Columbia, South Carolina is one of 38 no kill shelters in the state. But not euthanizing animals means that the shelter must sometimes turn away stray or feral animals or risk becoming overcrowded. 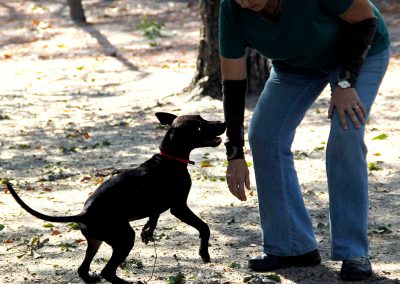 Another volunteer exercises a dog they call Diva pup. The puppy is the last of his litter still at the shelter, who were found abandoned. The rest of his litter has already been adopted.