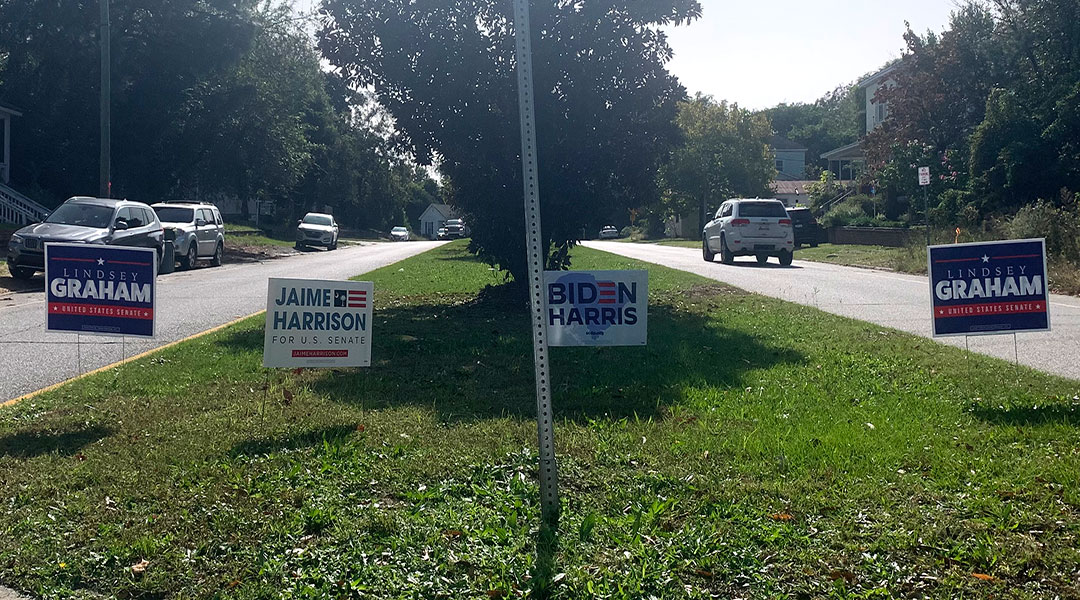 Republican Lindsey Graham won a fourth term to the U.S. Senate after defeating Democrat Jaime Harrison in the most expensive race in Senate history.

The intensity of the race was reflected in voter turnout, polling data and amount of funds raised by both candidates.

Harrison, a former state Democratic Party chairman making his inaugural run for public office, raised $100 million for his campaign, a figure that Graham could not match. But donations flooded in for Graham in the last weeks of the campaign as he presided as chairman of the Senate Judiciary Committee over the confirmation of U.S. Supreme Court Justice Amy Coney Barrett.

These astounding figures far exceed the combined $20 million that was raised amongst candidates last election.

According to the most recent poll conducted by Data for Progress, 49% of likely voters said they would vote for Graham, while 46% chose Harrison.

One of the biggest challenges Harrison faced in the election was straight ticket voting, said Robert Oldendick, a political scientist at the University of South Carolina.

“In this state, South Carolina, Donald Trump will win by eight to 10 percentage points… that would mean that five to 10 percent of the voters would have to split their ticket.”

Some voters, such as Charles Campbell who voted on Election Day, said this straight ticket advantage could be overcome by encouraging more people to come out and vote.

“If enough people come out and vote there won’t be odds (of winning),” Campbell said. “It will be a straight Jaime Harrison win.”

Robin McCormick, a state worker for the S.C. Department of Health and Environmental Control, said she voted for former Vice President Joe Biden and hoped to see Harrison win.

“It seems like he’ll be a new, fresh face for the Senate for us,” she said. But that was an uphill battle in a state where Republicans dominate the three top statewide offices and the congressional delegation.

Harrison ran his campaign with a focus on Graham’s inconsistencies in his loyalties and promises.

“Our senator did not fight for small businesses,” Harrison said at a Oct. 31 debate. “I know you like to tout your relationship with President Trump but if I were in the Senate and I was friends with the president, I would have said ‘Mr.President, I need more money for small businesses’ and you did not do that.”

Graham warned of an impending socialism should Republicans fail to keep the Senate.

“If the Senate goes to Democratic hands, the house, the Senate and the White House, we will see the most radical change in our country,” Graham said. “They are going to do away with the border security we have achieved and go to open borders and health care for illegal immigrants. They are going to change the structure of the Supreme Court to make it liberal.” 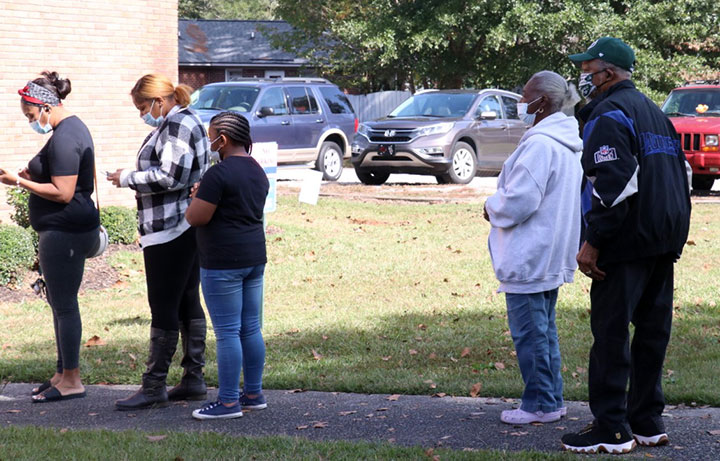 Voters stood in line Tuesday morning to vote in Cayce, South Carolina at the Ward 2 precinct. 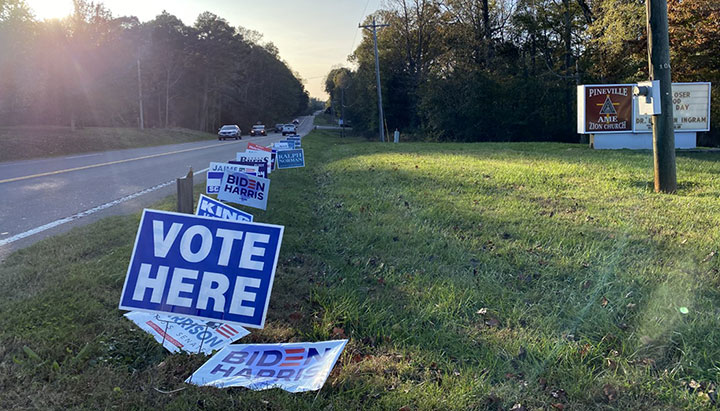 Campaign signs “Biden Harris” and “Vote here” line the side of a road near a voting precinct.