Trump and Biden locked in battle for presidency 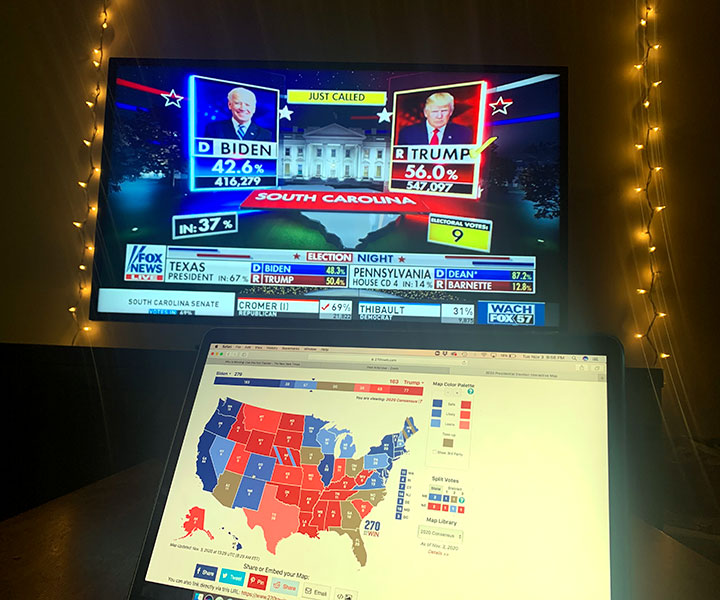 President Trump and former Vice President Joe Biden were locked in a head-to-head battle early Wednesday as millions of ballots were tallied in the 2020 presidential race.

As of 5 a.m. Wednesday, no winner has been declared in the U.S. presidential election that has stirred passions and divided Americans. Joe Biden leads Trump 227 to 213 in electoral votes.

Key battleground states such as Wisconsin, Michigan, North Carolina, Georgia and Pennsylvania have yet to be called. Trump currently leads in every state but Wisconsin, where he trails by 11,000 votes.  Trump led Wisconsin by 109,000 votes before Milwaukee County’s votes were counted.

With 85% of votes reported, Trump claimed an early victory in South Carolina with 56.4% majority.

While nearly 100 million Americans voted early as of Monday, Trump has consistently claimed that mail-in ballots will lead to widespread voter fraud. He continued this claim early Wednesday morning as he addressed the American people from the White House. Trump has threatened to file lawsuits to stop the counting of late-arriving ballots in some states

In the final days leading up to the presidential election, the U.S. Supreme Court has been hammered with requests from parties in battleground states seeking to change election rules.

The Supreme Court ruled ballots can arrive up to nine days after Election Day in North Carolina and up to three days late in Pennsylvania.

Biden led Trump by 10 percentage points nationally, 52% to 42%, according to an average of national polls since Oct. 26.

Biden held campaign events in Scranton and Philadelphia, Pennsylvania earlier this week. He planned to address the U.S. from Wilmington, Delaware, on Election Day evening.

Trump held campaign rallies across North Carolina, Pennsylvania, Michigan and Wisconsin earlier this week. Democrats have criticized him for holding large rallies with a lack of social distancing and no masks during the COVID-19 pandemic.

As for Biden, his rallies have been much smaller, with respect to social distancing and use of masks, while also hosting drive-in rallies to go further in ensuring safety.

The large rallies are evidence that Trump has a die-hard base. He came into the 2016 election advertising himself as a businessman and assured his supporters he was not a career politician like former Secretary of State Hillary Clinton, and now Biden.

Biden served eight years as vice president under President Barack Obama and 36 years as a U.S. senator of Delaware.

Trump has attacked Biden repeatedly in both presidential debates regarding Biden’s tenure in office and what Trump has called a lack of results from Biden in that time.

“In 47 months, I’ve done more than you’ve done in 47 years, Joe. We’ve done things that you never even thought of doing,” Trump said during the first presidential debate.

Biden has consistently attacked Trump’s handling of the coronavirus and vowed to enforce stricter mandates to slow, and eventually put an end to the coronavirus pandemic.

Biden declared throughout his campaign that Trump failed to condemn racism and white supremacists groups, as the Black Lives Matter movement took shape over the summer. Trump fired back at Biden’s comments condemning the burning and looting of businesses during riots after murders of African Americans due to police brutality. 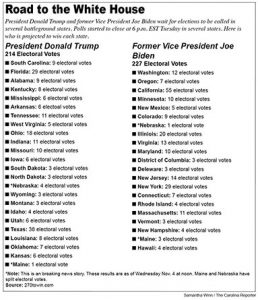 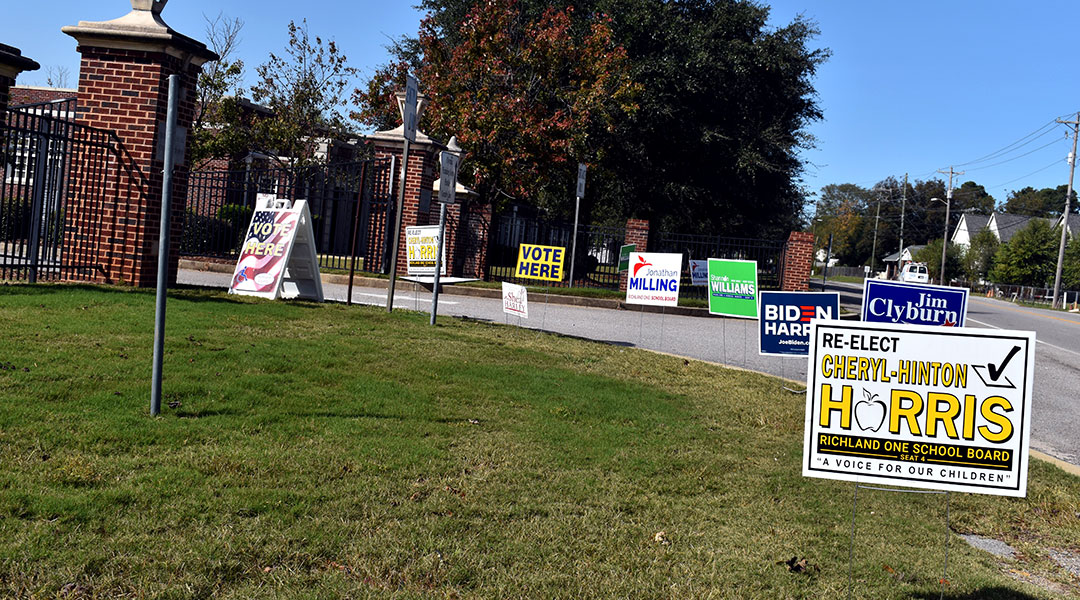