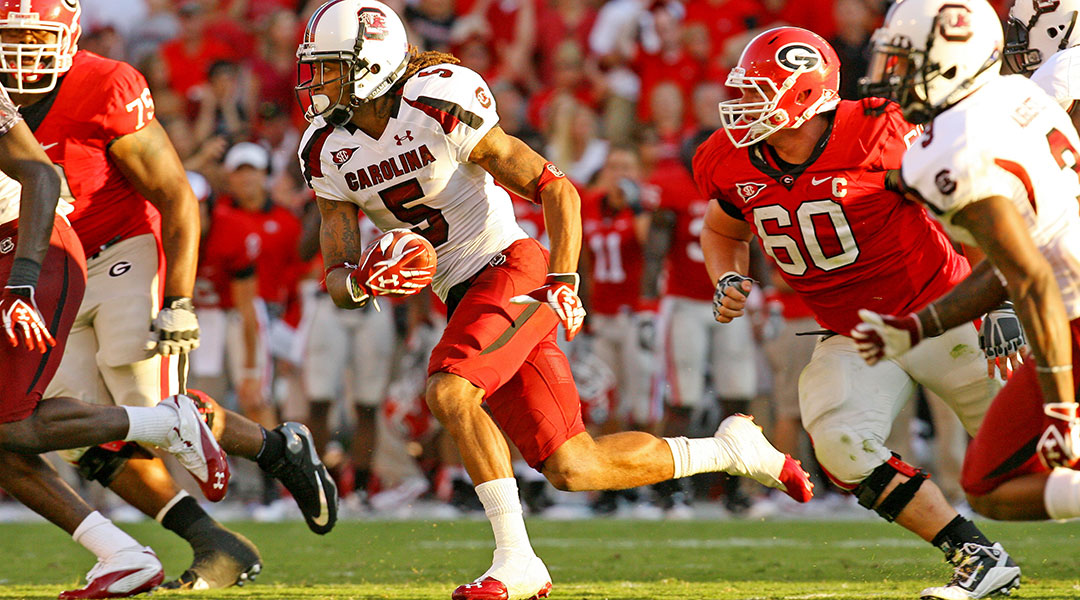 Stephon Gilmore played in all 12 games as a freshman cornerback at USC and earned Freshman All-American honors. Photos courtesy of South Carolina Athletics

Former University of South Carolina and New England Patriots cornerback Stephon Gilmore was traded in a stunning move that will change the NFL landscape. Gilmore was traded to the Carolina Panthers for a sixth-round pick in the 2023 NFL Draft Wednesday.

The trade comes after an announcement earlier Wednesday morning that Gilmore was going to be released by the Patriots. After the two sides failed to restructure his contract, the Patriots decided to part ways with the former NFL Defensive Player of the Year.

Gilmore spent five seasons with the Buffalo Bills before he was signed as a free agent by the Patriots. He spent four years with the Patriots before they traded him Wednesday.

In 2017, Gilmore became a free agent and signed with the New England Patriots. His career shot off in New England, where he was named a first team All-Pro in 2018 and 2019. He made three straight Pro Bowls from the 2017 season to the 2019 season. He helped the Patriots win Super Bowl LIII in 2019, when he also won NFL Defensive Player of the Year. He was only the fourth cornerback to win the award since 1990.

Gilmore missed four games due to COVID-19 last year. He also suffered a quadricep injury late last season that has kept him off the field.  On Aug. 31, the Patriots placed Gilmore on the Physically Unable to Perform list, and he hasn’t made an appearance in a game this year.

While he may be grabbing a lot of attention from teams, Gilmore hasn’t reached a deal mostly due to his age and injury history. Gilmore is 31, which is past the peak for most NFL players. In his NFL career, Gilmore has required four surgeries and has suffered three concussions. While he’s still regarded as one of the top cornerbacks in the league, his contract is too expensive for a lot of teams.

Gilmore began his football career at South Pointe High School in Rock Hill, South Carolina. At South Pointe, Gilmore, who has excelled as a defensive back, also played quarterback due to his athleticism.

In high school, he rushed for 1,331 yards and passed for 1,771 yards to go along with his stellar play at defensive back. He was awarded the South Carolina Mr. Football Award, which is given to the top player in the state.

After his South Pointe team went undefeated and won the state championship his senior season, Gilmore went to the University of South Carolina to start his collegiate football career. Gilmore graduated from high school early so he could participate in the Gamecocks’ spring practice. He would go on and earn a starting role on the Gamecock defense his freshman year.

Gilmore would record 52 tackles, five tackles for loss and two sacks as a freshman, which helped him gain national recognition from national outlets.

Throughout his three years as a Gamecock, he collected 181 tackles, 15 tackles for loss, seven sacks and eight interceptions. He was a third team All-American in 2011 and was named to the All-SEC team in 2010 and 2011.

Gilmore was an integral part of the 2010 Gamecocks team that not only upset top-ranked Alabama but also went to the SEC Championship for the first time in program history.

After declaring for the NFL Draft his junior season, Gilmore attended the combine and impressed the NFL coaches and scouts that were in attendance. That performance, along with what he did for the Gamecocks, earned him the No. 10 pick overall to the Buffalo Bills in the 2012 NFL Draft. He made one Pro Bowl appearance in 2016 for the Bills before he joined the Patriots.

With Gilmore soon to be playing for the Panthers, he will have the chance to mentor another former standout South Carolina defensive back Jaycee Horn. Horn, who is currently on the injured reserve, was drafted with the No. 8 overall pick in the 2021 NFL Draft. 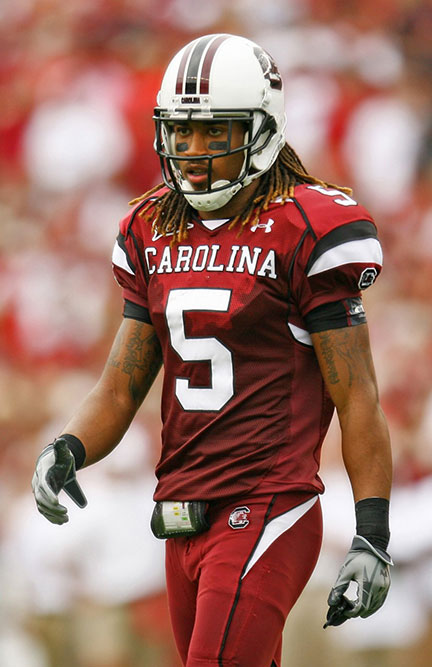 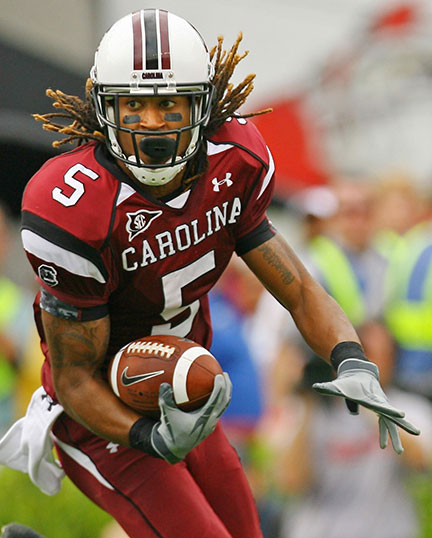 Coming out of South Pointe High School in Rock Hill, S.C., Gilmore chose the Gamecocks over Clemson and Alabama, among many other college programs. 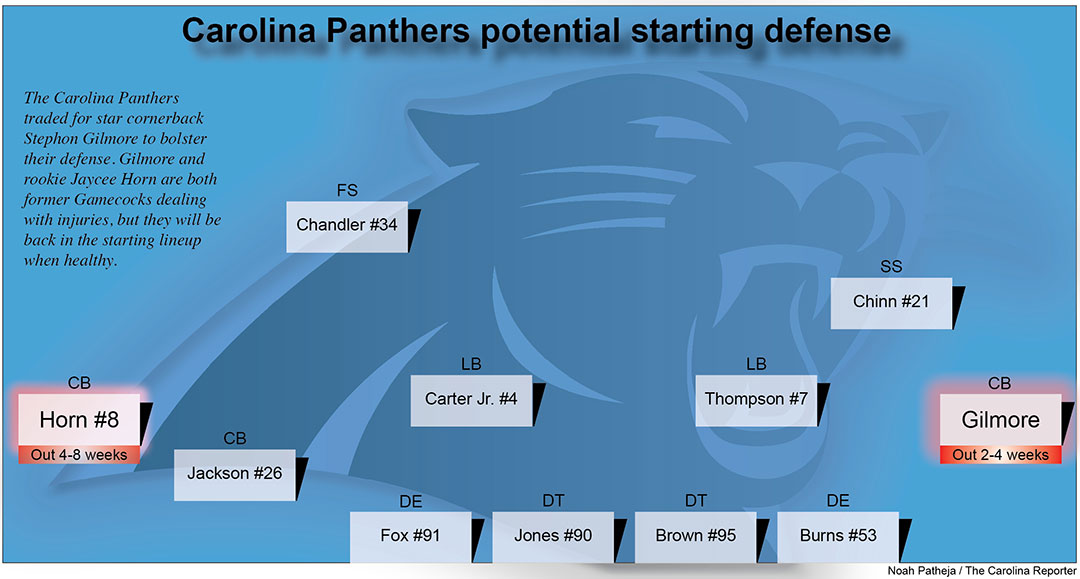