Columbia comic conventions allow cosplayers to connect with each other, show creativity 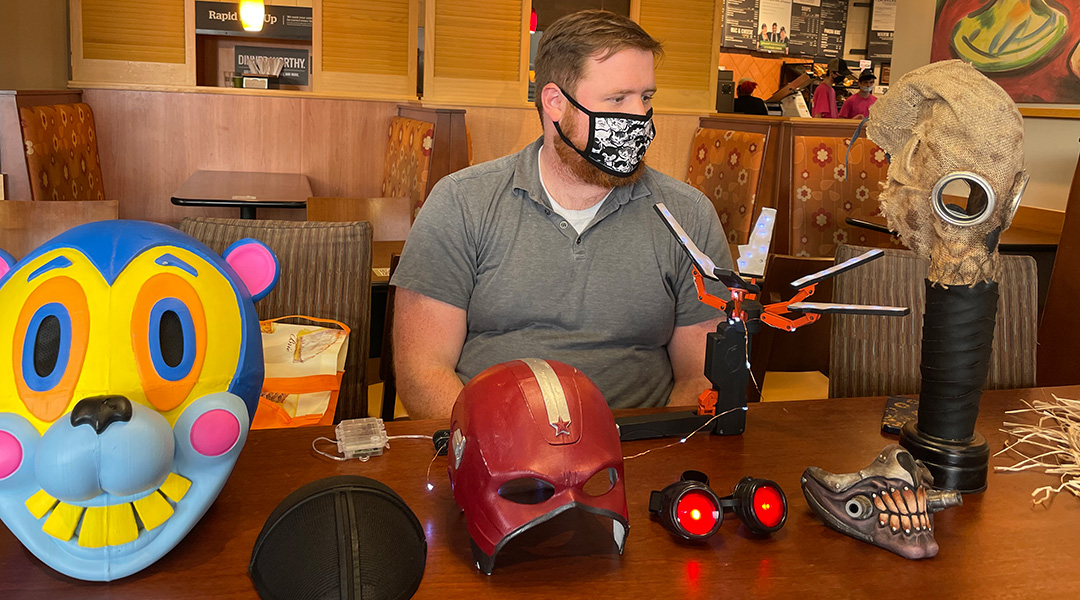 Santiago Azpúrua-Borrás, a cosplayer from Columbia, looks over some of the costume pieces he made. His new pride and joy is his Odradek, a tool from the video game Death Stranding, that lights up and folds. Photos by Mackenzie Patterson

On a recent weekday, Santiago Azpúrua-Borrás unloaded all kinds of things you wouldn’t expect to see in the middle of a Panera Bread restaurant — a 3D printed helmet resembling a neon-colored bear, a pair of red light-up goggles, a messy straw hat and a World War II Soviet-style gas mask covered in burlap.

As diners watched, he took them out of his bags and set the items on the table, one-by-one, with all the care of an adoring creator.

Azpúrua-Borrás, an award-winning Columbia-based cosplayer, taught himself how to build cosplays as a hobby while working full-time as a high school Spanish teacher. Cosplay can be defined as dressing up as your favorite fictional character from comic books, video games, anime or other works.

“Basically, cosplay is when a fictional character means so much to you that you wish to become them even temporarily. You want to pay tribute to that character by replicating their 2D or 3D non-real world look and bringing it into our reality,” Azpúrua-Borrás said. “I think the best cosplays come from a place of love and a passion for the original subject material that you’re cosplaying from.”

To some, comic-cons and cosplay might feel like another language invented for the television show The Big Bang Theory, but for the cosplayers and con-goers of South Carolina, conventions are a chance to be the person you’ve always wanted to be. They will have plenty of opportunity this month, with two conventions set on separate weekends.

Cosplay is an important element of “geek culture” that allows fans of all ages to dress up as their favorite characters year round. Some costumes are store bought, while others are entirely handmade.

Kim Case has years of cosplay experience that led to her opening a photography studio, Studio 3P, that often serves cosplayers from the area. Her photographs of one cosplayer earned recognition from a voice actor for the video game character her friend cosplayed. Passion for the actors, artists and subject matter that build pop culture runs rampant in cosplay spaces.

“(My friend) said that the video game has spoken to her so much, and I’m not real familiar with the character — obviously a very strong woman — but she said that that inspiration, that person that she did from that video game, helped her get through stuff. So of course you want to dress up and be that person for a while,” Case said.

She also shoots self portraits to capture her own costume work. Her White Rabbit cosplay is one of the intricate pieces she created based off of an original character idea that she keeps in the studio to show guests.

Businesses built on cosplay aren’t uncommon in Columbia. A short drive will land you at Soda City Art, a graphic design shop that houses a studio for making helmets, armor and props.

The owner, Christopher LeBeau, is working on around 10 projects for Soda City Comic Con, and some of them are paid work from cosplay clients. His studio is littered with 3D printed pieces in progress, but his favorite and most rewarding project yet is a Heavy Mandalorian build that will be on display at Soda City Comic Con.

Soda City Comic Con is one of two conventions in Columbia this October. The con attracted 3,000 attendees its first year in 2015 and expects to have 10,000 during the weekend of Oct. 30-31 at Columbia Metropolitan Convention Center. Donald Brock Jr., a co-founder of Soda City Comic Con, said he hopes the event will provide family-friendly fun.

“We’re looking to create experiences for anybody that walks through the door — whether you’re 4, 40 or 84, you can still show and have a good time doing something. Even if it’s just watching people show up in costumes, because there’s a lot of people that do that,” Brock said.

A smaller convention, Banzaicon, will take place this Friday-Sunday at the DoubleTree by Hilton Hotel in Columbia.

As he continues to plan for local cons such as Soda City, Azpúrua-Borrás now has dozens of cosplays built with years of work. His cosplay of the DC character Scarecrow even drew the attention of the artist behind the character, connecting him even more to the character that he loves.

“It’s a fantastic community. I really suggest everybody who’s interested in that kind of stuff naturally try it at least once,” Azpúrua-Borrás said. 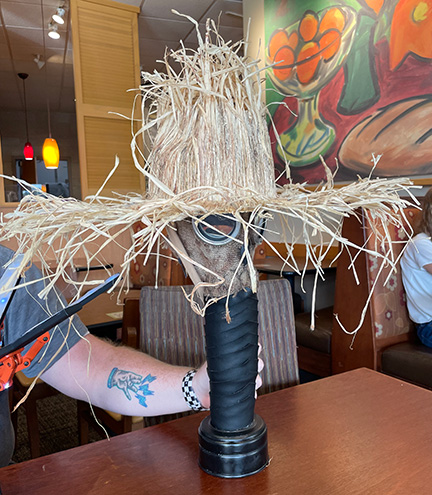 Azpúrua-Borrás’ Scarecrow cosplay was complimented by the DC artist behind the character design, Jorge Jimenez. 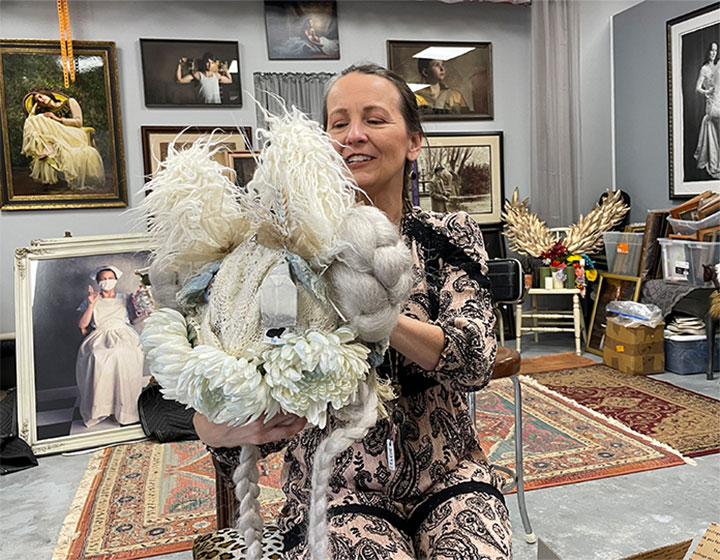 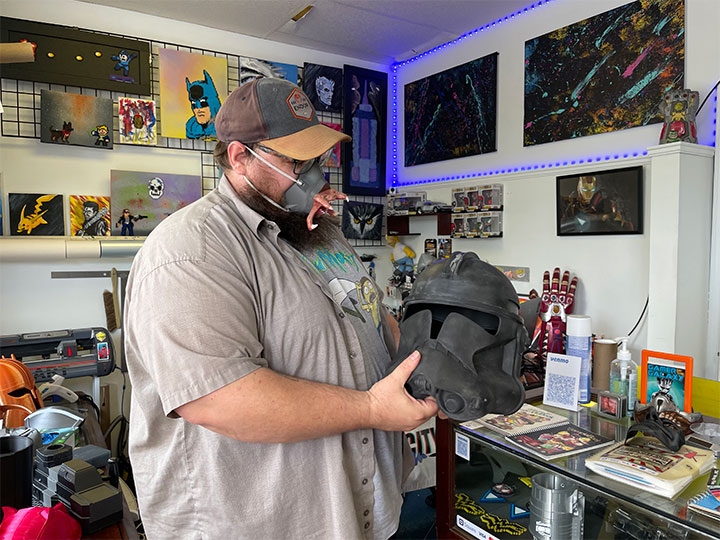 Christopher LeBeau builds intricate cosplay helmets and props in his studio for clients throughout Columbia. 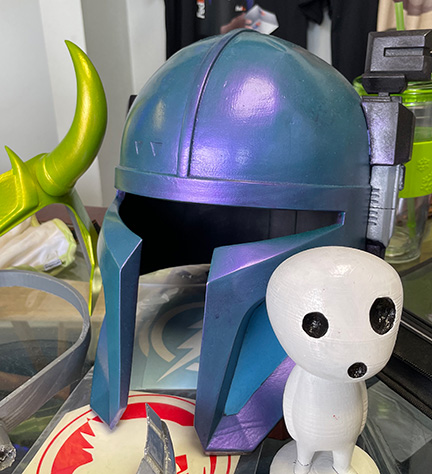 Christopher LeBeau’s Heavy Mandalorian helmet is part of his most intense cosplay build yet. The helmet is on display in his store, Soda City Art. 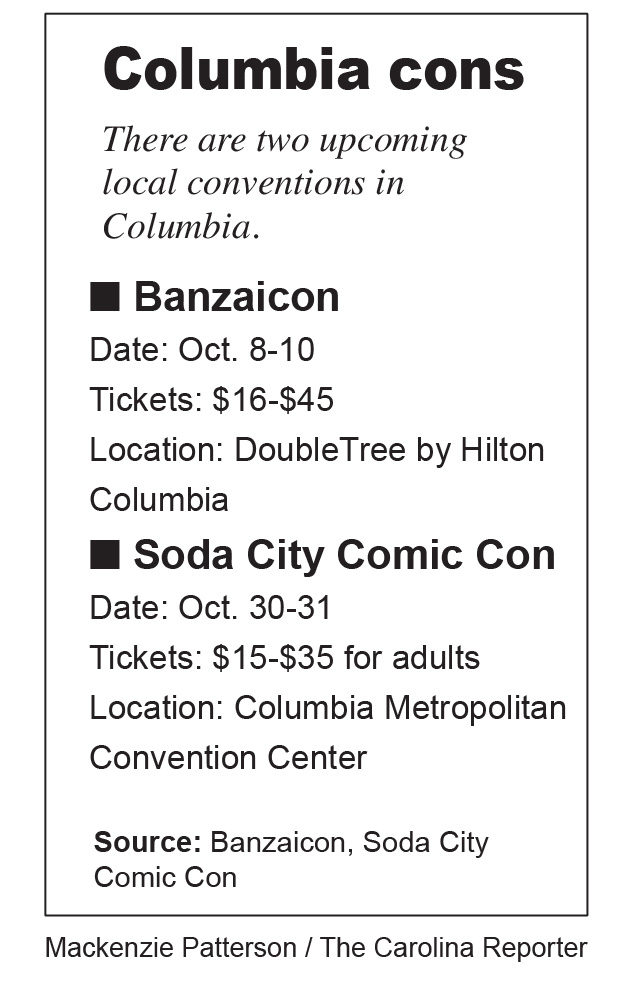