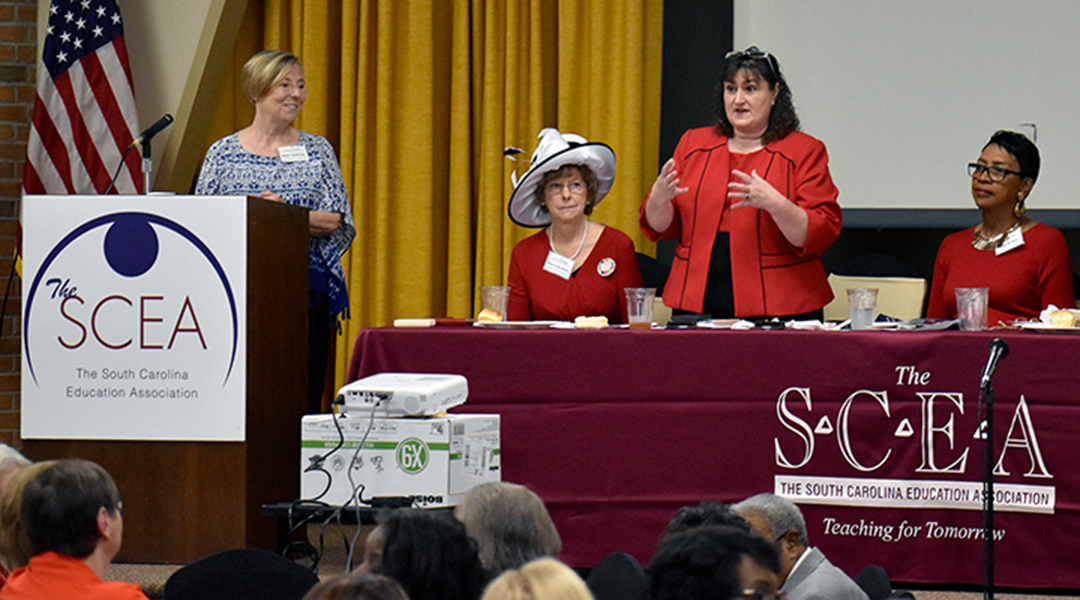 This year was touted as the year of education reform in South Carolina. Now, legislation has stalled and it is possible that reforms will not take place at all or that pieces of the bill could be passed on a much smaller scale.

South Carolina Education Association President Sherry East said Wednesday there are several areas of concern that still need to be addressed, even after months of work on the K-12 bill.

The No. 1 piece of advice to legislators from former education professionals at the SCEA-Retired Annual Convention: Get teachers’ input when constructing the bill. With South Carolina teachers leaving in droves from the classroom, and fewer college students choosing education as a career, lawmakers early on had characterized the situation as dire. But with a month left in the legislative session, the momentum for change has sputtered.

“From the beginning, in reading it and how it was given to everybody, without any teacher or educator input, it was absolutely ridiculous,” said Jackie B. Hicks, the SCEA’s legislative chairperson.  “You don’t pull together a bill like this if you’re wanting to change things.”

Former education professionals at the convention on Wednesday showed outrage over not just the possibility of the bill failing, but over the legislative process since its conception.

“They just had a certain group of people who are not educators putting this together,” Hicks said.

There is definite outrage over the lack of educator input in the bill, but it is not blind rage. The retired educators at the convention offered ideas on ways to improve based on their years of experience educating in South Carolina.

“We’re going to have to start, number one, listening to teachers,” said Kim Ruff, a retired Lexington County School District 3 teacher of 39 years. “I mean, all they have to do is go to their local school districts and interview a few [teachers], and they’ll have every bit of information they’ll need.”

“I think we should have a teacher task force, where you get together teachers from around the state at every level, and ask them what they want and what would help,” East said.

Elizabeth Gregory spent 31 years as a librarian in Richland School District 1. She said the bill is all about traditional classroom teachers, but forgets about librarians – one of the exceptionally few positions in K-12 education that requires a master’s degree.

She said that some districts could honor planning time for everyone, but in others they might not. “What has happened in the past, they will schedule librarians to provide the planning time and they will give them one period, if they’re lucky, per day.”

Gregory said that does not always work out because of the other duties that librarians perform. Dealing with technology issues, the school news shows, the school’s web page and teaching computer skills often fall to them, even though media literacy is considered the primary function of the job.

“Collection development, whether it’s for eBooks or resources, takes time,” she said. “You have to examine and determine what resources are best for your particular school and your particular children to meet curriculum standards, and that takes time.”

A key portion of the bill aims to address educator retention. While the bill would increase teacher salaries, many do not think that it does enough.

“One thing I think definitely we need to do is to make sure teachers are not being paid as if we’re doing it just because we love to teach children,” said Beverly Diane Frierson, the vice president-elect of the SCEA-Retired.

“I remember when McMaster was running and I went to the debates,” Frierson said. “He said something like, ‘Nobody enters the teaching profession to get rich,’ and it made my skin crawl. People think of teachers as if they’re some altruistic group of aliens that want to work two and three jobs and struggle to make ends meet.”

Gregory said that leaving school with heaps of debt to enter the profession in its current state, is just not appealing to young people.

“I don’t know what I could say. I have grandchildren, and nary a one that really wants to become a teacher, and one of the things they look at is the pay,” she said.

“I’ve seen teachers come and go,” said Ruff. “My own son did this. He taught for two years and said, ‘I can’t do it like this.'” 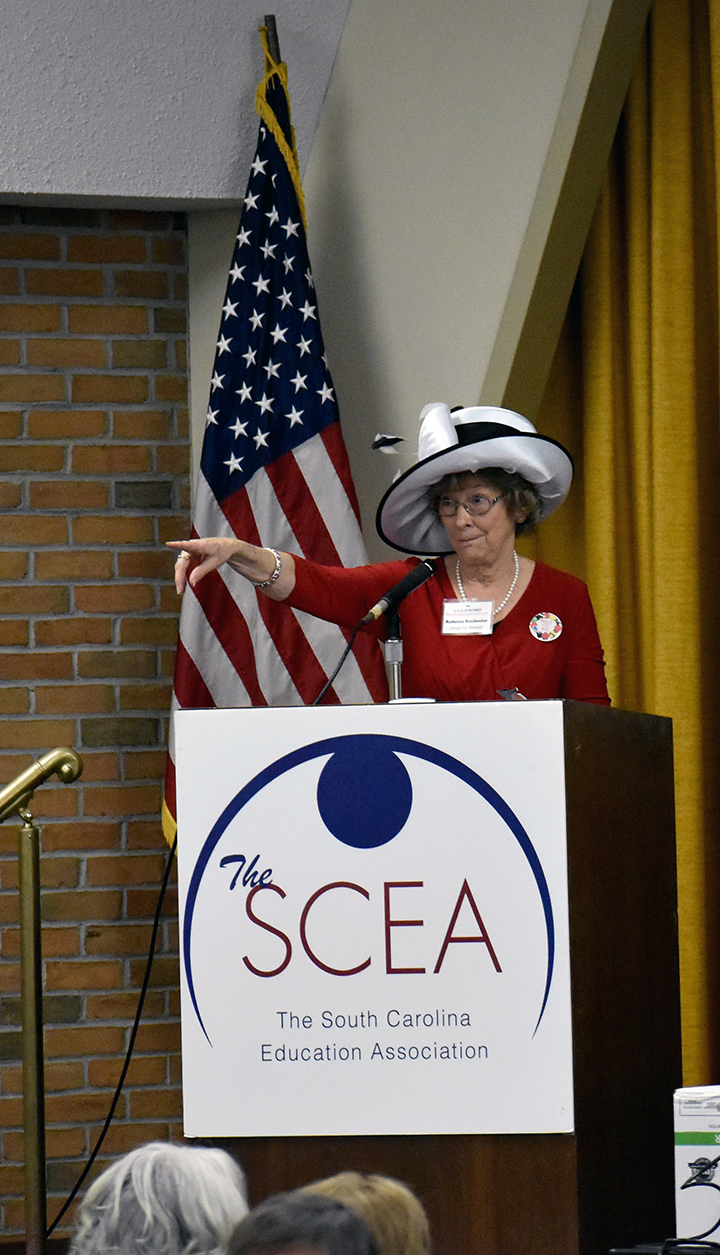 Dozens of retired educators gathered at the SCEA-Retired Annual Convention. Education reform was a primary topic of discussion all afternoon. 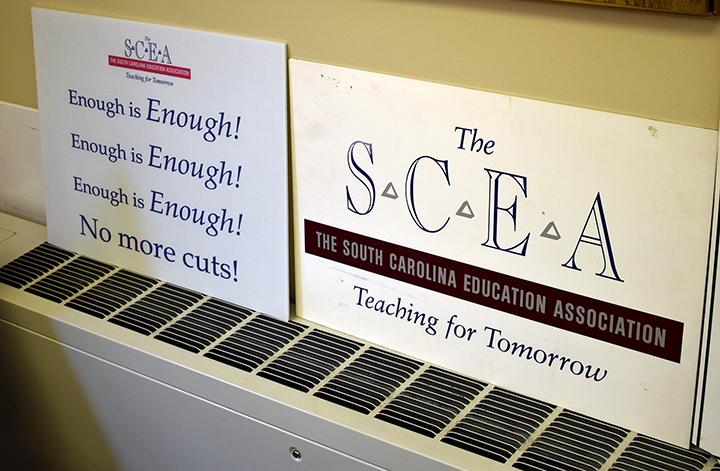 Signs on display are clear with the SCEA’s message: enough is enough. President Sherry East said the organization will continue to advocate and support educators in the state.