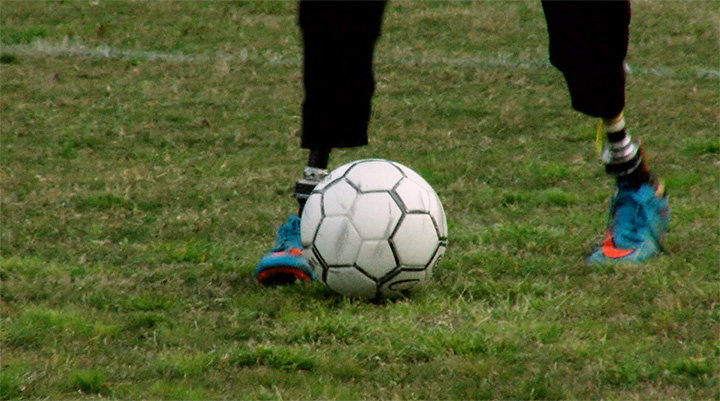 Reynolds contracted bacterial meningitis when she was just 10 months old. Surgeons had to amputate her legs below the knee and remove nine of her ten fingertips.

When Reynolds and her twin sister were 5 years old, her parents put them in co-ed soccer and Reynolds fell in love with the sport.

However, she said that not everything came to her naturally.

“Some stuff I have to try way harder just to be decent at, while other people don’t have to try that hard to be good at it. Sometimes that used to be really hard for me but my parents just told me ‘don’t feel sorry yourself. You just have to work harder,’” Reynolds said.

Reynolds’ hard work got her offers from other schools like Mercer University and Columbia College, but she fell in love with Penn State Beaver as soon as she set foot on campus.

“I went to visit Penn State Beaver, and I didn’t expect to fall in love with it so much and the family atmosphere that they have. That’s what made me want to go to that school,” Reynolds said.

Reynolds determination is something her Orangeburg Prep soccer coach believes should motivate the entire team.

To this day, soccer is just something that Reynolds loves and gives her confidence.

“Soccer season is the time of the year when I’m most happy because it’s just a sport that I love. It’s pure happiness to me because I just love doing it, and I’ve been doing it since I was little,” Reynolds said. 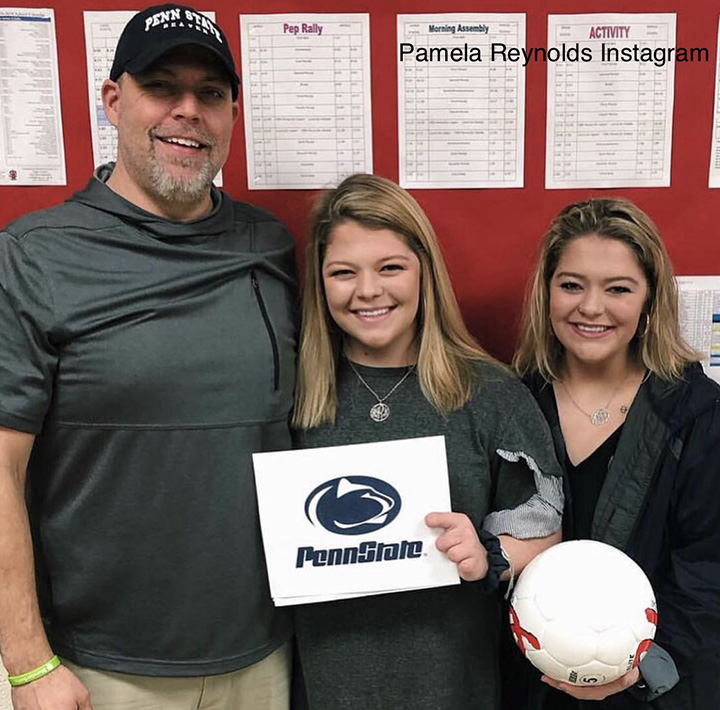 Pamela Reynolds poses with her father and twin sister after signing a letter of intent to play soccer at Penn State Beaver. 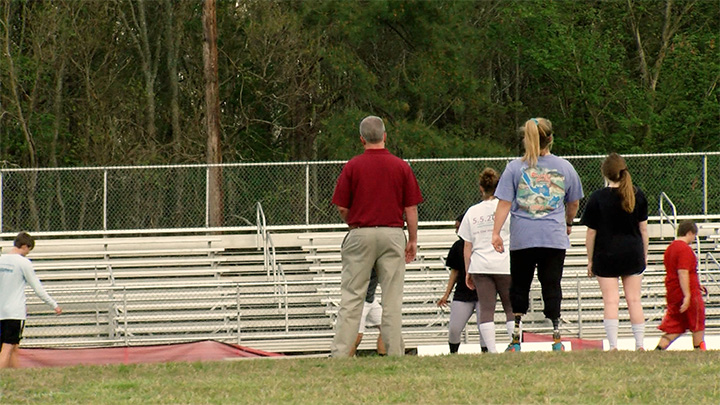 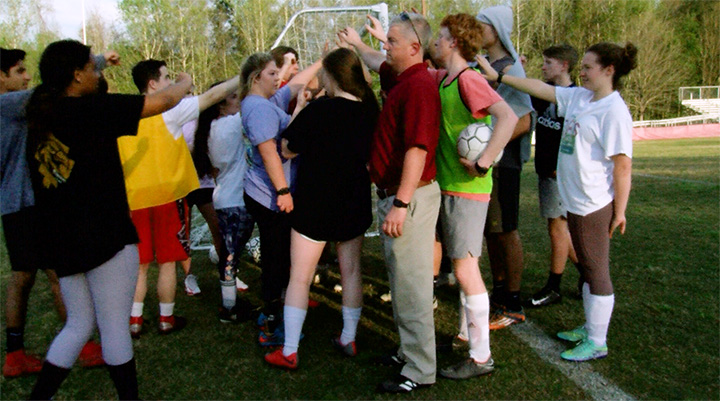 Pamela Reynolds and the Orangeburg Prep soccer team huddles at the end of practice. 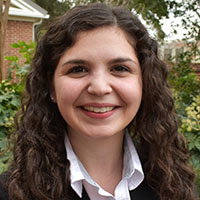 Angelica Iglesias is a broadcast journalism student with a passion for connecting with communities and music. She has loved consuming news since she was 14, so journalism always seemed like the perfect fit. She was head intern for The Lexington Ledger for two years doing everything from covering stories to co-hosting the morning show. She's a music writer for The State’s “GoColumbia” section and produced a podcast for the University of South Carolina Department of English. Her dream is to one day interview her favorite band, Kings of Leon.