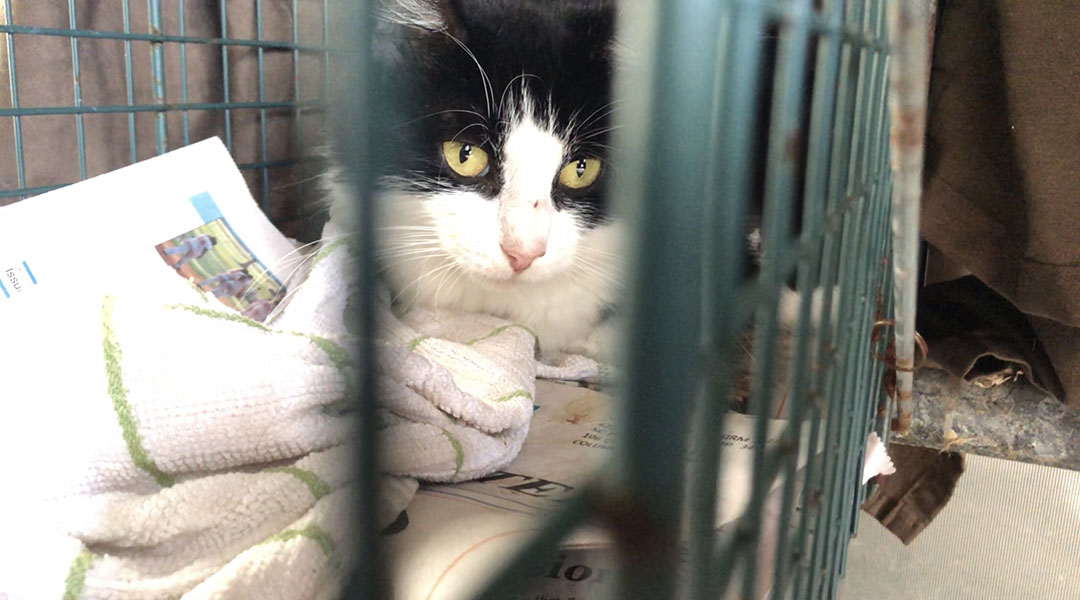 A male cat waits patiently in a shelter created by Diana Miles, who has neutered or spayed 2,000 feral cats through her organization.

Diana Miles could be considered a modern-day saint in the world of cats. For the past ten years she has been trapping, neutering and releasing feral cats.

Miles is the founder of Saved by Grace Ferals and Felines, a non-profit organization based in Lexington County.

Her mission is to spay and neuter every cat she can, to help decrease the estimated 56 million feral cats in the U.S. In approximately Nine years a female feral cat, her mate, and their offspring will have produced over 11 million kittens, making spaying and neutering so crucial.

Cats will go into heat as early as four months old and continue to reproduce with two litters a year. That’s why spaying and neutering is so important, she said.

Miles started trapping, neutering and releasing when she saw a hungry cat outside her church ten years ago.

“I saw a cat in the back of my church, and so my first thought was I think we better bring it food,” she said, “But then I thought I think I need to have it fixed or its gonna start having kittens.”

Miles caught the cat in a carrier then took it down to the Humane Society on Shop Road.

A representive of the Humane Society told her she was going to need traps for catching feral cats. That led her to Tractor Supply Co., a Midlands farm supply store.

Her operation has now grown to 30 traps, although she only uses ten at a time because that is how many will fit in her car.

Experts say trapping, neutering, and releasing is the best way to handle feral cats because it is to stressful for the cats to become socialized for adoption.

“You can’t adopt feral cats out so that’s the best way to ensure that they’re not going to procreate, creating a bigger issue in the community with the feral cats,” said Victoria Riles, foster coordinator at the Humane Society.

Miles has helped 2,000 cats by taking them to be spayed and neutered. She does this with the aid of donations, adoption events and Pawmetto Lifeline, a non-profit animal rescue organization. 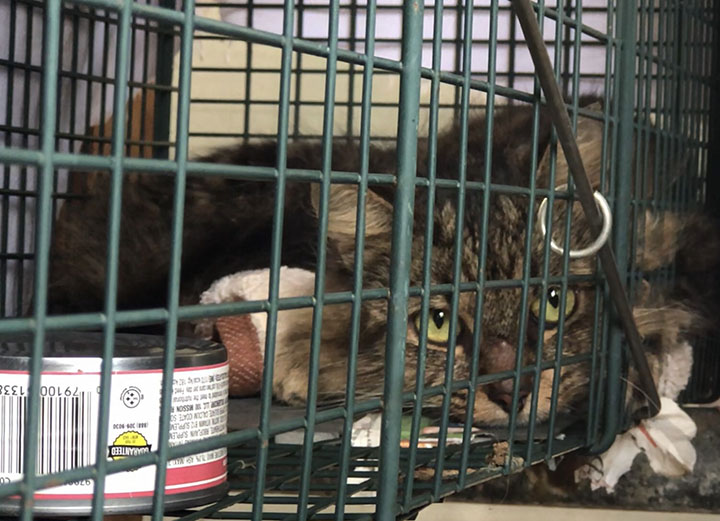 This feral tabby cat was spayed before being returned to the outdoors. 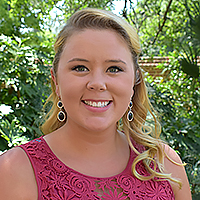 Goodale’s passion for being in the middle of the action at any sporting event is what drives her ambition to become a sideline reporter. Goodale is also interested in travel journalism and lifestyle. She ran the social media for a non-profit organization, River’s Edge Retreat, here in Columbia, SC for three years. She then worked in public relations for another non-profit, Generation Next for one year also in Columbia, SC.