What goes around comes around, and this time it’s vinyl records. After being an all-but-dead industry for the better part of the last 40 years, vinyl records once again reign supreme over CD’s. But it might be for more than one reason.

“I think the number one reason is that people just prefer the way it sounds,” said Tim Smith, owner and founder of Papa Jazz Record Store. “There’s a whole list of contributing factors, but I think that’s probably number one.”

The quality of records and more advanced record players certainly play a factor in the revival of vinyl. For those who have recently become audiophiles, however, say there is a much different reason.

Zach Frehse inherited his parent’s collection of vinyl records years ago. As they sat around in their shelves and on his walls they were nothing more than eye candy, until COVID-19 struck last March.

“I’ve always wanted a record player,” said Frehse, of Columbia. “When everything slowed down and when everyone was locked home was when I found the need for playing some of these old records.”

In a way, the pandemic helped records out-sell CD’s in 2020. Record sales have been on a steady upward climb for the last decade, with a sharp peak in sales during the last three years. According to the Recording Industry of America, CD sales have held steady for the last decade and a half. That, paired with a pandemic that forced many American’s to stay home, meant that people continued consuming media while exploring new hobbies.

Due to sporadic new listening times for many working Americans, Spotify and Apple Music both had good years in 2020, but nothing out of the ordinary. Vinyl records were the only music medium that made money in 2020, according to the Recording Industry of America.

The resurgence of records comes as a surprise on the surface, but it could have been seen from a mile away. Americans have a canny ability to take what is old, recycle it and make it popular again, but nobody thought that a pandemic would be what put vinyl back on the top of the charts. 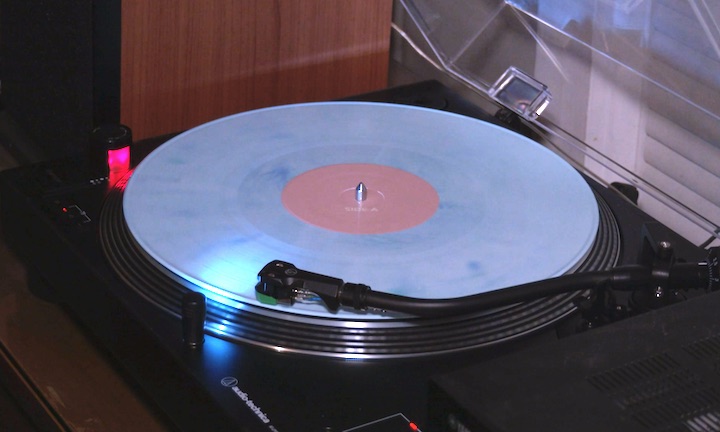 “Soft Spots” by Adult Mom plays on Zach Frehse’s record player. Frehse got his record player, speakers and amplifier in the early days of the pandemic. 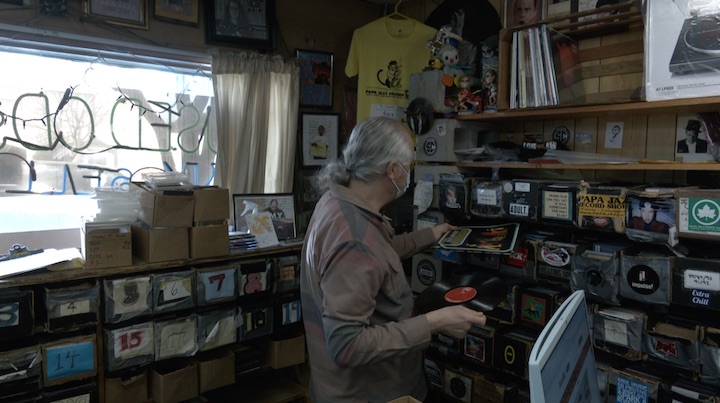 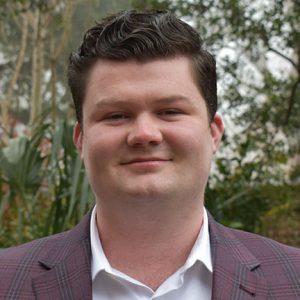 Ross Mashburn is a senior broadcast journalism student from Myrtle Beach, South Carolina. As a native of the state, Ross is passionate about covering local and state news as well as college and professional football. Ross has been an undergraduate player personnel assistant for Gamecock Football for three years and is very familiar with the history and tradition of SEC football. Ross aims for a personnel or communications career in collegiate football. In his free time, Ross can be found golfing, cooking or fishing in the coastal waters of South Carolina.