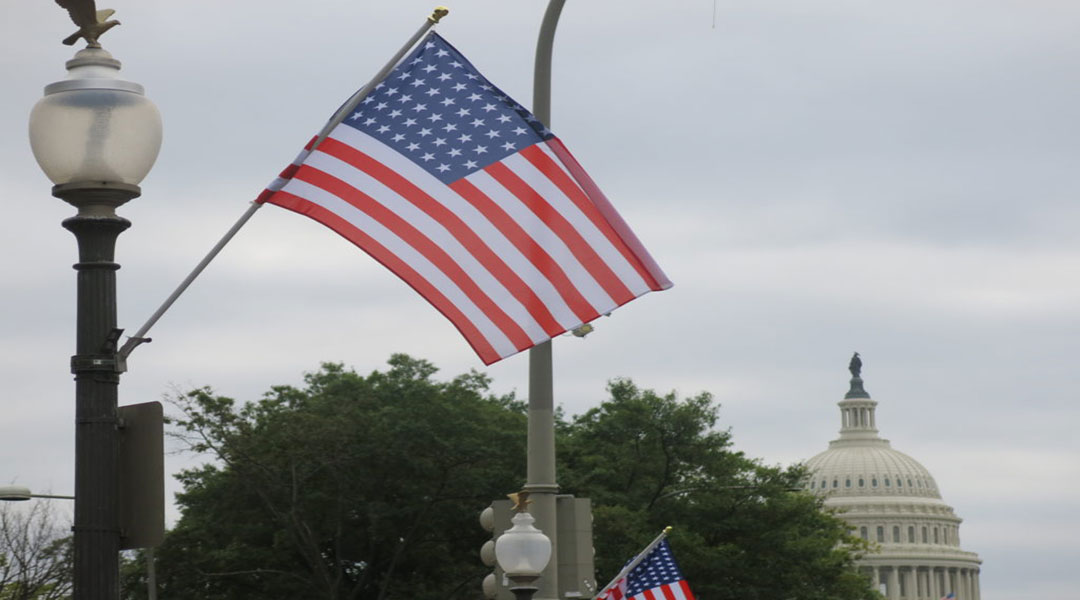 On Monday, the House Oversight and Reform committee held a hearing to discuss D.C. statehood, airing a familiar and ongoing  partisan debate over how to grant suffrage to the city’s 700,000 residents.

Some Republicans see the legislation as a “left wing power grab” while many Democrats support statehood as a civil rights issue and a remedy for securing rights long denied. But experts say the reality is a lot more complex than simple partisan talking points.

“The disenfranchisement of Washingtonians is one of the remaining glaring civil rights and voting rights issue of our time,” D.C. Mayor Muriel Bowser said at Monday’s hearing.

It wasn’t until the 23rd Amendment was ratified in 1961 that residents of D.C. had any say in the presidential election. Twelve years later,  Congress passed the “Home Rule” act, allowing the city to elect a mayor and a city council. However, because the Constitution states that Congress has exclusive jurisdiction in “all cases whatsoever” Congress has to approve of all laws passed by the District, including the budget.

The city, which has a population that is 46 percent Black, does have a member of Congress, Democrat Eleanor Holmes Norton, but she is a non-voting member of the House.  She can introduce legislation, serve on committees and speak on the floor, but she is unable to vote on the passage of legislation.

In 1993 she introduced a bill that would have given statehood to the District. It failed 277-153. She had introduced the bill again every year without it receiving a vote until 2020. It passed 232-180, with no Republicans supporting. It did not receive a vote in the Senate. This followed in 2016 where D.C. residents overwhelmingly voted in favor of statehood.

On Jan. 4, Norton re-introduced her bill resulting in the hearing held Monday. South Carolina Rep. Ralph Norman sits on the committee and opposes the legislation. Norman and other Republicans believe that adding D.C. as a state would unfairly give the Democrats two more seats in the Senate.

“It’s a power move to get two senators to vote the Democratic platform,” Norman said in an interview.

Norman also has concerns about the size of the proposed state, saying it wouldn’t have an airport.

“What state doesn’t have an airport?” he said. It is not a constitutional requirement to have an airport. Additionally Delaware does not have an airport that offers commercial flights since 2015 — though that will end in May— while there are three airports within 32 miles of D.C..

When it comes to the economy of the proposed state Norman has additional concerns.

“D.C. is all pretty much government employees. They can’t make a product. They can’t support themselves,” Norman said, adding “they could never make it on their own.”

In addition, many believe that Congress solely funds D.C., but the reality is the city has some of the highest rates in federal taxes per capita in the country.

While the District does not have an industrial sector to the economy, it has hospitality, sport and entertainment industries. In 2015, visitors spent over $7 billion, resulting in $757 million in tax dollars for the city. In addition, the federal government is the largest employer for the city.

“We pay more in federal taxes than 22 states,” Bowser said during the hearing.

Norman has also said that if this was truly about “taxation without representation” then a process known as “retrocession” should take place. This process would see the state of Maryland reclaim the land it seceded to the federal government to form the federal district. However, according to a 2019 Washington Post poll, Marylanders across the political spectrum oppose this idea. This would make it difficult for Maryland leaders in Annapolis to agree to the proposal.

Some believe the Constitution says D.C. cannot be a state, but that is misleading. The Constitution does layout a need for a federal district not to be bound to a single state. However, the majority of federal buildings, including the White House and the Capitol, are all located near each other and would be included in a proposed new federal district that encompasses both, along with the rest of the National Mall.

With the Senate tipped in favor of the Democratic Party, the organization 51 for 51 feels this is their best chance to accomplish the goal of 51 Senate votes for the District to become the 51st state. That would require all Democrats to support the bill and the elimination of the filibuster.  If the bill was passed in both chambers and signed by President Joe Biden, there would still be hurdles to overcome. Most notably the 23rd Amendment, which would then give residents of the new federal district, primarily those living at the White House, three electoral votes.

“Biden would be voting for himself,” Norman said.

One proposed solution that is neither statehood nor the current situation is to give Norton a vote in congress. However, this would not solve the issue that Congress would still have to approve of everything passed by the D.C. city council and mayor.

Over the years, the issue of D.C. Statehood has transformed from a local issue to a national issue that has become part of the Democratic platform. And  despite the Democrats controlling both chambers of Congress and the White House, many political and procedural barriers still exist.

Meanwhile those that live in the District, as they have for the last 200 years, wait for someone else to decide what happens to them. 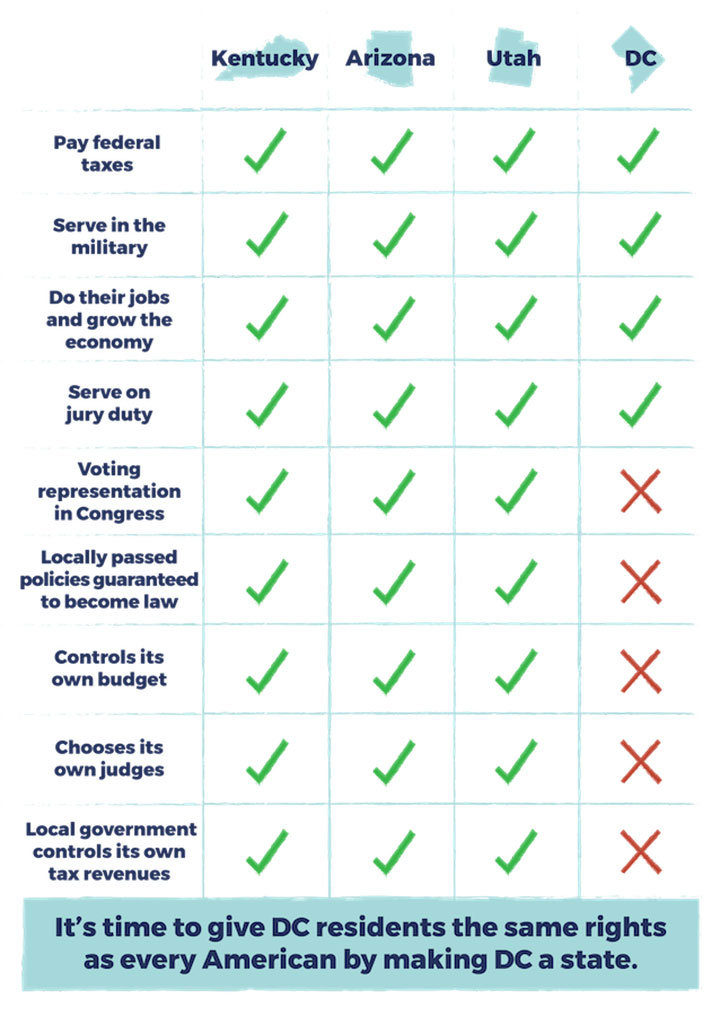 This graphic highlights how D.C. is treated like a state in many ways, but also how it differs from the 50 states. Graphic by 51for51 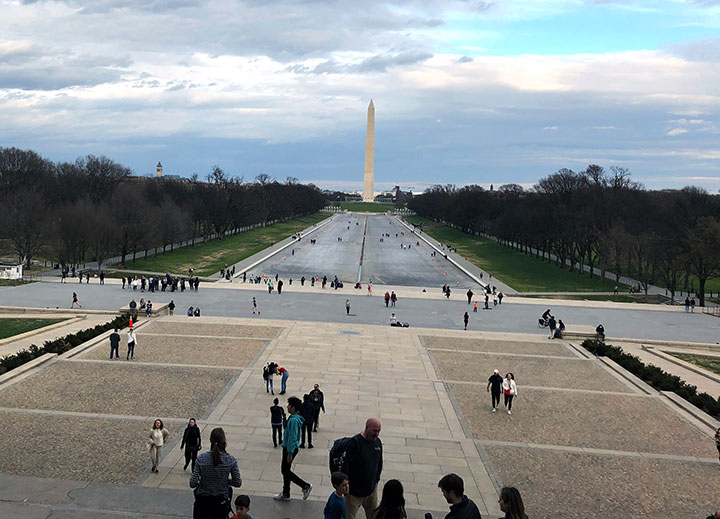 The National Mall and the surrounding area would be part of the new proposed federal district to satisfy the constitution. Photo by: Brandon Alter (taken before COVID-19 pandemic)