6 years after Pulse nightclub, another shooting prompts candlelight vigil at The Capital Club 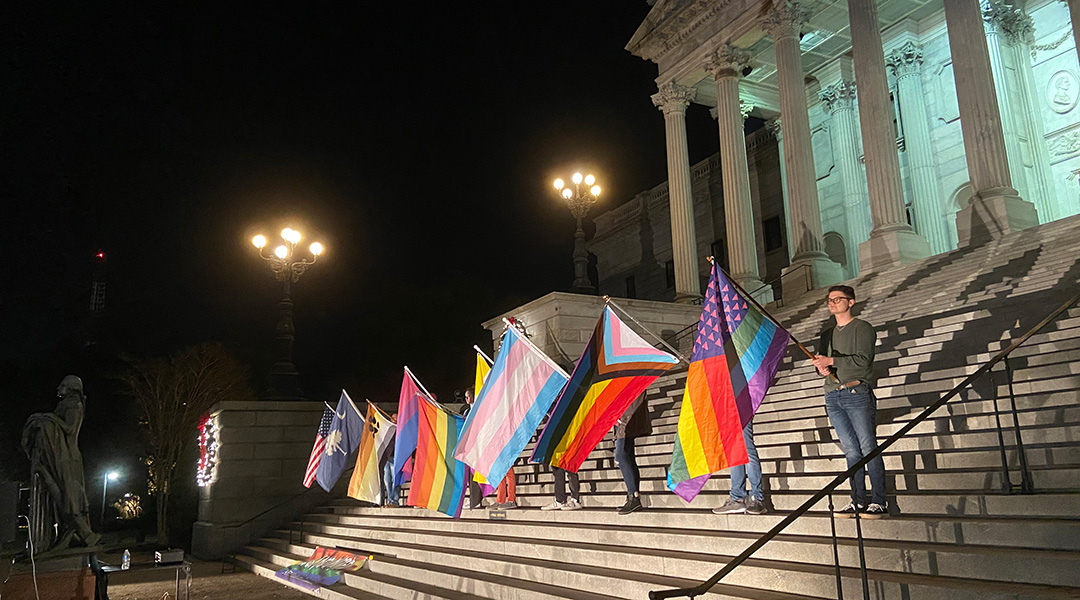 A collection of various pride flags are held by demonstrators on Columbia’s State House steps this week during the candlelight vigil held in remembrance of the Club Q shooting. (Photos by Caleb Bozard)

Community organizers held a candlelight vigil Sunday to honor the lives lost in the shooting at the Club Q gay bar in Colorado Springs on Nov 19.

The nighttime vigil began with speakers and a display of various pride flags on the State House steps before the group of 75 or so marched down Gervais Street to The Capital Club, Columbia’s oldest operating LGBTQ bar, to hear more speakers.

Local community leaders, including Sheriff Leon Lott and Richland County Councilmember Allison Terracio, spoke at the vigil, along with LGBTQ activists. The event was planned in only a few days as organizers were  traveling for the Thanksgiving holiday, said speaker Matthew Butler, president of the board at the Harriet Hancock Center.

Gouda Judy, a local drag performer and The Capital Club’s show director, said she was inspired to help plan the event after noticing similarities between pictures of the club in Colorado and her home club.

“With throwing it together in days, you never know how something’s gonna turn out honestly,” she said. “And the fact that so many people came to show their love and support — whether it be as an ally or someone is part of this community — means the world.”

Several speakers and attendees said the shooting also emphasized the importance of supporting places such as The Capital Club.

“They’re refuges, they’re second homes for a lot of people,” attendee Alan Hancock said. “I wanted to come out to show support for The Capital Club and recognize the lives that were lost in Colorado Springs.”

The death toll in the Colorado shooting has risen to five with over a dozen more injured, according to the Associated Press.

Speakers at the event encouraged political activism against anti-LGBTQ legislation and rhetoric.

“Tonight is about honoring lives of people who were lost senselessly,” said Dylan Gunnels, founder of the Agape Table LGBTQ rights group. “But we can’t talk about that without talking about the reality of the legislation and the politics that perpetuates lives being lost.”

Vice President of South Carolina Pride Josh Butler and Richland County Sheriff Lott spoke at the State House, both noting that South Carolina is one of only two states with no hate crime laws.

Terracio, who represents Richland County Council District 5, which includes the Vista and Capital Club, called for solidarity and allyship in political action.

Lott was joined by several law enforcement officers, who also blocked off the wide intersection of Assembly and Gervais streets while the group marched across. Lott told the crowd at the State House that local law enforcement was committed to protecting the group on the night of the event and otherwise.

Bill Skipper, president of The Capital Club since it opened in 1980 and a speaker at the event, said some family members worried about his safety. He said he wouldn’t be surprised if there was a similar shooting at Capital.

“I’m an optimistic person, … but I don’t know how safe we really are (at Capital),” he said.

Skipper said he can relate to the victims of the shooting. He was in a shooting at a gay bar in Wilmington, North Carolina, in the 1970s and remembers seeing and hearing shattered glass and gunshots and fearing for his life.

Judy said the latest attack made her afraid to continue performing drag.

Columbia Police Department Chief Skip Holbrook said in an email to The Carolina News & Reporter that the department “remains in communication with law enforcement partners regarding local, state and national crime trends with a heightened awareness on senseless acts of violence.” He said there have been no credible threats of violence since Club Q.

Several speakers at the event recalled that The Capital Club held a similar event after the 2016 Pulse nightclub shooting in Orlando. While Butler said visibility of LGBTQ people in society had increased since then, he also said the U.S. Supreme Court’s overturn of Roe v. Wade in June 2022 “sounded the alarm bells” for a greater need for solidarity in the fight for LGBTQ, women’s and civil rights.

He mentioned comments made by Justice Clarence Thomas after that decision, when the justice said the court should reconsider Obergefell v. Hodges, its 2015 ruling that legalized gay marriage.

Both Skipper and Judy said the changes in the political and social climate since the Pulse shooting have not been completely for the better.

Judy was one of several speakers who mentioned various recent anti-LGBTQ legislation and legal rulings as evidence of steps backward.

“I just came out as trans, and I’ll be honest, I’m scared to transition now because it’s like, I’m scared to start and have it all ripped away from me,” she said. “So this is what this was all about. Back then (after the Pulse shooting) we were starting to get somewhere. Now it almost feels like we’ve taken 10 steps back and we have to get back to where we were.”

Skipper said the fear of shootings and legal movements make places such as The Capital Club even more important for people who don’t have anywhere else to go. He said his role as an elder of the local LGBTQ community – he is known as “Grandma” by many club regulars – is important to him.

“I feel like if I didn’t speak out, and overcome that fear, and stand with Gouda when she wanted to do this thing, then I’m not setting the example that they need to see,” he said. 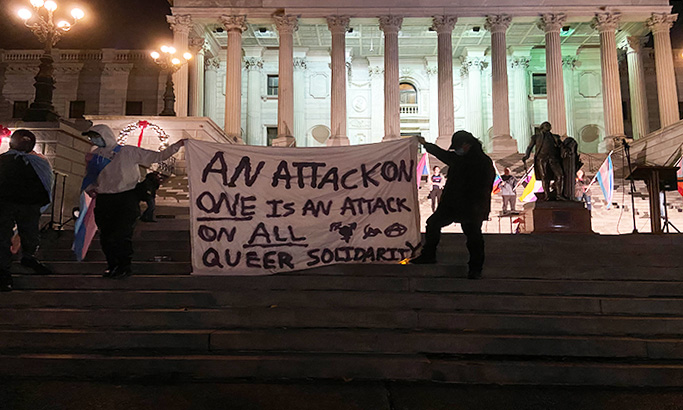 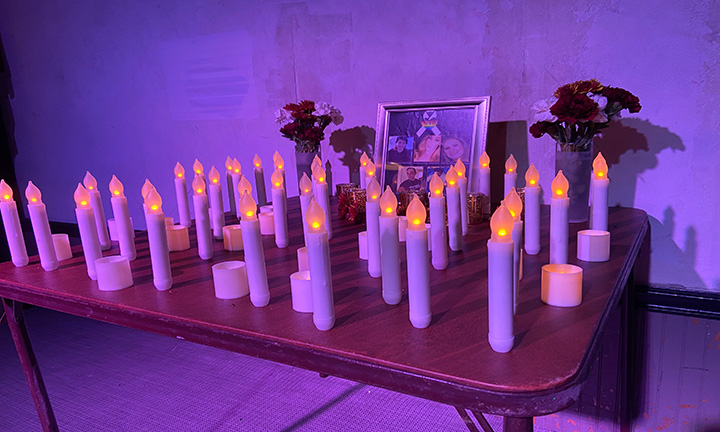 Electric candles handed out at the event were placed on a table at The Capital Club, along with photos of the Club Q shooting victims. 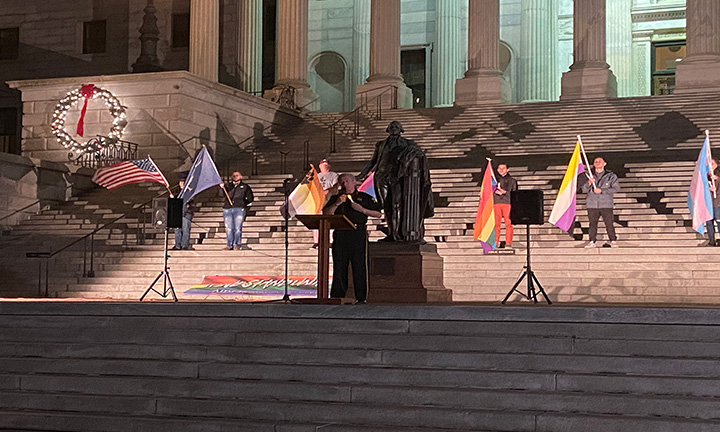 Sheriff Leon Lott spoke at the event, saying he wants to see a hate crime law passed in South Carolina, which is one of only two states without one. 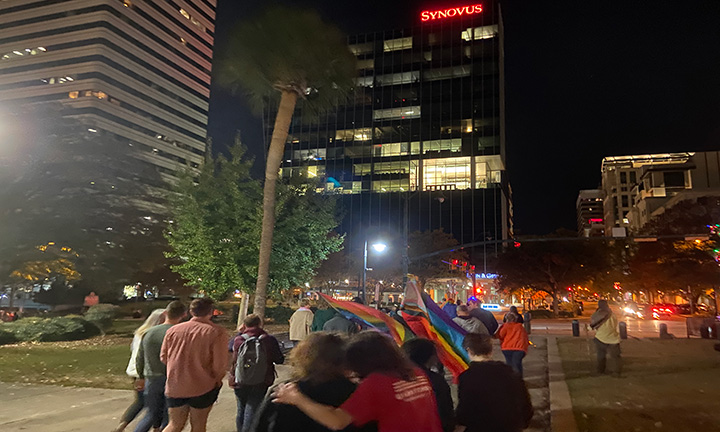 The crowd gathered at the State House before marching two blocks down Gervais Street to The Capital Club. 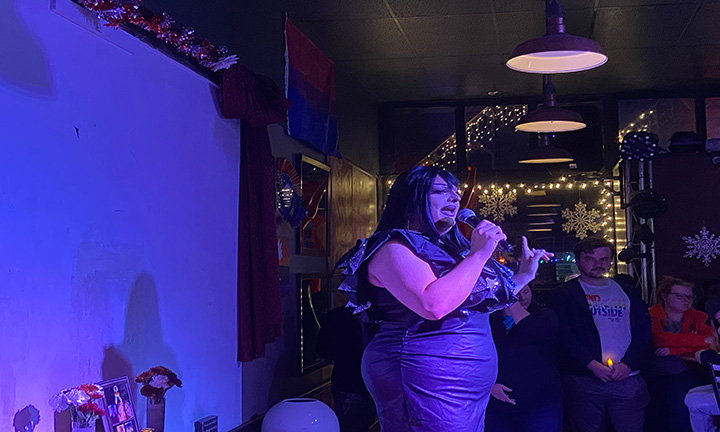 Gouda Judy, a drag performer and show director at The Capital Club, helped organized and spoke at the event. 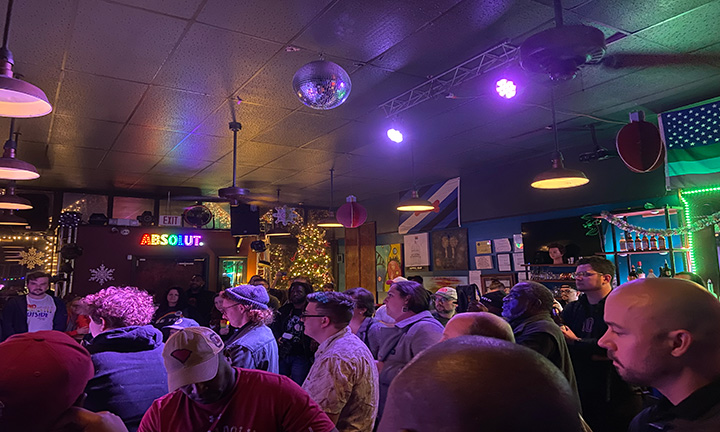 The Capital Club hosted several speakers during the vigil that advocated for political activism and solidarity. 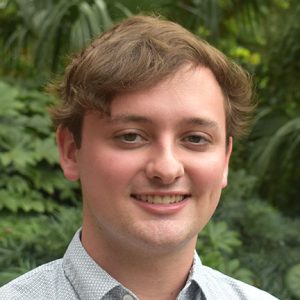