A modern twist on Shakespeare comes to theatre 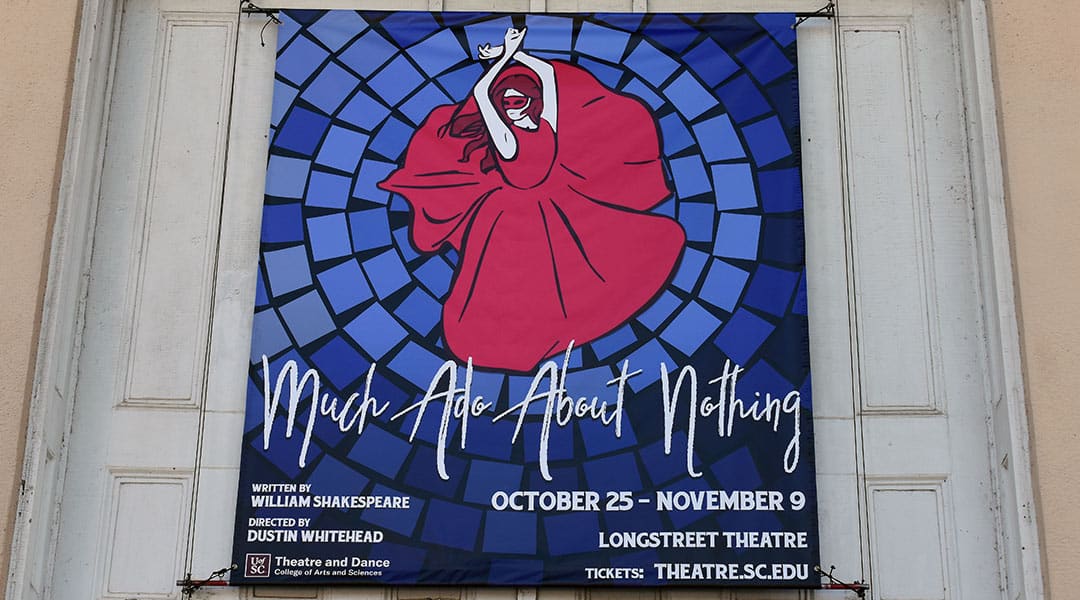 UofSC’s Theatre and Dance department is showing “Much Ado About Nothing,” a coming of age Shakespearean love story. The show will be directed by Dustin Whitehead, who is a new assistant professor of acting at the university this semester.

Shakespeare’s “Much Ado About Nothing” is coming to the Longstreet Theatre Friday with a new and modern twist.

Director Dustin Whitehead, assistant professor of acting at the University of South Carolina, said “Much Ado About Nothing” is a coming of age love story. Throughout the course of the story, two pairs of young adults fall in love and must overcome the trickery and obstacles put in their path by the villain.

However, Whitehead’s version of “Much Ado About Nothing” doesn’t take place in the traditional Shakespearean setting most audiences are familiar with. Instead, the iconic characters of Don Pedro, Beatrice, Benedick, Claudio and Hero navigate through deception and romance in the modern world of high art.

“We were really trying to figure out what we want to do with this show and what we’re trying to say,” Whitehead said. “We thought that putting it in a modern setting would be more relatable to the majority of the audiences we have.”

The show’s designers, choreographer, stage manager and cast have kept this modern twist in mind when making stylistic decisions.

“We base a lot of the clothing on runway looks,” said Ezri Fender, a sophomore theater major who portrays Hero in the play. “The clothing doesn’t really make sense, but it doesn’t matter, because it’s high fashion.”

Her character, Hero, is an upper-class young adult, who has a dream of a “fairytale” love. Fender said she is similar to her character, because they are both on a journey to find themselves.

Along with high fashion, the show will also include modern music and dance, changes in characters, and a shortened script.

“The show is very gender-bender,” said Kinzie Correll, a junior theater major portraying Conrad. This means some characters’ genders have been changed from the original version.

The modernization allows viewers to understand the play by adding new life to it while still honoring tradition.

Stage manager Lisa Gavaletz said she believes the changes in the play will either be loved right from the beginning or disliked.

“It’s a different take and I think that people will be surprised that Shakespeare can be more modern,” Gavaletz said. “I think it will open people’s minds.”

Gavaletz also said the production of “Much Ado About Nothing” was unique in that Whitehead treats the cast and crew as equals, which doesn’t often happen in the theater. Gavaletz said Whitehead is very collaborative and likes to get ideas from everybody involved with the show.

Whitehead said his favorite part of directing this show was the group he was working with, because everyone loves what they’re doing and they’ve all become close.

“There’s an energy in the room that’s special and we all know it,” he said. “We’re all grateful for it and it’s helping to create something that’s really special for the audience.”

Although the script was written in the 1600s, many of the themes and messages in “Much Ado About Nothing” of love and relationship still apply to modern day.

“I think what happens in the play is very much still an issue we have today,” said Fender. “We’re afraid what people will say and think about us, which makes it very applicable to modern day.”

Whitehead said he hopes that the themes and messages of the show will inspire people to ask themselves where they stand when it comes to love and relationships.

Correll said she encourages people to watch the show, even if they don’t like Shakespeare, because the show is a spectacle, and Shakespeare is meant to be performed and watched instead of read.

“If you think you don’t like Shakespeare, I promise you, we’ll change your mind with the show,” Whitehead said. 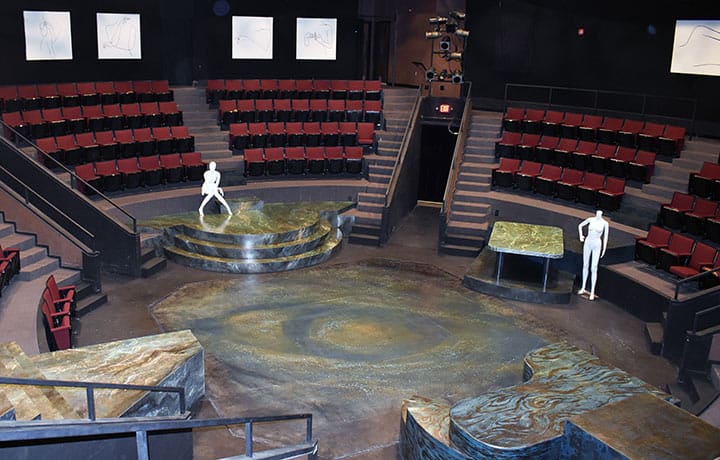 UofSC is one of the few universities that has a theatre-in-the-round, which is a stage surrounded by the audience on all sides. It allows for the audience to not only view the play, but watch as others react to the show as well.