Sirois’ passion for hockey led him from Canada to Carolina 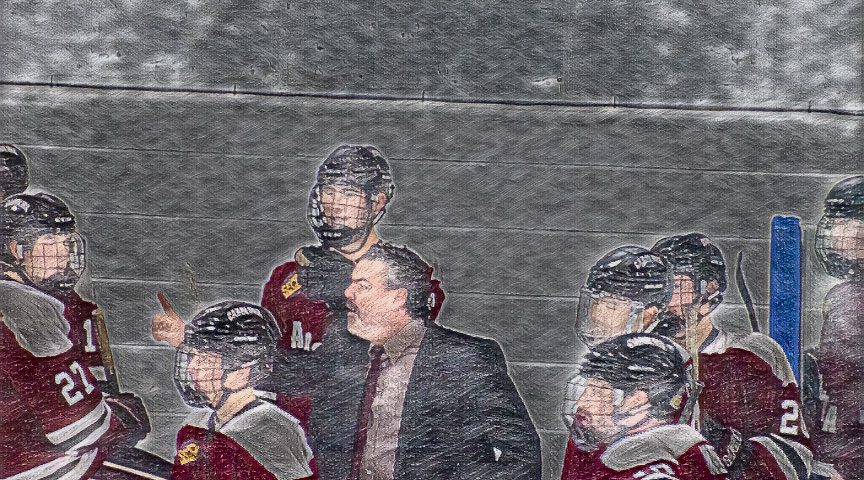 Allan Sirois has been in command of the Gamecock club hockey team since 2015. Photos by Noah Patheja
Allan Sirois originally didn’t want to coach Gamecock hockey, but his passion for hockey drew him back to the ice.

“I reffed a couple of South Carolina hockey team games before I started coaching them,” Sirois said. “I was asked to coach Gamecock hockey, and I thought it would be pretty cool to coach people that are a little older and closer to the level I played. I still love the game. I love to compete. Sometimes I wish I was still out there playing instead of coaching, but I’d love to bring a championship here.”

Sirois spent a majority of his career in the Carolinas, but it was family that landed him in Columbia.

“I met a girl, got married, and now we’ve been married for coming on 21 years. We have a child, and that’s why I’m here,” Sirois said.

He spends his weekends coaching Gamecock hockey when he’s not at his full time job as a team leader for KW Beverage in Columbia, a company he’s been with for more than a decade. He found out about the job through Ryan Petz, a hockey connection from his playing days in Florence, South Carolina.

“When I retired he told me this was a great company to work for, and now it’s been 12 years,” Sirois said.

Sirois went from being a minor league hockey hall of fame inductee to being the head coach for Gamecock hockey for the past seven years.

He began his playing career where he was born, in the Quebec Major Junior Hockey League, before he was given a chance to play for the St. Louis Blues organization in ’95. Sirois was assigned to the Baton Rouge Kingfish, which was the East Coast Hockey League (ECHL) affiliate for the Blues in Louisiana.

Sirois, who was raised in the French province of Quebec, couldn’t speak English before he arrived in the NHL, but with the help of his coach, legendary broadcaster Pierre McGuire, he learned the language.

“I got down there [Baton Rouge], and he’s a French guy as well, but he wanted me to learn. There was no other French guy on the team, so I had to learn quick to survive,” Sirois said.

He spent the rest of his career playing for several ECHL teams — namely, the Pee Dee Pride and the Greenville Grrrowl, two former minor league teams in South Carolina.

When Sirois joined the Blues organization, he stood at 6-foot-1-inch tall and weighed 220 pounds, which made him a good fighter. In his 687 career games, he racked up 1,011 penalty minutes, which is equivalent to 505 minor penalties.

Although Sirois was a good fighter, he was more known for his scoring ability.

“I wasn’t the goon. I was more of a goal scorer,” said Sirois. “You could call me a power forward. I was a great team guy. If someone did something to my teammates, even if I got my ass beat, I was there to help out to say ‘we’re not gonna take this.’ I don’t like bullies. If someone bullies one of my guys, I get involved.”

Sirois finished his career with 249 goals, which is 12th all time in the ECHL. He also had 345 assists, putting him at 13th in the league.

He was inducted into the ECHL Hall of Fame in 2016. The induction was an emotional time for him. Before Sirois gave his induction speech, he was treated to a surprise — his family, who was unable to attend, made an appearance over video.

“They popped up a video, and it was my family back home. They couldn’t be there, and they sent a video about me. It got me good to where I got really emotional. My speech went ‘Whoop!’ and I said what I thought on the spot,” Sirois said.

Sirois’ coaches and teammates helped him through his career, but he said it’s his parents who have had the most influence on his hockey life.

“From your parents getting up at 5 a.m. taking you to practice, telling you to work hard, a lot of it is how you grew up,” said Sirois. “I’ve done real well in life, but it always starts with the parents.”

Gamecock hockey has become a growing sport among students and Columbia locals alike. Sirois said he has his players to thank for the increasing awareness of the club hockey team. Student athletes like Evan Hoey help rally the team.

“It has to do with the culture and the players and Evan [Hoey],”said Sirois. “Social media has helped a lot. You come out to watch a game, and it’s a blast. Everybody that comes in has a good time, and they wanna come back. We’ve been sold out other than one game for the past two years which is amazing.”

Hoey has been one of the leaders of Gamecock Hockey for the past four and a half years.

“Evan Hoey put together the USCHL [USC Hockey League], which was the entire group of tryouts. There were four teams in the league, the guys got to play and stayed in shape and played against good competition,” said Sirois. “We didn’t really miss a step. We missed half a step. I could see the rust when we first started the season. It hurt us more than other teams because we were so up there.”

Hoey has been a key part of the club hockey team for the last few years, but he remembers meeting Sirois for the first time.

“When I first met him, he was very forward,” Hoey said. “Just being around him and watching him skate, you could tell he had a bunch of talent so he must have come from some level. He knew what he was talking about, and I was excited to play for him for sure.”

Hoey learned from Sirois that hockey is a worldwide sport and no matter where you’re from you can play it.

“Hockey is everywhere,” Hoey Said. “He’s a guy from French Canada, and he came down here to play hockey. He played at a high level, and now he’s coaching at a decently high level. For me as a guy from North Carolina and the Southeast where hockey isn’t the biggest sport, it gives me hope for the game to grow. For him to grow the sport here in the South is strong.”

As far as what’s next for Sirois, he’s happy where he is right now.

“I have a great job here and a family and bills and everything else,” said Sirois. “I need a steady job, and I couldn’t ask for better. I’m not going anywhere soon.”

Sirois hopes to bring a championship to Gamecock hockey. 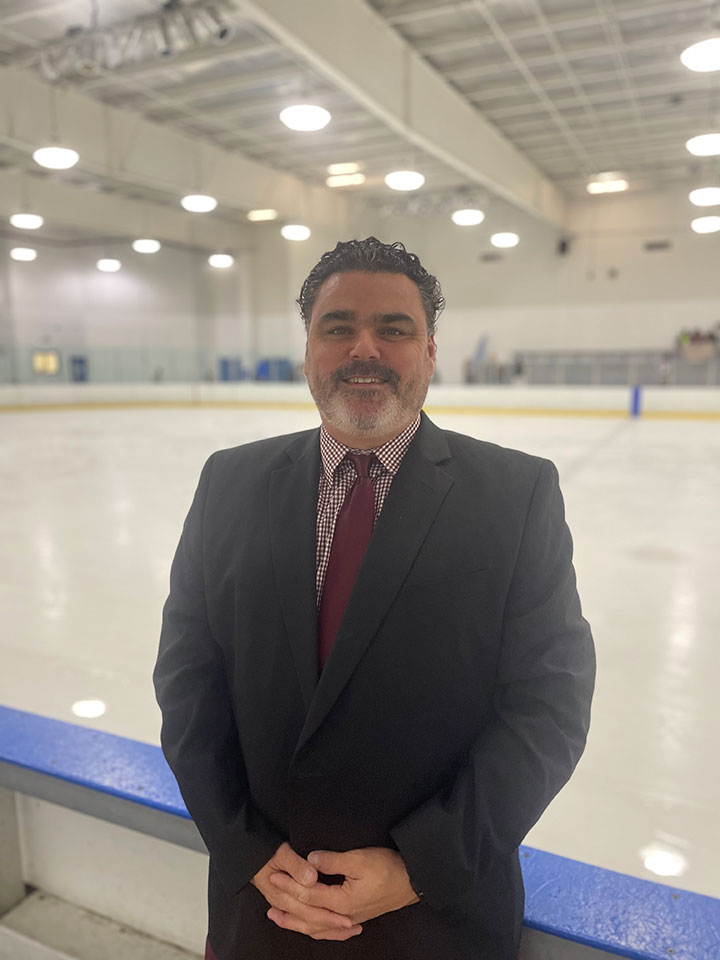 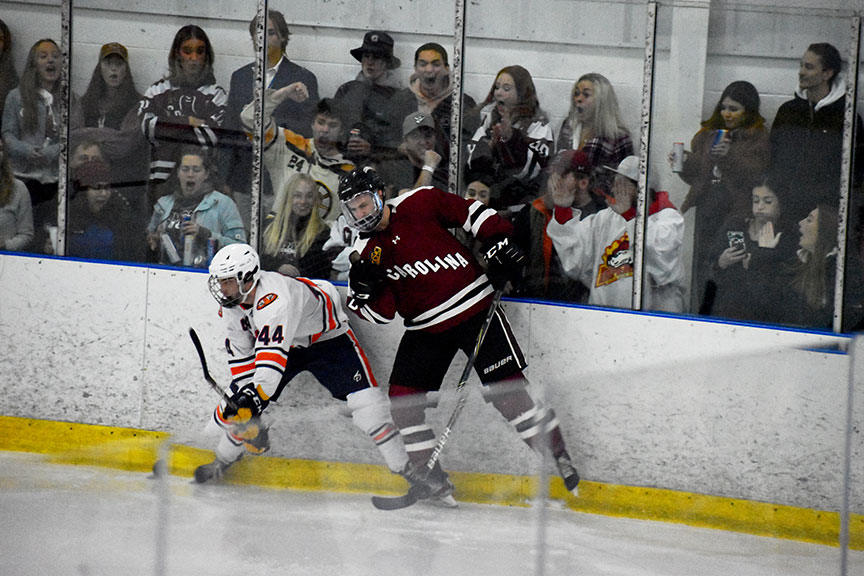 Gamecock hockey games have seen a large increase in attendance over the last few years. 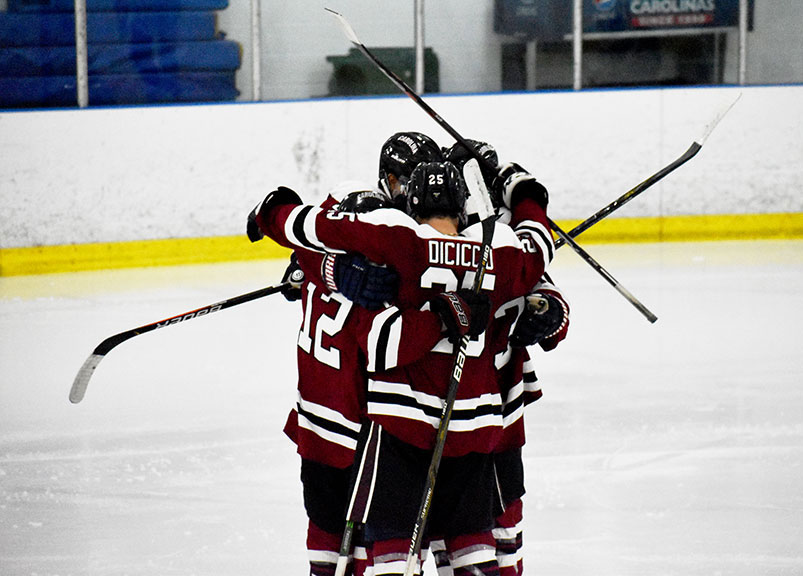 Sirois has led the Gamecocks to a 9-4-1 record in 2021, which is fourth in the Southeast Collegiate Hockey Conference. 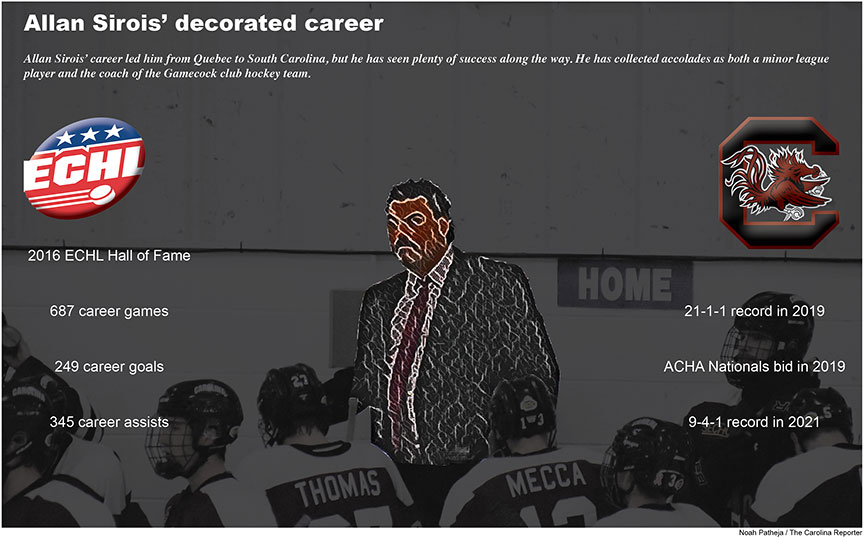