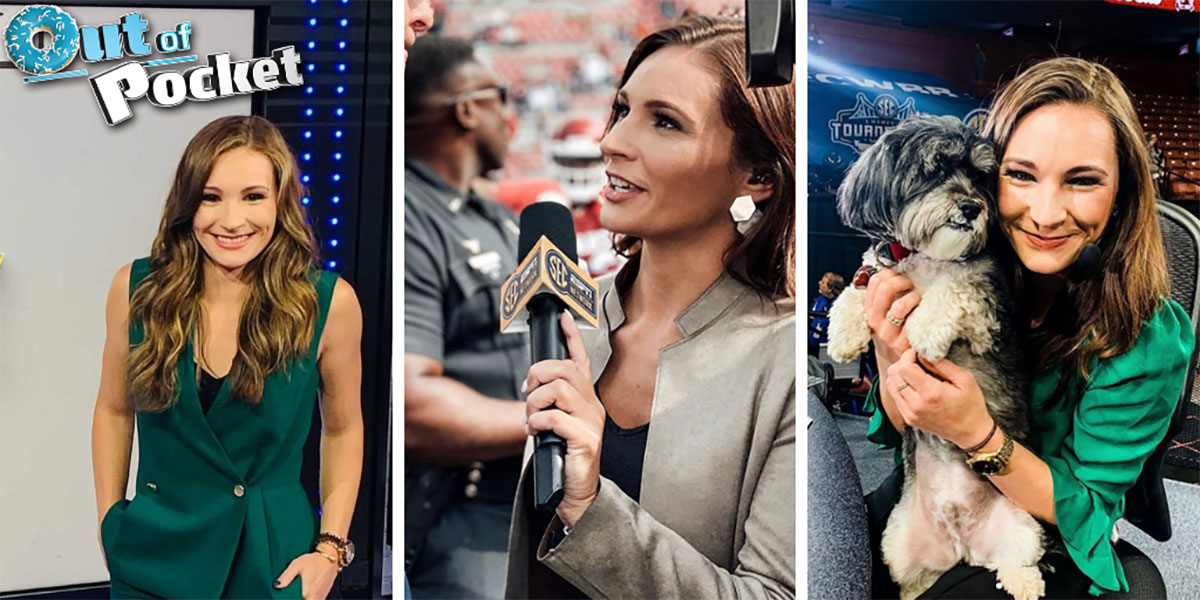 Alyssa Lang is the first female SEC Network reporter to earn her own show.

Right after her show, Lang reported on the Tennessee v. South Carolina game to kick off the first Saturday of SEC football.

The show airs every Saturday at 9:30 am on SEC Network.

How is anyone supposed to focus under these conditions 🤤#OutOfPocket debuts tomorrow morning!!! pic.twitter.com/ZVc9TTI1C6

This is Lang’s third season on SEC Network.

“It’s definitely an honor,” Lang said. “I didn’t really think about it as a female thing,” and said she did not realized she would be making a little SEC Network history.

Lang said she does not want special treatment because she is a woman. She strives to be treated the same way her male colleagues.

The University of South Carolina alumnae does not forget where her journalism journey began. Lang is a regular guest in Kevin Hull’s sports journalism classes.

“Alyssa has been so wonderful to deal with since I got here,” Hull, an assistant professor, said. “I tell everyone, I never taught her. She graduated by the time I got here, but I feel like I take a lot of credit for her. But I don’t deserve any of the credit.”

Each time Hull reaches out to Lang, Hull said Lang responds right away. She has come to UofSC’s campus to speak with the sports journalism students about her experiences. Last semester, in Hull’s Sports Media and Society class Lang did a Q&A with Hull via Zoom. 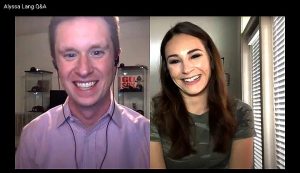 Lang talks with Dr. Kevin Hull’s sports journalism class via Zoom since his class was taught online because of the pandemic.

“I think she is such an unbelievable alum to just give back and be such a wonderful representative of the University of South Carolina and the School of Journalism,” Hull said. “I think she wants to help us start something big here.”

Hull said it is getting better for females in the sports industry. Lang is living proof.

“They don’t call it the Alyssa Lang show, but they might as well,” Hull said.

Lang has paved the way for young people who are looking to find their way into this industry, he said.

She wants to keep the focus on her love and knowledge of the game, not her gender.

“That’s always been my goal to sort of take that out of the question even though sometimes it rears its ugly head and we need to talk about it,” Lang said. “But at the end of the day, I just hope that I come off as a sports fan who loves college football, who loves college basketball, loves covering everything and I’ll talk to anyone about it at anytime, anywhere.” 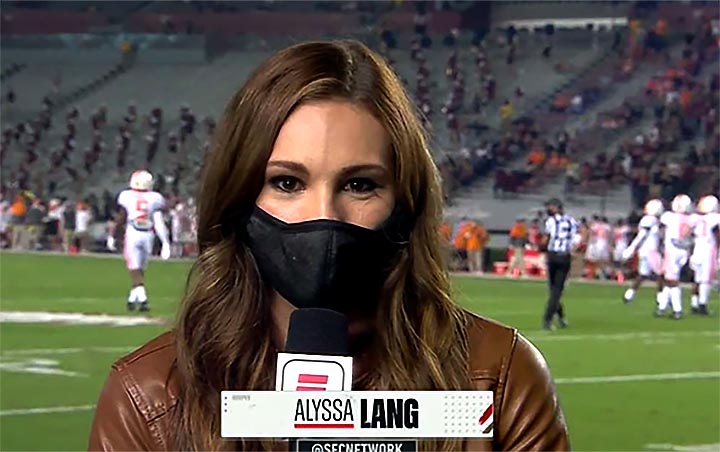 Lang reports on the Tennessee-South Carolina game on Sept. 26. She began reporting in college at WLTX. Photo credit: ESPN