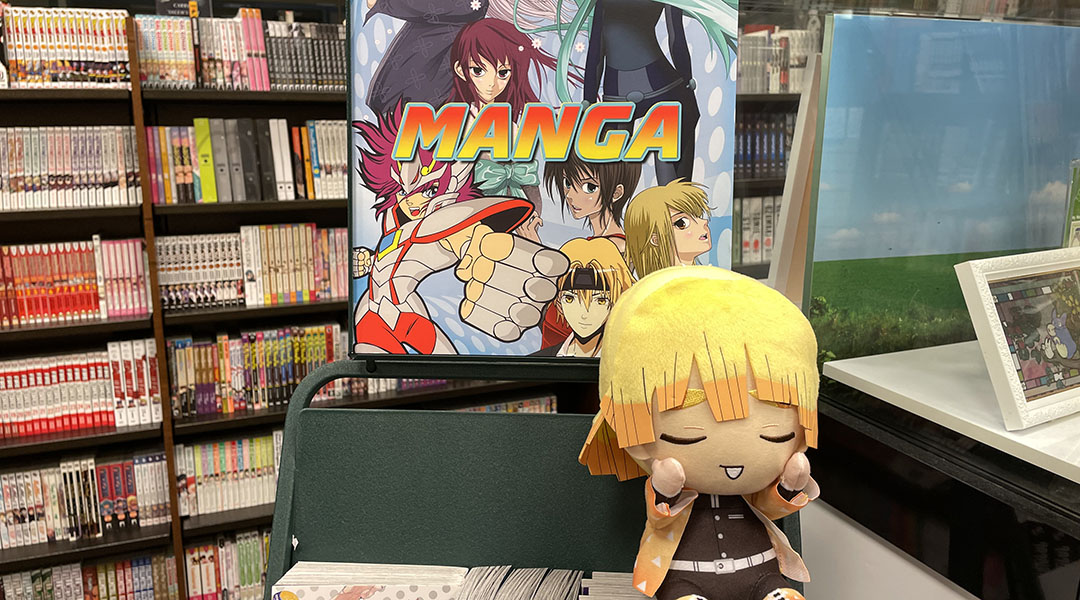 The manga section at Barnes & Noble Booksellers in Columbia has expanded from two rows in 2021 to 12 rows in 2022 due to the popularity rising. Photos by: Katherine Kettell

“Up until the last five years, the anime community was really looked down upon,” said Norton, 26, of Columbia, who is the creator of Festi Cards, a custom-made trading card company. “It wasn’t something that you talked about in public.”

Anime, a style of Japanese film and television animation, wasn’t introduced to the U.S. until the 1960s, with the introduction of Astro Boy, according to the University of Colorado’s Program for Teaching East Asia. What was once a niche interest has now become a major part of mainstream culture.

Burt Kotti, of Irmo, said he believes “it is the perfect time for anime because of high speed internet. You don’t have to borrow a fan-subbed VHS tape anymore.”

Kotti, 35, is amazed how popular anime has become as millions of fan have embraced the phenomenon. He sometimes longs for the time when anime was underground.

“Anime could appeal to a lot of different groups of people, but never in my wildest dreams could I have imagined it being as ubiquitous as it is today.”

Many popular animes are based off Japanese graphic novels, known as manga. With anime’s increase in popularity also came an increase in manga prevalence.

Mitchell Barnette, a bookseller at Barnes & Noble Booksellers in Columbia, has had trouble keeping up with the demand for manga and anime–themed knickknacks in recent months.

“There’s been a ginormous jump in anime-themed sales here, especially since COVID hit,” Barnette said. “The manga section used to be just two rows, but we changed it right around Halloween because we are selling so much of it.”

The manga section is now up to 12 rows, including a makeshift “room” to house varying novelty items. Since the change was introduced, sales have only gone up.

Barnes & Noble Booksellers also added a row dedicated to LGBTQ+ manga. They introduced the new addition to their section after pressure from customers.

“We’ve had so many people ask for LGBTQ+ manga that they now have their own section,” Barnette said. “Being below the Mason-Dixon line, it’s very surprising.”

Manga made up 2% of sales at Forest Acres’s Barnes & Noble Booksellers during the July 2020-July 2021 fiscal year. In the six months between July 2021 and January, sales have doubled to 4 percent, according to Barnette.

“You wouldn’t think it’s a lot, but in the grand scheme of things it’s thousands of dollars,” he said.

In September 2021, Netflix announced that it would be opening an Anime Creators’ Base at its Japan offices. This is in response to anime becoming one of their most popular genres, reaching over 120 million households in the U.S. in 2020.

Taiki Sakurai, chief producer for Netflix’s anime genre, told Kakuchopurei, a Southeast Asian news site, that fans sharing with other fans is possibly the main reason for anime growing in popularity so quickly.

“I think word of mouth is acting as a great role in making anime more mainstream. People actually are talking about anime more and more frequently,” Sakurai said. “I really noticed that people would talk about anime. The ordinary people, not the otakus or cult fans.”

Seth Mainwold, a 17–year–old anime–themed TikTok content creator from Indian Harbour Beach, Florida, knows firsthand how powerful word of mouth has been for the anime genre as a whole.

“I think social media definitely influenced a lot, it has so much influence over teenagers and there’s so many anime creators now,” Mainwold said. “So many people I have become friends with on TikTok love anime and love to get people into it.”

Mainwold is one of many who were introduced to anime recently, but he quickly became a big fan.

“I started watching anime a little before quarantine because I was seeing things on TikTok and I thought, ‘Yeah, maybe it’s not that bad, I’ll try it’ and it was actually really good,” Mainwold said.

Sophia Dow, a fourth-year criminal justice student at the University of South Carolina, is now rediscovering a forgotten love for anime.

“I grew up watching Pokemon, Dragonball-Z, Avatar, all the classics,” Dow said. “And now that it’s becoming more mainstream, it’s not only getting new fans into it, but it’s reviving it for old fans like myself who stopped watching.”

Dow, along with many others, is happy that anime is getting the love and attention it deserves.

“I think people used to judge it as being weird – and some are,” Dow said. “But in reality, most are just really good shows. You can see the effort and talent put into the drawings and animation.”

As streaming services continue to release new anime, many current fans believe that the attraction for the genre can only go up.

“I definitely see it expanding more and more as the numbers and sales continue to trend as they are,” Barnette, the bookseller,  said. 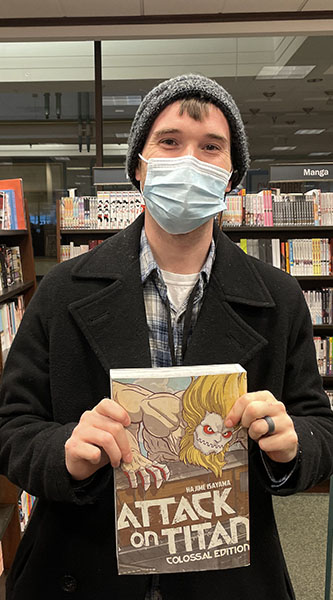 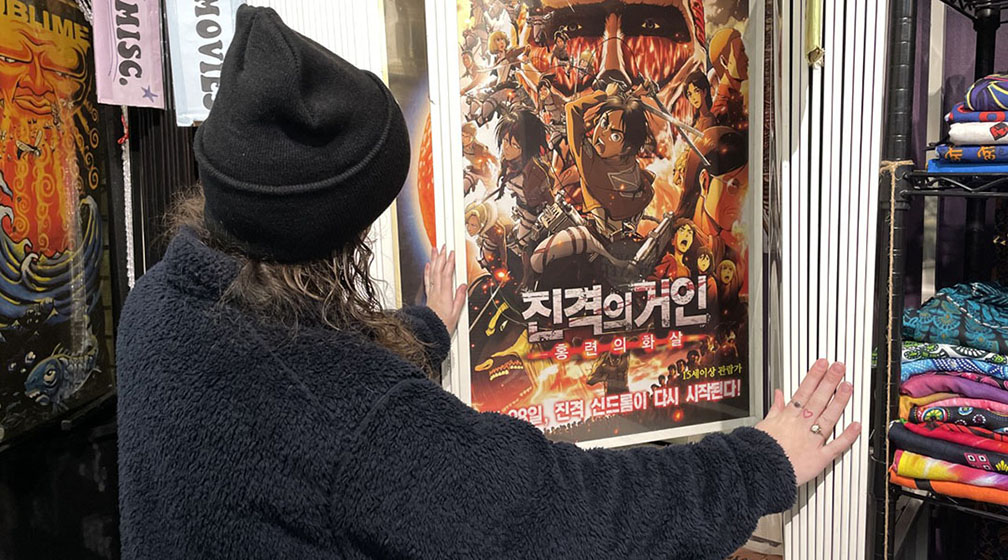 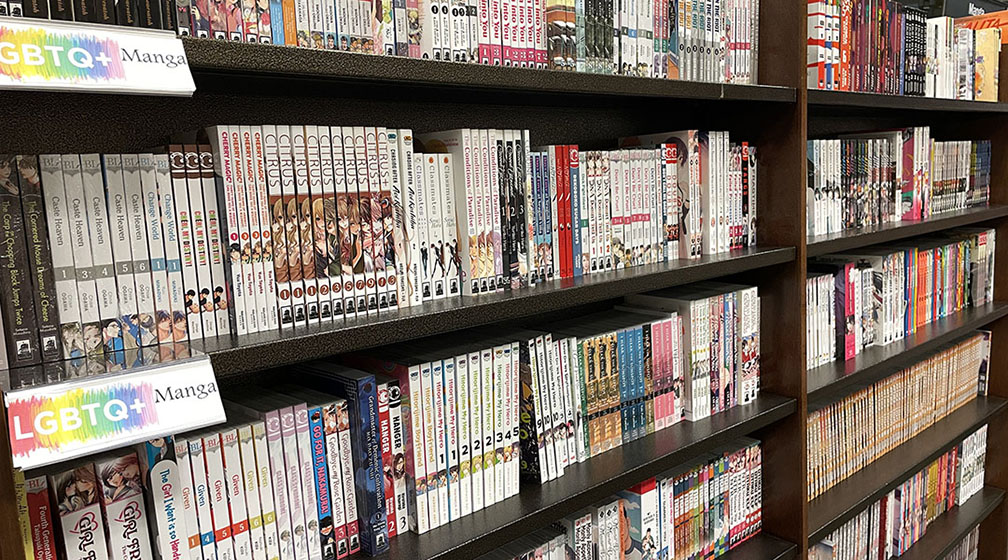 Barnes and Noble added an LGBTQ+ manga section to their store in October 2021 after numerous requests to do so, according to Barnette.

Abigail Brandon is a multimedia journalist from Columbia, South Carolina, with a passion for radio. She has worked at her college radio station, WUSC, as a DJ and as a reporter for WUSC News and is currently in the running for news director. She’s always been known for telling a good story and is hoping to continue to transfer that talent into telling engaging and informative audio stories.