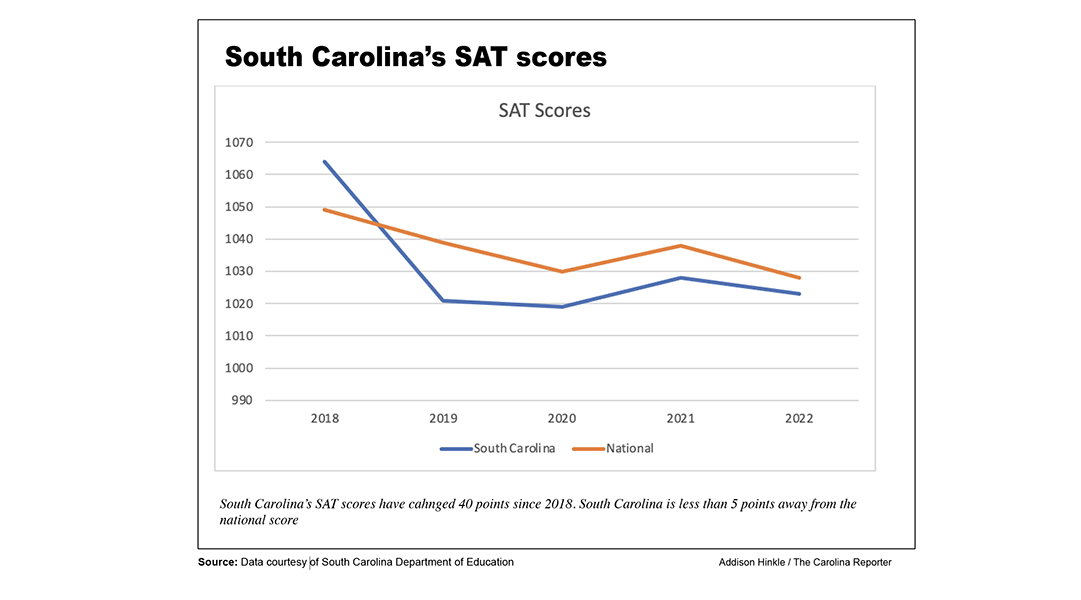 South Carolina is just below the national, average SAT. (Graphics by Addison Hinkle)

Amid college application season, high school seniors such as Jack Poag, struggle to decide whether to send their SAT or ACT scores to their desired college.

”Originally, I was not planning on sending in my scores,” Poag said. “But after the most recent test that I took, which I got a 1240 on, my mom suggested that I turned it in for some of the colleges because it was within their range for the SATs.”

That leaves students with the tough decision of whether to send their scores to schools that are test-optional.

Critics could argue that S.C. students are withholding their scores because the average SAT score has dropped by 40 points, and the ACT score by 1 point, in the past five years.

But, those drops are statistically small on the SAT, where a perfect score is 1,600, and on the ACT, where it’s 36.

Poag, who is a senior at the Wilson Hall school in Sumter, took the SAT three times and the ACT one time.

“I don’t think the SAT reflects a student’s academic skills very well,” Poag said. ”The SAT was …, I felt, more convenient because it only had math and reading, while the ACT had every kind of subject in some way, but also the scoring of it … because if it’s like out of 36, then it seems kind of like you failed it. … While if it’s an SAT, it’s more just kind of a wider range.”

All six of the universities Poag is applying to are test-optional. But he elected to send his scores in since they fell within the middle 50% of scores.

The University of South Carolina is a test-optional school.

Kevin Kirkley, a guidance counselor at Columbia’s Dreher High School, advises students during their college application process. Kirkley said most colleges report their middle 50% of test scores from the prior year. So if a student falls in or above that range, he recommends they submit their scores.

“I still encourage all of my students to take standardized testing, either the SAT or ACT, so that they can have that information about how they’ve done,” Kirkley said. “We spend a lot more time looking now at college profiles of test scores and making decisions about whether it’s in a student’s best interest to (send to) a particular college.”

Kirkley expects three quarters of his students to submit their test scores this year.

“The landscape of college admissions is changing more rapidly right now than I have seen it in the entire time I’ve worked as a counselor,” said Kirkley, who has been a counselor for 17 years. “So, it’s always important for students to look at what their college is saying each individual year, because what was true for last year’s senior class may not be true for this year’s senior class.”

Samantha Greenberg, the owner of the online company Rose College Prep, said there are other ways for students to boost their applications if their test scores are not within the average. Extra-curricular activities, essays and letters of recommendation help, she said.

”All your other components of your application would be something I would look at if you don’t test well,” Greenberg said. 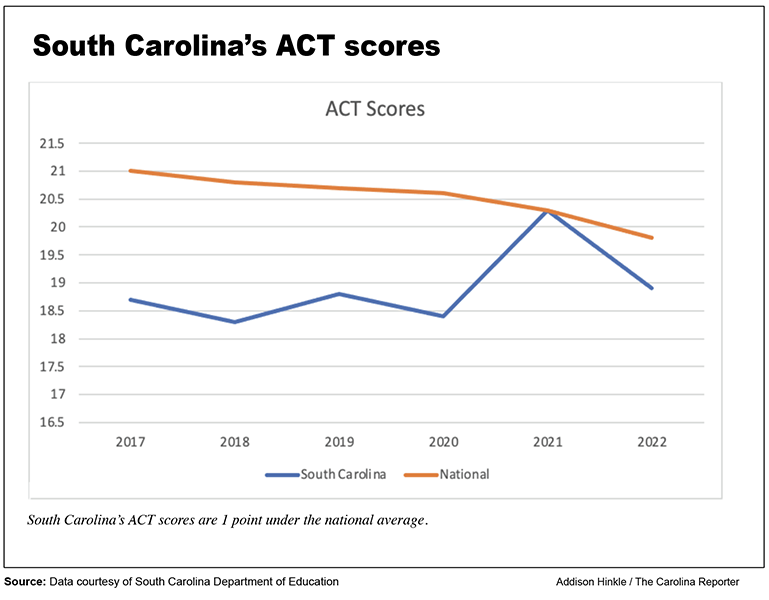 South Carolina’s ACT scores have fluctuated widely within the past 5 years. But this year’s average is below the national average. 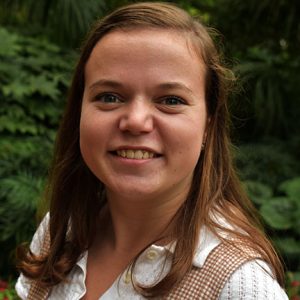 Columbia is drawing comedians from around the Southeast for its bustling live comedy calendar after the pandemic.