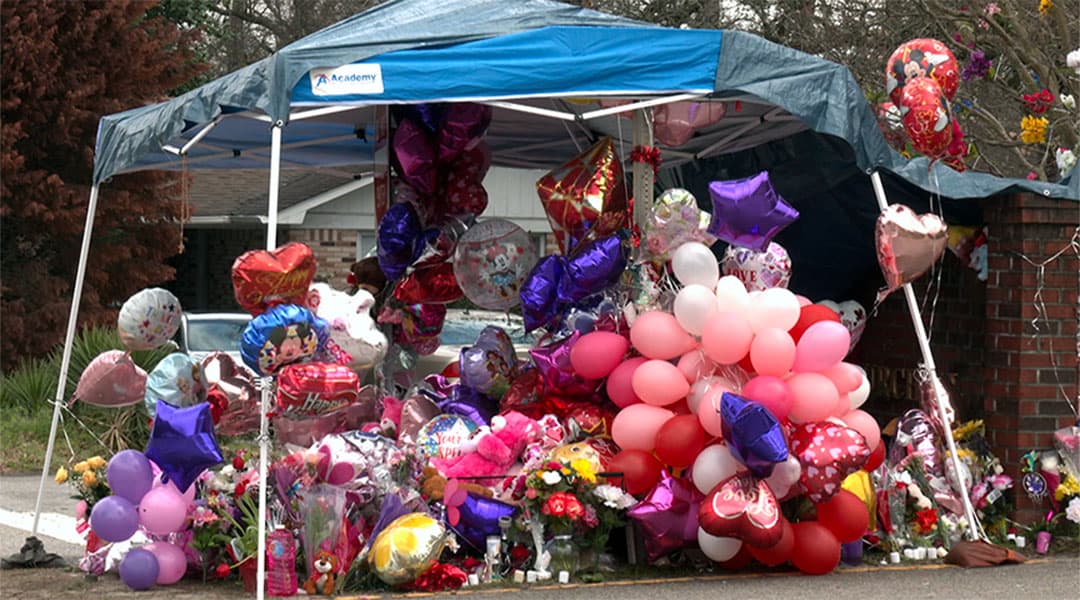 The Cayce community continues to mourn the death of 6-year-old Faye Swetlik.

Authorities on Tuesday are expected to release the autopsy results for 6-year-old Faye Swetlik, whose disappearance and death rocked the Midlands last week. Police also plan to reveal the cause of death for the 30-year-old neighbor who is linked to the case.

The Cayce Department of Public Safety and Lexington County Coroner Margaret Fisher will try to answer some of the community’s questions surrounding the tragedy at the Tuesday news conference. The first grader was reported missing by her mother at 5 p.m. on Monday, Feb. 10. She was last seen playing in her front yard after returning home from Springdale Elementary School at 2:50 p.m.

Her body was found in a wooded area behind the residence of 30-year-old Coty Scott Taylor, who was found dead in his 602 Picadilly Square home shortly after. Faye, along with her mother and grandmother, lived less than 500 feet from Taylor in the Churchill Heights neighborhood between I-26 and Columbia Metropolitan Airport.

Cayce DPS Sgt. Evan Antley announced the link between the two deaths on Friday. Antley said an item listed on Faye’s missing persons flyer was found in Taylor’s trashcan. Police had blocked off the neighborhood shortly after her disappearance and went house-to-house, including detailed searches through homeowners’ trash.

Faye was wearing a black shirt with neon lettering, a floral skirt and polka dot rain boots at the time of her disappearance, according to police.

“Based on that discovery, we narrowed down an area that we felt, as an investigative team, that we needed to go back to and look for more evidence,” Antley said.

The “critical” piece of evidence in the trashcan led officials to Faye’s body in a wooded area behind Taylor’s residence.

Police had previously questioned Taylor and searched his home during the early stages of their search.

Both autopsies were conducted at the Medical University of South Carolina in Charleston on Saturday morning. Following the procedure, the Charleston Country Sheriff’s Department escorted Faye’s body to Caughman-Harman Funeral Home in Lexington.

Caughman-Harman Funeral Home will cover all of Faye’s funeral costs. The service will be held at 7 p.m. Friday Feb. 21 at Trinity Baptist Church in Cayce.

Police said the delay in releasing the findings was done out of respect for the Swetlik family.

Antley said no arrests have been made and they are not looking for a person of interest.

“We have no reason to believe that there is an active threat in the Churchill Heights community or the city of Cayce as a whole,” Antley said.

Investigators still want to know more about this case. Call their tip line at 803-205-444 if you have any information. 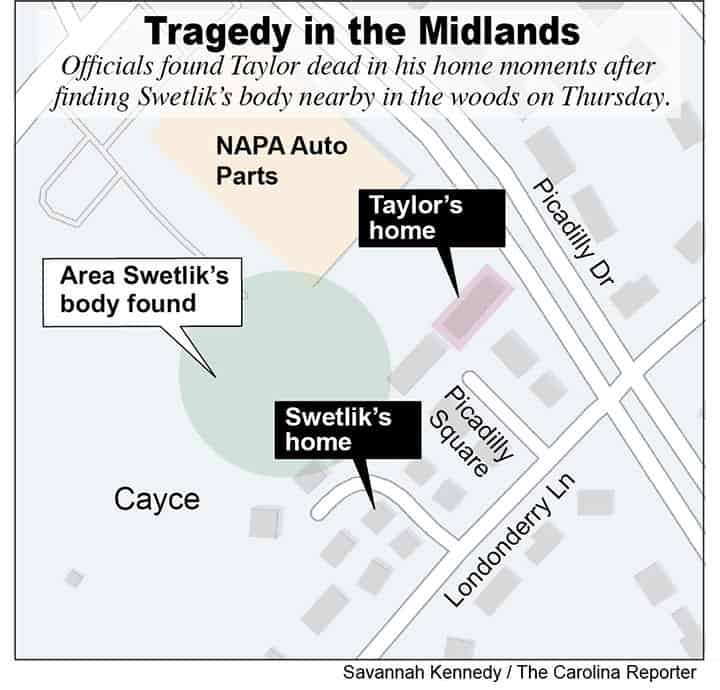 Officials confirmed the deaths of Faye Swetlik and Coty Taylor were connected during a press conference on Friday, Feb. 14.