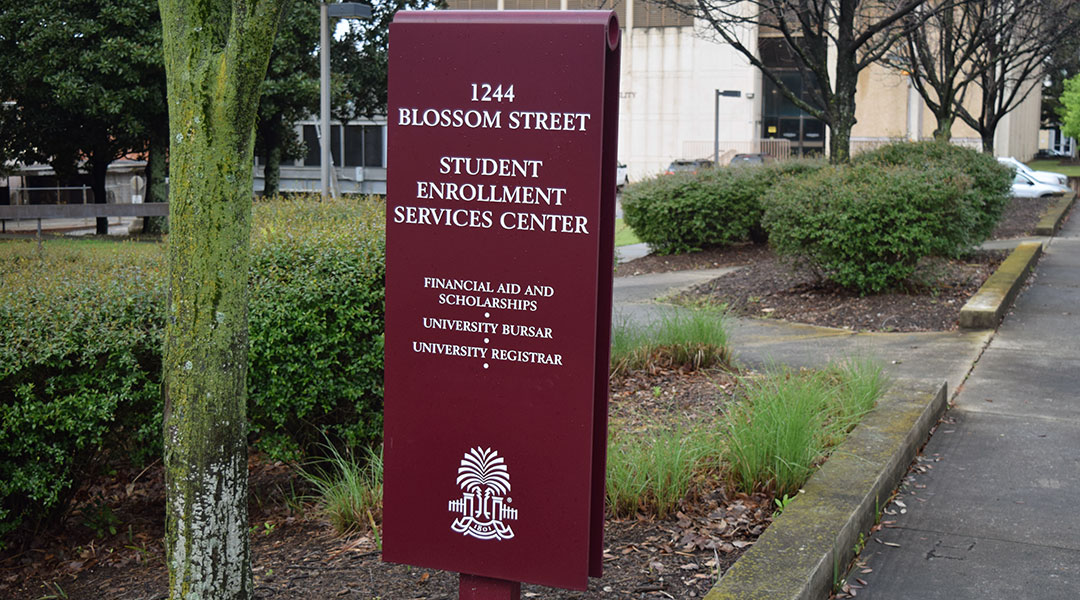 American college students in America have accumulated $1.75 trillion in student loan debt. Some of the debt comes from the student loan payment pause, that the Biden Administration put in place March 27, 2020, due to the Covid-19 pandemic. Photos by Ashley Miller.

Tucker Woodham, a sophomore at the University of South Carolina, said that the idea of student loan forgiveness “looks great on paper.” But he added, “debt forgiveness in any situation hurts someone in the long run.”

Around 37 million students have been anxiously waiting over the past few months to hear if the moratorium on student loan payments will be extended past May. For most of the borrowers this would be the first time that they would have to make a student loan payment since the pause in March 2020.

The Biden administration announced Wednesday that the federal student loan payment pause will be extended until Aug. 31.

“We are still recovering from the pandemic and the unprecedented economic disruption it caused,” President Biden said in a statement Wednesday. He also said that the  “additional time will assist borrowers in achieving greater financial security and support the Department of Education’s efforts to continue improving student loan programs.”

The administration has extended the federal student loan payment pause six times in two years, most recently in December. At that time, the pause was extended until May, which was believed to be the final extension.

The latest decision originates from a group of Democratic lawmakers, including Senate Majority Leader Chuck Schumer, Massachusetts Sen. Elizabeth Warren and House Majority Whip Jim Clyburn, a Democrat from South Carolina. They sent a letter last month to President Biden calling him to delay the loan payments until the end of the year.

They also noted that this pause has saved borrowers an average of $393 a month during the Covid-19 pandemic, while also calling Biden to cancel student loan debt.

“Restarting repayment will financially destabilize many borrowers and their families, and will cause hardship for many who could not afford repayment,” the letter stated.

More than 43 million borrowers have more than $1.6 trillion in student loan debt, according to Education Department data. Student loan debt is the second largest amount of debt for United States consumers behind mortgages.

Also in the letter, the lawmakers argued that canceling student debt can provide long-term benefits not only to the economy but to individuals as well. “It can help families buy their first homes, open a small business, or invest in their retirement.” They also wrote that it could add billions of dollars in GPD growth.

Although the extension has been finalized till August, students are hoping he will be able to cancel student loan debt altogether.

“I am all in for forgiving student loan debt,” Jelsey Fajardo, a junior public health major at UofSC, said. “I think I will benefit from it more once I do graduate.”

Natalia Abrams, president and founder of the Student Debt Crisis Center, told CBS that she recognizes the extension is important however. “President Biden’s piecemeal, short-term approach is not enough to meet these challenging times,” she said.

The federal student loan payment pause has already resulted in $195 billion worth of waived payments since March 2020, according to the Federal Reserve Bank of New York.

Farjardo said that the idea is still worth it because,”a college degree does not guarantee a job with a good wage.” She said that this will make it harder for people to pay off a loan just six months after graduation and ‘making it a cycle of debt for a lot of people,” she said.

The Committee for a Responsible Federal Budget, a non-profit public policy organization that addresses federal budget and fiscal issues, asked Biden to resume the payments because the organization believes that the extension would cost an additional $50 billion per year.

“The economy will be hurt by this,” Woodham, the UofSC student, said. Woodham thinks that the pause has caused the economy to go into even more debt.

He said that this could be prevented by not forgiving student loan debt or “attempt to raise taxes to cover the cost but then any money students would’ve saved is canceled out.”

While nothing about canceling student debt has been announced, Biden has asked Congress to get involved and help cancel $10,000 in student loan debt.

Mark Kantrowitz, a student financial aid expert, said this suggestion might end up in a battle with Republicans opposing the move.

He said, “where the deeply divided Congress may not have the support to pass student loan legislation and an executive order could face legal challenges.” He suggests the Biden Administration “may be able to go through a regulatory process.”

N.C. Rep. Virginia Foxx, the top Republican on the House Education and Labor Committee, said in a statement on Tuesday: “The arrogance of this administration is astonishing. This isn’t about the pandemic … it’s about setting the stage for blanket loan forgiveness.”

Kantrowitz claims that income-driven repayment plans are like loan forgiveness plans and they can forgive the remaining debt after a certain number of years in repayment.

An IDR plan sets your monthly student loan payment at an amount that is intended to be affordable based on your income and family size.

For the IDR Plan, your monthly payment amount is 10 percent of your leftover income after bills and needs are paid. However, this type of plan has a very strong eligibility authority. Kantrowitz said “the [administration] could create a new loan forgiveness plan and reduce the eligibility thresholds.”

Farjardo and Woodham both said that the pause has given them some relief in loan payments. Both say that they will be paying off student loans for a long time, but Woodham said, “”I am repaying it, slowly, but I am paying it.”