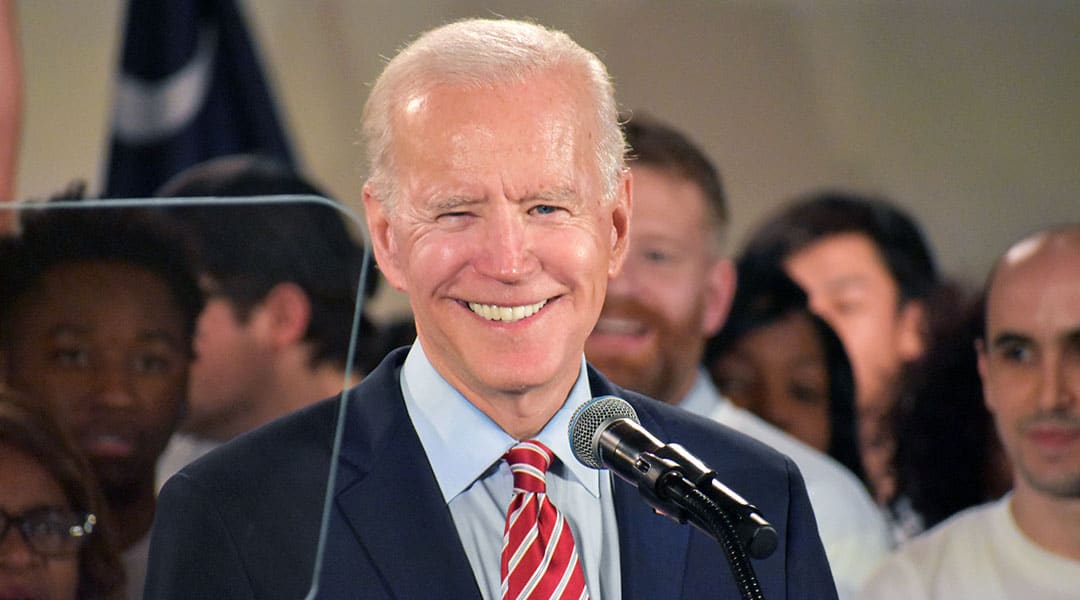 “When I die, I want to be reborn in Charleston, actually. I like the Lowcountry, you know what I mean?” Biden told the South Carolina crowd on Feb. 11.

Vice President Joe Biden’s path to the White House may not be as clear as it once was, but he’s hopeful South Carolina’s diversity will revive his campaign.

Results from Iowa and New Hampshire are causing people to question Biden’s electability and start paying more attention to other candidates who are closing in on him.

Vermont Sen. Bernie Sanders is trailing Biden by less than four points in South Carolina, according to the latest RealClearPolitics poll released Feb. 19. This is a significant change from Sanders’ 20-point deficit at the beginning of the year.

Biden’s campaign has countered that South Carolina’s Feb. 29 primary will be the first time in this election where African Americans are a prominent part of a state’s voting population. Iowa and New Hampshire’s populations are both more than 90% white, according to the U.S. Census Bureau.

Biden, with his sights set on the African American vote, spent the night of New Hampshire’s Feb. 11 primary in Columbia launching his campaign. After learning about his second loss, the former vice president reminded his South Carolina supporters how different New Hampshire voters are compared to the rest of the country.

“Up ‘till now, we haven’t heard from the most committed constituency in the Democratic Party, the African American community, and the fastest growing segment of society, the Latino community,” Biden said.

African Americans have been very influential in South Carolina’s previous elections. Hillary Clinton won the state’s African American vote in 2016, which made up 61% of the Democratic Party at the time, 86-14 over Bernie Sanders.

“You can’t be the Democratic nominee and you can’t win a general election as a Democrat unless you have overwhelming support from black and brown voters,” Biden said. “It’s just really simple.”

An endorsement from House Majority Whip James Clyburn, D-S.C., South Carolina’s highest-ranking congressman, is key to securing that win. Clyburn has yet to publicly endorse any candidate, but he told MSNBC he thinks Biden is still the frontrunner.

University of South Carolina freshman Julianna Crawford has been volunteering for Biden’s campaign since the fall. She is hopeful Biden will win the nomination because, unlike candidates such as Sanders, he can reach people across party lines.

“It’s frustrating because we can’t swing from one extreme to the other,” Crawford said. “You have to find some middle ground and be able to compromise and represent everyone rather than your faction.”

Crawford said it’s been difficult to have political discussions and share her support for Biden with her fellow college students.

“At times it’s disheartening because I feel like a lot of people on campus are very left-leaning and not more moderate,” Crawford said.

AARP members Debora Hayes and Patrick Cobb were thankful Biden spoke on how he plans tackle issues important to many South Carolinians, such as health care and the economy.

Cobb said South Carolina, with its tradition of retail politics, will be a more accurate reflection of voter feelings.

“This will be the first contest in the primary where the African American vote is really important to any candidate,” said Cobb. “We’ll see how that turns out on primary day.”

“As far as we’re concerned, this is his home state,” Hayes said. 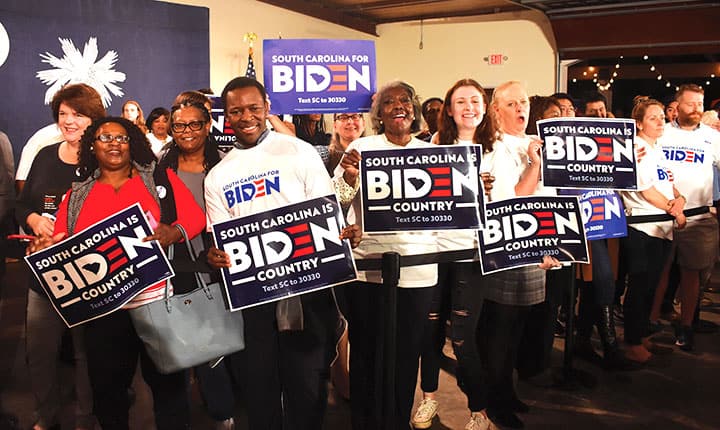 Biden told the crowd not to worry about early primary losses because 99.9% of African American voters have not been able to cast their votes. 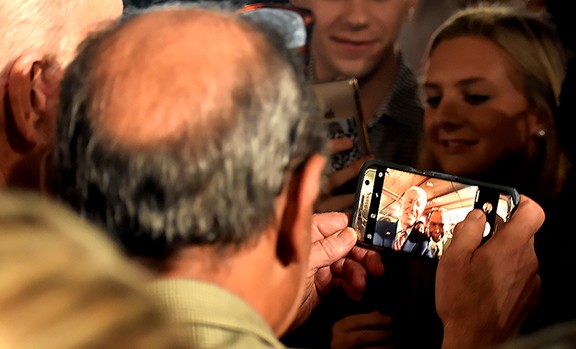 Biden took pictures with his supporters at his Feb. 11 launch party at 701 Whaley. 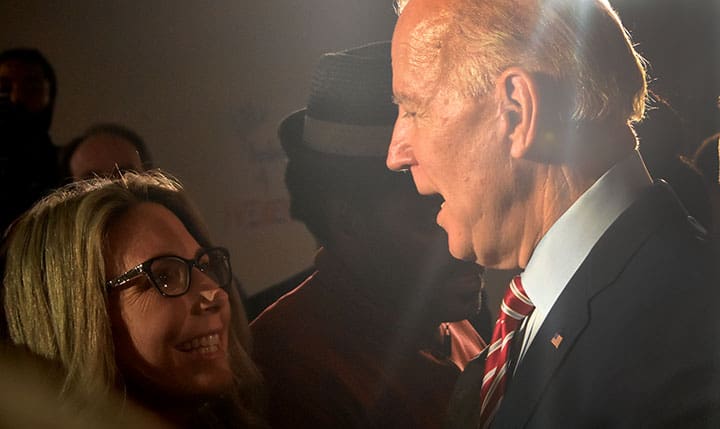 Biden was eager to have one-on-one conversations with his supporters in South Carolina. 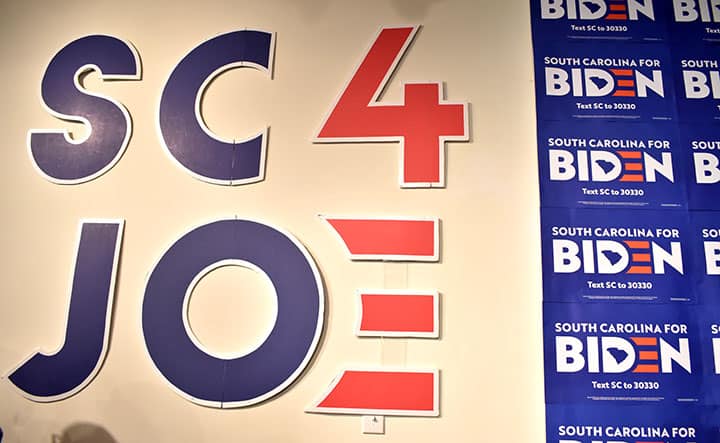 South Carolina’s African American voters are particularly important to candidates because they made up 61% of the party in 2016. 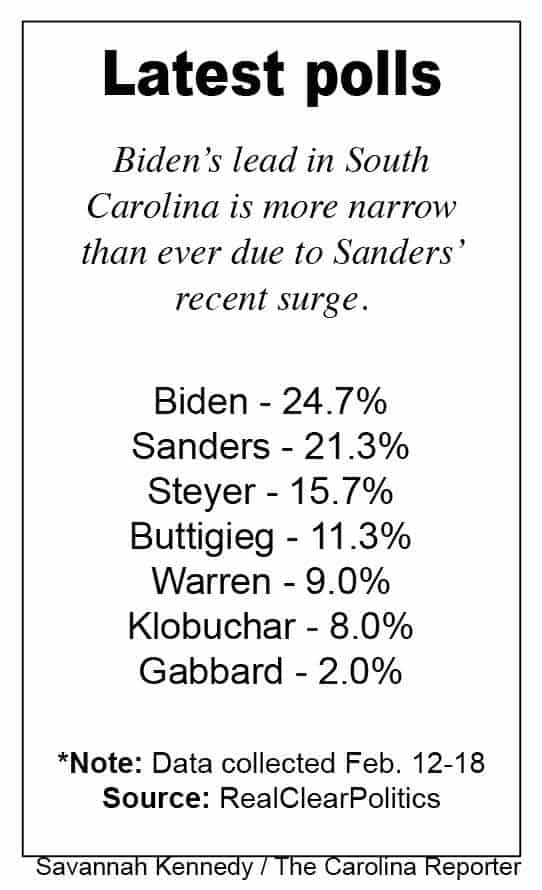