Candidates, politics: What Midlanders need to know for Election Day 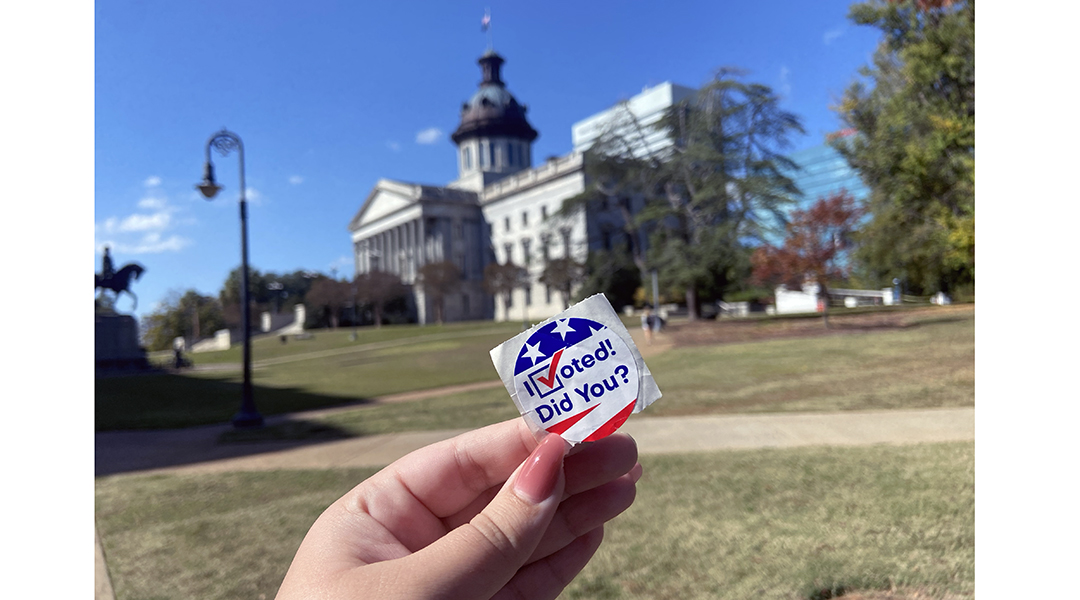 South Carolina, along with the rest of the country, is preparing for election night on Tuesday.

Absentee ballots and early voting are closed, but polls will be open Tuesday from 7 a.m. to 7 p.m. across the state.

With 36 gubernatorial elections, 34 U.S. Senate seats up for grabs, all 435 U.S. House of Representatives seats open and numerous state elections being held, it can be difficult to keep track of everything going on.

Election integrity is also at issue, as this is the first national election since former President Trump’s 2020 loss and his subsequent false stolen-election claims.

Here’s everything that Columbia-area voters need to know.

After Trump lost the 2020 presidential election, he and other Republican operatives spread false claims of election fraud and filed lawsuits across the country.

Trump and Republicans lost 61 of the 62 lawsuits filed. Nevertheless, according to a Poynter Institute survey from June, 70% of Republicans still believe Trump was the rightful winner of the 2020 election.

Across the country, a total of 291 Republicans who have at some point denied the 2020 election results are running, according to The Washington Post. Six of them are South Carolinians:  House of Representative members Joe Wilson, Jeff Duncan, William Timmons and Ralph Norman; House of Representatives candidate Russell Fry; and Attorney General Alan Wilson.

The distrust in the country’s voting process has led to threats against election workers. One in six election workers has been threatened due to the nature of their jobs, according to a poll done by the Brennan Center for Justice.  No incidents of intimidation of poll workers have been reported in South Carolina.

“We’re just hoping that we can have partnerships with other organizations to make sure that does not happen and to make sure that people are observing and looking out for any instances where something may not be going the way it should,” said Lady June Cole, president of the Columbia branch of the League of Woman Voters.

While South Carolina has not had problems with intimidation of poll workers, it is seeing other issues.

Since the 2020 election, about 23 election directors have resigned across the state, according to Chris Whitmire, the director of public information at the S.C. State Election Commission. That means experienced workers and institutional knowledge are walking out the door.

“All of those numbers are unprecedented,” Whitmire said.

“I felt the staff and the voters of Richland County at least deserve a fighting chance to make sure we have a fair and effective election for the upcoming election,” Graham said.

Richland County, for years, also has seen problems with the voting process, including some votes not being counted, votes being found later in a closet and voters standing in lines for up to seven hours.

Whitmire says the issues are due to faulty equipment and the poor training for election workers. But he hopes with the uptick in early voting this year, this won’t happen again.

“That allows counties to move a large number of voters through the early voting process even before you get to Election Day,” Whitmire said.

Early voting closed Saturday. As of Friday, more than 430,000 people had voted early — an option that new to South Carolina.

As for Richland County’s missing votes in previous elections, Whitmire said the lack of an organized return process can be blamed. But the county has made improvements to hopefully avoid a miscount.

Another concern is the building where the voting machines are held.

An annual report from the federal Department of Homeland Security and the S.C. Election Commission raised concerns.

“The roof leaks, and we have had problems with rodents,” Graham said.

Physical security is also a problem, as there’s only a razor fence around the building. And the voting machines are held in a different building than the administrative offices for the county, so oversight is an issue.

Officials say they are looking for a new building that can hold both.

While problems with long lines and missing votes haven’t been reported in Lexington County, the Republican Party there called for an audit of the 2020 results nearly a full year after the election. The party was concerned over alleged questionable activity witnessed on Election Day.

The S.C. Election Commission said it couldn’t audit any more elections from 2020, so nothing came of it.

McMaster conducted a 19-stop tour across the state. His online campaign includes reprimanding Cunningham over his tax returns, and policy ideas such as protecting the right to bear arms.

Cunningham lives in Charleston. He has taken regularly to social media, including Tiktok, Instagram and Twitter, to post about his day-to-day life and his policies. They include protecting abortion rights, legalizing marijuana and sports betting to fix the state’s roads, increasing teacher pay and putting term limits on politicians.

Republican U.S. Sen. Tim Scott is up for reelection, while Sen. Lindsay Graham, also a Republican, is not.

Scott will face Krystle Matthews, a S.C. House member. Matthews recently got into some hot water after a conservative activist group, Project Veritas, leaked audio of her saying “you’ve got to treat (white people) like s***.”

Matthews said the audio was altered.

Matthew’s priorities are codifying a right to an abortion, requiring background checks to buy a weapon and increasing funding for public schools.

Scott is strongly anti-abortion, according to his website. He also wants to appeal the Affordable Care Act, which provides health care access, saying it infringes on people’s religious beliefs.

Mace won her congressional seat from now-gubernatorial candidate Cunningham. Mace won her party’s primary, even though she lost Trump’s endorsement after voting to impeach him for his role in the Jan. 6 attack on the capitol building.

Mace will face Andrews, a professor of pediatrics at the Medical University of South Carolina in Charleston.

Career politician Wilson has been serving the second district for 21 years.  Larkins, a businessman, is running for the first time.

In 2010, Duncan was elected to Congress after serving in the S.C. House.

Timmons has been in office since 2019. Turner is a write-in candidate. Ken Hill, the Democrat in the race, dropped out, saying he was too busy to run.

Norman was first elected in 2017 in a special election. He is running against Hudley, a career businesswoman who wants to eliminate the electoral college and filibusters and legalize cannabis.

Clyburn has been the representative for District 6 since 1993. He is the majority whip and the third-highest ranking Democrat in the House. He is running against Buckner, an attorney and former Walterboro City Council member.

Tom Rice, the current representative for District 7, was the state’s only U.S. incumbent to lose his primary. Rice, who voted to impeach Trump, lost to Fry, a Trump-backed state senator. Scott served in the Army for about 24 years. His main focus would be reforming education.

South Carolina has 124 House members and 46 senators. While the senators aren’t up for re-election until 2024, all 124 representatives are up this year.

In Richland and Lexington counties, there are five opposed elections.

The rest of Richland and Lexington County officials are running unopposed.

“A lot of times people are so comfortable in the position, and especially when they don’t have a challenger, that they just don’t do anything, because they don’t feel pressure,” Cole said. “And so as the public, we have to make sure that they are being responsive to the needs to their community and their constituents.” 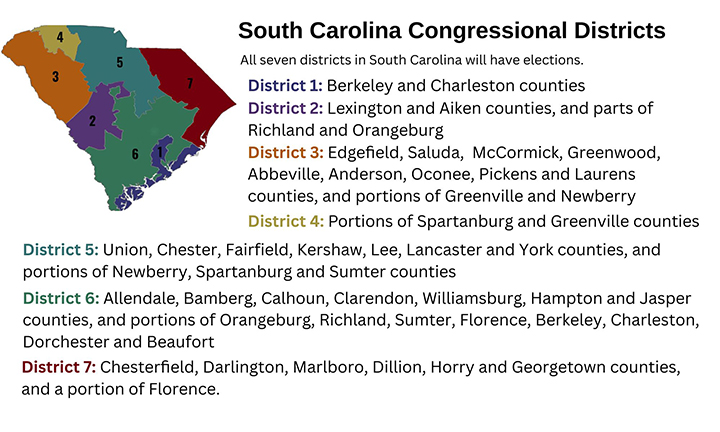 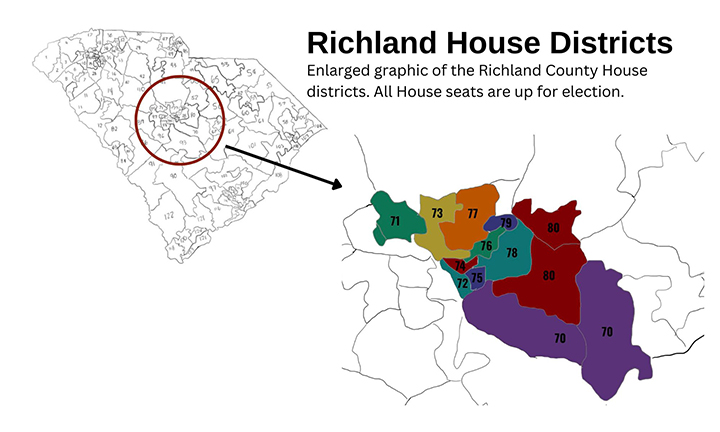 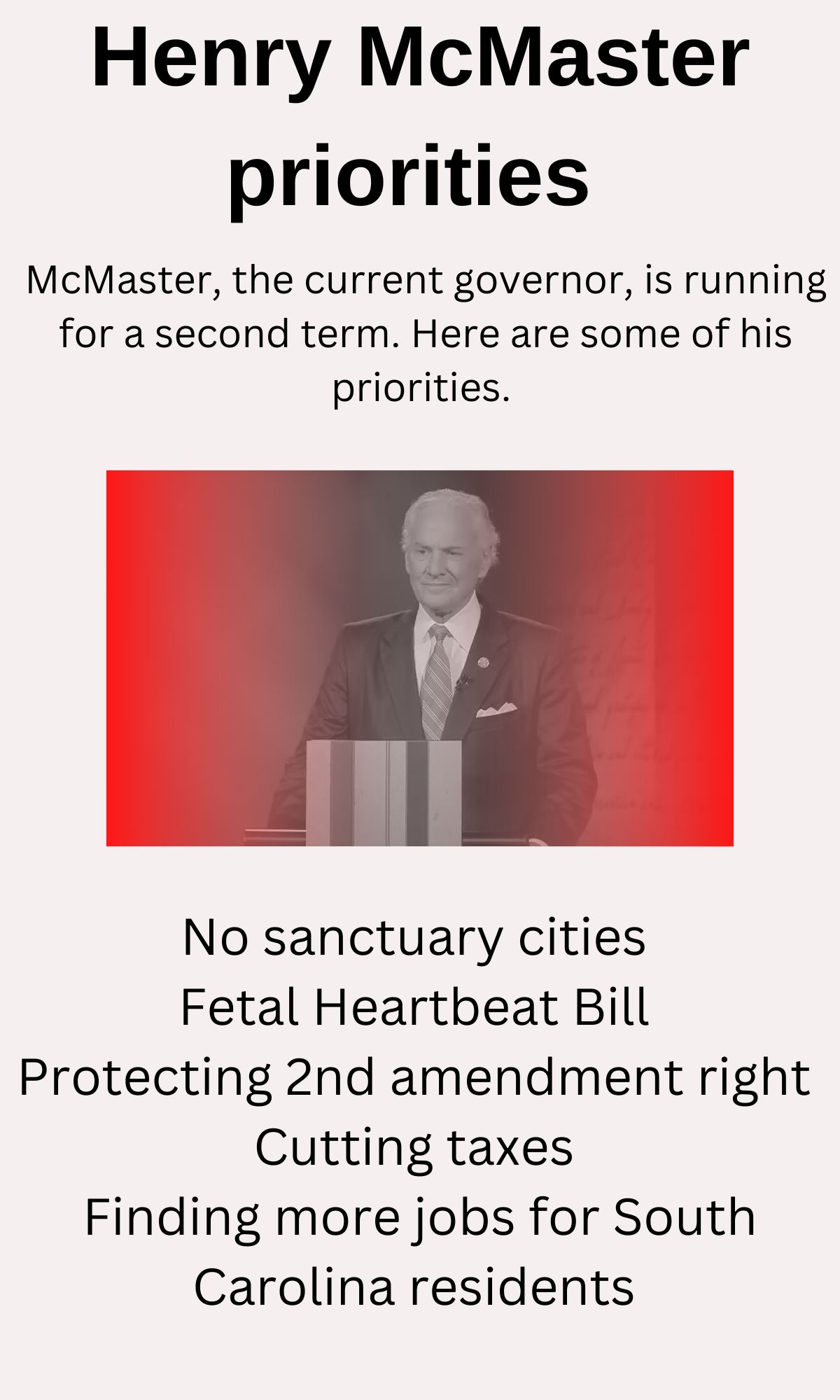 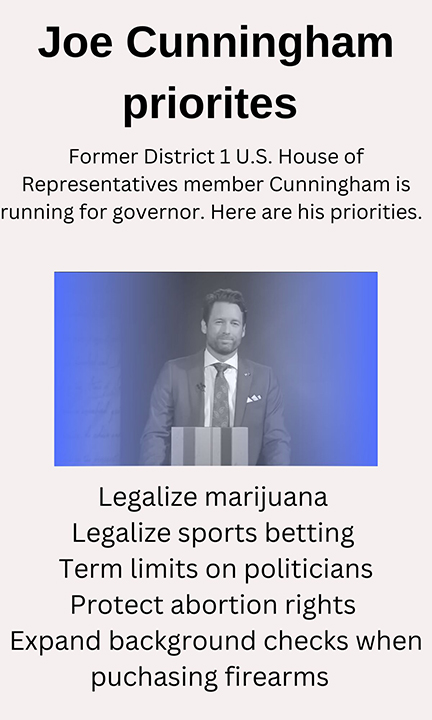 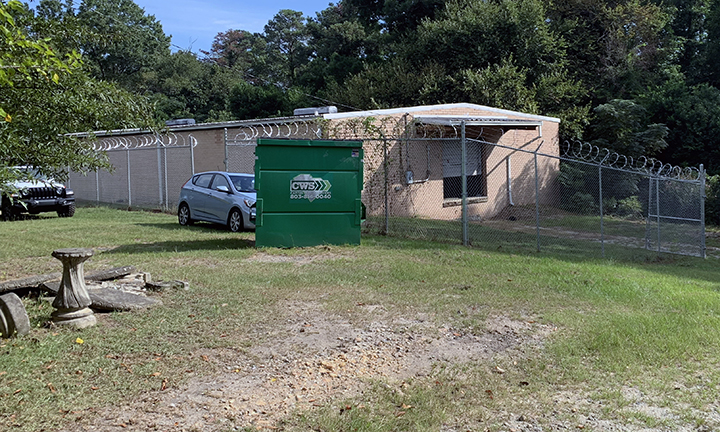 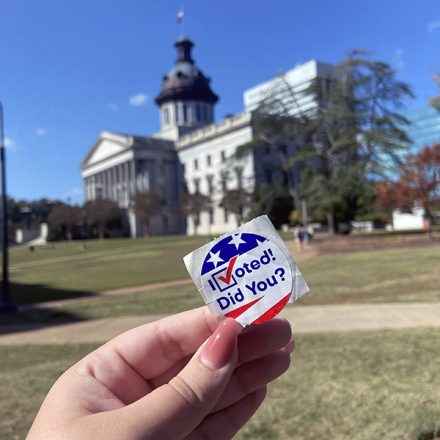 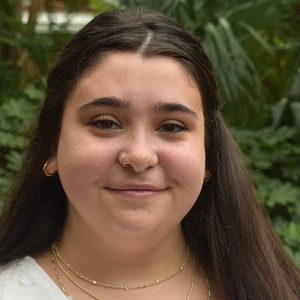