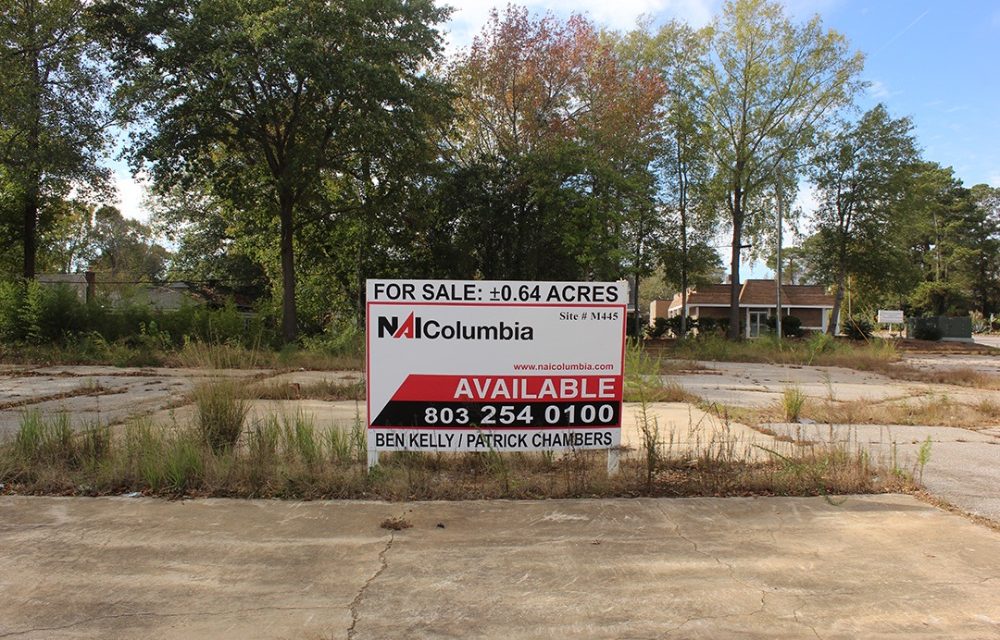 A sign advertising a vacant lot on North Main Street in Columbia. The Columbia City Council is trying to attract small businesses to the city. (Photos by Kailey Cota)

The Columbia City Council is no longer requiring new businesses to provide parking in its latest move to bring new life to the city.

Columbia is one of the most expensive cities in which to start a business in the Southeast, according to City Councilman Joe Taylor. The council has spent the past six months working to make it easier to open a business in the Capital City.

One area that the city hopes to grow is North Main Street. As people drive north of the Statehouse, the road becomes wider, businesses become more sparse and abandoned or empty lots become more frequent.

But it’s an underutilized canvas Columbia can continue to grow into, said Hi Bedford-Roberson, the president of Classical Glass of SC. She and her late husband bought the building for the business at 3031 Main St. two decades ago.

“When we first moved our business here, it was still kind of sketchy,” Bedford-Roberson said. “It’s so much better now. … I love it.”

The area has improved as businesses such as Cromer’s P-Nuts, Carolina Imports, Soda City Movers and Rambo’s Fat Cat Biscuits have grown around her storefront just north of the railroad trestle near Earlewood Park, Bedford-Roberson said.

While new businesses once had to provide on-site parking — a requirement that hiked up the costs of opening — an October city ordinance eliminated the mandate for buildings that are 7,500 square feet or less.

“When we talk about the businesses and the status of businesses (on North Main Street), I think a lot of it has to do with the cost of opening a new business and how high we made that,” Mayor’s Assistant Logan McVey said. “Our (former) parking requirements are a perfect example. The cost of renovating some of those businesses to meet the previous standards … made it not worth it.”

It’s a small part of the City Council’s mission to better connect and expand Columbia.

“Columbia is often described as a city of parking lots,” McVey said. “By getting rid of this parking minimum, all of a sudden we have this opportunity to build denser districts, denser areas.”

“In a lot of other cities that have done this, we’ve seen some really creative solutions where a restaurant that’s open for lunch will use the parking during the day, and the bar next door uses it at night,” McVey said.

Some of the City Council’s ongoing efforts include eliminating other disincentives to constructing commercial and residential buildings, allowing more people to live in the city’s center and connecting the different commercial districts.

“We’ve eliminated a lot of the roadblocks,” Taylor said. “We made it possible to build.” 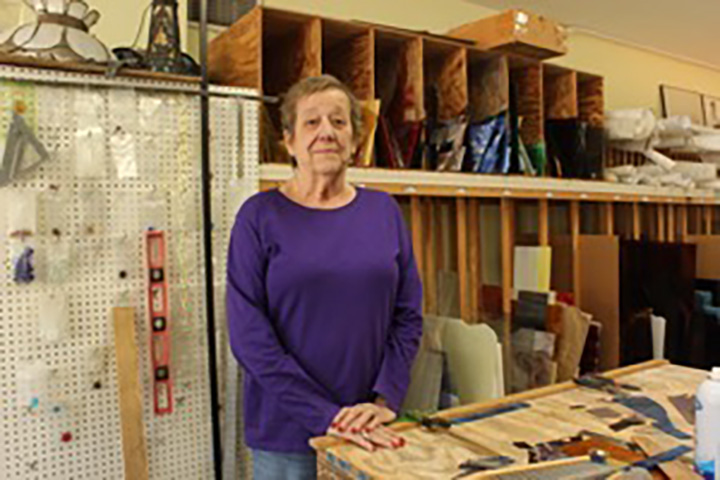 Hi Bedford-Roberson, the president of Classical Glass of SC, moved her business to North Main Street 20 years ago. 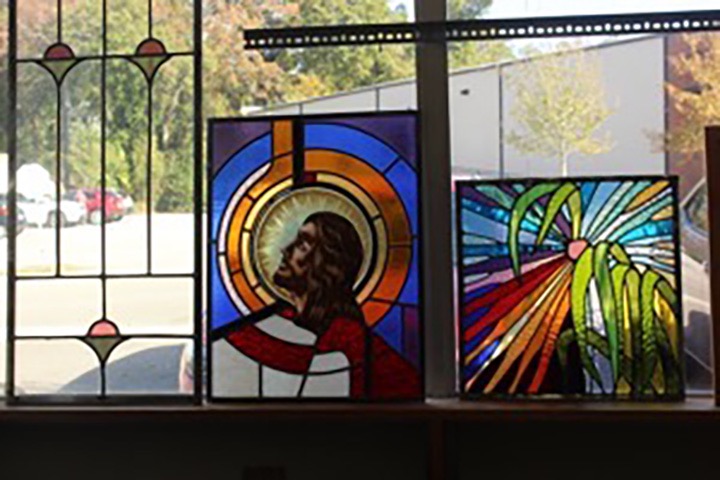 Work sits in the window at Classical Glass of SC, a North Main Street shop. The city is working to attract more businesses to the area north of the Statehouse.