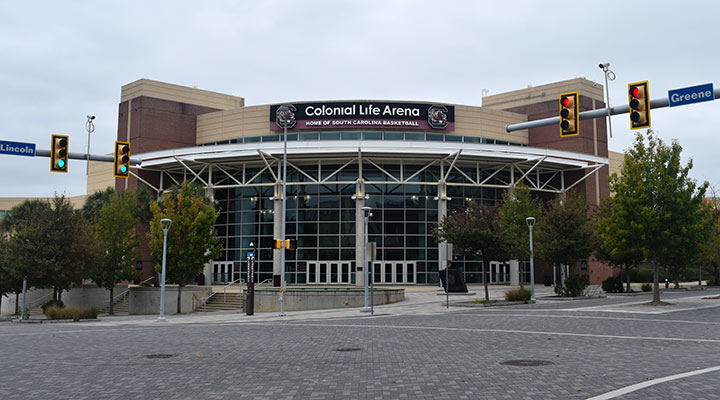 Dawn Staley still remembers hearing her voice bounce off the walls inside Colonial Life Arena during her first season at South Carolina.

It’s hard to imagine a time when South Carolina women’s basketball wasn’t selling out its games. But when Staley became head coach in 2008, the Gamecocks drew in about 2,800 fans per game. The arena, which carries the name of a Midlands insurance company, can seat more than 18,000 spectators.

“It was the beginning of something that turned into something special,” Staley said. “But I never want to forget those days because those days are when we got our first start. … There are people that have never missed a game and my entire career at South Carolina is for those people that really believed when there wasn’t a whole lot to believe in.”

Staley has now led the Gamecocks to two national championship victories, one in 2017 and most recently in 2022. She has gained a lot more support for the team. Last season, South Carolina averaged 12,431 fans at home games, a 343% increase from Staley’s first season.

Outside of basketball, the arena has hosted other events, such as concerts and graduation ceremonies. Here’s a look at some of the memorable events from the “Crown Jewel” of the Palmetto State.

Eight cities were selected to host the first two rounds of the 2019 NCAA Men’s Basketball Tournament. Columbia was one of them, which the city hadn’t done since 1970.

“It was incredible,” said Sidney Kenyon, the general manager of Colonial Life Arena for seven years. “It’s very taxing on your staff, but we often tell them, ‘A few years down the road, we won’t remember how tired we were. But we’ll remember being a part of such an awesome event.’”

There were plenty of big draws for the nearly 48,000 fans that attended those games.

Current NBA stars and former Duke players Zion Williamson and RJ Barrett combined to score 99 points in the two rounds for the Blue Devils. The future national champions also were playing. After becoming the first No. 1 seed to lose to a No. 16 seed one year prior, the Virginia Cavaliers began their championship run at Colonial Life Arena.

To this day, Kenyon hasn’t forgotten hearing those words uttered by the legendary coach.

“That’s not why we do what we do but it’s nice when you get that recognition for your entire staff and the entire city and region,” he said.

If the Gamecocks defeated UConn, Rucker said, he would host a free concert for the fans. When the final buzzer sounded and USC won, he delivered on his promise.

On April 24, Rucker even brought a special guest, Nelly.

“Most tours, you’re talking about months if not a year in planning, and we put that all together in a matter of weeks,” Kenyon said.

USC students were awarded free tickets through a lottery system. Kenyon said it was “pretty incredible logistically” to determine how students would receive tickets.

“We knew it was going to be tight to have the capacity to deal with the demand,” he said. “But I think at the end, I think everybody who wanted to get a ticket (got one).”

There have been 215 live performances at the venue since its opening.

Catherine Coleman, a freshman marketing major, attended her first-ever show in October. She went to see Pitbull and Iggy Azalea.

“They had the stage set up one way for (Azalea), and then they took a break for 10 minutes and totally rearranged the stage for Pitbull’s performance,” Coleman said.

Coleman went with three of her friends and had nosebleed seats. But being higher up didn’t take away from the experience, she said.

“I thought it was a lot of fun, especially Pitbull — he’s just a good performer,” Coleman said.

The South Carolina men’s basketball team sent its fans home happy after pulling off a major upset on Jan. 15, 2020.

The Gamecocks were tied with No. 10 Kentucky with only 4.1 seconds remaining in the game. With the ball in his hands, then-redshirt freshman guard Jermaine Couisnard drove up near the three-point line, where he heaved a high-arcing shot. As time expired, the ball bounced off the backboard and went through the basket, giving South Carolina an 81-78 victory.

Fans were prevented from storming the court, but the noise was deafening.

“I don’t know if I’ve ever heard the building that loud,” 46-year-old fan Patrick Langston said. “There may be some other times, but that one just really stands out because I don’t think many people really gave us a shot. And I think just the excitement and the momentum that was building for that crowd was just absolutely fantastic.”

Langston went to the game with his then-11-year-old son and said he still remembers it.

“He talks about it all the time,” Langston said. “Even last season, when we showed up for a few games, he said, ‘Hey, you think that’ll happen again?’ And I said, ‘Hey, you can only hope.’”

Colonial Life has hosted many high school and college graduation ceremonies. USC also has its fall and spring commencements there. But when COVID-19 struck, schools held their ceremonies outside.

When the pandemic began to slow down in 2022, graduations started to move back indoors again.

Months before attending the Pitbull concert, Coleman graduated from Chapin High School at the arena.

“Graduation was really cool from there because they were able to fit a lot more people,” Coleman said. “Especially during the COVID years, families were limited to the amount of tickets they got. And then because Colonial Life is so big and has so much space, it was unlimited tickets.”

Other events are coming up.

Colonial Life Arena will host an escape room challenge Nov. 17. Teams of two participants will be selected and have a chance to win a “golden ticket.”

“The winners for that escape room are going to win two tickets to every event we have for an entire year,” Kenyon said.

Both of USC’s basketball teams will play in 20-year anniversary celebration games on Sunday, Dec. 11. The women will play Liberty University at 2 p.m., while the men take on Presbyterian College at 6 p.m.

There will be other promotions to celebrate the anniversary, according to the arena’s website.

“I hope that the next 20 years are as fun and as exciting as the last 20,” Kenyon said. “I look forward to what that may bring. But it is incredible that 20 years have already passed.” 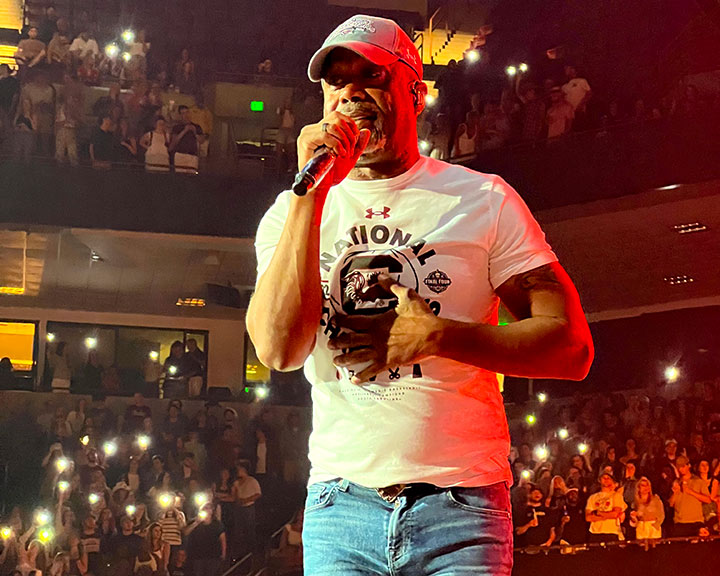 Darius Rucker, a USC alumnus, country music star and lead singer for 1990s hitmakers Hootie & the Blowfish, held a concert that was free to students on April 24, 2022. 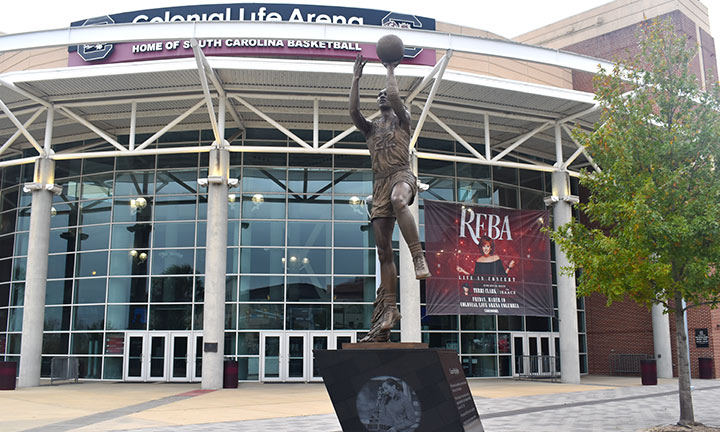 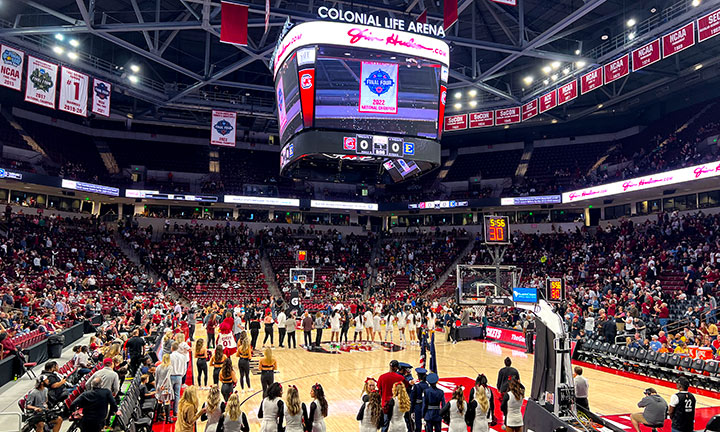