Columbia artists mourn over Notre Dame, the jewel of Paris 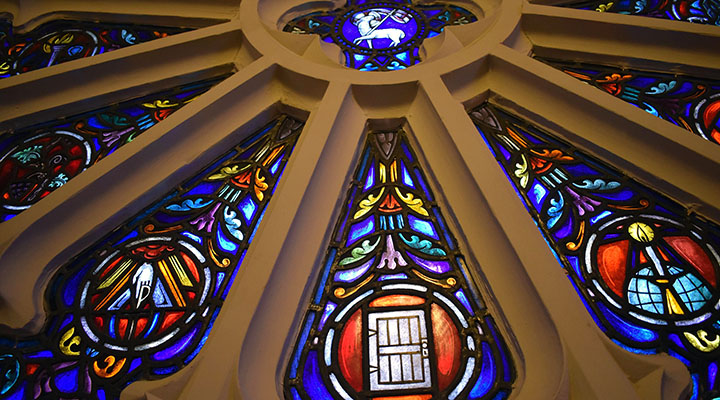 Nine hours. For nine hours, everyone watched the hundreds of years of art preserved in France’s cherished Notre Dame burn, and the world wept.

Alicia Leeke, a Columbia-native artist known for her abstract landscape paintings, including four of Notre Dame, holds her trips to the cathedral close to her because of the artistic appeal and the memories of each visit.

“Everybody’s been there and have seen something that they really like and cherish. It’s such a magnificent structure…People’s experience of being there and lighting a candle, a prayer for somebody,” Leeke said.

She believes that the burning of Notre Dame is a tragedy for artists everywhere not only because of the history that was lost but because the iconic cathedral, known in French as the cathedral Notre-Dame de Paris, is a backdrop to people’s memories.

Leeke wants to capture this relationship by creating another painting based off a photograph she took on her last trip, one that would represent this connection between architecture and memories. In the photograph, two women wearing red raincoats and black pants carry umbrellas as they walk in front of Notre Dame after a rain.

“It is just a really cool vision to see Notre Dame as the backdrop for the people in the picture,” she said.

Along with being a staple memory shared among families and friends worldwide, this Parisian jewel stood through centuries of history and holds a special place in the hearts of artists.

Because it was built from 1163 to 1345, architectural elements from the medieval gothic style were used in the design of the cathedral. The gothic design includes flying buttresses, which stand on separate columns and arch to the building to support the tall, thin gothic-style stone walls and a pointed spire on the roof that points to the heavens.

Through the doors were religious relics, such as the stained-glass windows, the crown of thorns and the golden cross, are among the most viewed. According to the Rev. Canon Dorian Del Priore of Trinity Episcopal Cathedral, located on Sumter Street in Columbia, the high ceilings and decorated dome roof is a way to lift the spirit and the eyes toward Christ.

Within days of the fire, companies like Gucci and Louis Vuitton, and millionaire donors have raised over $1 billion to rebuild the Notre Dame Cathedral precisely as it was built almost one thousand years ago.

Over 4,000 miles away, the art community in Columbia looks forward to the rebuilding.

“It’s been an inspiration for many other artists, not only 2D painters like me but photographers as well,” Leeke said.

Leeke first visited Notre Dame in her art studies at Columbia College and later in her art career. She said she was drawn to the architecture, particularly the stone-carved gargoyles, the spire and the stained glass rose windows.

“The most noted thing, I believe, were the rose windows,” Leekes said. “The rose windows are just stunning… they just have such beautiful colors coming through them.”

The stained window colors are accentuated in Leeke’s work. Of her four paintings of the cathedral, three play on the different lighting at different points of the day, which brings forward different colors of the stained glass. Prints of her Notre Dame paintings are located on her website.

Leeke said she was in disbelief when she heard that this building she held dear caught fire, but she has faith it will be restored because so many cherish the magnificent structure.

“It’s too much of a valuable, beautiful place to not rebuild,” she said.

Will South, the chief curator of the Columbia Museum of Art, believes the experience of Notre Dame is essential to nurturing the human spirit.

“We need Notre Dame,” South said in the blog The Jasper Project, a local arts magazine. “We need to experience it. That experience—to see and smell and hear an object designed and built to touch the miraculous—can become part of us.”

South believes that the burning of Notre Dame is a reminder of fragility in all things. He said he is using this tragedy as a lesson, evaluating the true importance of the cathedral today.

South said that it’s not historical information that was lost in the fire, because we still have that, but the public lost the opportunity to stand inside, see the beauty of the building and experience “the most exalted of human ambitions.”

“Notre Dame can be rebuilt, and must be,” South said.

Lydia Brandt, an art professor who has taught history of architecture at the University of South Carolina, said she cried over the fire, because even with rebuilding plans, “It’s never gonna be the same.”

According to Brandt, the Notre Dame cathedral is one of the most documented buildings in the world. With records like photographs, drawings and digital three-dimensional scans, historians and architects can evaluate every inch of the building, meaning that recreating what Notre Dame once was will be no issue. But even so, people were upset about the fire.

“That speaks to how important the real thing, the authentic, old thing is,” Brandt said about the worldwide sorrow. She said the fire should remind everyone “how important it is for cities to… invest in preserving their architectural monuments.”

Brandt says the Notre Dame Cathedral is a “monument of French medieval architecture” because of its artistic qualities of sculpture and glass and how “all of that is wrapped together with the architecture.”

“It was created over centuries, so, it’s really a monument to how the medieval period changed over time,” she said.

The Notre Dame was built at the beginning of the French medieval architectural period, and from this cathedral and many like it, Brandt says American churches picked up features, like Trinity Cathedral on the corner of Sumter and Gervais Street in Columbia, which was built in 1812.

Trinity holds many features similar to Notre Dame, including the buttresses and the stained glass. Brandt said that designing a European-like a church with medieval qualities helped the city communicate its significance, that Columbia is “South Carolina’s Paris.”

“And Notre Dame is the epitome of that,” Del Priore said. 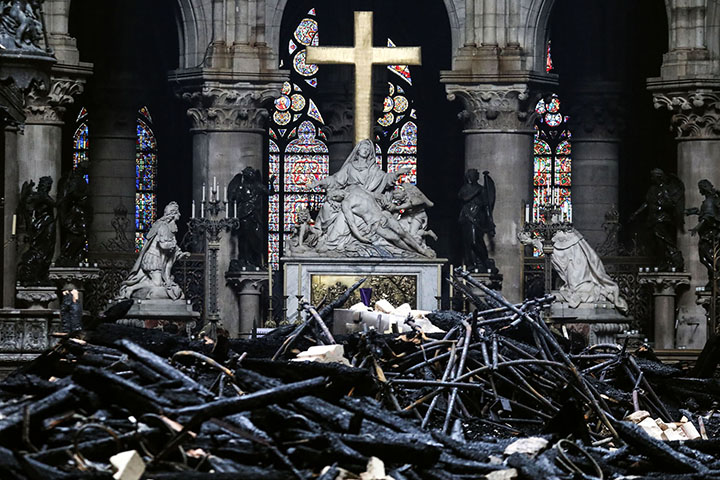 Notre Dame endured significant damage from the fire, but many religious relics, such as the altar cross, the crown of thorns and the stained glass rose windows, were saved. Credit: The Atlantic. 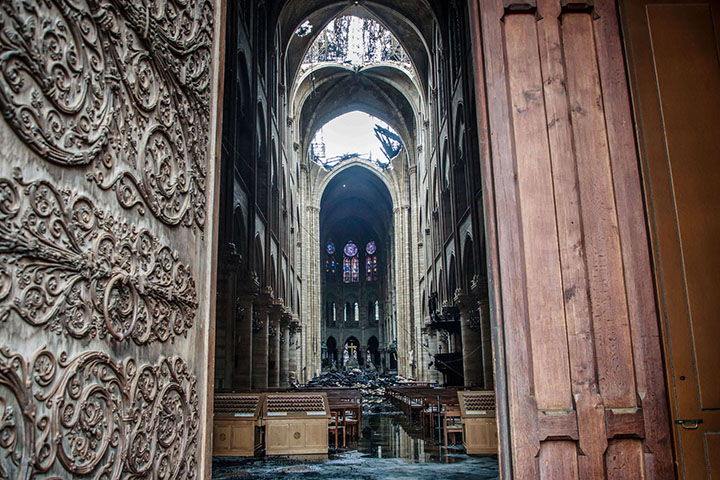 Notre Dame’s high dome ceilings were destroyed by the fire earlier this week. According to the Rev. Canon Dorian Del Priore of Trinity Episcopal Cathedral in Columbia, the design of the ceilings are meant to draw the eye up to heaven. Credit: The Atlantic. 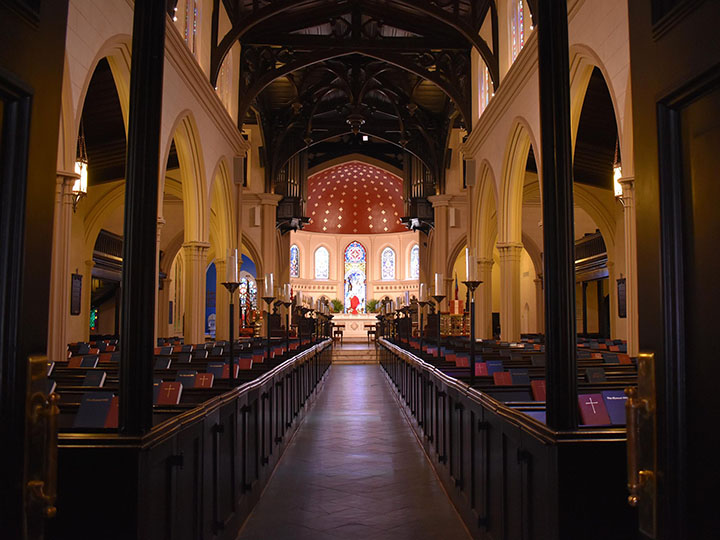 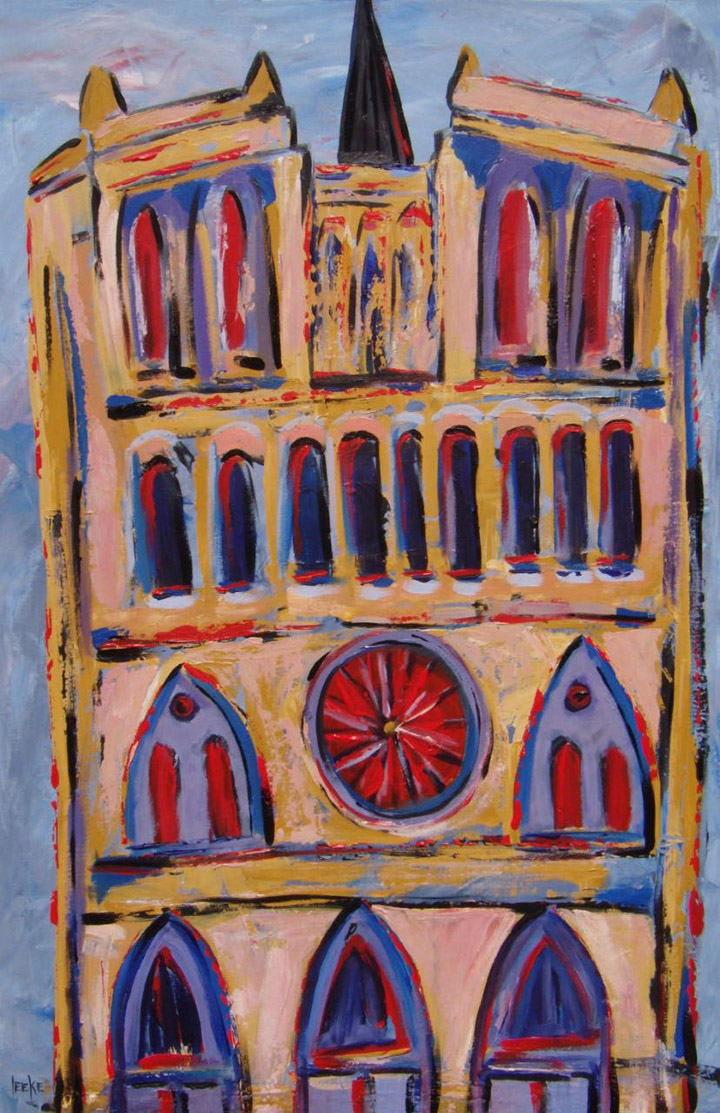 Alicia Leeke, a Columbia-native artist known for her abstract paintings, has created four paintings of Notre Dame Cathedral. This piece, “Notre Dame at noon,” plays on the noon lighting hitting the windows and stone. 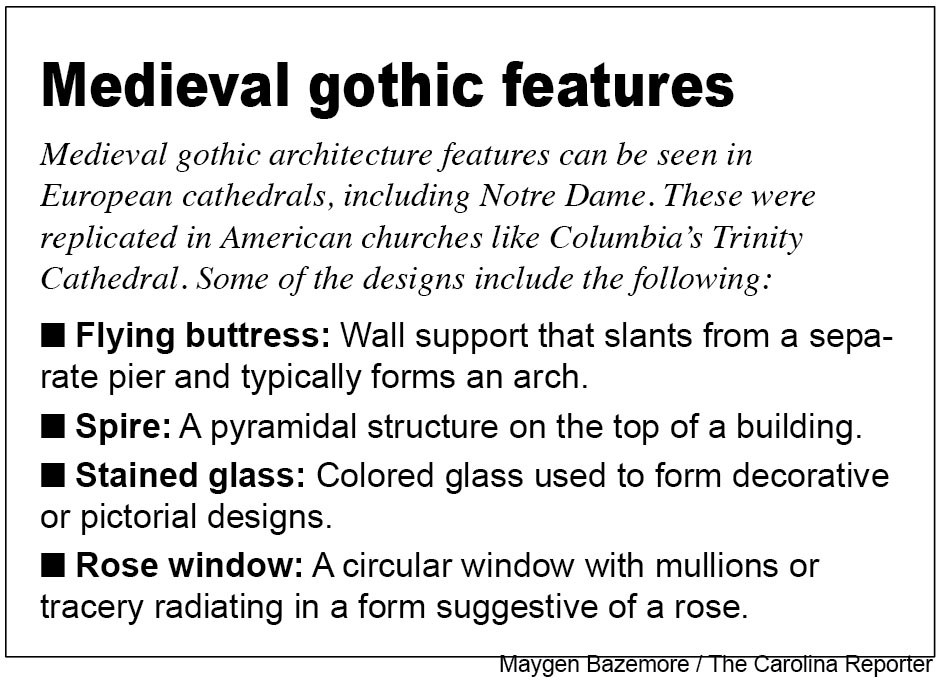