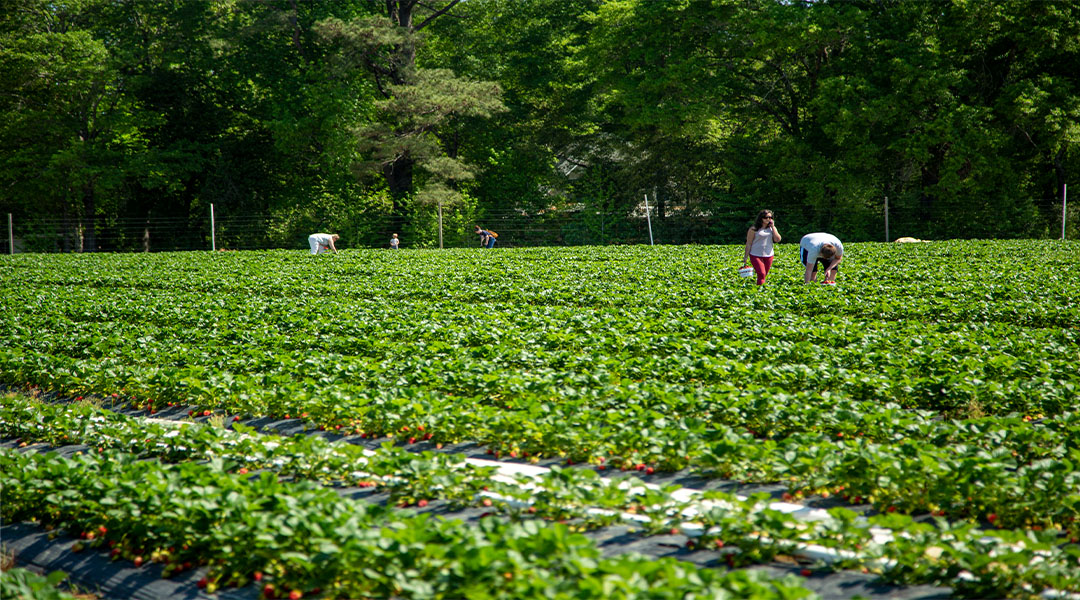 Elizabeth Morris said she has been coming to Cottle Strawberry Farm with her family since she was a child. This year, the 20-year-old Columbia native brought two friends so they could experience strawberry picking for the first time.

“My mom and I make jam every year, so I’m bringing some friends along this year to teach them,” Morris said.

Farm manager Hunter Bulloch is a fourth-generation farmer and is the son of the owner, Joy Cottle. He said this year is extra special after surviving the brunt of the Covid-19 pandemic last year.

“It just feels good to be open because a lot of businesses didn’t, so to be able to come back and see a lot of regulars and to just see some smiling faces. A lot of people lost this year, financially and family-wise,” Bulloch said.

While so many indoor businesses closed last summer due to the coronavirus pandemic, the farm was allowed to stay open during the height of the pandemic because it was an outdoor attraction. Bulloch said the farm was busier than ever during this time and saw up to 10,000 people per week last season.

“We were actually swamped where we had, we have seven locations, and we closed six of them just to supply berries to just this one,” Bulloch said.

Stephanie Hindle has worked as a cashier at the farm for the past four years and said she’s also grateful to be back another season.

“I enjoy it. Just you know, getting out of the house and you meet new people and, of course, the fresh smell of strawberries in your face every day,” Hindle said.

Bulloch said the farm’s most popular demographic is families with children, because berry picking is a fun outdoor activity for them. He said it’s also important for children to learn where their food comes from.

“A lot of people like my parents and grandparents either had gardens or had farms. And now it’s kind of a dying breed so there’s far fewer farms,” Bulloch said.

Megan Cauthen visited the farm and brought her two young sons to pick strawberries for the first time. She said although she’s lived in Columbia her entire life, this was also her first time visiting the farm. The Cauthen family plans on making a strawberry shortcake with their haul.

“We have two little boys, Perry and Hain, and so we just kind of look for things that we can do outside while it’s nice weather and tires them out,” Cauthen said.

Wilbert Dinkins and his wife drove from Sumter, South Carolina to pick strawberries at the farm. Dinkins said he didn’t mind making the long drive because there aren’t any strawberry farms in his area.

“When I heard about it,  I said,’ I gotta get me some’ because we used to have one close to us, but they closed it down,” Dinkins said.

Like Cauthen and Morris, he also said the pleasant weather was his favorite part about the experience. However, he said his strawberries won’t last long enough to be made into a sweet treat.

Although Bulloch is lactose intolerant, he still recommends customers pair their handpicked strawberries with ice cream.

“Chocolate is wonderful with strawberries, obviously. One of my favorite things is still, again it’s dairy, but vanilla ice cream with freshly cut strawberries is about as close to a drug as it gets,” Bulloch said. 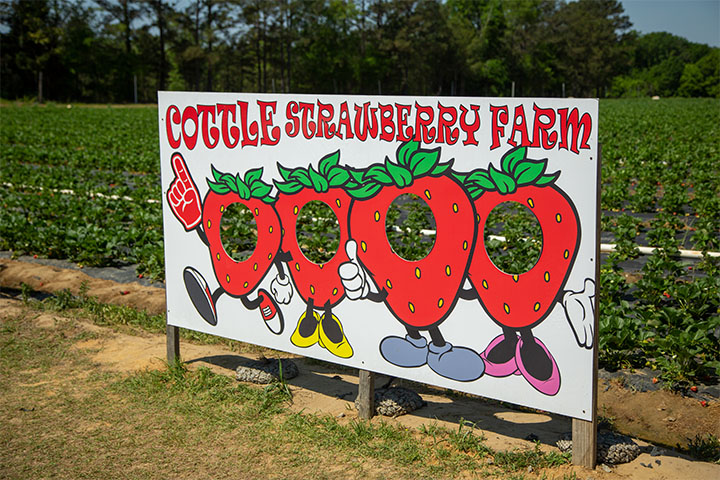 Families with children are the most frequent customers at the farm, with children often sticking their heads through the photo stand-in for photo ops. 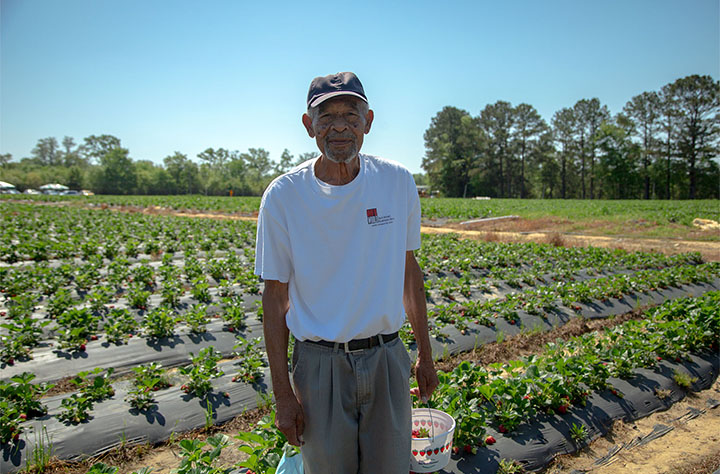 Wilbert Dinkins and his wife drove from Sumter, S.C. to go strawberry picking at the farm. 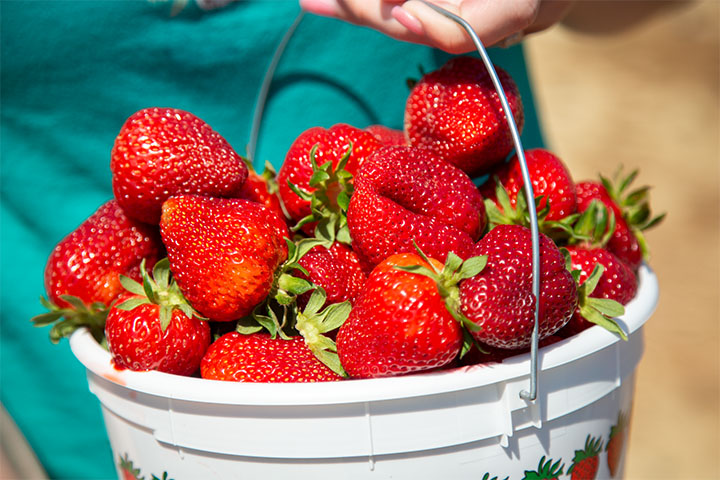 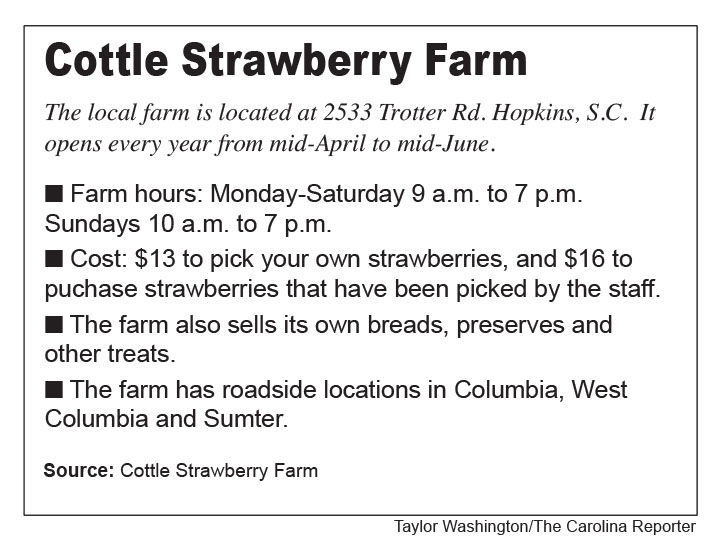