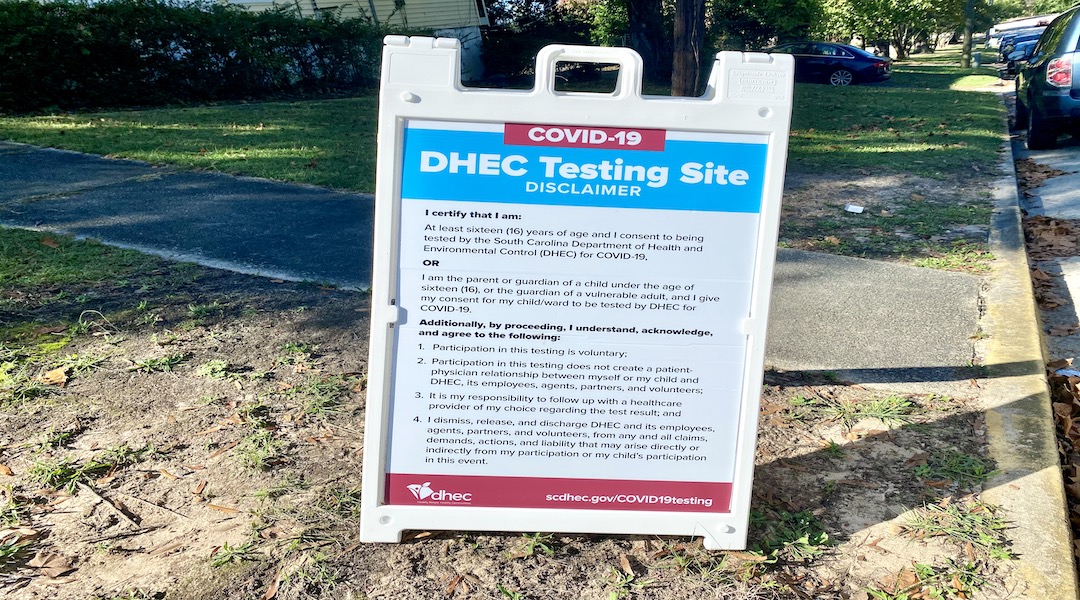 As new confirmed COVID-19 cases are slowly falling from the spike over the weekend, there was no line for the DHEC testing site located near Five Points.

After more than seven months of COVID-19, the pandemic shows no signs of going away any time soon. From increased cases in Richland County schools to a University of South Carolina party with more than 2,000 students, here are the latest updates for South Carolina.

The report brings the total number of confirmed cases for the state to 157,394 with 3,349 confirmed deaths.

The S.C. DHEC has reported 1,038 cases among school-aged children but most schools with cases are reporting less than five cases total.

A party over the weekend at the Orchard—a Columbia apartment complex—is said to have been over 2,000 strong. The game-day bash was broken up by the Columbia Fire Department as firefighters responded to a medical emergency call.

Fire Chief Aubrey Jenkins said, “We all have got to be very careful because the one thing that we don’t want is for things to subside and all of a sudden spike up again because we’re not doing what we should be doing.”

First responders also said partygoers threw bottles at them when they first arrived to break up the huge gathering.

The University of South Carolina’s case data from Oct. 15 shows that the campus has 39 active cases, 29 of those being students. The campus has had a total of 2,549 cases since Aug. 1.

UofSC has been utilizing “randomized testing,” in which some students receive an invitation to get tested. Students who do get tested also receive a free UofSC T-shirt and can enter drawings for prizes.