Cultures unite to add magic to “The Nutcracker” 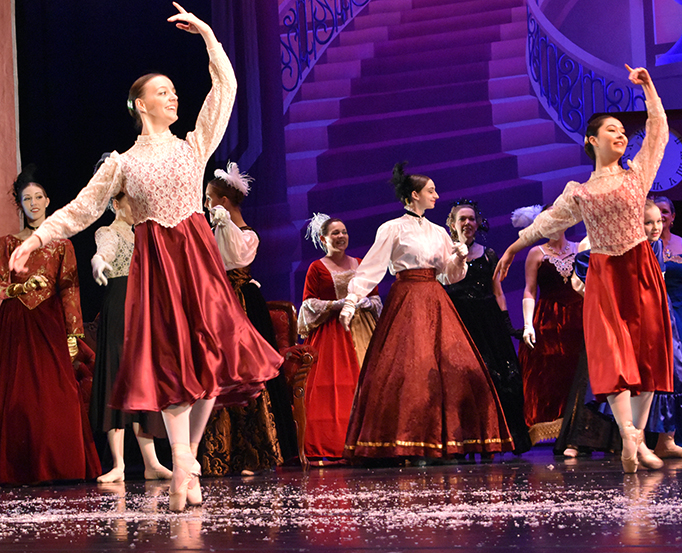 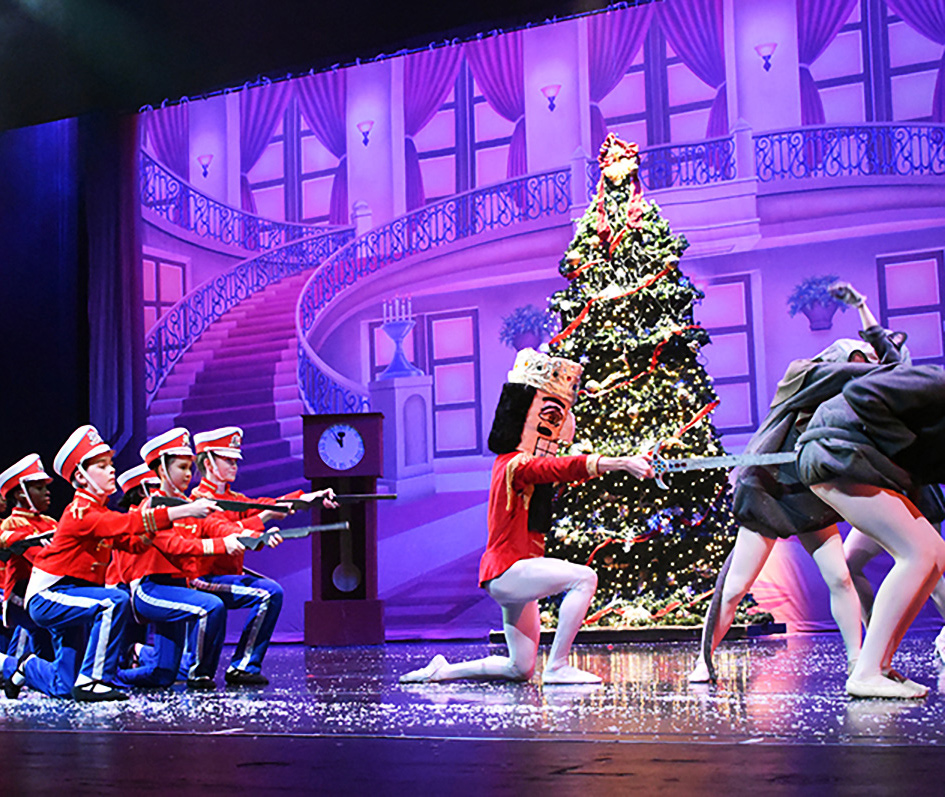 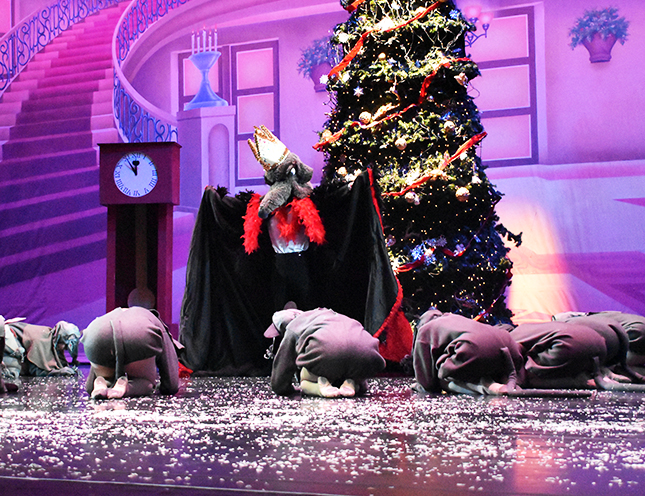 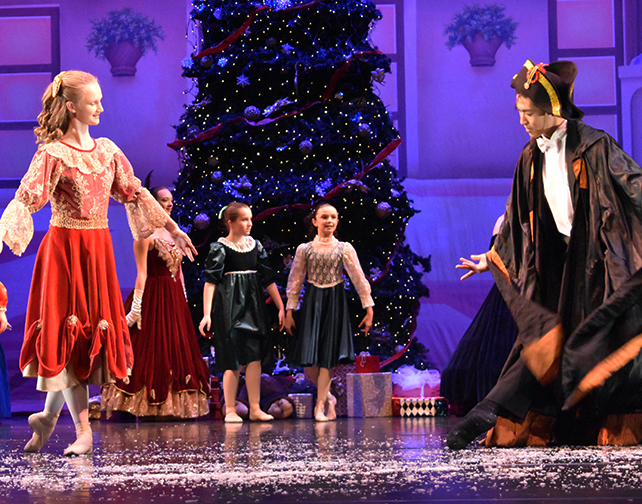 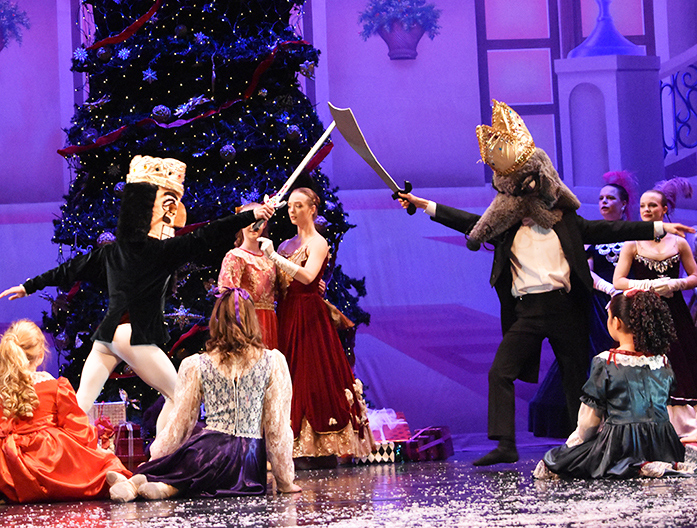 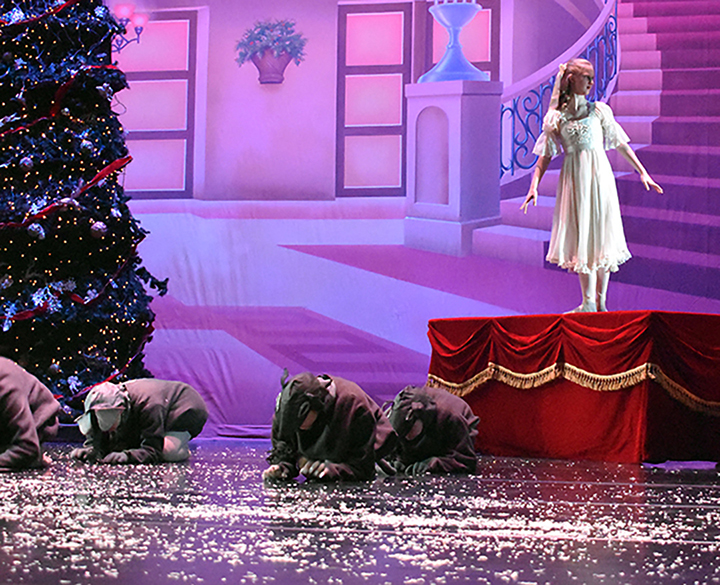 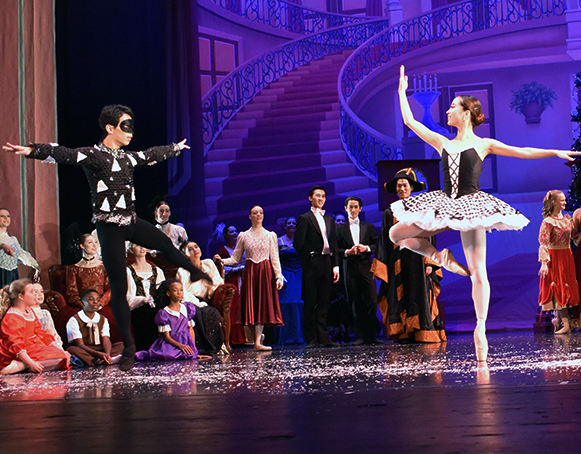 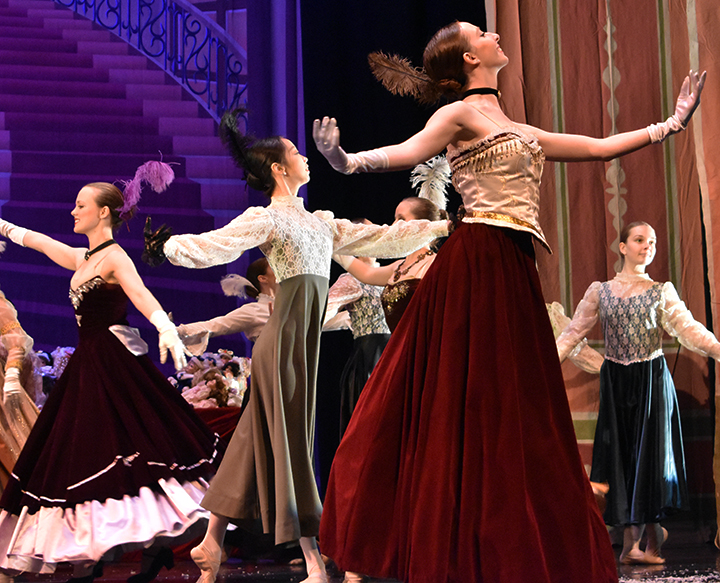 Swipe through gallery above to view more photos of “The Nutcracker” production.

Americans take pleasure in holiday traditions, and the much-celebrated “The Nutcracker” ballet is no exception.

For many international dancers, it’s an opportunity to take part in a tradition that’s less celebrated in other parts of the world.

Radenko Pavlovich, the artistic director of Columbia Classical Ballet and instructor of Pavlovich Ballet School, is currently instructing 13 international dancers, three of which are gold medalists and one a silver medalist from ballet competitions. He said he prefers dancers from different cultures so the diversity shows on stage. 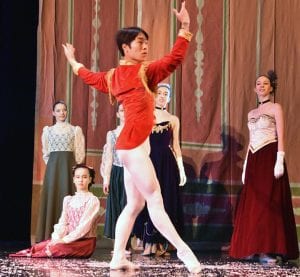 “If everyone is the same it becomes boring,” Pavlovich said. “You have to have dynamic because it brings a different energy on stage.”

Pavlovich, a native of the former country of Yugoslavia, said “The Nutcracker” isn’t a popular holiday classic in Europe, but it still holds a special place in his heart. Pavlovich stressed the importance of maintaining the origin of ballet performances and treats them as a “pure art form.” Columbia Classical Ballet has been staging  “The Nutcracker” since 1996.

He said he expects his dancers to have the same respect and admiration for ballet as he does.

“When I went to ballet school, there was a strict regimen about ballet,” Pavlovich said. “If you go into the ballet studio, you have to treat it with respect like you are walking into church.”

For Wei-Jie Sun and Yu-Jhe Sun, 18-year-old identical twins from Taiwan, working on “The Nutcracker” with Pavlovich has been a great opportunity to learn about the craft. The Sun brothers said they enjoy working on a “traditional holiday performance.”

“In our school, we only do one act,” Yu-Jhe said. “Here, we do all of the acts, and that’s what being a dancer is about. It’s about acting and performing expressions on stage.”

Pavlovich said he likes to change small things every year in his performances, but refuses to modify it too much because he wants to preserve the beauty of the dance and the meaning behind its tradition.

“Each ballet is like a special ornament… you don’t want to break it,” Pavlovich said. “You can add a small jump and add a turn into a jump. We don’t want to make it look like a circus, but you want to add a little more so your audience can say ‘wow.’”

Rei Matsura, a Japan ballet dancer in “The Nutcracker,” said she came to the U.S. without knowing English but will be playing her dream role of the Sugar Plum Fairy.

“I like working with Radenko. He helped me build a lot of technique on top of what I know,” Matsura said. “I am so happy to play Sugar Plum. I am nervous but very excited, too.”

Clement Guillaume, a 20-year old ballet gold-medalist from France, was set to perform as the Cavalier in “The Nutcracker” but had to step down from the role due to an ankle injury.

Guillaume, who began dancing with Columbia Classical Ballet and Pavlovich Ballet School when he was 17-years-old, was beginning his third season with the company.

“Coming to America and doing this production is great, and it is an honor to be a part of this,” Guillaume said.

Pavlovich, who likes to keep tight control over certain parts of production, views the stage as a beautiful painting that “needs to be pleasant” to the eyes. He hopes his work will evoke magic and inspiration with the audience and the diversity of the show will shine through, while remaining true to himself and the dance’s enchanting tradition.

Columbia Classical Ballet will be hosting “The Nutcracker” on the stage of the Koger Center on Nov. 30, Dec. 1 and 2. Tickets can be purchased by phone or by visiting columbiaclassicalballet.com. 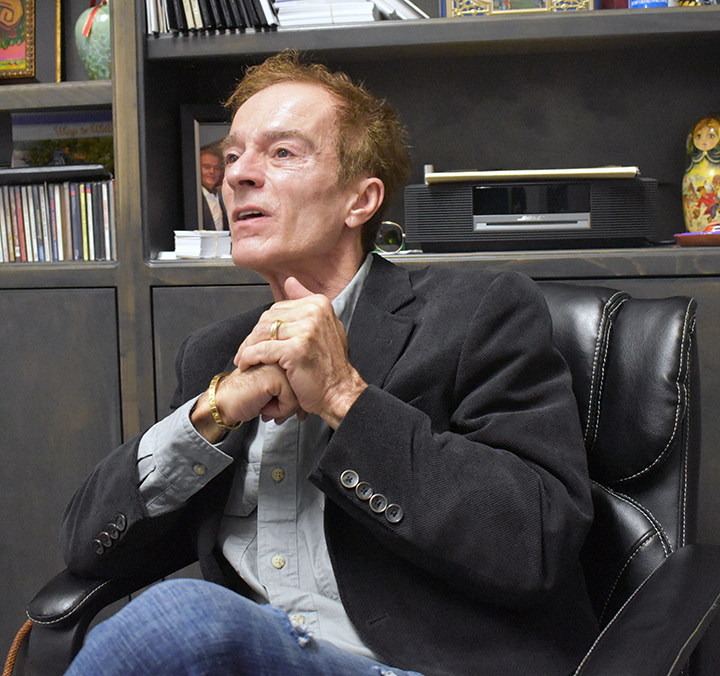 Radenko Pavlovich said ballet is a pure art form. He expects his dancers to have the same respect and admiration for ballet as he does. 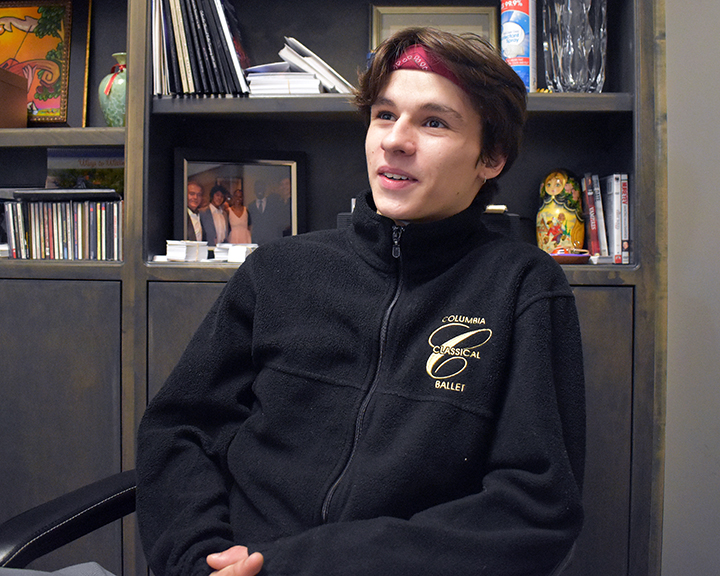 Clement Guillaume, a 20-year-old ballet gold medalist from France, said “The Nutcracker” is not as celebrated in Europe as it is in America. 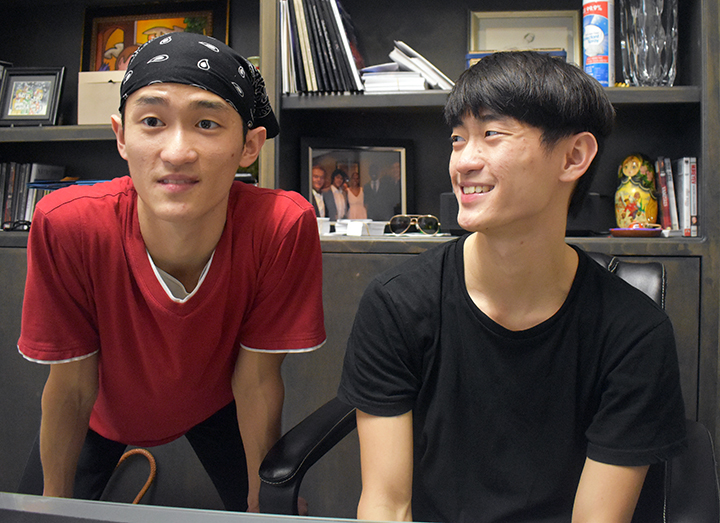 Yu-jhe Sun and Wei-jie Sun, 18-year-old identical twin ballet dancers from Taiwan, said it has been a great opportunity to learn from Pavlovich this year. 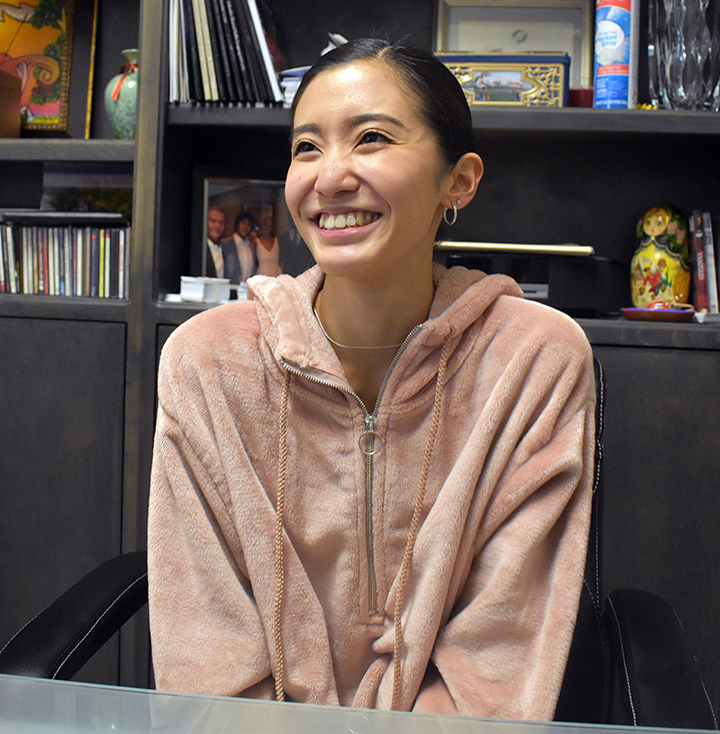 Rei Matsura,a ballet dancer from Japan, said she could not speak English when she first came to the U.S. She said she is very excited to play her dream role, the Sugar Plum Fairy,  in “The Nutcracker” this year. 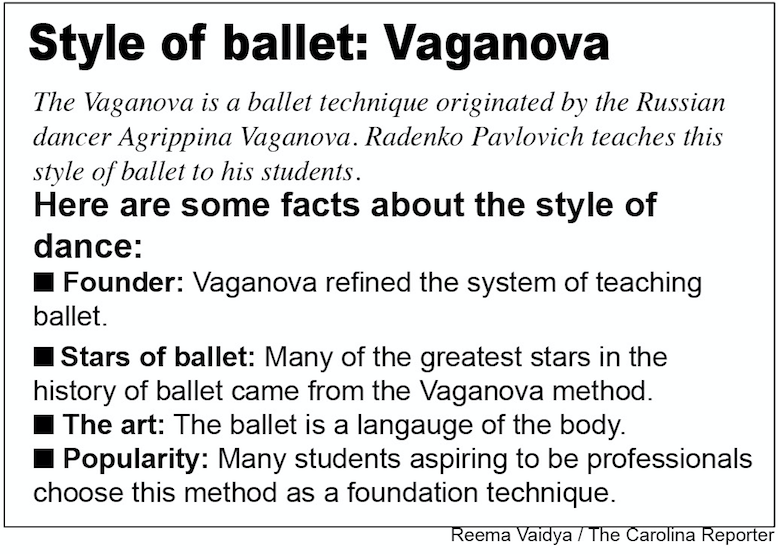