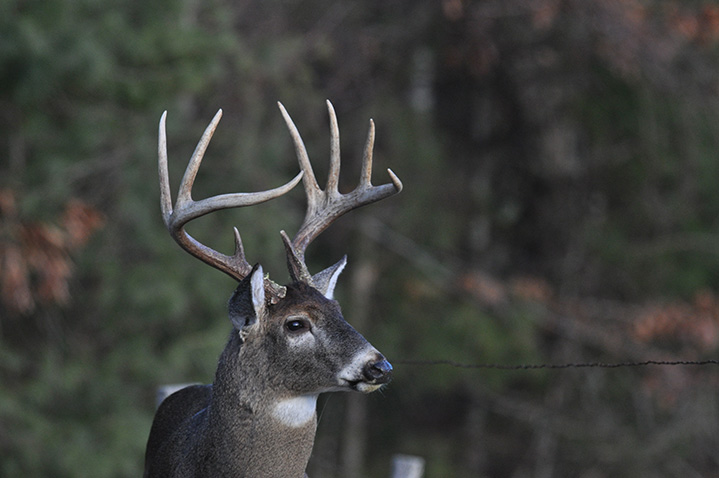 White tailed deer, like the ones found in South Carolina, are at risk of getting chronic wasting disease. Photo courtesy of DNR

Hunters traveling to North Carolina will have to follow stricter rules to prevent a deadly disease from spreading to deer populations in South Carolina this season.

The North Carolina Wildlife Resources Commission in March confirmed a case of chronic wasting disease about 75 miles from the S.C. border. A second case was confirmed in August.

Chronic wasting disease is a fatal neurological condition found in animals such as deer.

The disease is not caused by a bacteria or virus, but by a mis-folded protein called a prion that then multiplies and can damage the deer’s nervous system, according to the S.C. Department of Natural Resources. It’s not known to spread to humans.

DNR wildlife biologist Jay Cantrell said the fatal disease progresses slowly over a few years, which can make it harder to contain than others.

“Those typically aren’t as big a deal because, you know, the time period for disease transmission is minimized,” Cantrell said.

There is no way to treat chronic wasting in wild populations, Cantrell said. The only way to prevent it is to stop infected animals from entering the state.

Chronic wasting cases have been confirmed in 30 states across the United States, including North Carolina. There are no cases so far in South Carolina.

DNR has had rules in place, but now is beginning to enforce restrictions specifically what hunters can bring in from North Carolina.

Even after a deer is killed, infected parts of the carcass can contaminate the environment and spread chronic wasting.

Because of that risk, hunters are not allowed to bring whole deer carcasses, deer heads (unless they are finished taxidermy) or any part of the neck or spine, according to DNR.

Hides without heads, cleaned skulls, de-boned meat, and quarters without any part of the spine or head attached, are allowed.

Beyond just enforcing the rules, Cantrell said DNR is working to spread awareness of chronic wasting to hunters as part of their prevention efforts.

“You’d really have to be living under a rock now to not know [about chronic wasting],” he said of hunters.

Part of its campaign includes sending information about chronic wasting when it mails the tags hunters need to hunt deer each season.

Local hunter and University of South Carolina professor Daniel Ostergaard agrees that DNR is doing the right thing when it comes to preventing the disease’s spread.

“I think the one resource management tool is to just try to prevent it and prevent its spread,” Ostergaard said. “And so, you know, they’ve done that by not allowing carcasses across state lines. I have no problem with that whatsoever.”

He also noted that a decrease in the health or population of deer in South Carolina could have potential economic impacts on the state due to the popularity of hunting.

Morgan Pring, a deer processor from Sumter, is confident that DNR’s efforts will keep chronic wasting out of the state – at least for the time being.

“It’s kind of just keep an eye out for anything that we possibly can,” she said.

DNR’s Cantrell hopes hunters this season will be extra aware of any abnormal activity they spot.

“If you see a deer that looks abnormal, looks sick, doesn’t look right, make sure you notify DNR,” Cantrell said. 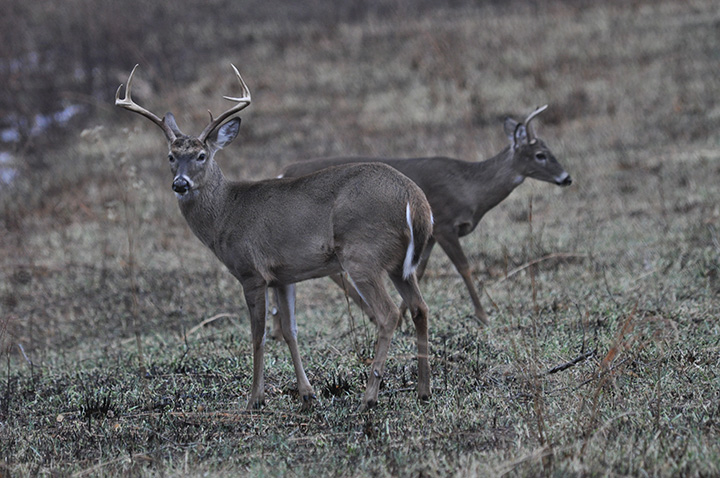 Two cases of chronic wasting have been found so far in North Carolina so far in 2022. Photo courtesy of DNR