Rand describes his first interaction with Curly at the animal shelter as “love at first sight.”

“I think the dog picked me, because as soon as we got together, we attached,” Rand said.

Around 1 a.m. on October 7, 2019, Rand was asleep as his smoke detectors began singing throughout his house, but Rand didn’t hear them in his sleep. Curly started poking his owner in the nose.

Curly’s wet nose helped Rand get to his feet. Rand knew something was wrong when he noticed smoke creeping into his bedroom, hindering his sight. Rand, wearing only his underwear and a t-shirt, quickly moved outside of the house with Curly.

Rand said that he had not previously trained Curly to respond to smoke detectors, but because he rescued the lab-mix from a shelter, he is unsure of any training the dog may have received from a previous owner.

Rand called 911 after exiting the house with Curly, as the fire began to quickly spread through the back of the home. Within minutes, authorities arrived and began to extinguish the flames.

The fire department helped Rand save some of his paintings and priceless memorabilia from his time in the military.

“They grabbed a couple of my paintings, but most importantly, they were able to salvage my shadowbox with all of my military medals in it, and that would have been a lot tougher to replace,” said Rand.

Rand says the fire marshal told him if it weren’t for Curly, there was a good chance he would not have made it out alive.

Curly was honored with a lifesaving medal from Fire Chief Reece Bertholf and Beaufort Mayor Billy Keyserling in a ceremony at Beaufort City Hall in November. Curly was surrounded by about 20 of his closest four-legged friends as he received his award. 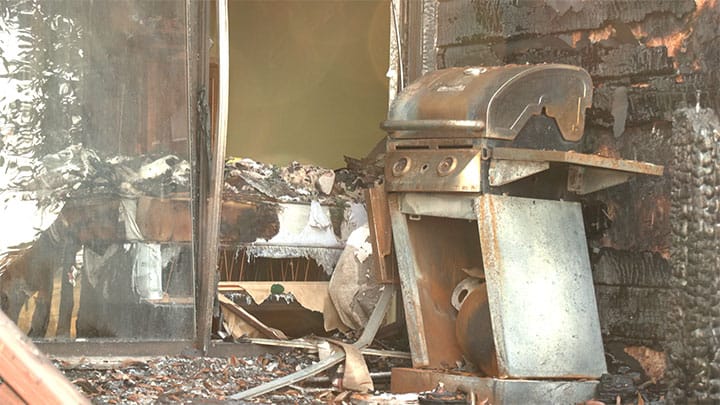 The damage from the fire extensively burned/damaged the back of the house. 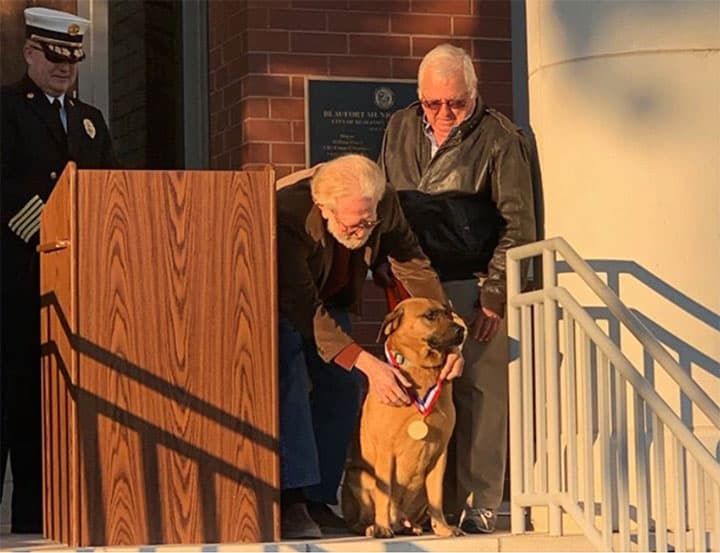 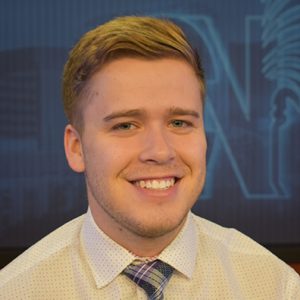 Michael Stacy is a senior broadcast journalism student from Fort Mill, South Carolina. Growing up just outside of Charlotte, North Carolina, his love and passion for sports grew, and in particular, football. With a creative mindset, he dreams of having his own sports radio talk show or live sports debate show. Outside of journalism, Michael enjoys traveling and spending time with friends and family.