End of a college era at the Carolina Cup 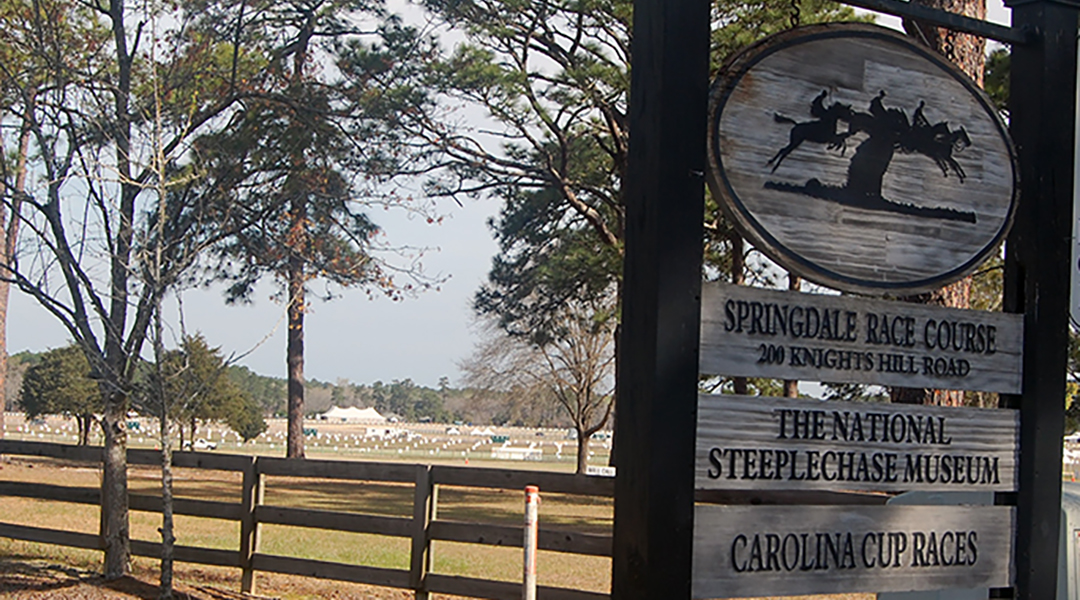 The 84th running of the Carolina Cup will be held at Springdale Race Course in Camden on Saturday. 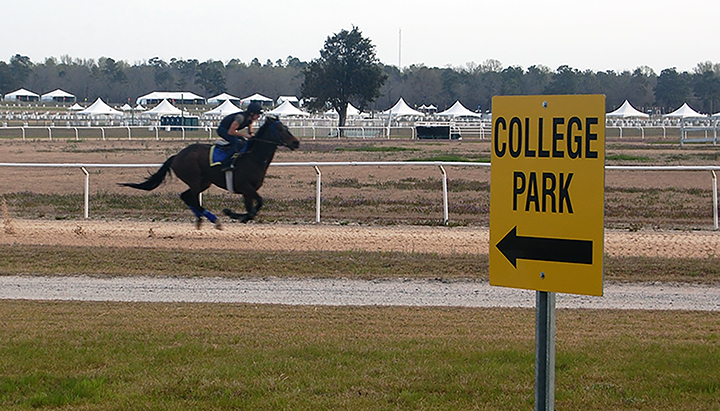 This is the final year College Park will be open for college students all over the Southeast to attend the annual Carolina Cup. 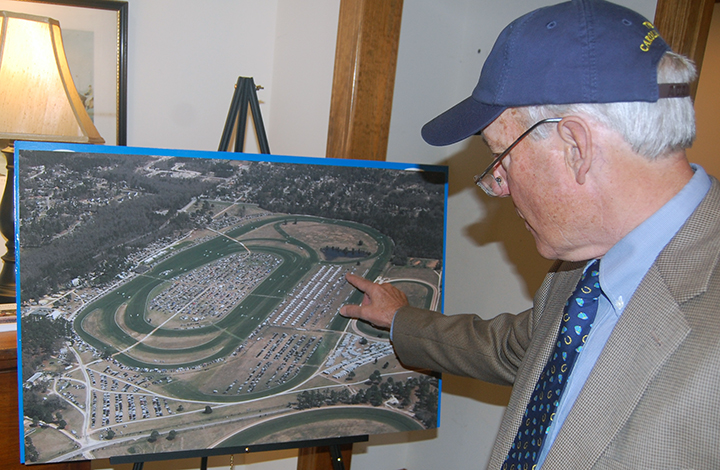 John Cushman shows how expansive the event is with all the different types of participants.

Springdale Race Course has only sold 26 tents in College Park for this year’s Carolina Cup.  Last year the venue sold 60 tents and 100 tents the year before. 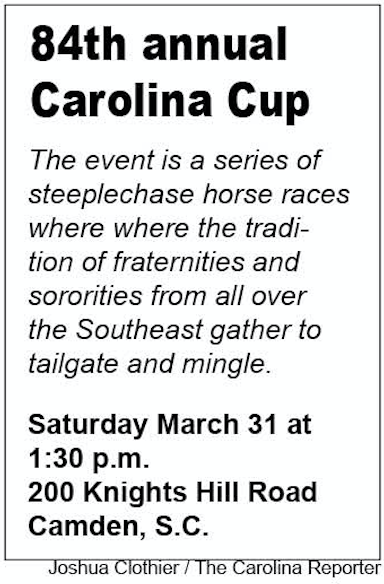 CAMDEN, S.C. – Since its opening in 1996, College Park at the Carolina Cup has been the hub of Southern culture and a rite of spring for bow-tied  fraternity boys and spritely dressed sorority girls all across the Southeast. But after 22 years of live music and steeplechase horse racing, College Park is shutting down.

“We did not want this to end. Somebody else did,” said John Cushman, executive officer of the Carolina Cup Racing Association which hosts the event. “I’m just interpreting the numbers and they are shrinking dramatically.  We use to sell 100 tents in College Park; last year we sold 60 and this year only 26 tents were sold.”

Nevertheless, the association has declared 2018 the last year of College Park, which lured thousands of college students for a day of racing and revelry.

“I remember a few years ago Carolina Cup was a huge event for Greek life on campus, but I’m surprised to see how quickly it shrank in just a couple of years,” Ostien said.

This year marks the 84th running of the Carolina Cup, an afternoon of six steeplechase horse races in which over 70,000 people gather annually to throw tailgate parties and watch the events.

So why after over two decades of hosting hundreds of Greek chapters is College Park being shut down?

“I think it’s a combination of a heavy handedness of law enforcement and fraternities telling it’s members that this is a high risk event,” said Cushman, who moved the students out of the infield of the race course  in the 1990s so they could have their own party space.

Cushman isn’t wrong.  The Camden Police Department sends about 150 police officers and 30 SLED officers to the event.  On average there are 25 students arrested and put in jail,  and over 150 drinking related tickets issued.

Ostien said that after years of arrests and tickets, Carolina Cup got the reputation as a binge drinking event, but that’s not the reason for a decline in Greek life attendance.

“Greek life is going through a lot of issues right now, not just at the university, but at a national level too.  Greek life is working its way to get back to its roots and shy away from events like this,”  Ostien said.

Carolina Cup hosted thousands of students in its 22-year run in College Park, but the drastic drop in attendance doesn’t fall just on the shoulders of the fraternities and sororities.

Cushman has received calls from bus companies the association hires, reporting that bus drivers don’t want to work the event for fear of getting cited during S.C. Department of Transportation inspections at the gate.

“The unpoliced tailgate at Williams-Bryce (Stadium) make this place look like a Boy Scouts jamboree.  The buses never get stopped at South Carolina games.  Why are the two events different? Because we’re 30 miles away?  That pisses me off,” said Cushman.

Despite launching a marketing campaign to try and bring College Park back to life, Cushman said there was no response and that there was no animosity between College Park and the other sections because they were all separated.

Though attendance in College Park has dwindled the past few years, other sections of the venue are thriving.  This year there only 100 spots left for sale of the 2800 that Springdale has available.  “It’s going to be a good event this year, but I’m disappointed College Park is closing because I was the one that created it,” said Cushman.

The name College Park may be gone after this year, but the section will still be there.  Cushman said they plan to rename, re-brand and go after a different group.

“We just want people that want to come and enjoy the event,” said Cushman.