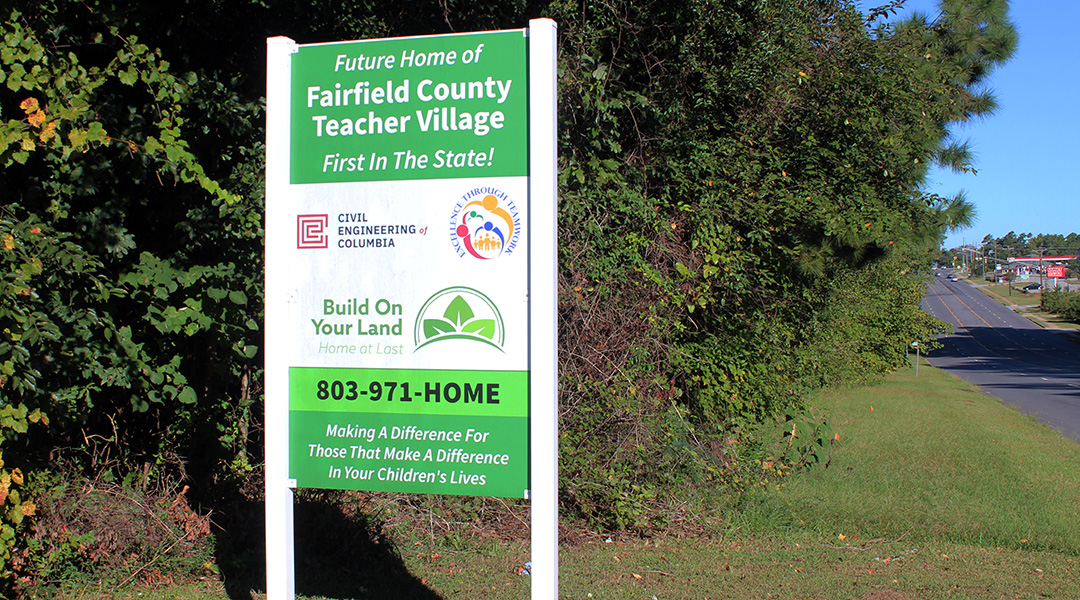 Plans to break ground on a $2.2 million affordable housing development for teachers in the Fairfield County School District are finally in motion five years after their conception.

A 22-acre plot of land that sits between the Fairfield County School District administration building and Fairfield Central High School will become home to at least 20 affordable housing units in the next few years.

Sue Rex, chair of the district’s Education Foundation, said the goal is to have at least nine of the homes built and ready to rent by January 2024. Rent will be $700 for single-story homes and $800 for two-story homes.

The county hopes the housing – the first such plan in the state – will help recruit and retain teachers in a place that has few rental options.

“To be able to entice teachers to come to a rural county like Fairfield, we have to think out of the box,” Rex said.

District superintendent J.R. Green wants the teachers who are already in Fairfield to get the first chance at renting the homes, Rex said.

“He said, ‘I don’t want to lose the good teachers that I know we have,’” Rex said. “So he wants the emphasis put initially on retention. And then recruitment will come second.”

Sixty percent of Fairfield faculty members do not live in the county, Rex said. Most live in the Blythewood and Columbia in Richland County, meaning they have higher gas expenses to get to work.

“They have that long drive every day,” Rex said. “With every school district needing teachers, they begin to just say to themselves, ‘I can’t really justify staying in Fairfield. I should take a job closer to home.’ And so that’s why we want to put retention first.”

Fairfield Central High principal Tracie Swilley used to live in the Lower Richland community. She said her initial commute time was around 45 minutes before she relocated to Northeast Columbia and cut her time to about 20 minutes.

New teachers who aren’t familiar with the area will benefit from having a potential housing option that is in the heart of the school district, Swilley said.

“The teacher village will be located … right next to the school, so they can walk if they wanted to,” Swilley said. “That’s just a prime location.”

Patrick Kelley, the director of governmental affairs for the Palmetto State Teachers Association and a teacher at Blythewood High School, said 35% of the state’s teachers who left the profession last school year were in their first five years of teaching.

About 6,900 teachers from the 2020-2021 school year left their positions, according to a report in November 2021 from the Center of Educator Recruitment, Retention and Advancement. That is a 15.5 percentage-point increase from 2020.

Things such as student loan forgiveness plans for teachers that work in rural or “high need” districts help places like Fairfield but only for so long, Kelley said.

Some young professionals teach in certain areas just long enough to meet their year obligation before moving to a suburban district closer to their residence, he said.

“That’s why again, this housing idea is novel, innovative and important,” Kelley said. “Because it’s not only giving a recruitment tool to come and teach in Fairfield, it’s allowing teachers to really set down their roots in Fairfield, and potentially become a long-term member of that community.”

The new housing community will be paid for with a fraction of the $99 million that Fairfield County was awarded in a settlement with Dominion Energy after a planned $9 billion nuclear plant wasn’t built at the VC Summer plant.

Rex said that to her surprise, $2.2 million of that settlement was earmarked for the Education Foundation to begin phase one of the teacher village.

Rent was originally slated to be more than $1,000. But the state gave districts money to use for recruiting and retaining teachers. Fairfield County will use the money to reduce rent by $300 a month for the next three years.

Multiple teachers in the district already have asked to live in one of the homes, Green said in an email. He lauded his district for being a trailblazer in the state for affordable housing for teachers.

“We were a leader in the area of early college initiatives and look forward to being a leader in a strategy that assists in the recruitment and retention of education professionals in rural communities,” he said. 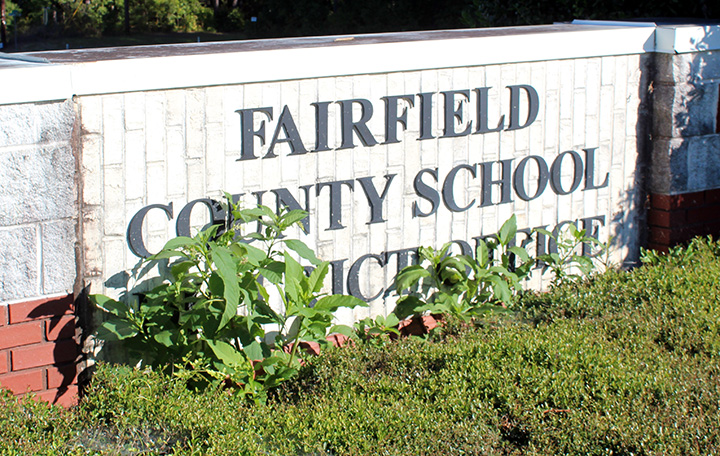 The housing community coming to the Fairfield County School District is the first of its kind in the state. 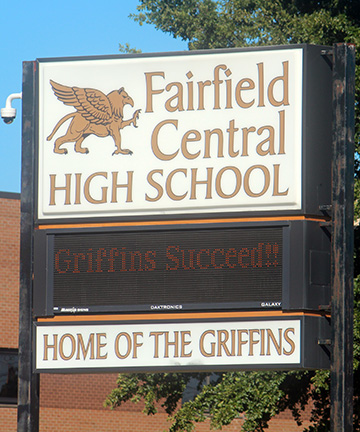 The affordable housing community will sit next to Fairfield Central High School.