‘Finish Her Run’: Community comes together to honor Eliza Fletcher 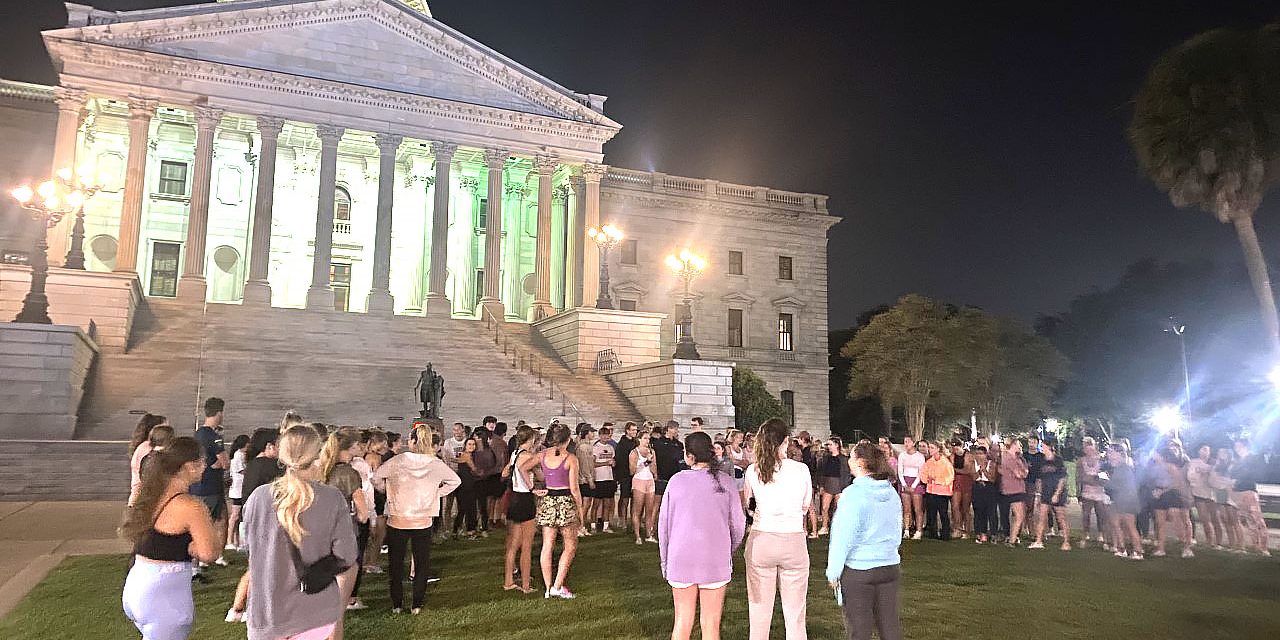 Participants at the ‘Finish Her Run’ event circle up in front of the statehouse for opening remarks. Photos by Grace Tippett

Local family members of Eliza Fletcher, a Memphis jogger who was recently abducted and killed, helped some Columbia women come together this morning to honor her memory.

University of South Carolina students Katie and Julia Buttarazzi are second cousins to Fletcher and planned a run in her honor called “Finish Her Run.” The event took place at 4:30 a.m. on Friday, Sept. 16, two weeks to the minute that Fletcher was abducted on her usual morning run. More than a hundred community members made the run.

Fletcher was found dead after multiple police searches of the area. A suspect was later arrested for the crime.

Fletcher’s story ignited a national movement. Women across the country are honoring her memory by completing the mileage of the run she never finished. Memorial runs have been organized in many cities including Dallas, Nashville, Boston, Philadelphia and more.

“It’s really nice to see how large of an impact she’s had,” Julia Buttarazzi said. “I know her family definitely loves to see these people responding to what happened.”

Columbia women ran from the S.C. State House to the university’s Greek Village, while men were asked to line the route and cheer on the runners.

“I know a lot of women were especially touched about Eliza’s story,” Katie Buttarazzi said before the event. “Being, you know, the fact being that she was a woman, and that was a disadvantage that this man took advantage of. So I am hoping to see a turnout of men at the finish line lining the route, because the women are loud about their support. And, you know, we all feel it. But I want the entire community to be a part of this.”

The Buttarazzi sisters’ goal is to raise awareness about the situation and to advocate for change.

“I think the goal really is to feel more comfortable,” Julia Buttazari said. “It’s not just for runners. I think even those who are walking to class, walking through different neighborhoods, it’s just being able to do those things on your own without feeling endangered or feeling scared about who’s going to approach me, especially after what happened.”

Sophie Sontz-Morrison is a first-year student at USC and made it a priority to show her support.

“I feel like we need to bring some, like, just awareness to everything and not let it just be passed over because ‘Oh, it was 4:30 in the morning,’ or ‘Oh, it was just her,'” Sontz-Morrison said. “It’s not just her, and people aren’t keeping track of that or caring. And we need to make people care because this is extremely important.”

Runner Charlotte Boyd said it was great that the community is coming together in support of Fletcher and her story.

“I’ve seen a lot of victim blaming in the news for Eliza Fletcher,” Boyd said. “Like, it’s not her fault, you know?”

Before the run, the men and women formed a circle, linking arms for a prayer and to hear event organizers, Carrie Cohen and the Buttarazzi sisters, thanked everyone for coming.

The sisters were happy to see the outpouring from the community.

“I was really touched at the response,” Katie Buttarazzi said. 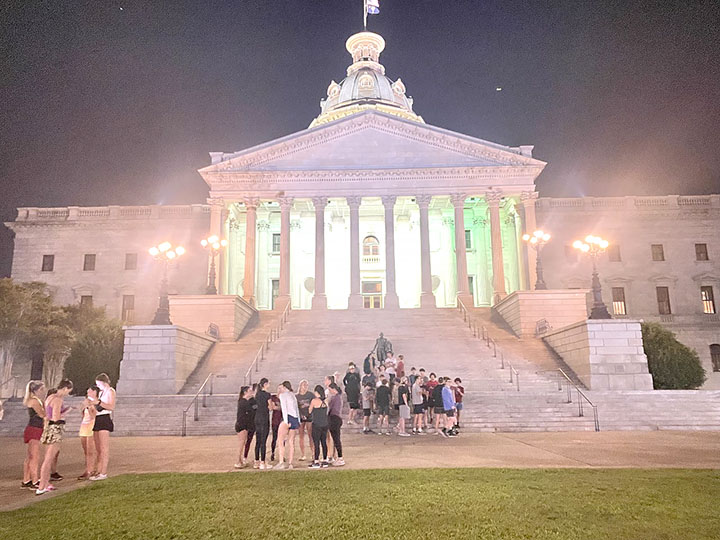 The run started at the South Carolina State House at 4:30 a.m. 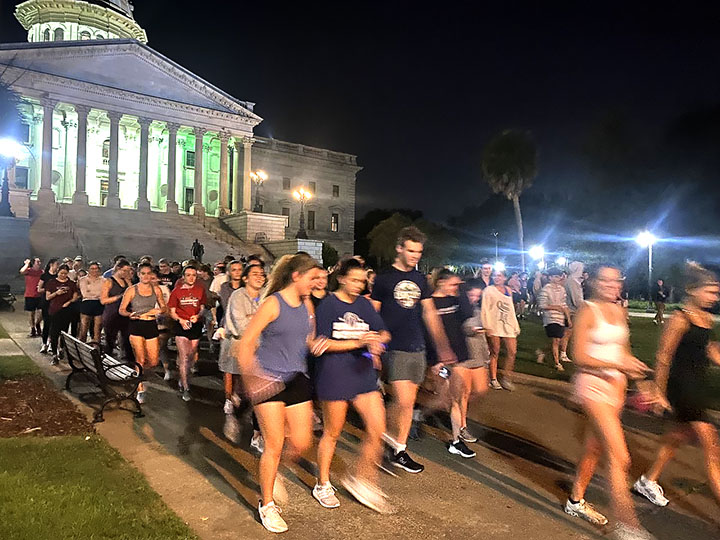