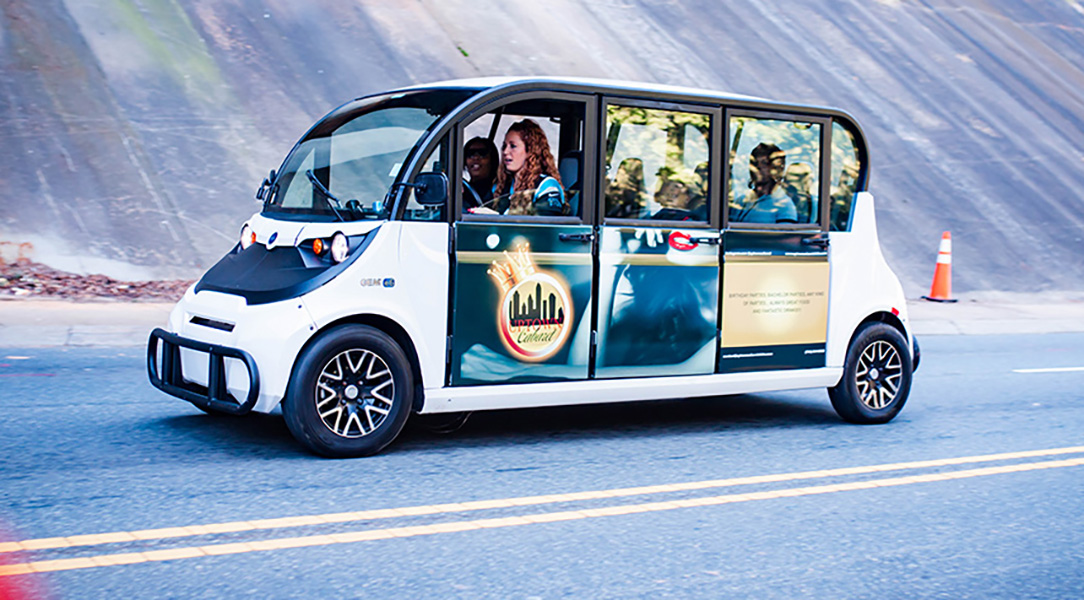 Charlotte based company Ride.Jaunt is finally expanding to Columbia after a month’s delay. Ride.Jaunt is a free electric ride share service. (Photo courtesy of Ride.Jaunt)

A free electric rideshare service will launch in Columbia this Friday after more than a month-long delay.

Ride.Jaunt, a Charlotte based company, was supposed to launch its services in Columbia during the first week of September, the Post and Courier first reported.

Ride.Jaunt did not acquire the necessary franchise agreement with the city of Columbia until Oct. 4.

Founder and CEO EJ Drayton said the company will be starting a soft launch at the end of this week.

“We’re super excited — it’s definitely a long time coming,” Drayton said. “At the same time, everything happens for a reason. It just gave us time to just get some structural things right and make sure that we do it all the right way. So at the end of the day, you know, we’re glad that everything is finally in order and we’re ready to go.”

Ride.Jaunt drivers will have five Polaris GEMe6 electric vehicles — think souped-up golf carts — in Columbia upon launch. Residents and visitors of the Columbia area can use the shuttles free of charge. The company makes money by selling ads on the sides of the vehicles.

For now, all people need to do to use the shuttles is text (803) 888-8481. Then, the nearest available driver will pick them up. Once the company’s app is up and running in the first quarter of 2023, patrons can use that to request a ride, Drayton said.

The shuttles will be available across USC’s campus as well as in the Five Points and Vista areas. The service also will stretch out as far as Williams-Brice Stadium.

At first the vehicles only will be available for use on Fridays from 7 p.m. to 2 a.m. and Saturdays from 4 p.m. to 1 a.m. This schedule will help drivers “get the lay of the land” for about a month, Drayton said.

He said a full launch date is still to be determined.

“We’re going to have a soft launch, just going out and speaking to people to let everybody know who we are, what we are,” Drayton said. “We are partnered with the chambers (of commerce) now. So we’ll have a (ceremonial) ribbon cutting within the next upcoming month or so.”

The advertisements on the sides of the vehicles essentially make them moving billboards. Local advertising company Grace Outdoors is working with Ride.Jaunt to sell the advertisements.

“We’ve been speaking to Grace Outdoor Advertising for a while and even in our Charlotte market,” Drayton said. “Seeing all the opportunities that we have to help small businesses to get their word out, it only made sense that we partner with them.”

Josh Madsen, Grace Outdoor’s chief marketing officer and account executive, said the partnership between the organizations is a “win-win” situation.

“If we can help service our clients who are looking for a bigger advertising footprint downtown, that’s a win,” Madsen said. “All packaged together with safely transporting Columbia’s citizens and any kind of tourists we have here too, you know, it’s just a win in every direction.”

After doing research on potential expansion cities in the Carolinas, Drayton said Columbia was the “perfect fit.”

“We always want to be near an up and coming city, a college town,” Drayton said. “… The way Columbia is growing, we just kind of wanted to come in and be a part of all that.”

“Really what we’d love to do is have more of a walkable neighborhood,” Cook said. “Although this isn’t walkable, per se, it does get us back to that point where you’re not dependent on having to have a car to bring every single customer down to Five Points.”

“We talk about connectivity all the time, and how do we make it safer and easier for people to walk from The Vista to Main Street or to (Cayce’s) State Street,” Anderson said. “This is a great option, and a free option, for people to connect to those different parts of the city.”

The sense of connection will be helpful to businesses, Cook said.

“Columbia is a weird city in that it’s so small in the grand scheme of things, but we have so many different business districts,” Cook said. “I think certainly having the ability to go have drinks in the Vista, go have dinner in Five Points and go to Main Street for something” afterward, will be great at night. 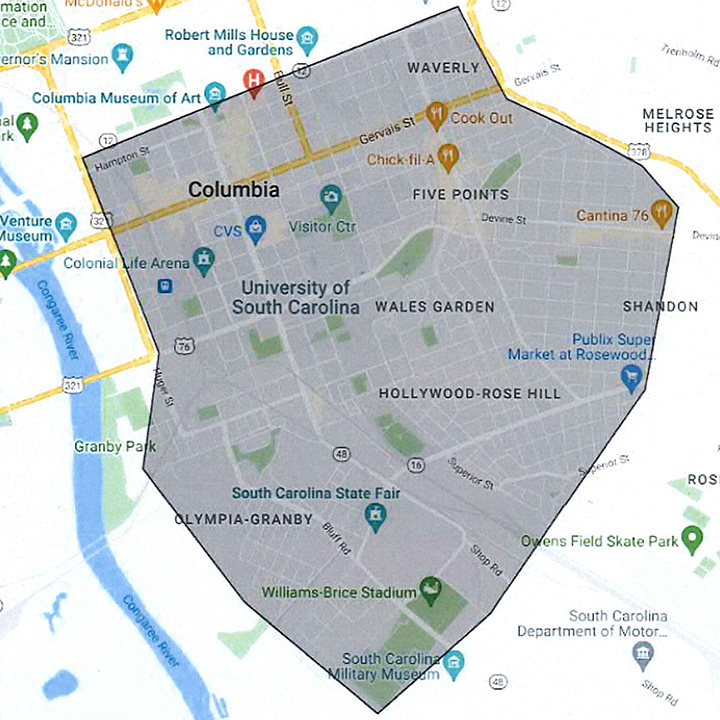 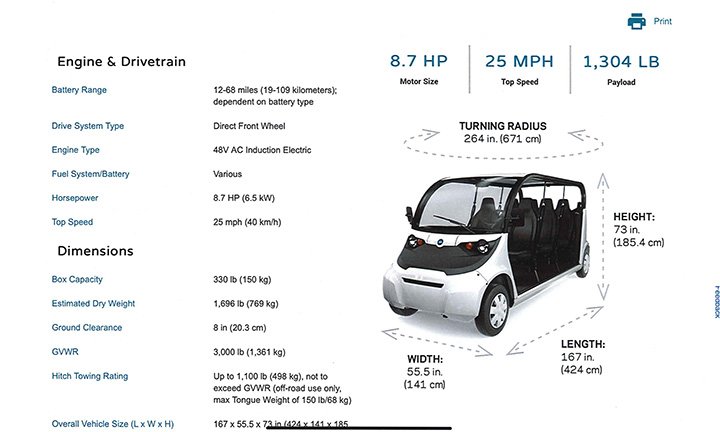 A diagram describing the make and model of the electric vehicles that Ride.Jaunt is using in Columbia. (Photo courtesy of Columbia City Council) 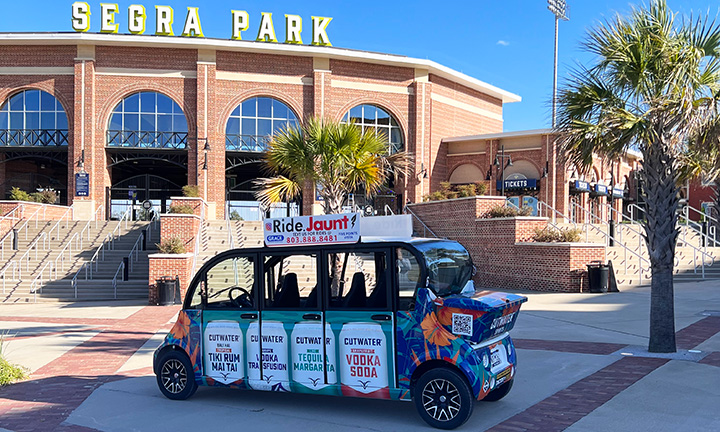 A Ride.Jaunt car sitting in front of Segra Park, the home of the Columbia Fireflies, in the Bull Street District. Ride.Jaunt will launch in Columbia Oct. 21. (Photo courtesy of EJ Drayton and Ride.Jaunt)