From portfolio to pre-K: education during COVID-19 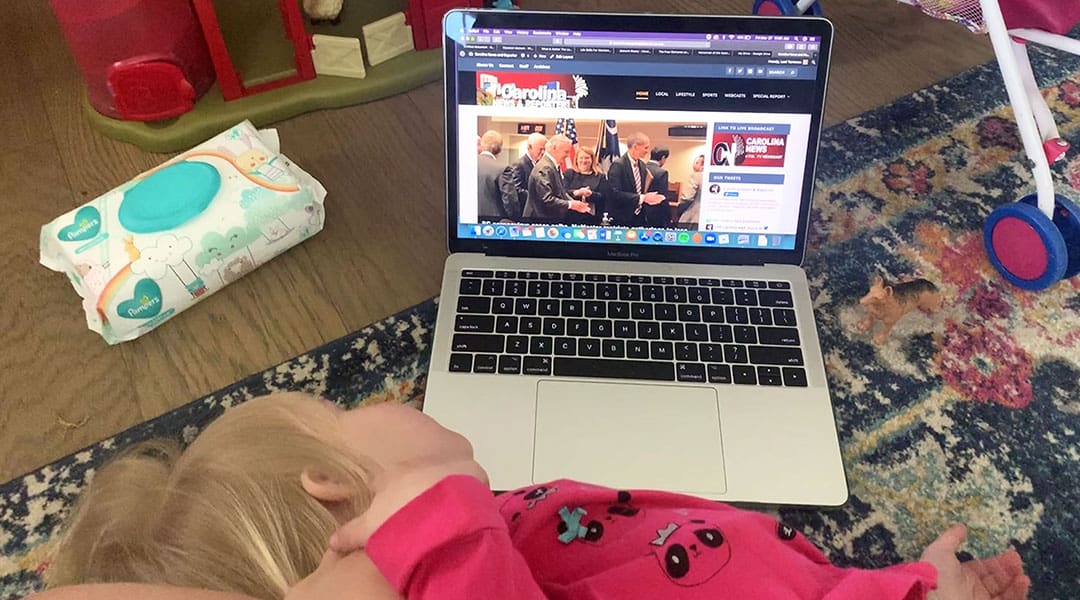 CHARLOTTE, N.C. – I was in the toughest interview of my career as a journalist, and I didn’t think I’d ever get answers out of my subject.

I stood in front of the TV and pointed at another Netflix Kids program. Hopefully this one she’d agree to watch.

It was the same answer she’d given for the past 20 or so shows that popped up on the television guide.

The blonde toddler pulled on her pigtails as she pointed at the next show from her miniature rocking chair. She was surrounded by baby dolls and Little Tike farm animals, as well as my computer and multiple reporter’s notebooks. I had a real interview in 10 minutes, so it was critical she find something to watch.

Right now, we both should be in school. I’m a senior journalism student at the University of South Carolina and she’s a newly minted 2 year old in her first year of preschool. We’re now together at our grandmother’s house in my hometown in Charlotte, North Carolina.

All North Carolina schools, including pre-Ks and daycares, are closed at least until the end of April. While McKinsley and I are at both extremes of the education spectrum, we’re both affected and put together by the closures.

On March 15, McKinsley’s preschool, Christ United Methodist Church Preschool, closed its doors due to COVID-19. While the original plan was to reopen on March 30, the preschool will remain closed at least until May 15.

“The preschool will follow the guidance of the Methodist Church Bishop and N.C. Governor in the hopes we can slow down the spread of the coronavirus enough to keep all of our families and loved ones safe,” said Christina Lester, preschool director, on the school’s Facebook. “We pray that you and your families all stay well and that we are all back at the preschool soon.”

Just days after McKinsley’s preschool announced its closure, the Uof SC suspended all in-person classes for the rest of the semester. As a college senior, losing the rest of my time on campus was hard, but it is comforting to be with my family during this time.

Like many families across the world, we had to adapt our daily routines to fit the new self-isolating regimen, and that meant it  made sense for me to watch my little cousin while her parents continued to work.

According to the Centers for Disease Control and Prevention, “Schools, working together with local health departments, have an important role in slowing the spread of diseases and protecting vulnerable students and staff, to help ensure students have safe and healthy learning environments.”

While geographically only a few miles away, McKinsley’s regular teacher Maggie Bond might as well be across the world from her tiny students.

Bond has worked on-and-off as a preschool teacher for 26 years. She is one of two teachers who run McKinsley’s “ones” class.

For the first two weeks of isolation, Bond spent her time away from the classroom trying to stay busy. Her fridge was stuffed with baked breads and desserts. “Stress baking is a good thing,” said Bond.

Instead of wrangling a gaggle of toddlers, the only child in Bond’s house is her son Samuel, who is home early from his first year of college.

Because the preschool is closed, Bond won’t receive an income for the month of April or the first half of May. Bond also worries that such a long time away from school could keep some students from coming back.

“For me, closing school down has not been a lot of fun,” she said. “I’m missing it, I miss my little people. I miss the hugs; I miss the kisses.”

McKinsley loves giving hugs. At the end of another long day recently, her arms were wrapped tight around my neck as her father tried to pry her from me. I needed to get my school work done, but I wished I could play with her for just a few more hours.

Gov. Roy Cooper says North Carolina schools will reopen May 15, and South Carolina schools are closed until the end of April. Until then, parents across the Carolinas and across the world must transform into their child’s educators. From learning colors and shapes in preschool to finalizing senior portfolios for college, students will have to learn from home for the duration of the pandemic. 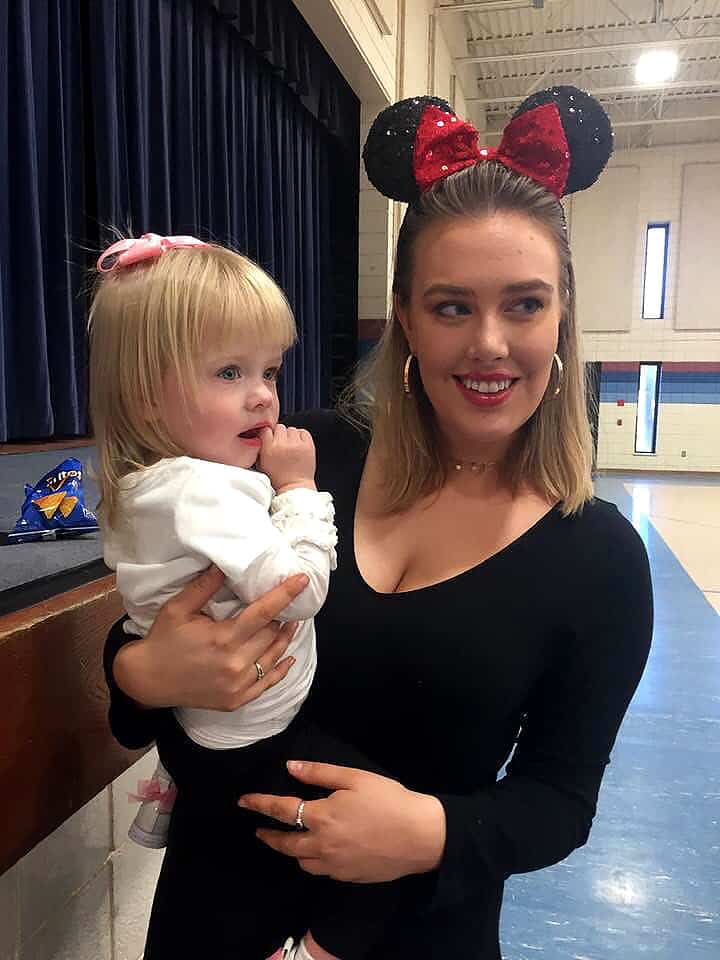 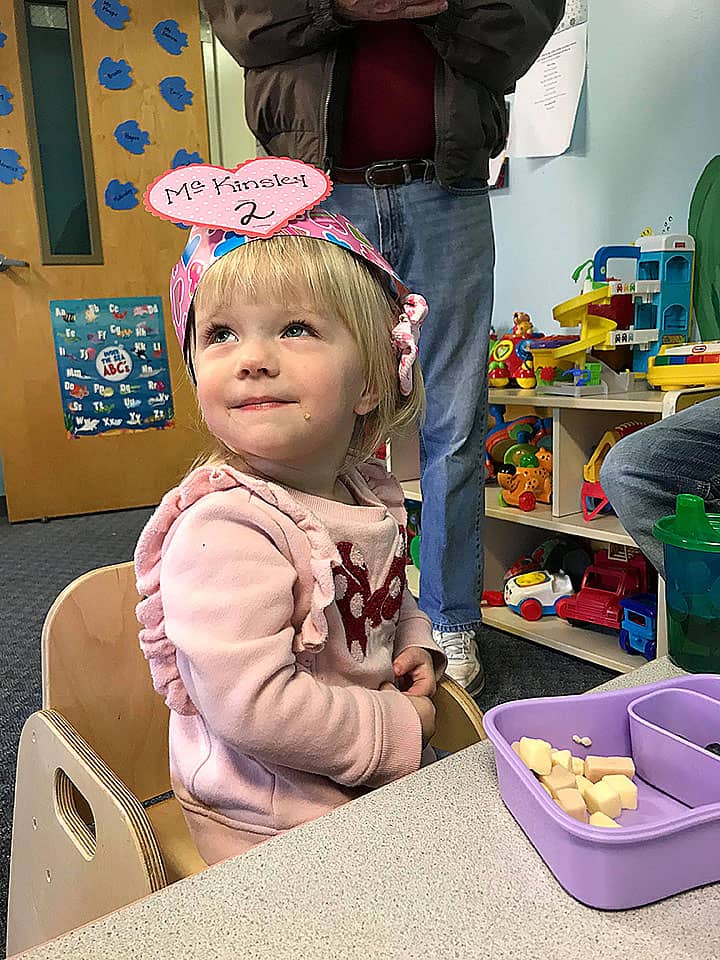 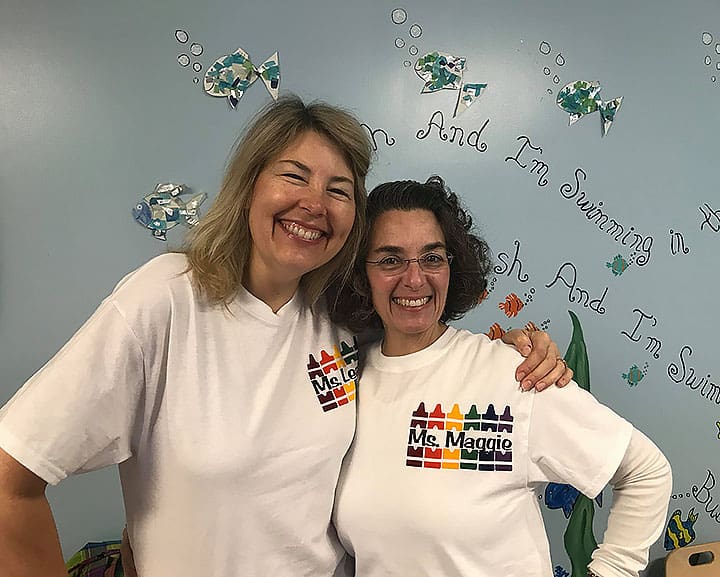 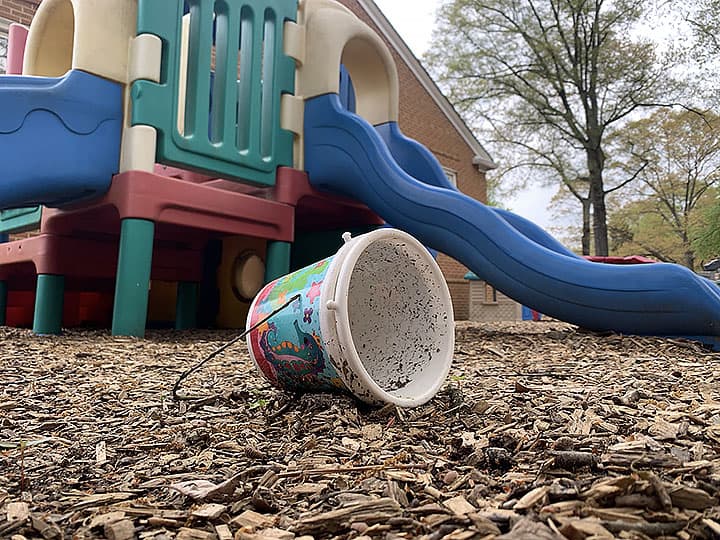 A child’s toy bucket is left abandoned on the preschool’s playground.