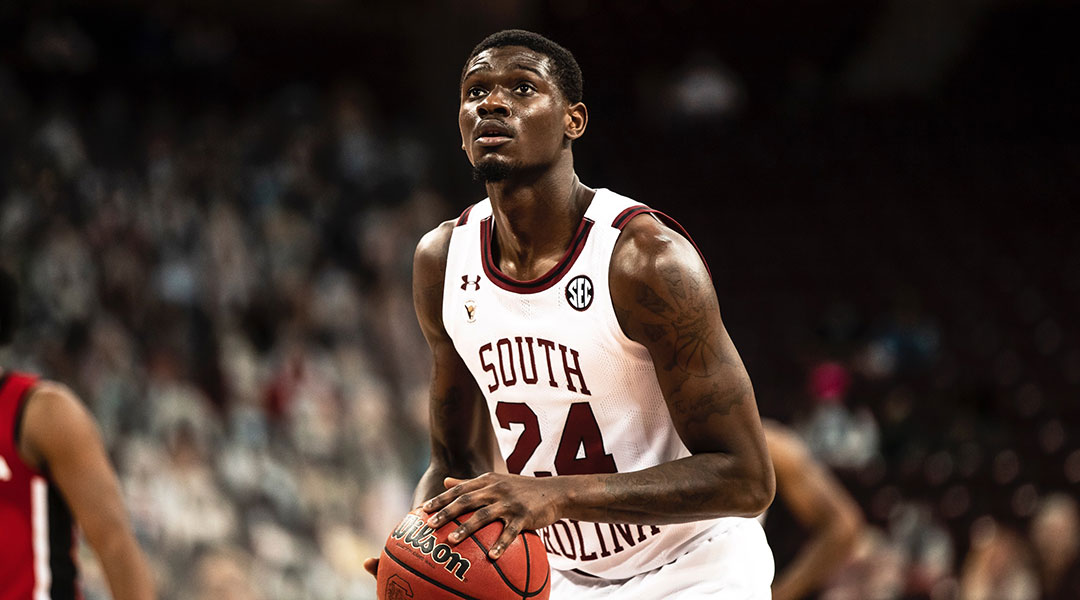 Senior forward Keyshawn Bryant, a key returning player, will bring a veteran presence to the court, as the team adds new transfers to the program. Photos courtesy of South Carolina Athletics

“I’m trying to understand their talents as players,” said Martin, during Thursday’s preseason conference. Martin hopes to maximize the potential of this team.

The Gamecocks’ roster will look different this year, as the team has added six new transfer players during the offseason. One of these new faces, graduate forward AJ Wilson, is optimistic for the upcoming season because of how competitive the team is during practices, Wilson said at the press conference.

Keyshawn Bryant, a key returning player, is looking to take on a leadership role in his senior season. During the press conference, Bryant said he can use his experiences to help the team’s new players to adjust, because the team needs to “all be on the same page at the end of the day.”

Wilson, a transfer from George Mason, has proven he can block shots at a high level. During his time at George Mason, he blocked 211 shots, the most of any player in that school’s history. He also ranked No. 23 in the nation in blocks his senior season, averaging 2.29 per game.

Aside from his shot-blocking prowess, Wilson brings experience to the Gamecock frontcourt. He said is a preseason interview this roster has a “good mix of young and old talent,” that “blends well together.” His previous collegiate experience could prove valuable in developing the young talent currently on the Gamecocks.

Another transfer who could be a force defensively in the paint is Josh Gray, a sophomore transfer from LSU.  Despite a collegiate career limited to 10 games due to the Covid-shortened season, Gray’s 7-foot frame and defensive-minded mentality should allow him to be a good fit to grow in Martin’s system.

James Reese V transferred from North Texas; however, he began his collegiate career at Buffalo. During his time with North Texas, he started all 59 games in which he appeared and averaged 9.7 points per game.

The Gamecocks also welcome senior Erik Stevenson to the team. He transferred following his junior season at the University of Washington, and he also played his first two collegiate seasons at Wichita State. During his time at Washington he averaged 9.3 points per game and 3.6 rebounds while shooting 30% from behind the arc.

Martin has been impressed so far with Reese and Stevenson. During a preseason press conference, he said both the guards and AJ Wilson have “brought a competitive spirit to everything they do.”

The Gamecocks acquired an additional scoring threat via the transfer portal. Chico Carter Jr. Carter Jr. transferred following his sophomore season at Murray State, where he averaged 16.9 points in nine games with a shooting percentage of 51.8%.

Martin also mentioned Carter by name during the press conference, saying while his leadership is not as vocal as Reese, Stevenson or Wilson, he has still shown he can be a leader for this team.

Bryant has also been impressed so far with the new additions, saying “They came ready to work and most importantly, they listen.” He said the transfers have meshed well with the team and it is “like these guys have been here forever.”

Gamecock fans will have their first chance to see the new-look Gamecocks in regular season action against USC Upstate on Nov. 9 at Colonial Life Arena. 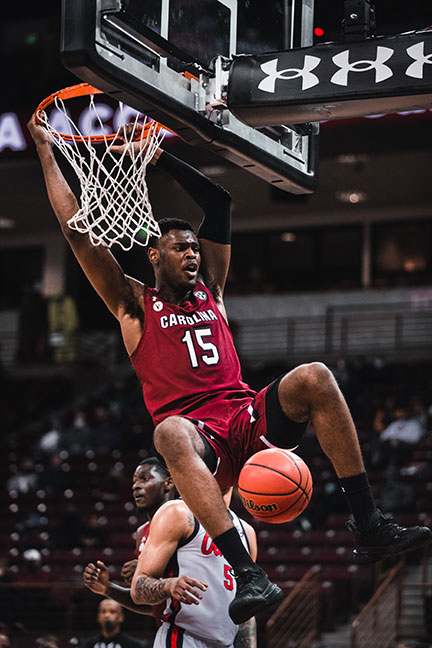 Junior forward Wildens Leveque is one of five returning juniors on the Gamecocks men’s basketball team. Out of 21 games, Leveque was a starter for 15 of those. 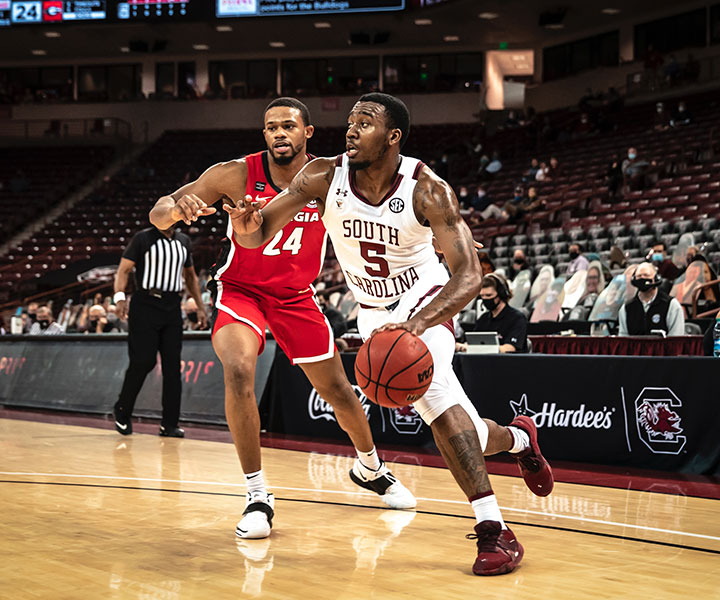 Redshirt junior Jermaine Couisnard will provide Coach Frank Martin with a returning player to the guard position full of transfers into the program. In 17 games last season, Couisnard averaged 10.1 points per game. 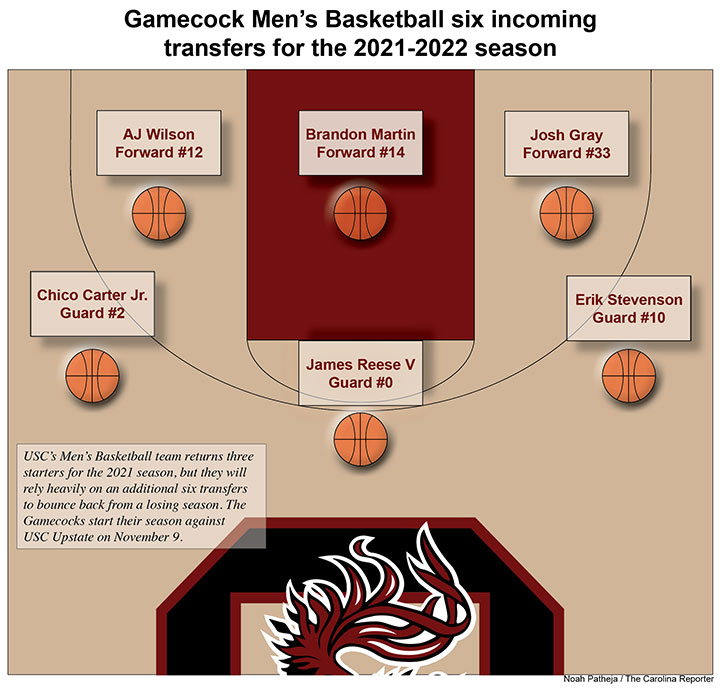