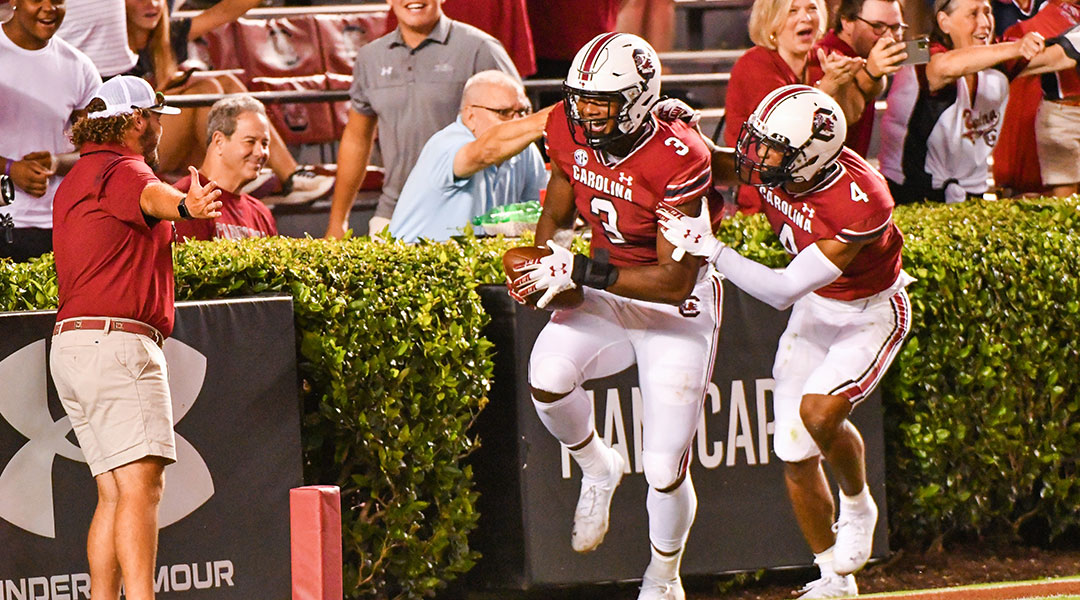 In five games this season, the Gamecocks’ defense has scored three times via interceptions returned for touchdowns, including this one by sophomore defensive end Jordan Burch. Photos courtesy of SEC media portal

With five games completed this year, the South Carolina defense has improved to 23rd in the country from 108th last season.

Once the 2020 football season was over and Head Coach Will Muschamp was let go, the Gamecocks defense took a big hit. A combination of players either selected for the NFL Draft or transferring out of the program has given the Gamecock defense a new look.

Defensive backs John Dixon, Shilo Sanders and Jammie Robinson decided to transfer out of the program before Coach Shane Beamer took over. With their departures, fans wondered if the defense would be any better than it was last year.

In 2020, South Carolina’s defense struggled to keep its opponents out of the end zone. In 2020’s 10-game season, the Gamecocks’ opponents scored 30 or more points seven times. That put a lot of pressure on the offense to keep up with game in and game out in the SEC.

This year, however, the Gamecock defense through four games has engineered a complete turnaround in production on the field. New defensive coordinator Clayton White has brought the 4-2-5 defense to South Carolina after having success at his previous stop at Western Kentucky. The 4-2-5 defense consists of four defensive lineman, two linebackers, and five defensive backs.

R. J. Roderick, a senior defensive back from Summerville, South Carolina, said in a press conference last week that the new defense White has brought in helps his teammates play looser than they did last season.

One thing that White stresses every day in practice is forcing the opposing offense to turn the ball over.

“We do ball security drills every single day,” said White. “Some games you get them and some games you don’t. So, we just want to continue to harp on that. That’s one of our keys to victory as a club.”

So far this season, the Gamecocks rank high in the nation in multiple defensive statistics.

The Gamecocks are also highly ranked in passes intercepted. They are tied with three other teams for third in the country with nine interceptions. The player who has really boosted the interceptions stat line is redshirt senior defensive back Jaylan Foster.

Foster’s four interceptions has him in the lead in the SEC and also tied for first in the nation.

White said he has seen Foster improve every single day.

“Jaylan has done a great job this year as far as leading the defense and coming to work every single day and trying to get better,” said White. “Jaylan is on a different level right now at the highest level in college football. Definitely proud of how he’s working.”

One thing that has helped the defense in the first five games of the season is that they have stayed healthy for the most part. The one big injury that was a hit to the linebacker position occurred when Sharrod Greene, a fifth-year linebacker from North Carolina, was injured during the Georgia game. A day after the game, Greene had surgery on his lower left leg. Beamer is hopeful Greene’s season may not be over just yet.

“What a great kid that was playing really well for us, and [I] hate it for him,” said Beamer at the Sept. 21 press conference. “I know he has had some injuries in the past, but we are still optimistic that we could potentially get him back before the end of the season.” 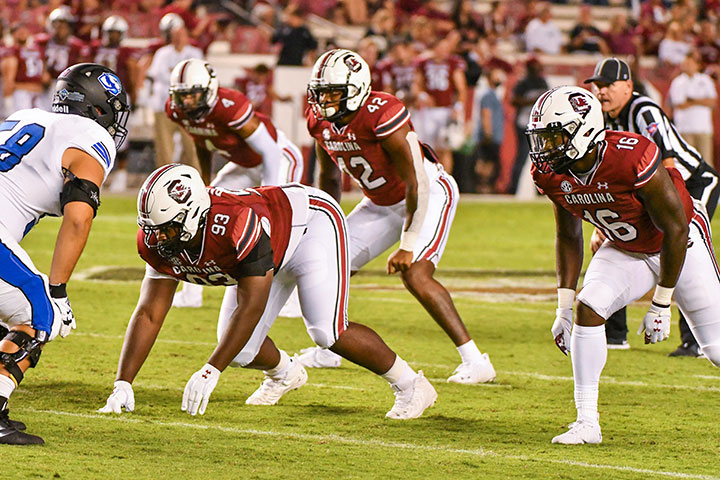 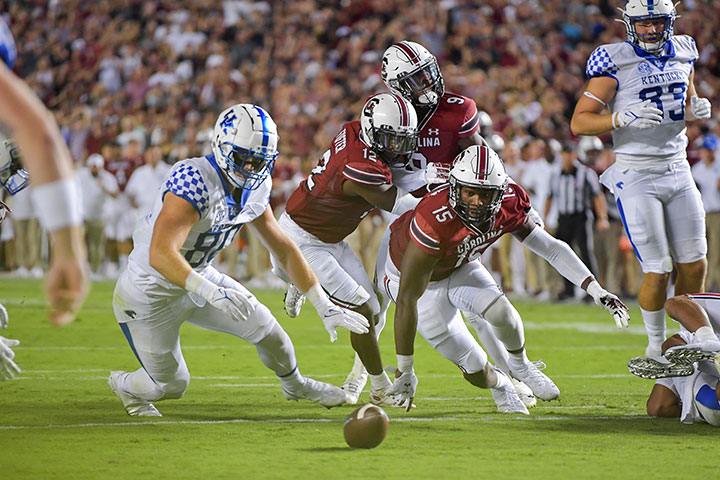 The South Carolina defense has recovered five fumbles to go along with the nine interceptions they have forced this year. 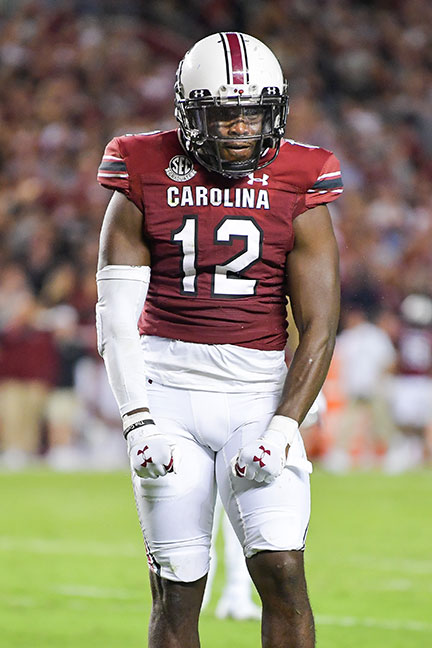 After senior defensive back Jaylan Foster was placed on scholarship before the 2020 season, he started all ten games last year and has also started in all five games this year. 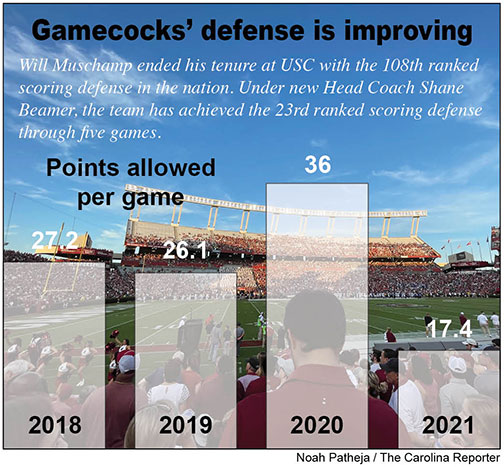