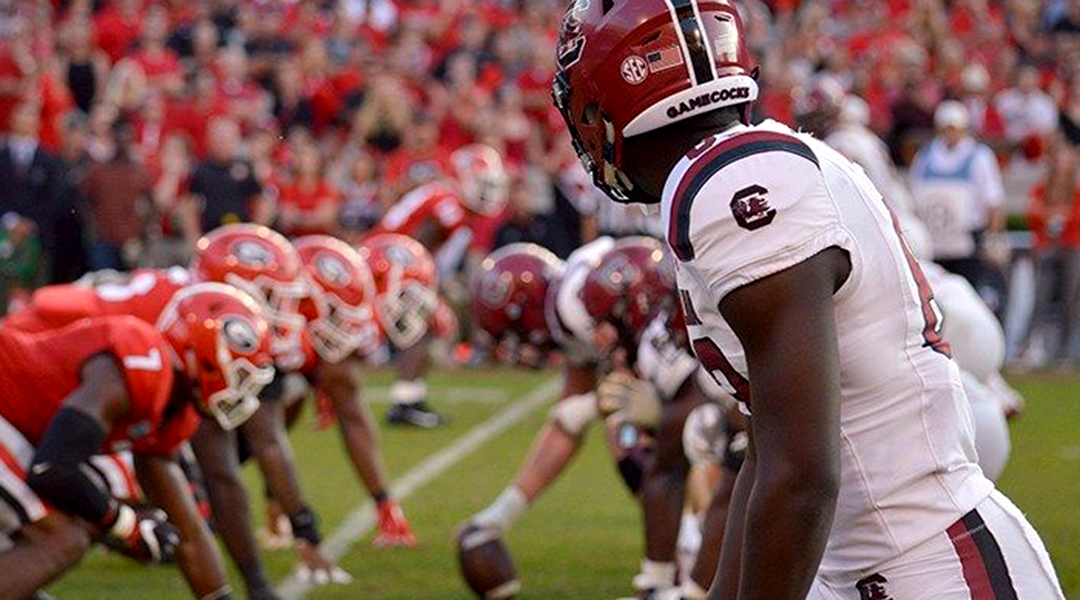 The Georgia defense proved too much for USC offense, despite success running and throwing. 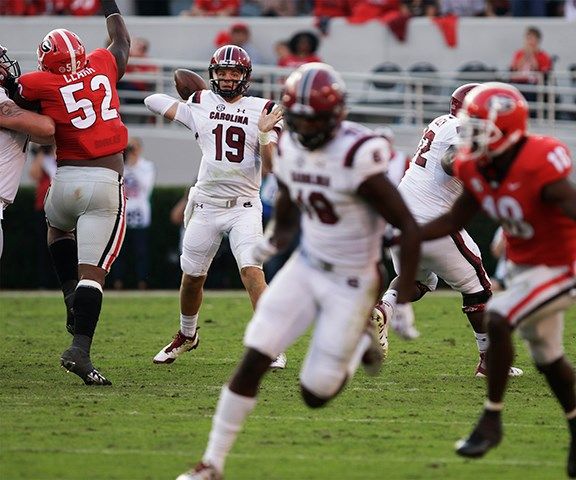 South Carolina quarterback Jake Bentley passed for 227 yards in the game despite losing. 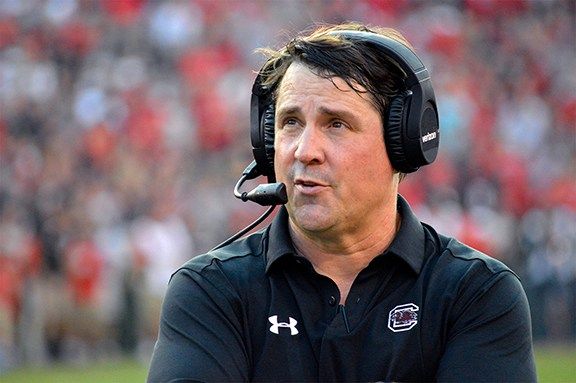 Head football coach Will Muschamp had hoped his defense could slow the Georgia offense.

South Carolina tried but couldn’t spoil Georgia’s unbeaten season, as the Bulldogs ran past the Gamecocks 24-10.

Carolina traveled to Athens Saturday hoping to knock off No. 2 Georgia and stake at least a partial claim to the SEC east. “I have to credit Georgia, they have a very good football team,” head coach Will Muschamp said following the loss. “I’m very proud of our guys though.”

It took more than 13 minutes for the Bulldogs to put their first touchdown on the board, an 8-yard run by Sony Michel. The Gamecocks responded almost immediately, as Jake Bentley connected with Bryan Edwards on 12-yard touchdown pass.

That’s all South Carolina was able to muster until 11 minutes into the third quarter when Parker White made the 25-yard field goal.

The run game was a huge factor, and the Gamecocks were never able to slow down the Bulldogs’ ground game.. Georgia rushed for 230 yards, while South Carolina ran for less than 50. Bentley commented on how difficult it was to run the ball, especially with the strength of their defense.

“We knew we had to be efficient in the passing game. (It was) Hard to run the ball against their defense,” he said.

It was the Jake show, Bentley against Fromm, in the quarterback battle, and Bentley ended with a good game. He passed for 227 yards, while Georgia’s Jake passed for 196 yards. South Carolina’s passing attack  kept them in the game, since  the run game was nowhere to be found. The Gamecocks rushed for just 43 yards on the day.

White put four points on the board, with an extra point and a field goal. He missed one, early in the game from 46 yards out.

With the win and Kentucky’s loss, Georgia claimed the SEC East title and will play for the SEC Championship on Dec. 2.