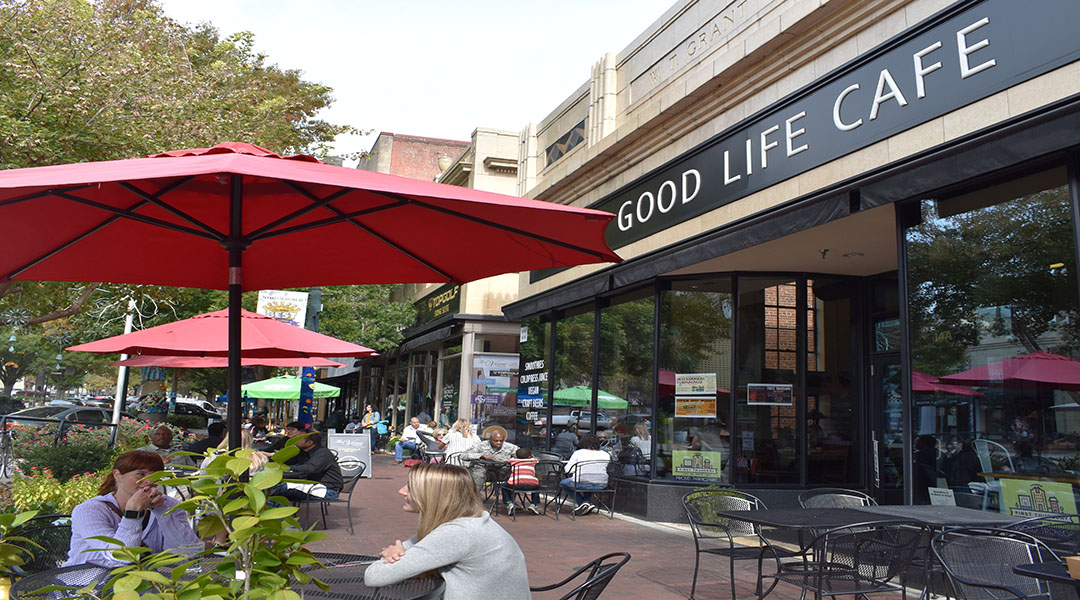 Rabbi Sruly Epstein and his wife Shlomit Epstein delight in walking over to Main Street at least once a week to dine out at Columbia’s first kosher-certified restaurant, Good Life Cafe.

It’s an activity that’s fairly new for the directors of Chabad at USC since Good Life Cafe only became kosher on Sept. 26. It’s the second kosher-certified restaurant in South Carolina and the only vegan kosher restaurant in the Carolinas.

Sruly Epstein, an Orthodox Jew who keeps strictly kosher, grew up in Columbia, “a small southern community where there [were] no kosher restaurants.” Opportunities to dine out were few, but when the time occasionally did come, eating at a restaurant was like a delicacy for the young child.

“It was always such a treat when we would go to Brooklyn or visit family somewhere in Florida or New York because we would be able to go out to eat. That would be such a huge deal, and here we didn’t really have that option,” Sruly Epstein said. “Thirty years later, after my parents moved here, we finally do have that. So, it’s really been a life-changing event here in Columbia.”

Sruly Epstein describes the laws of kosher as “very complex, very detailed and very nuanced,” but in simplest terms, kosher is the cleanliness or purity of food, mostly in regard to animal products.

Although Good Life Cafe is strictly vegan, David Wright, the general manager and chef, said that the process of becoming kosher was somewhat lengthy, including months of “homework and research” and finally “the deepest of cleanings that you could possibly imagine.”

The restaurant staff worked side-by-side with Rabbi Hesh Epstein, the director of Chabad of South Carolina and Sruly Epstein’s father, to ensure that the restaurant abided by kosher laws and the staff were properly trained.

The restaurant had to replace all utensils and dishes as well as invest in a light box to combat any sign of insect “infestation” in fruit and vegetables.

According to kashrut, or Jewish dietary law, bugs are not kosher so produce must be triple washed. That water is then run through a very tightly woven cloth and put over a light box to look for any indication of insects. If they’re present, then the produce must be washed again until there is no sign of the pests.

“A lot of the time it’s tiny, tiny, little insects, which if you weren’t looking for them, you probably wouldn’t find them,” Hesh Epstein said. 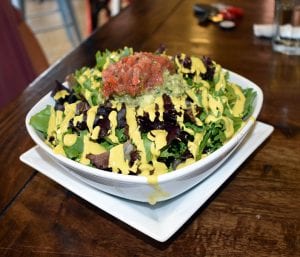 The Good Life Cafe’s kitchen, including ovens and other cooking tools, had to be completely sterilized, and Wright and his staff deep-cleaned the entire restaurant. They also took it a step further and repainted because they considered becoming kosher a chance to “give the old girl a face lift.”

Next, Hesh Epstein performed the official koshering of the restaurant, which included cleansing the kitchen with boiling water to “get everything to a neutral state of being kosher.” He also powered a glow bar in an oven, and it always remains on to ensure a Jew has “lit the cooking fire” of the restaurant.

“It’s a cleaning process. Any kind of utensil, pots and pans, ovens and stoves, absorb flavor,” Hesh Epstein said. “So, if you have a non-kosher place and its absorbing in the flavor of non-kosher, we have to purge that flavor.”

A mashgiach, or Jewish kitchen observer, named Nicole was also employed by Good Life Cafe, and she comes in daily to wash and inspect produce and safeguard that kosher-certified ingredients are ordered. Wright said that the restaurant had to change vendors while also keeping their prices the same for customers.

“It’s a trick to find kosher certified ingredients that are affordable and tasty, while also keeping true to what we like to do here, healthy and organic,” Wright said. “But it’s cool because it gives you the opportunity to service a segment of society that doesn’t have any options for eating out, but also we can keep all our regular customers around.”

Wright said there have been challenges, too. Outside food and drink is no longer allowed, and staff members have to be extremely watchful that customers sitting at tables both inside and outside are not breaking the kosher law.

Hesh Epstein estimates that the Jewish population of South Carolina is about 10,000 to 12,000 people, with approximately 10 to 20 percent of them that keep some level of kosher.

According to Wright, there is someone from the Jewish community at Good Life Cafe on a daily basis, and Sruly Epstein, who recommends the grilled Reuben wrap, said the restaurant is a “great medium” for intermingling of cultures because “who doesn’t love good food?”

“What I like about it is we are kosher but we’re not a Jewish restaurant, per se. We’re all-accepting, all-inclusive, everybody is welcome,” Wright said.  “We have Christians, we have Jews, and every segment of society: lesbians, gays, straight. The whole gamut. Every race, color, creed.” 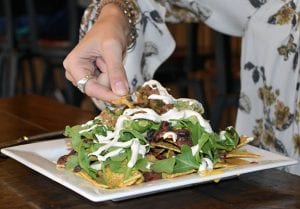 In the wake of the horrific shooting at Tree of Life Synagogue in Pittsburgh on Oct. 27, both Hesh and Sruly Epstein said they’re grateful to Good Life Cafe for their progressiveness and willingness to acknowledge the Jewish community of Columbia and of the world. They hope that small steps, like the koshering of a restaurant, can be the beginning of change for a historically grave issue.

“I think the more that we can learn about each other, and the more that we can have exposure to things like a kosher restaurant— that coming together of worlds—I think it helps the discourse. It helps the dialogue,” Sruly Epstein said. “It helps us to not be so misinformed about what other people do, and it helps us to get to know each other better. It breaks down the barriers of ignorance of other cultures, which is what sometimes can lead to misinformed action.” 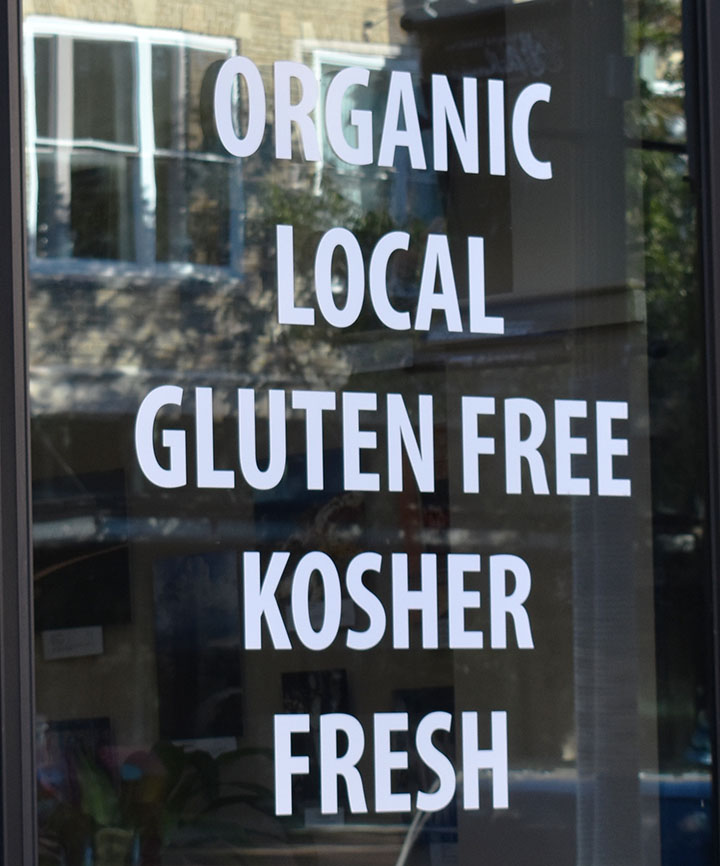 Good Life Cafe is one of the few restaurants in Columbia that caters to dietary restrictions. It now provides Jews, who keep kosher, an option for eating out in the Midlands. 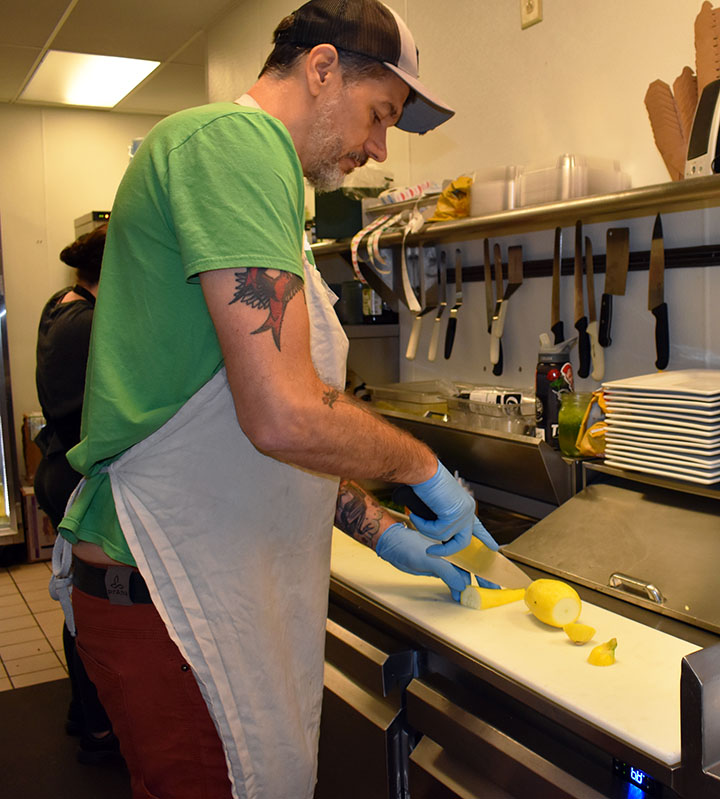 David Wright, Good Life Cafe’s general manager and chef, says one of the reasons they wanted to become kosher was for the cleaniness and strictness of food quality. 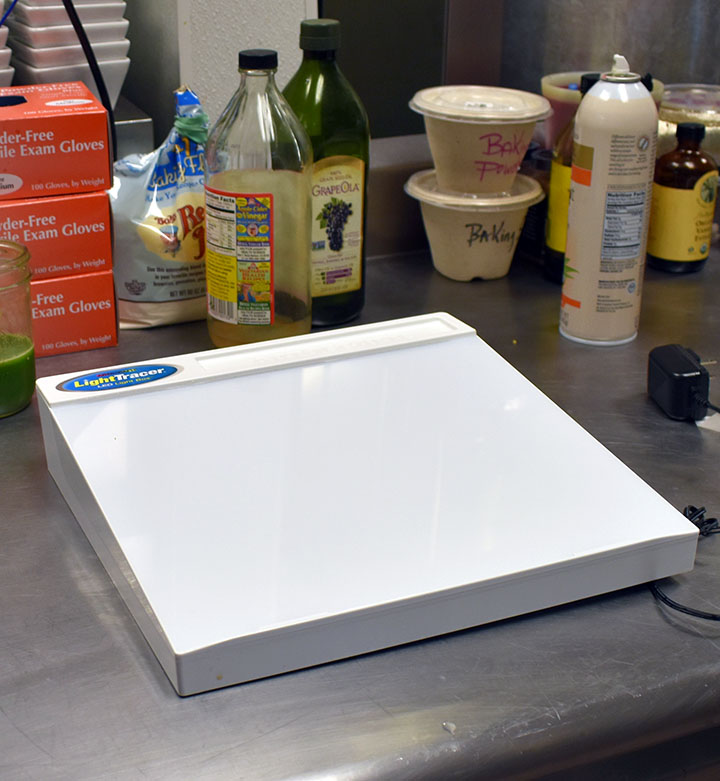 Good Life Cafe invested in a Light Tracer that helps to inspect fruit and vegetables for bugs. The produce is washed three times, and then staff checks the water with the light box for signs of infestation. 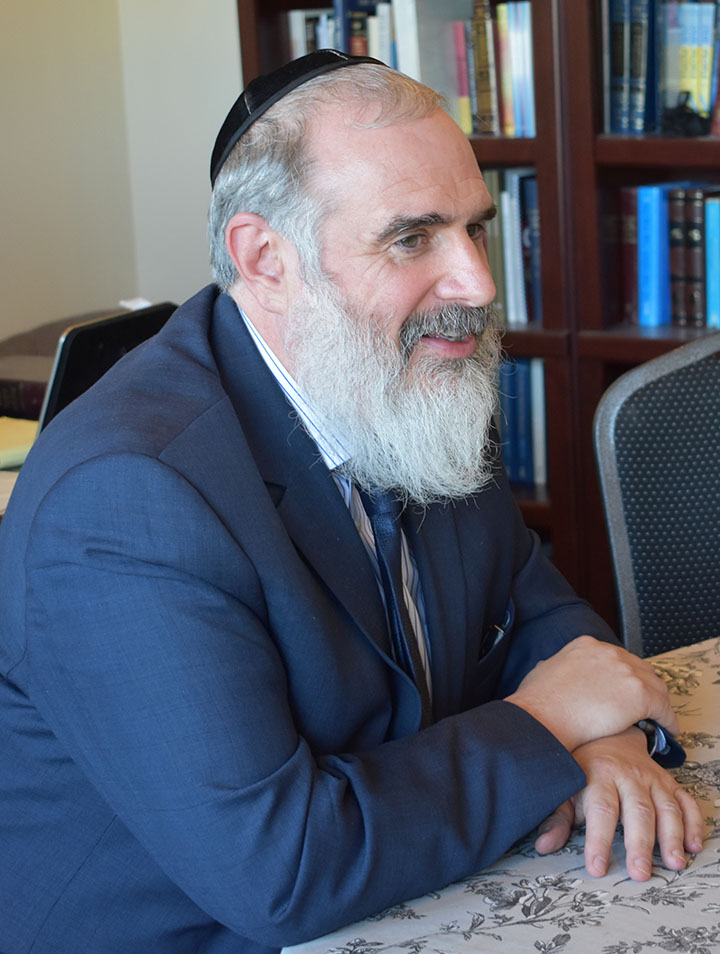 Rabbi Hesh Epstein, the director of Chabad of South Carolina, certified Good Life Cafe and helped the restaurant with their “homework” to become kosher. He spent a lot of time training their mashgiach, or Jewish kitchen observer. 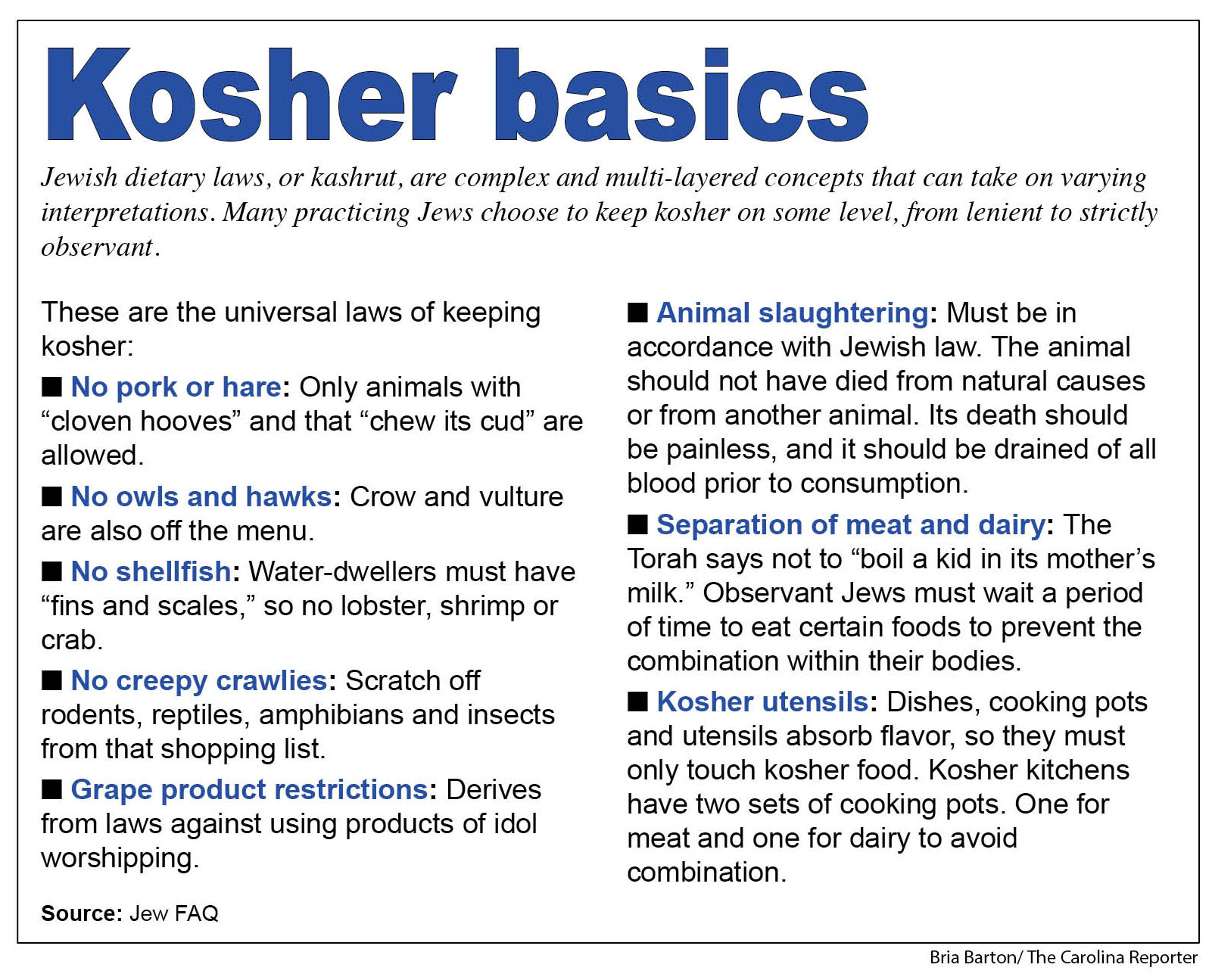