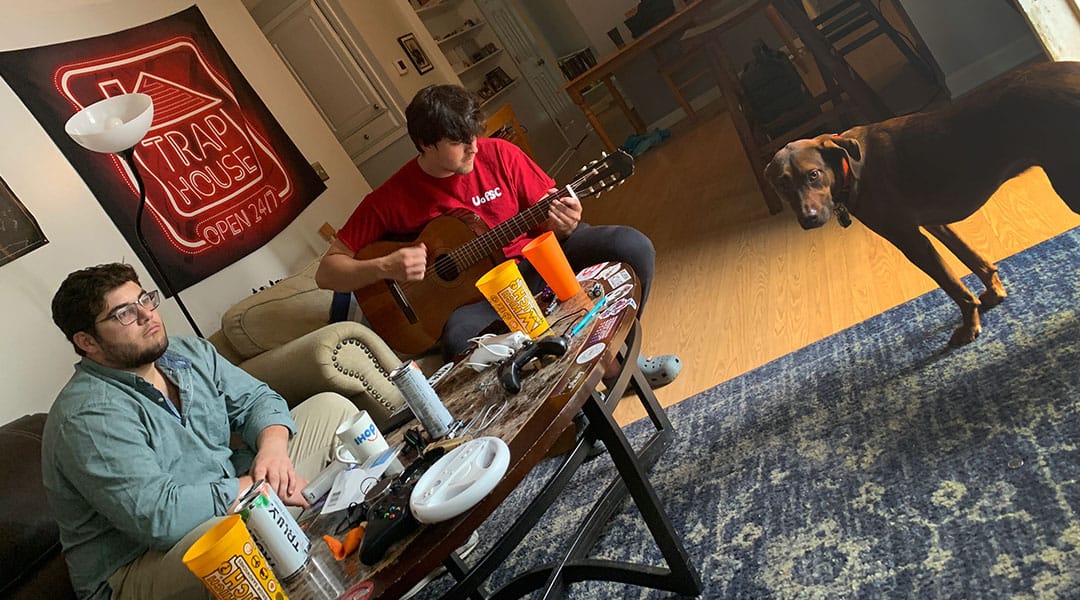 All seniors want college to end on his or her terms, but the class of 2020 won’t get that chance. Graduations all around the country have been postponed or cancelled. College campuses lie hauntingly empty with plants blooming for a quiet, lonely spring.

Like all graduating seniors, John Rahal’s classes were abruptly moved online in March. Rahal, a finance and marketing major at University of South Carolina, had a job lined up in Greenville in June, but now he doesn’t know exactly what his future holds. His worry is heightened because he also lost his job at a restaurant in Columbia.

“The job I had been offered got postponed a month,” Rahal, of Fort Mill, said. “I’m concerned eventually I’ll get a call saying, ‘We don’t need you anymore’ because of this. I’m scared I’m going to get that call and what am I going to do then? I’ve literally had a job since I was 12 years old.”

Over 1.3 million college students are graduating this year in the United States, according to the National Center for Education Statistics, a U.S. Department of Education institute that analyzes higher and secondary education data. They will be graduating into the worst economy since the housing market crash of 2008. Some experts even predict that the unemployment rate will eventually rise from 3.5 percent in February to 30 percent by June which would surpass the highest numbers from 2008.

Michael Duane, a fourth-year advertising major from Bedford, Massachusetts, remained at home following spring break and can’t work at his server job in Bedford that was always his backup plan post-college.

“I feel uncertain,” Duane said. “I don’t qualify for unemployment and I’m not getting the stimulus check and I don’t know if I’ll have a job waiting for me when the place reopens.”

For others, it’s the concern of putting other people at risk that’s keeping them in Columbia away from their families.

Will Einfalt, a fourth-year hospitality and retail management major at UofSC, is concerned about seeing his mother who recently had surgery and may be at greater risk of coronavirus complications.

“I still talk to my mom every other day, but it is different,” Einfalt said. “Even just the thought of going to see them and putting them at risk of something like this[COVID-19]. We could be totally fine and feel a mild cold, but we never know what we have unless we get tested.”

Jacob Lagos, a fourth-year pitcher at Benedict College, flew home to Arizona to be with his family once the baseball season was cancelled and classes moved online. Seeing people off was supposed to be how college ended for him – a final baseball game, a final goodbye to his teammates and friends, a final class, but not anymore.

“I felt like I was robbed and cheated of my last semester. I lost my last baseball season. Three and a half years were so fun and I wanted to have my last two months. I felt like I really didn’t get to say goodbye to people,” Lagos said.

Physical wellbeing is the biggest fear in the coronavirus era, but mental health concerns are going to become increasingly more important as the quarantine drags further into 2020.

Janet Hudson, certified life coach and founder of Tame the Inner Chaos, wrote in a Facebook post that seniors have to mourn the abrupt loss of their last semester and part of their personal identity as part of COVID-19 ending schools early. She said that college graduation is a publicly acknowledged milestone for Americans, and the loss of that experience needs to be acknowledged.

“If you’re a graduating college senior, know that recovery and restoration to joyful living will come in due time,” Hudson said.

A structureless life has led to time feeling different for some.

“I have no idea what day of the week it is. I can’t believe that it’s April. My perception of time is so warped; some days go by in three hours and some days feel like three days. It’s definitely messing with my head a little bit,” said Brett Leitchman, a fourth-year sports and entertainment management major at UofSC.

The loss of routine has some students feeling lost in the ether. Many seniors feel like school is done, so there is no point in continuing with a college workload.

“I already had senioritis, and I was not really caring. Now it’s super causal. I don’t even feel like I’m in college anymore, but I still have college work to finish,” Rahal said.

Many seniors simply want to be given what they feel they’ve already earned.

“Just give us our degrees. Just shut it down. What if I catch the coronavirus? Am I expected to just come back for another semester? That’s ridiculous, I already paid. It doesn’t feel like college anymore, so why should I care?” Duane said.

College seniors miss the routines they were used to, and many find it a lot harder to get work done now.

“I miss the structure. I feel like my life is disorganized now. That makes my thoughts disorganized, so it’s harder to do my work even though it feels like I have all this time to do it,” said Emma Wagner, a fourth-year biology and environmental studies major at UofSC. “Time is so strange now because days feel really long, but weeks feel really short.”

The class of 2020 will always be remembered as the people whose graduations got cancelled or postponed. Benedict College and UofSC have scheduled graduations for August, but that is just more uncertainty for seniors who thought they were graduating in May. Many seniors planned on moving away from Columbia after graduating in May, and most of their leases will be up come August.

“I don’t know where I’m going to be in August and if graduation is going to happen at all,” Wagner said. “Neither of my parents got to go to college and their goal was to see their first child walk across that stage and now I don’t know if my mom will ever be able to see that.” 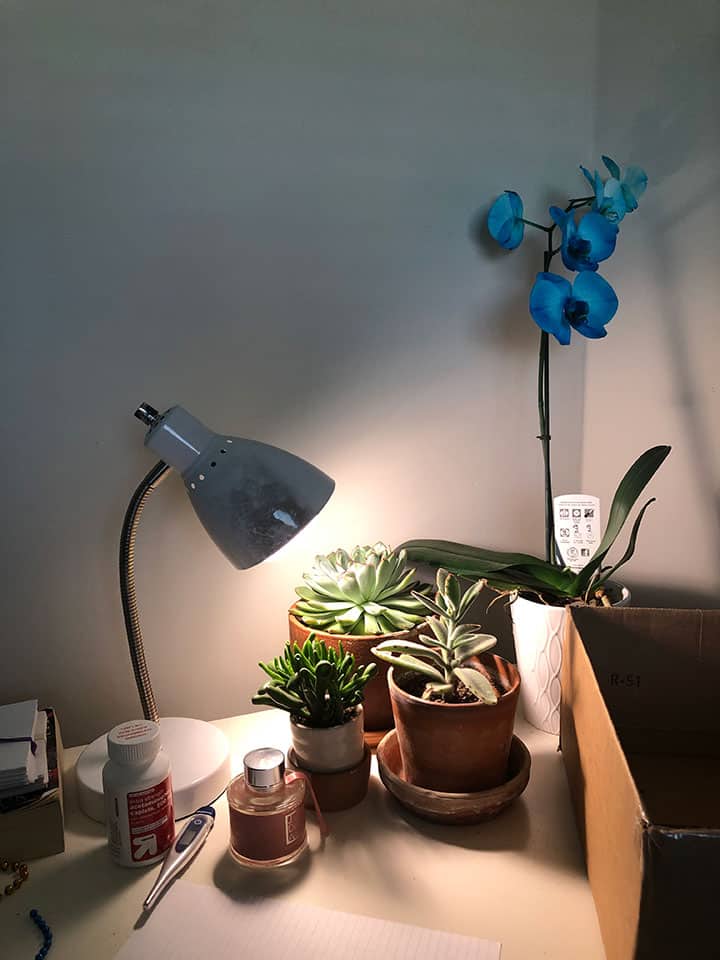 UofSC senior Emma Wagner said taking care of her plants is one of the only routine things she gets to do during her quarantine. 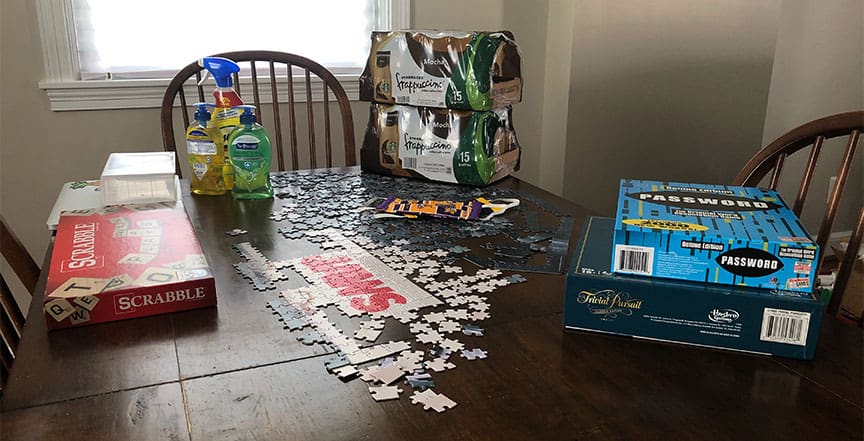 For UofSC senior Brett Leichtman, being at home with his parents means a lot of puzzles and board games. Of course cleaning supplies everywhere too.