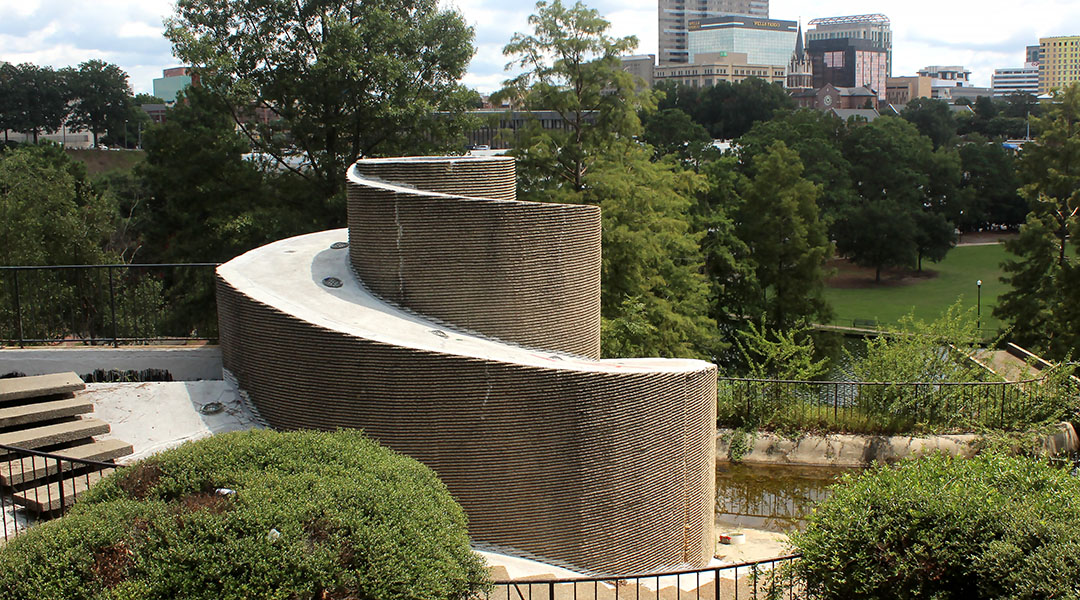 A photo of the fountain in Finlay Park that has not worked for years. The city is in the process of solidifying funding to remodel the 18-acre park in the city’s center.

Plans for what to do with Columbia’s homeless population are still being conceptualized as the City Council finalizes funding for the long-awaited Finlay Park renovation.

City officials believe relocating the homeless people who live in the park is a key part of making the 18-acre downtown park — the city’s largest — a bustling public space for Columbia residents to enjoy.

To do this, the council is having “big-time conversations” about setting up a one-stop shop for Columbia’s homeless population, Logan McVey, a spokesperson for the mayor’s office, said. No details about what this center will look like are immediately available.

One-stop-shops are short-term solutions to a long-term problem, according to Lila Anna Sauls, the president and CEO of local organization Homeless No More.

“As a service provider, I would offer that that is not going to 100% work,” Sauls said. “You’re still going to have part of the street population that will gravitate towards a park or Main Street or the entertainment district because of mental illness or something.”

It won’t be used as frequently as the city expects, Sauls predicts.

Not all homeless people want to live in a shelter, and no one is legally obligated to live at a shelter if brought there, according to Craig Currey, the president and CEO of Transitions.

“There are some folks who are shelter-adverse,” Currey said. “You have to win trust before you can take them to get help. I dare say Finlay Park people are those people.”

Structural issues and a lack of funding allowed Finlay Park to fall into a state of disrepair since it was first touted as the city’s crown jewel in the 1990s.

Broken swing sets, overgrown weeds and discarded beer cans litter the park that sits about a mile north of the Statehouse and is one of the top complaints the mayor’s office receives.

The city plans to finalize $21.5 million in funding at its Sept. 6 meeting to bring new life to the site.

Design plans should be finalized by December, and Columbia Mayor Daniel Rickenmann hopes to put a shovel in the ground in early 2023, McVey said.

“You don’t need a failure sitting in the center of your city,” Columbia City Councilman Joe Taylor said. “When Finlay Park was built, it was designed to be the gem in the middle of downtown — our central park.”

But plans for how to move homeless individuals from the park so construction can begin are not complete.  Until plans are finalized, rangers will patrol the park and move unsheltered people from Finlay Park into organizations with resources they can use, McVey said.

“Compassion is, ‘Hey, man, you’re sleeping in the park right now, let’s get someone here,'” McVey said. “Rangers won’t say, ‘Get out, go away,’ rangers are there to say, ‘Let me connect you to someone who can help.'”

However, this hasn’t yet been clearly communicated to Columbia’s service providers, they say.

Additionally, a one-stop shop might not consider all of the types of people who need to use its resources. Homeless No More focuses on providing resources to homeless families — not just individuals.

“You can’t put 4-year-olds next to 40-year-old men or women with mental illness or addictions,” Sauls said. “Those one-stop-shops are not designed with everyone in mind.”

Not all homeless peoples’ experiences are the same. Many unsheltered people are trying to find a permanent home.

“Some homeless people go to work, some are day laborers, some have jobs and just don’t make enough to afford a home,” said Regi Solis, who founded Needful Things Lexington-Columbia and was previously homeless.

The city currently has an Inclement Weather Shelter a mile West of Finlay Park, but this shelter is only open when temperatures drop below 40 degrees from November through March. The idea is to create a 24/7 center, McVey said.

Finding a location for the potential one-stop shop is also another contentious decision.

Officials haven’t decided if they’ll work with the existing Inclement Weather Shelter or move somewhere else. Council members previously thought land past Williams-Brice Stadium could be a potential solution, but the idea hasn’t materialized.

But once plans are finalized, the city is hopeful the long-awaited renovation will attract business and foot traffic into what’s currently a desolate city center.

“The goal of all this is to make Columbia more connected,” McVey said. “It’s the centerpiece of our city, and it’s a key piece to building an interactive city where we have communities that interact with each other.” 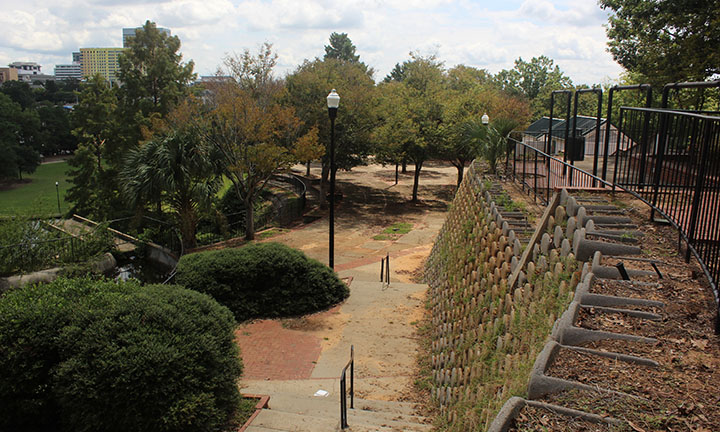 Portions of Finlay Park are underused and overgrown. 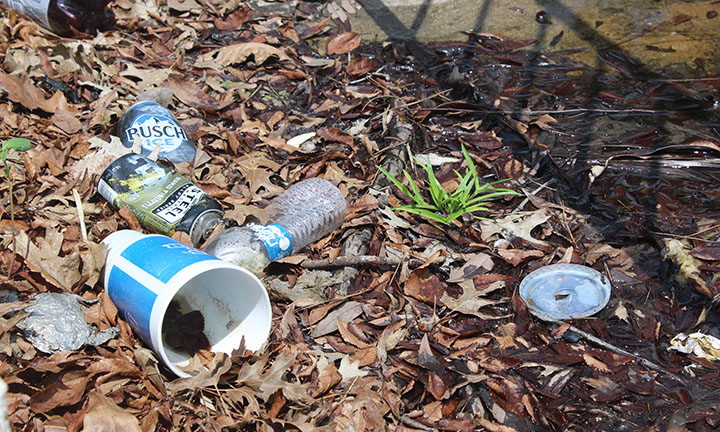 Trash litters the grounds at Finlay Park. The city is in the process of solidifying funding to remodel the 18-acre park in the city’s center. 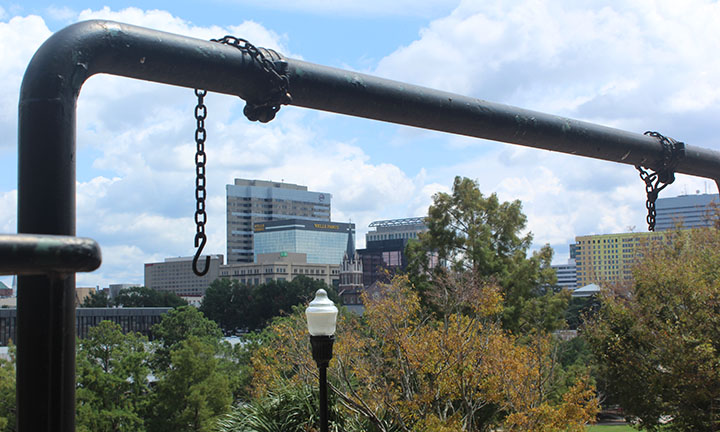 A swing-set at Finlay Park is broken and unusable. The city is in the process of solidifying funding to remodel the 18-acre park in the city’s center.