Athletes battle obstacles every time they step on the foot on their playing surface, but some obstacles cannot be overcome. In this case, that obstacle is hypertrophic cardiomyopathy, or HTC.

HTC occurs due to the thickening of the heart muscle which reduces blood flow to vital organs in the body. This can cause the patient to collapse, which can lead to sudden cardiac arrest and, if not treated immediately, death. Many sports fans remember the tragic death of former Loyola Marymount Basketball star Hank Gathers. After his famous diagnosis of HTC, he collapsed and died during a game in 1990.

Luckily for ex-South Carolina Gamecocks basketball player John Ragin, he was able to get the immediate help he needed after suffering HTC during a practice in February 2016.  “I just remember everything just kind of shutting down, my eyes closing and then just losing control,” said Ragin, who is now a student coach at the university.

The scary part for these young athletes is that sudden cardiac arrest can come without any warning and tends to happen more in high-intensity sports. About 67% of HTC cases occur from playing either basketball or football and 52% of these patients are African-American.

Ragin gave up basketball because of his diagnosis, but he did not give up his plans to graduate from South Carolina in May and join Frank Martin’s staff full-time as a graduate assistant. 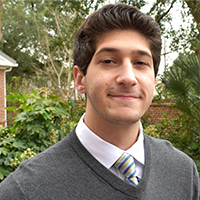 Dominic Delfidio is an aspiring sports play-by-play on air personality studying broadcast journalism from — production to reporting. His passion for sports runs deep as he was introduced at a young age while also obtaining core values such as hard work, determination and never quitting on yourself or your team that he implements in his works. Through an internship with the Richland County Sheriff’s Department’s Public Information Office, his journalism skills broadened by providing content for the social media department from live streams to updates while also covering press conferences.