In wake of riot, lawmakers press for prison reform 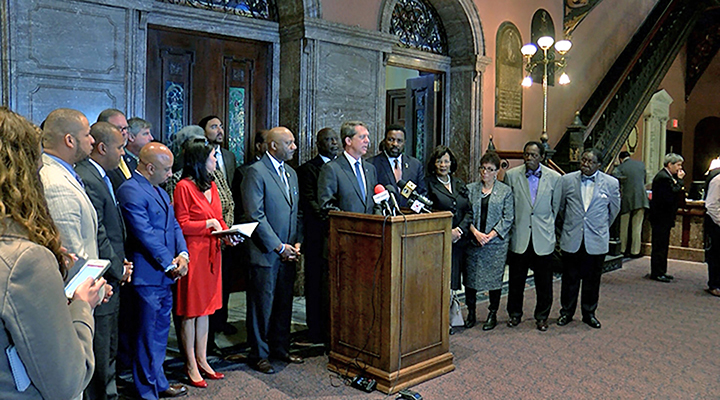 Lawmakers held a news conference at the State House to call for prison reform after the April 15 inmate riot at Lee Correctional Institution. 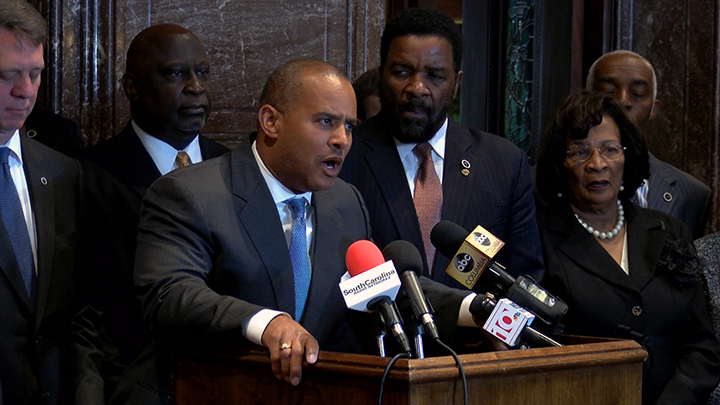 South Carolina House Minority Leader Todd Rutherford of Richland County says now is the time to act on prison reform. He also criticized the governor for his comments following the riot. 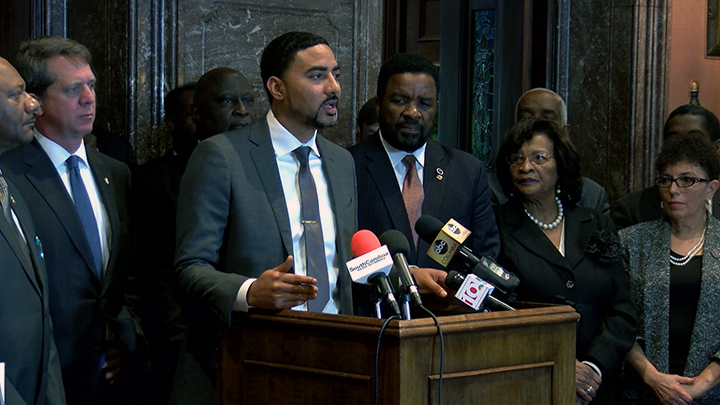 Rep. Justin T. Bamberg, D-Bamberg, said the state cannot forget that prison inmates are human beings and should not be subjected to inhumane conditions or fear for their lives inside the prison walls.

Tuesday, Todd and other  Democratic lawmakers spoke out about the April 15 riot at Lee Correctional Institution, faulting the governor for failing to provide a much safer environment for prisoners at LCI.

“We have a bill on the calendar right now put forth by a former police officer, Republican Mike Pitts, to do sentencing reform again. Where was the governor demanding action on that bill yesterday?” Rutherford said. “We have got to do more.”

Rutherford criticized McMaster’s attitude towards the riot at LCI noting that the governor said, “These types of things just happen in prison.”

Rutherford said these inmates are human beings who have families that worry about their safety when they’re in custody of the system.  Inmate safety is something that should be taken lightly, the lawmakers argued.

Representatives say the problems were not necessarily just the inmates. They faulted security as well.

On Monday, McMaster joined Corrections Department Director Bryan Stirling at a news conference detailing the chaos and bloodshed that began about 7:15 p.m. April 15 and continued into the early morning hours before order was restored.

South Carolina prison officials stated that prisoners were armed with handmade knives, which they used to kill and injure one another in a deadly brawl. Seven inmates lost their lives in what officials say was a fight over money, territory and contraband. About two dozen others were injured.

Staffing at the maximum-security prison in Bishopville is one of the lowest for prisons in the state of South Carolina. Representatives said they want to increase pay and fill vacancies to provide more protection for inmates that are incarcerated.

“We can reduce prison population, we can make our prisons safer, we can make our citizens safer, and we can make it safer for the correctional officers that are asked to go in there and put their lives on the line and not work for a boss who believes that stuff just happens,” Rutherford said.

Rep. Justin T. Bamberg, an attorney in Bamberg,  said, “It’s important for everyone to remember that, just because someone is an inmate and may have done a crime, you can not forget that they are a human being and they are serving their debt to society.”

“There needs to be an infusion of money, but we can’t rob Peter to pay Paul,” Bamberg said. “One thing that we have to go hard at is creating a new revenue stream for this state to be able to do things, like come up with the money it would take to hire some 600 employees.”