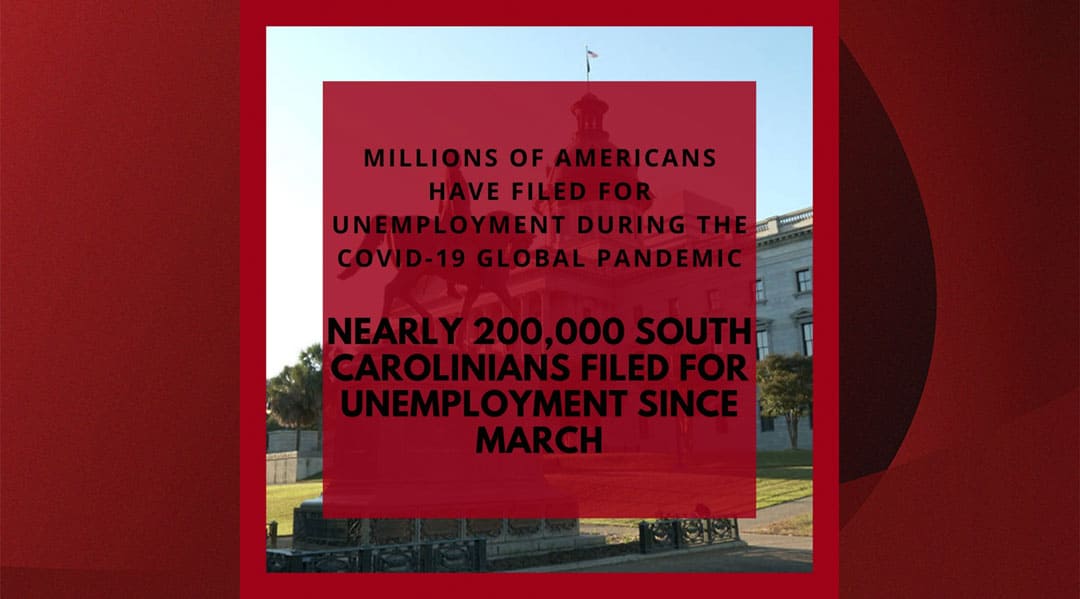 Sources: The New York Times and The State Newspaper.

Finding a job during the coronavirus pandemic is an uphill battle for many Americans, as millions are getting laid-off or furloughed. Just ask Parker Cox, a 24-year-old South Carolinian with dreams of landing a sales job and re-locating to the Dallas-Fort Worth area.

“It’s hard as hell,” according to Cox, who is seeking a change of pace from his hometown of Edgemoor, South Carolina, population 2,500, and his former job working for his family-run lumber company.

Since he launched his search, the job market and the economy have taken huge hits as Americans began to prepare for the pandemic. More than 16 million Americans have filed jobless claims in the past three weeks whereas during the 2008 recession weekly filings never reached a million.

Millions of college seniors will graduate in the coming months and be in the same the boat as Cox.

Still, in mid-March, Cox flew from Charlotte to Dallas-Fort Worth looking for that sales job. As he walked through the airport to board his flight he noticed the airport was less crowded and not bustling as usual.

“You could tell the people weren’t traveling though because the airport was not as packed with people as it normally was, but there was still a feeling of normalcy,” Cox said.

When he arrived in Dallas, Cox was told he was the first guest to check in to his downtown hotel, which he booked at a discounted price. And nearly everyone he met was talking about the coronavirus.

At the time of his visit, U.S. leaders were finally focusing on the pandemic and its impact on American life, with schools going online and some states experiencing stay-at-home orders. But it would be two more weeks until the Texas governor issued a stay-at-home order on March 31. Cox said he wasn’t worried about contracting the virus, but he quickly realized the pandemic was dramatically altering his job search.

“[COVID-19] does not serve as a catalyst in the job searching process,” Cox said. “It serves as an inhibitor because it has been tough, but technology, you know, lessens the impact.”

Cox was close to inking a job selling cable TV packages. Cox had entered into the third phase of interviewing and the likelihood of him landing the job was high, until he was told he’d have to work every Sunday. As a devout Presbyterian, he said he refuses to work on Sundays.

Cox said he thanked the interviewer for his time and consideration, but told the hiring manager the schedule wouldn’t work for him and that he was no longer interested. As he buttoned up his suit jacket and walked out of the doors of the building in which he had been a few signatures away from beginning a new career, he said he felt thwarted.

“Well, first I felt defeated because I came out there with one intention to find a job,” Cox said. “That did not work.”

However, Cox said he’s confident that he will find a job and his confidence exists through his belief in God and the plan that Cox believes is in store for him. But that faith and confidence had to be restored in him.

“Having [God] on your side, who knows all, who sees all, you know for a fact, that to this isn’t happenstance. Nothing is circumstantial,” Cox said. “It’s supposed to be and it’s how it is because that’s the way it’s gonna be.”

With nothing left to lose Cox said he booked two more nights at his temporarily–inexpensive luxury hotel hoping to find a job within the next couple of days. The once–populated Dallas was almost empty, with most travelers in their cars or an occasional dog walker, Cox said.Cox said he saw an oil company headquarters and stopped in hoping to speak to the manager, but he was turned away.

He got into his Uber en route to his hotel and called his mom to talk about the bad news. Cox said his mother reassured him that he had made the right decision to pursue sales jobs in Dallas.

Cox worked for his dad at their family-owned lumber company as a timber buyer since he graduated college four years ago. He evaluated trees, cut them down and took them to a paper mill. He traveled around the state in his F-150 driving up to 1,500 miles per week.

His father encouraged him to quit when they sat down for a meeting a week or two before his trip to Dallas. His father told him he believed Cox would be happier with a different career, Cox said.

Cox said he’s been told he is a natural-born salesman which he believes to be true as well and believes he could sell anything to anyone.

“If I can get in front of somebody, I think they’d see that too,” Cox said.

On his flight back home, 15 people boarded the plane. Cox said he put on the most recent album of his favorite rapper, Lil Wayne’s “Funeral,” a fitting word to describe his job search in Dallas. As of now, he is still applying for every job he can and participating in virtual interviews. He’s relying on his savings account to keep him afloat and does not plan to file for unemployment benefits. 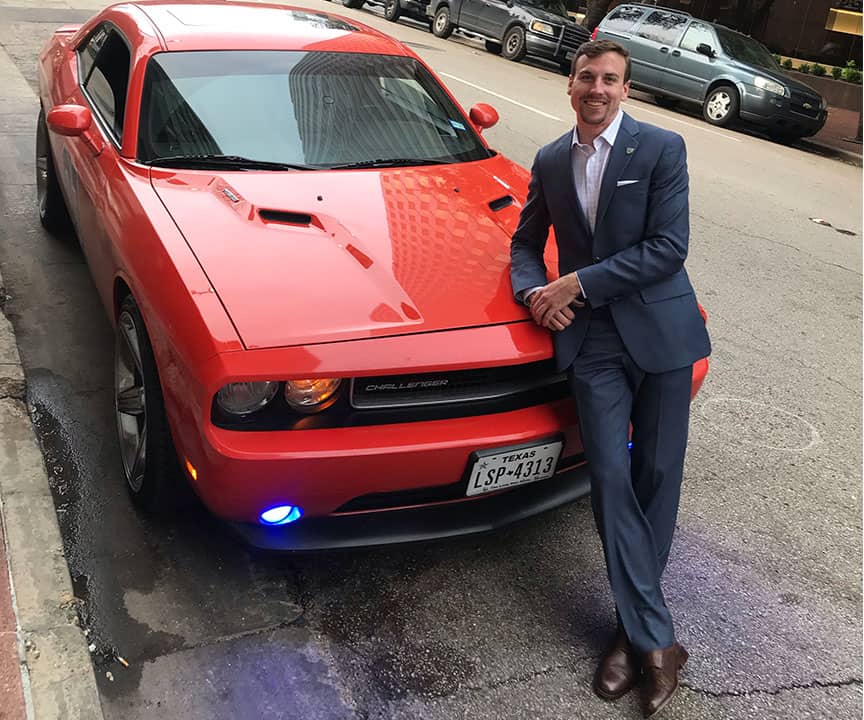 Parker Cox leans on a car in Dallas, Texas after he flew there a few weeks ago to job search during the global pandemic. Credit: Parker Cox. 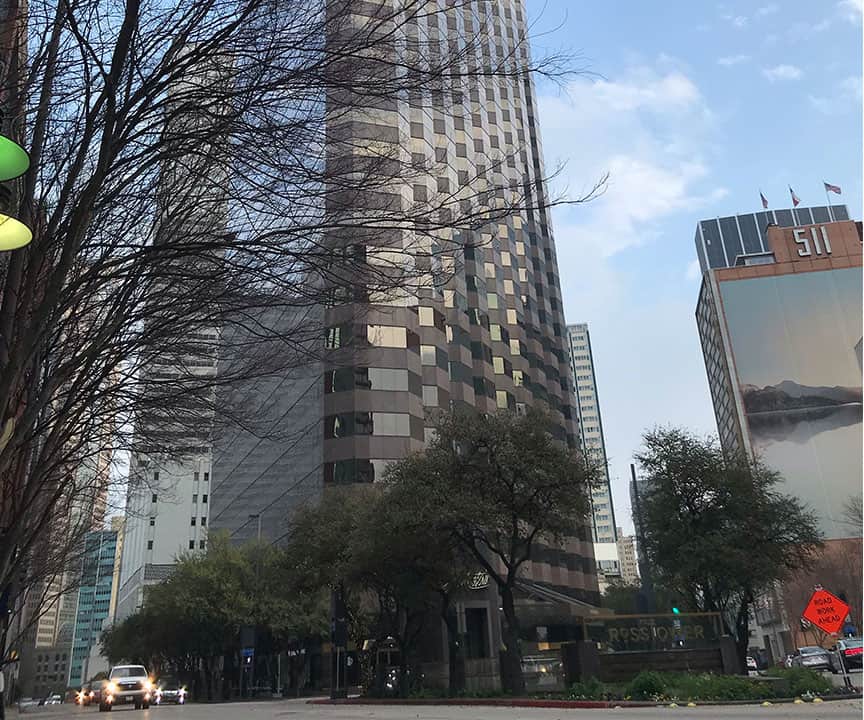 A street in Dallas, Texas is lacking passersby during the COVID-19 pandemic. Credit: Parker Cox. 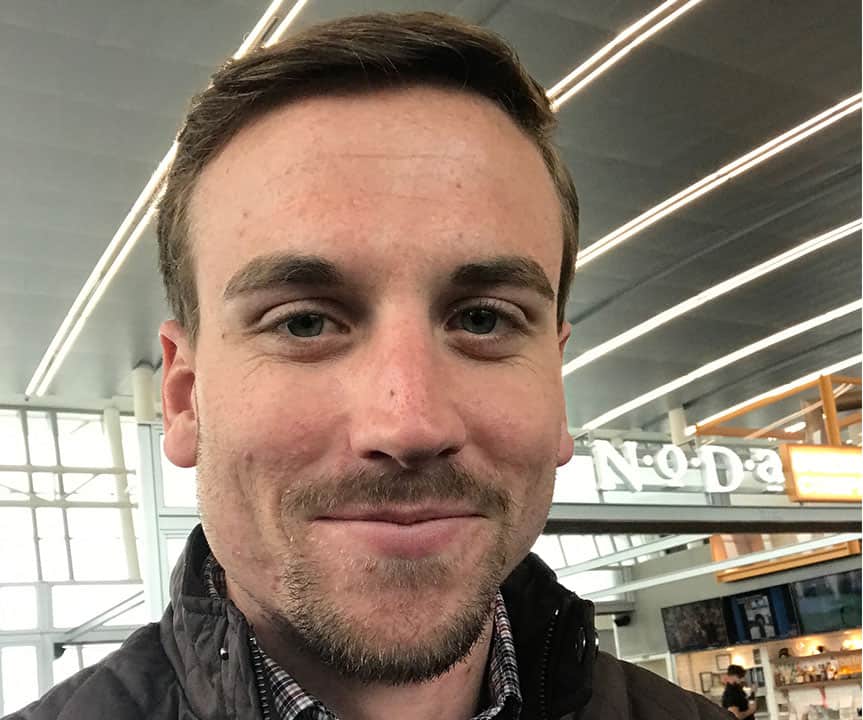 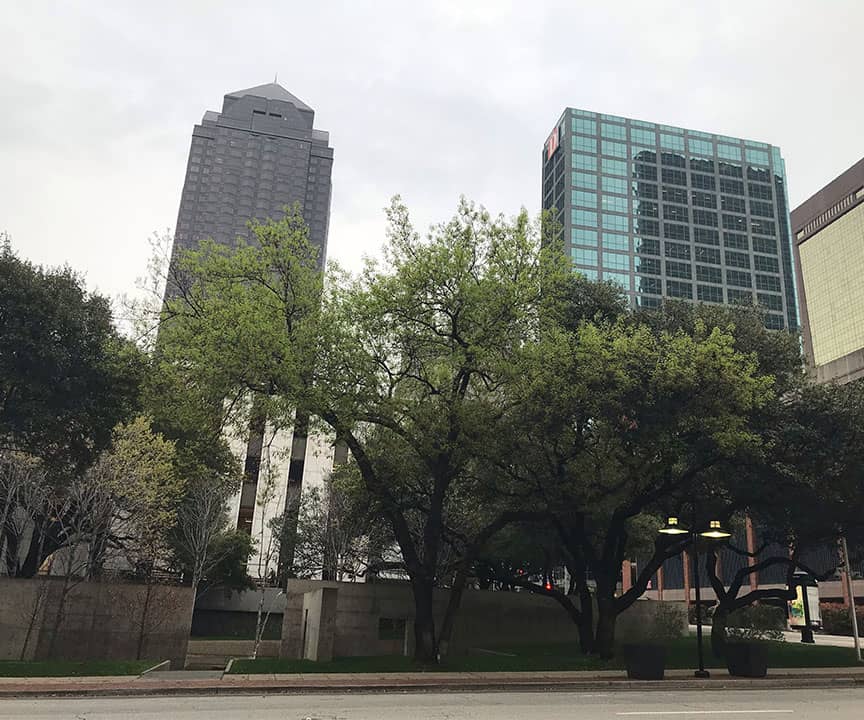