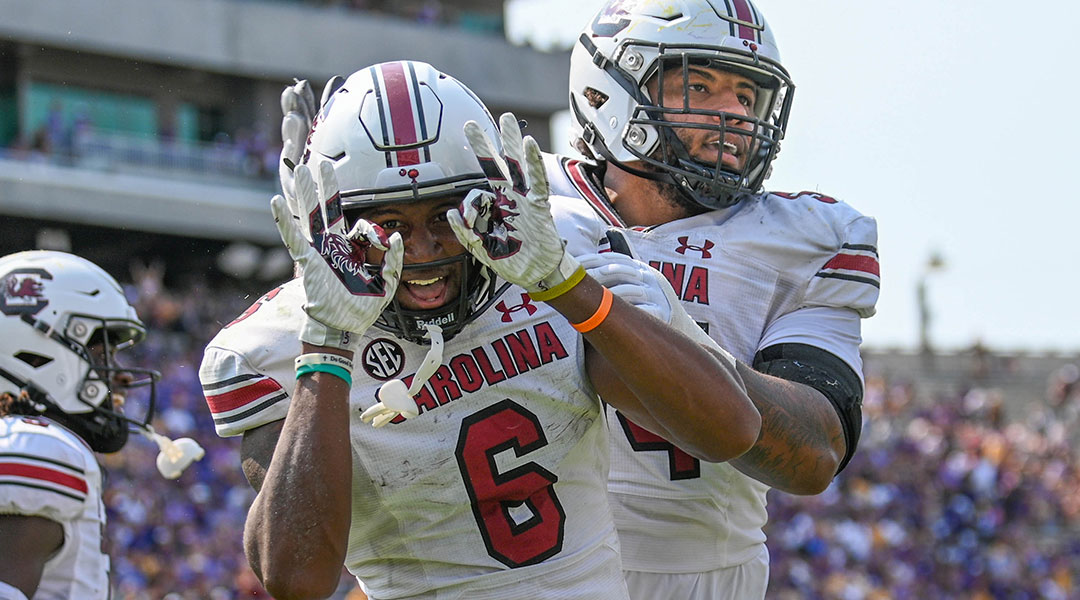 Senior wide receiver Josh Vann has had a strong start to the season with 19 catches for 355 yards after emerging as the No. 1 receiver for South Carolina in the preseason. Photos courtesy of SEC Media Portal

South Carolina’s offense has struggled through the first six games of the season; however, one offensive player has made a surprising impact some fans saw coming.

Josh Vann, a senior wide receiver from Tucker, Georgia, has risen to the top of the wide receiver depth chart after a strong start. On two separate occasions, Vann has recorded over 100 receiving yards.

Vann, who struggled in his first three years as a Gamecock, has taken a large step forward as the leading receiver.

“Like I said before the season started, it feels pretty good,” Vann said in a press conference after the Georgia game. “It’s great to be that No. 1, go-to receiver. I try to come out each week during practice and work my hardest and let it all translate to the game on Saturday.”

Vann said the team’s new coaching staff and his disappointing last season inspired him to get back to being the highly regarded player he was during recruitment.

“I feel like the thing that I have learned is they teach love, love our brother, love one another,” said Vann. “And to be honest I think I found a love for the game again.”

The second leading receiver on the team is wide receiver senior Jalen Brooks, who only has 181 receiving yards.

Through the entirety of his previous season, Vann had 10 catches for 88 yards in the shortened 10-game season.

“Where he has come from since I got here, to where he is now, that evolution as a person and a player, I am really excited for him,” said Beamer in his press conference on Sept. 11 after the ECU game. “I just love what he is about. He’s a special young man and I am just so proud of him.”

For three consecutive seasons, the Gamecocks have had a wide receiver taken in the NFL Draft. Deebo Samuel, Bryan Edwards and Shi Smith went to the 49ers, Raiders and Panthers, respectively.

Gamecock fans said Vann wasn’t ready to take the next step and wasn’t going to be the next Gamecock NFL receiver.

However, inside the program, new offensive coordinator Marcus Satterfield said Vann had the potential to be a top-notch receiver – he just needed to ignore the outside noise.

“I think somewhere down deep inside he knew he was a good player, but I think he listened to so many people say, ‘You are not a good player,’ or, ‘You can’t do that,’” said Satterfield.  “I think once the newness arrived around here and he saw hope.” 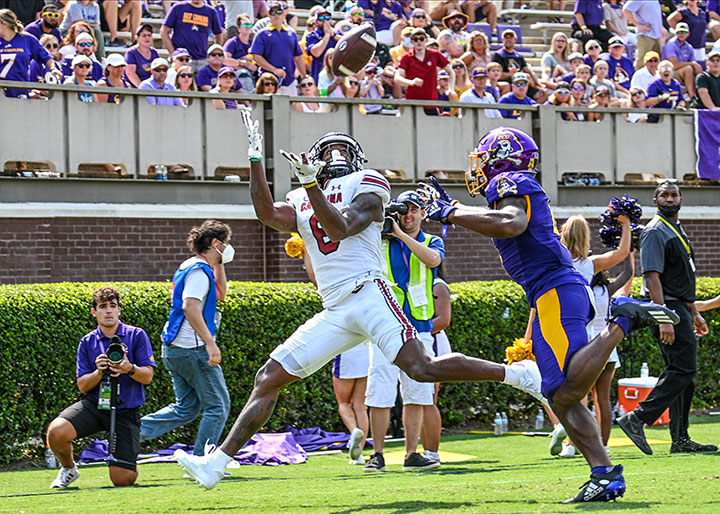 Opposing defenses are starting to take notice of Vann after his fast start to the 2021 season. 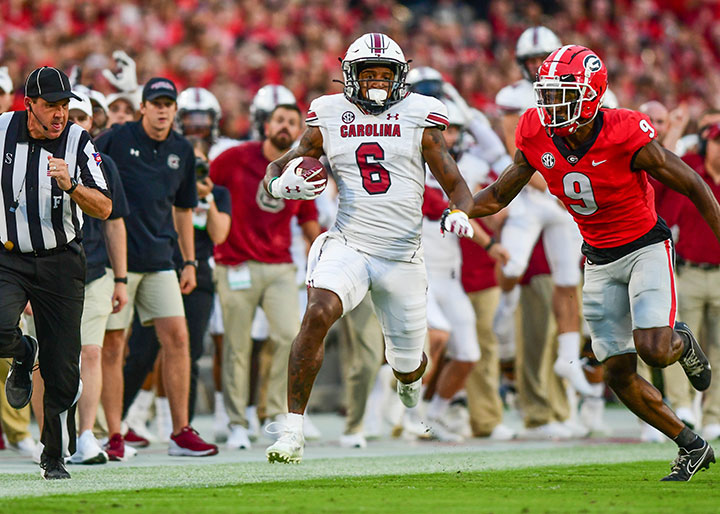 The South Carolina offense has turned Vann into a deep threat. He has receptions for 45 and 61 yards so far this season. 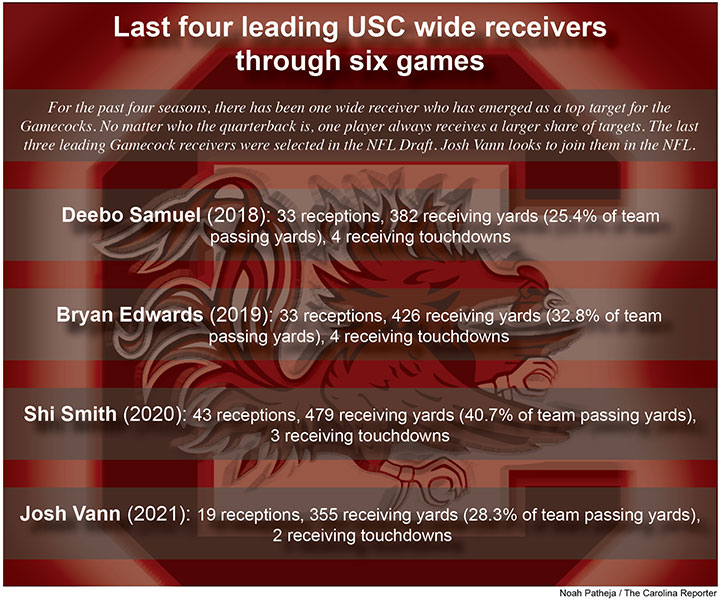