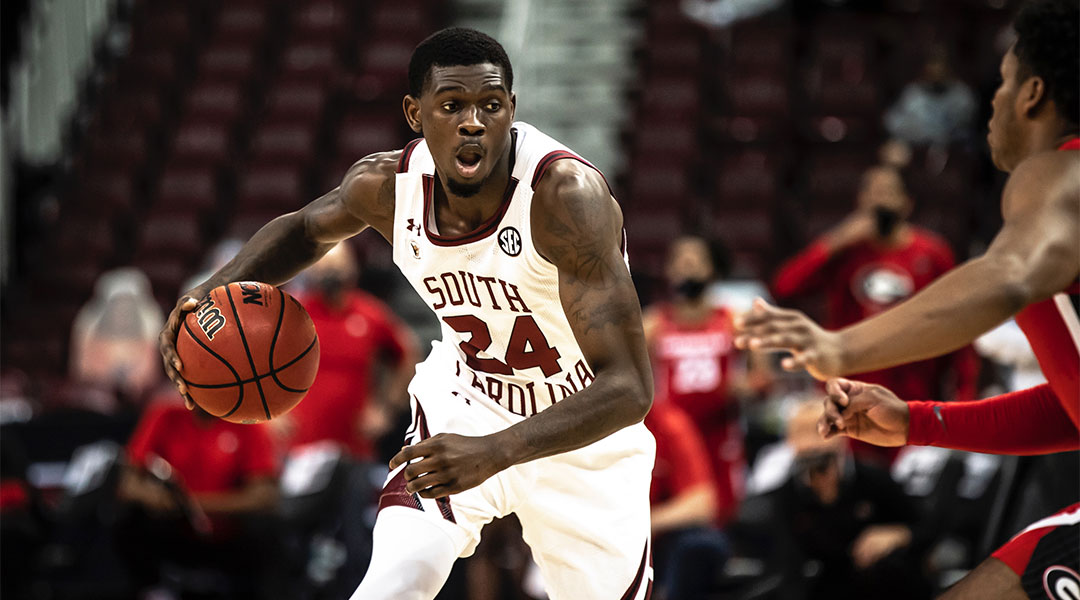 USC Forward Keyshawn Bryant has been named to the preseason All-SEC second team heading into his senior season. Bryant led all returning Gamecocks in both points and rebounds last season. Photos courtesy of South Carolina Athletics

Senior Gamecock forward Keyshawn Bryant was selected to the second team preseason All-SEC team by the coaches throughout the conference.

Bryant is an “established double figure scorer,” said Head Coach Frank Martin in a preseason press conference and will look to continue to be a scoring threat for the Gamecocks in his senior season.

The selection is Bryant’s first preseason award of his collegiate career due to a solid junior campaign.

Bryant led all returning Gamecocks in both points and rebounds last season. He averaged 14.4 points and 5.4 rebounds per game, shooting the ball with a 48% success rate.

This was good enough to get the attention of the conference’s coaches and earn him a spot in the preseason second team.

Coach Martin believes Bryant has only gotten stronger in the offseason, praising the forwards “physicality.” He said it is “one of the places Keyshawn has grown a lot.”

Bryant understands the expectations and his role coming into the season. He said in a preseason interview that he has taken on a leadership role as “being an older guy who’s been here for years.”

Coach Martin said in a zoom press conference over the summer, “you’re talking about somebody that has shown growth,” throughout his years at South Carolina. He has seen Bryant mature during his three years prior and now Bryant is set to step into a major leadership role.

Both his previous experience playing under Martin and his scoring prowess will be extremely valuable to a very different looking Gamecock basketball team from last season. Martin brought in six new transfers to add to the roster, so Bryant’s experience as a starter for three years prior could prove invaluable.

Bryant also gained experience by going through the NBA Draft process before withdrawing his name from consideration. He said it helped him develop by “showing me what I need to do to take the next step.”

While he did not garner enough interest to remain in last year’s draft, Bryant’s length and athleticism could help him rise up draft boards with a solid 2021 season.

Bryant and the Gamecocks open up their season at Colonial Life Arena on Tuesday, Nov. 9 before heading to the inaugural early season Asheville Championship tournament. 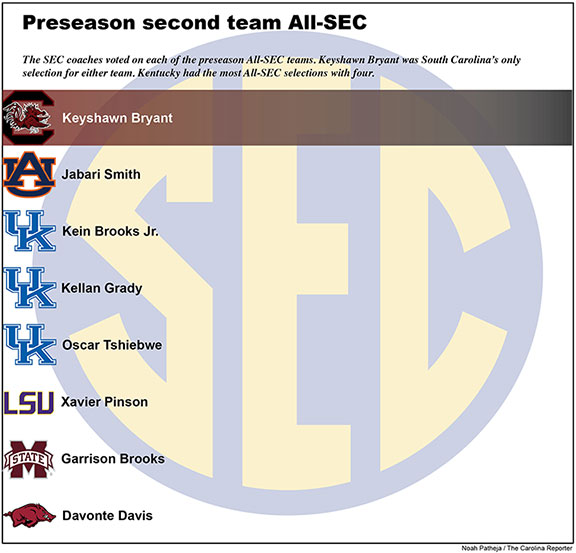 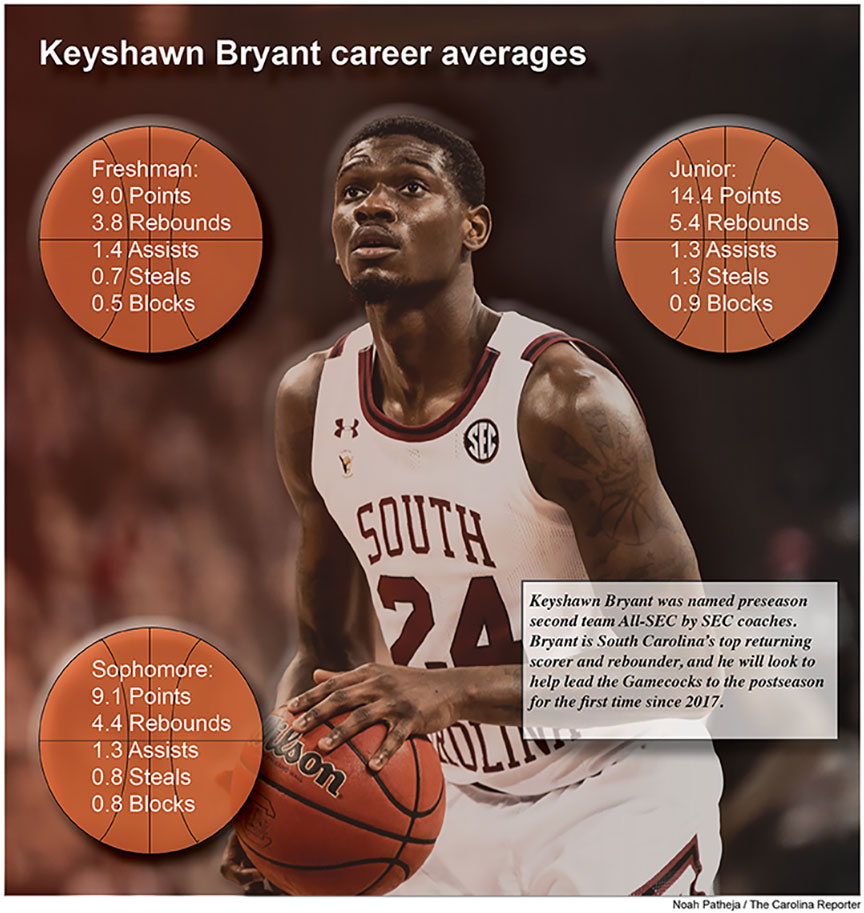