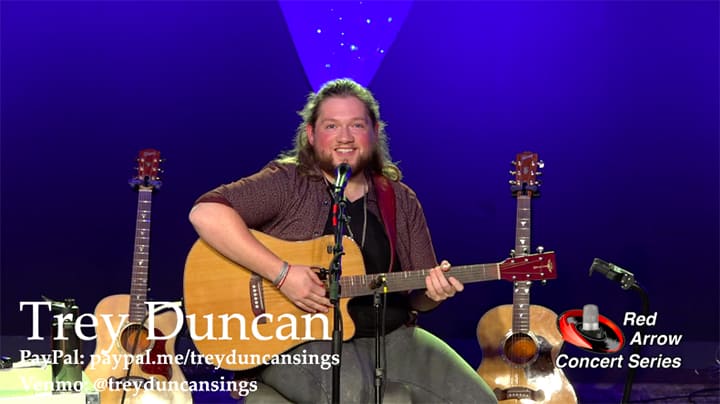 Greenville musician Trey Duncan, 24, livestreamed his performance at Red Arrow Studios March 26. He cancelled all of his up-coming shows due to the coronavirus pandemic, which caused him to lose money and turn to technology to perform.

“Six feet apart” is the new motto at Red Arrow Studio, an audio and video recording studio in Westminster, a small community in South Carolina’s Upstate. Staff is limited, large studio sessions are avoided and hands and microphones are sanitized religiously, according to owner Cliff Witherspoon.

“We talk to people when they come to the door about maintaining the six feet of separation,” he said. “There’s hand sanitizer everywhere.”

His studio is one of many local music businesses experiencing changes due to the coronavirus pandemic. Musicians who have had to cancel gigs are looking for new ways to connect with their audiences and earn money, and a lot of them are turning to the internet.

Witherspoon offers musicians free livestreams, something he has done every Thursday for two years. Now, the studio stage equipped with four HD cameras is used for livestreams five times a week.

“There’s a lot of competition for livestream viewers, although there are a lot more viewers as well,” Witherspoon said. “Viewership has probably gone up 50%.”

Greenville musician Trey Duncan is taking advantage of social distancing and President Trump’s warning that Americans should now stay at home. Lead singer of the classic rock band Kings Ransome, the 24-year-old is using the time he would’ve been onstage to livestream his performances.

“It’s been a weird few weeks,” he said looking into the camera at Red Arrow Studio. “But we’re not going to let it hold us back anymore.”

Duncan, who also teaches music lessons and directs his church choir, had planned to play 48 shows with Kings Ransome this year, as well as weekly solo gigs. They canceled their up–coming shows until it’s safe to perform in public again.

“When you don’t have a crowd in front of you, it sucks,” Duncan said. “Instead of being down and whining about it, I’m trying to think of this as an opportunity for us to redirect our attention.”

With their new free time, Duncan and his bandmates write songs, create media content and virtually promote their latest rock EP, Tales. The musicians are also thinking of ways to earn money; half of Duncan’s income vanished when social distancing rules were placed.

The musician has lost more than $2,000 from shows canceled in March and April.

Duncan has earned $310 in two livestreams by using online payment services like Venmo and PayPal. He said donations from livestreaming won’t be enough to recover his losses, but he remains optimistic.

“It’s just about adapting and rolling with the punches,” Duncan said.

“The biggest impact is just closed. Boom, nothing,” Tribble said. “It’s all the way across the board. Everyone’s locked down.”

The rock ‘n’ roll dive bar normally hosts musicians two nights a week, but now the seats are empty and the stage is quiet. To help musicians, he’s letting artists live stream from his Facebook page with more than 6,000 followers.

“Part of me wants everyone to stay home and don’t move,” Tribble said. “The other part of me is like, ‘We have to make money. We have no option.’”

A six feet apart rule wouldn’t work at a concert, so for now venues will stay closed and musicians will live stream. But Duncan looks forward to when he can rock the stage again.

“I hope people come out to our shows when this is over,” Duncan said. “They’ll be hungry for some music, we’ll be ready to play.” 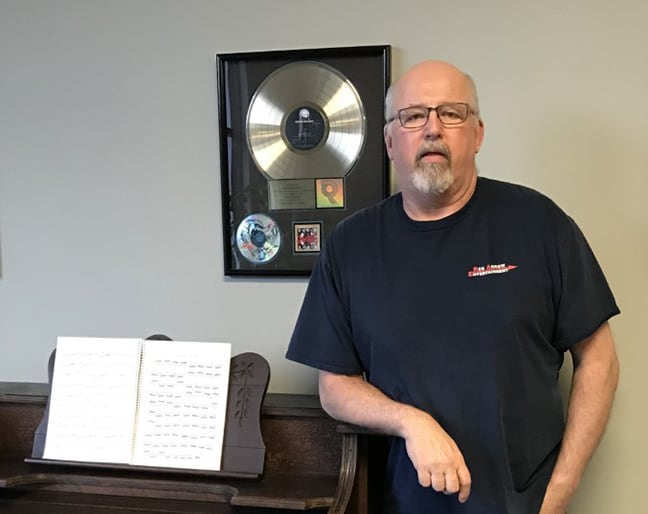 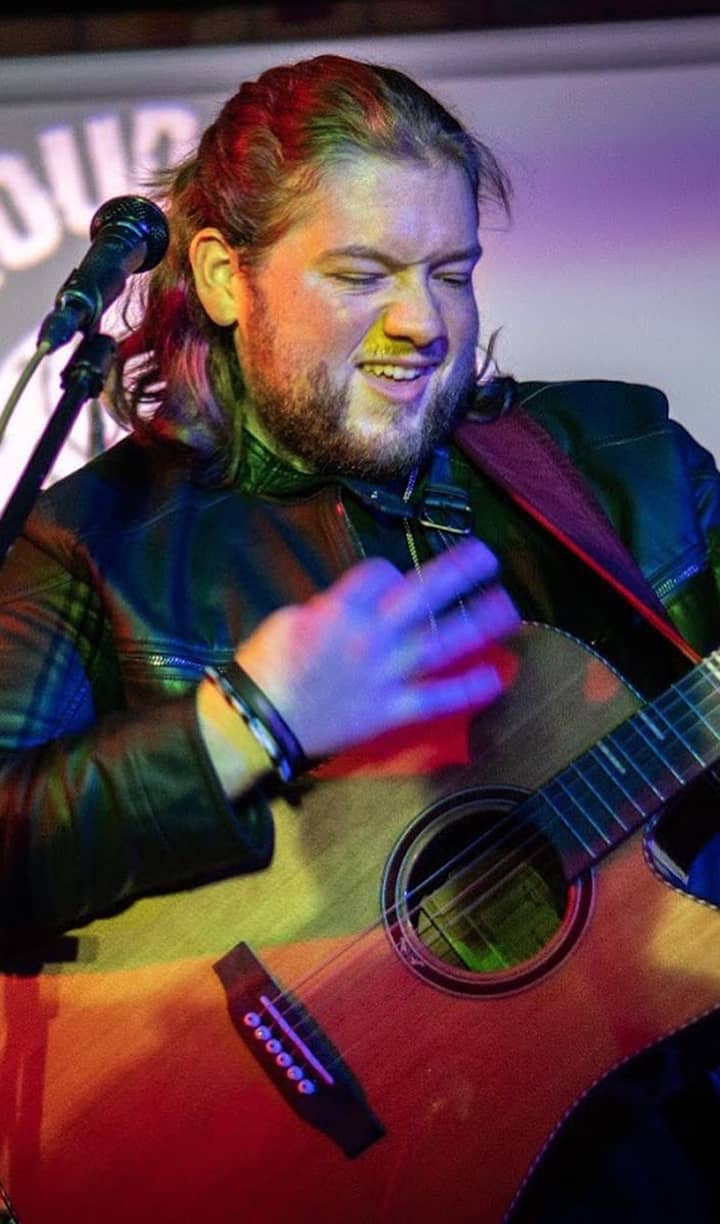 Greenville musician Trey Duncan is the lead singer for the classic rock band Kings Ransome. He joined the band in March 2019. 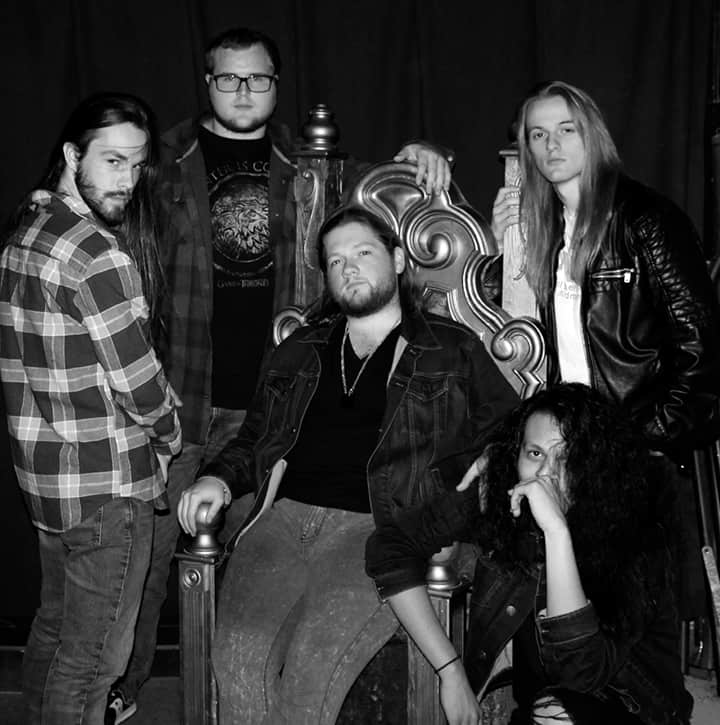 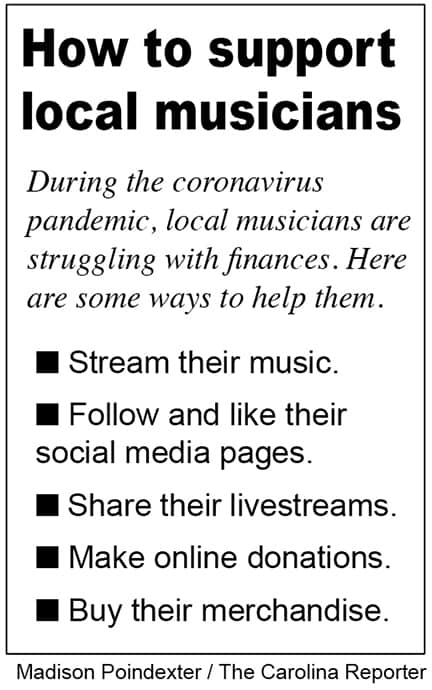 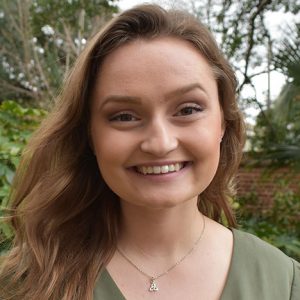