Locals ring in Day of the Dead 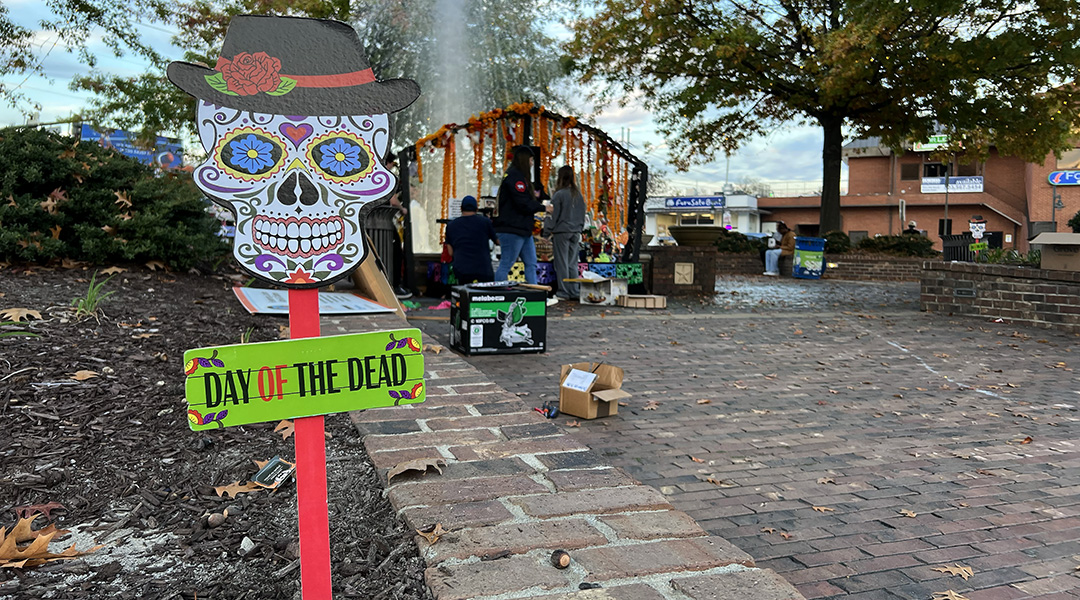 Palmetto Luna Arts set up a Day of the Dead altar at the Five Points fountain on Nov. 1. (Photos by Danielle Wallace)

As Halloween comes to a close in the Midlands, the focus is shifting to el Día de los Muertos.

During the period of Día de los Muertos, the deceased have a 24-hour window of “divine permission” to visit their loved ones, according to the National Hispanic Cultural Center. Ofrendas, or offerings left at homemade altars, include food, photos and other treasures for the deceased.

Volunteer organization Palmetto Luna Arts is displaying an altar at the Five Points fountain for one week starting Nov. 1. It will also host a Day of the Dead festival at the Columbia Museum of Art on Nov. 12 during that morning’s Soda City Market.

“For me, the more that I can separate Day of the Dead with Halloween, the better,” said Ivan Segura, executive director of the group. “So, hopefully, by next weekend they forget Halloween, and then by the other (weekend), they’ll be like, ‘Oh, this is our own celebration.’”

Segura said the group has been displaying altars in Columbia for 11 years. He said the altar has seven levels that represent the seven dimensions spirits travel through. The candles guide their way, the flowers lead them with scent, and the skeletons are so they see a familiar face.

“You pray (and) put up a picture of your deceased relatives — just keep their spirits and their legacy going on,” said Citlaly Rojo, a USC sophomore and member of the Latin American Student Organization (LASO).

“If you don’t put a picture, that means (the spirits are) not going to be able to come,” said Luz Reyes, third year USC student and event coordinator of LASO. “(It’s) like your pass ticket.”

A photo of Segura’s mother sits atop the Five Points fountain altar. There is also a box off to the side with scraps of paper for passersby to leave notes.

“We have, in the house, like a thousand of those little (paper messages),” Segura said. “When somebody leaves something, we take them. But we didn’t notice until one year … people left the little tiny (blank) pieces of paper, and somebody said, ‘That’s how you make it interactive.’”

The Richland Library in St. Andrews also will host a Día de los Muertos event on Nov. 2 from 3:30 p.m. to 5 p.m. Attendees will be able to listen to read-aloud books, make marshmallow skeletons and decorate skulls.

“Libraries are for everyone — all ages, all cultures, everything,” said librarian Leah Stapleton. “So I think it’s just a great place for coming for events that are inclusive and for educating about others.”

The library’s Day of the Dead event was Stapleton’s idea. It will be free of charge, and people of all ages and backgrounds are welcome. There will also be Day of the Dead related books that attendees can check out.

“Spanish is not my first language or anything like that,” Stapleton said. “I just always enjoyed learning Spanish. … So I just want to share that with other people.”

There has been more conversation about Day of the Dead in recent years, according to PBS. Disney’s “Coco,” a 2017 film about Día de los Muertos traditions, grossed more than $800 million and won an Oscar, Golden Globe and BAFTA, among other awards.

“Now when you say (Day of the Dead), a lot of people know what you’re talking about because Coco made … the concept so accessible,” Stapleton said. “Now a lot more people are aware of it, which is really cool.” 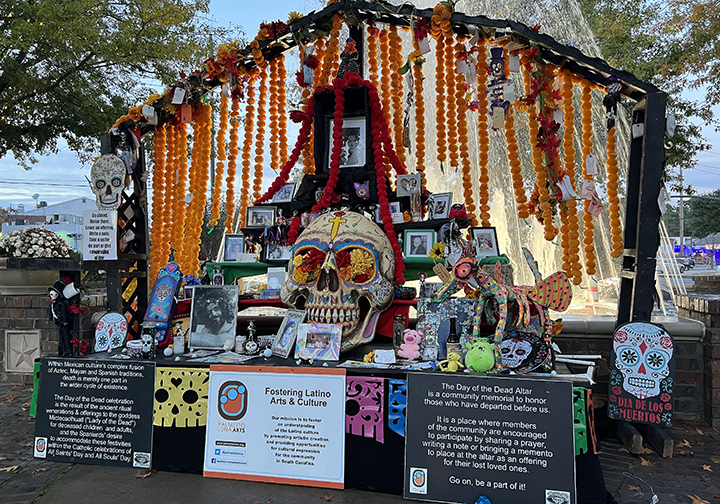 Palmetto Luna Arts’ altar will be displayed for one week. 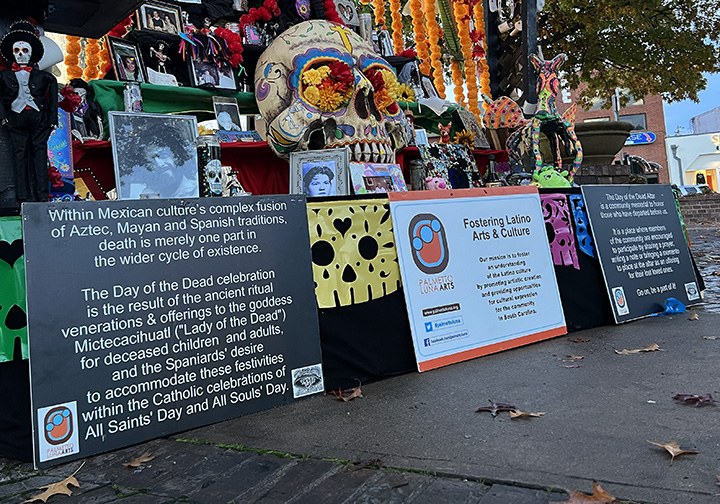 The altar has informational posters to educate passersby about Day of the Dead. 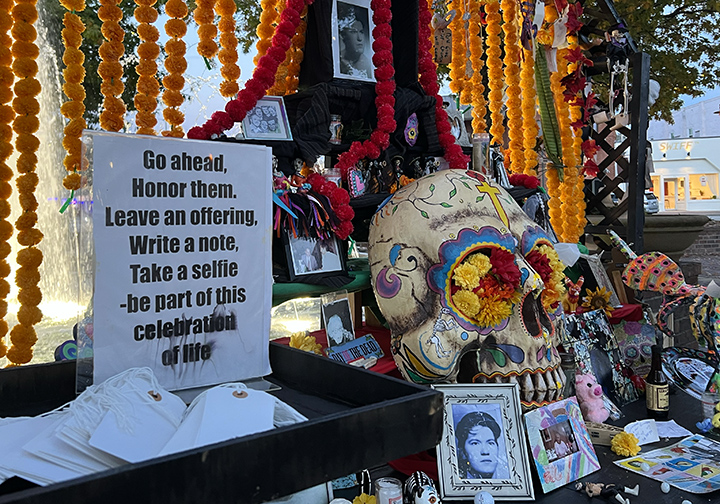 Palmetto Luna Arts encourages people to interact with the altar by taking a selfie or leaving a handwritten note. 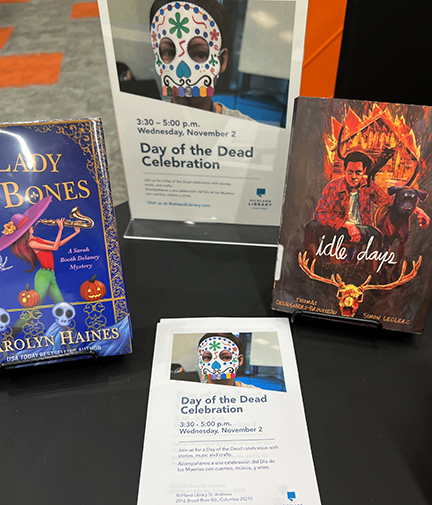 Richland Library’s location in St. Andrews is hosting a Day of the Dead Celebration on Nov. 2 from 3:30 p.m. to 5 p.m.