Mardi Gras in Columbia kicks off at City Roots 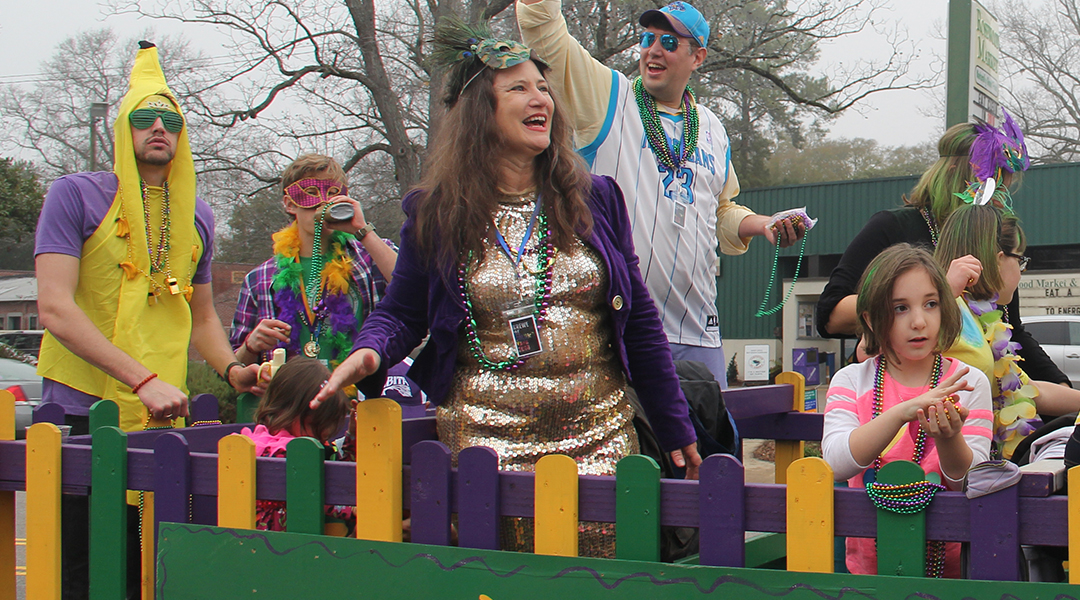 The krewe de Columbi-Ya-Ya’s annual Mardi Gras parade features many floats and organizations. Many of them throw beads at spectators. 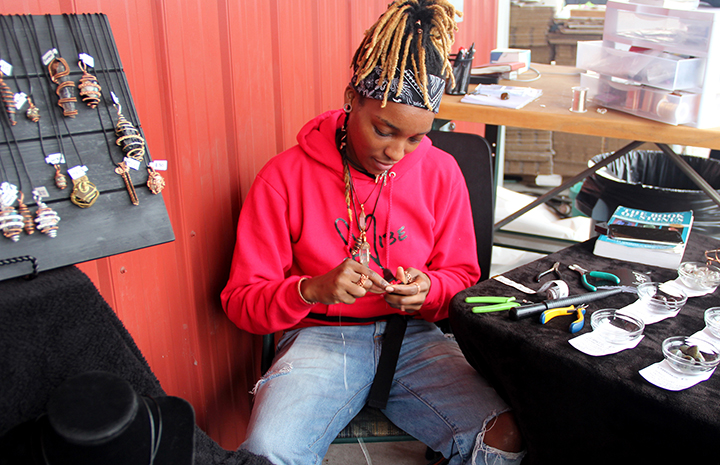 Jessica Houston of GoodVibeWraps hand-crafts crystal and copper jewelry. Her wares were on display at the City Roots Mardi Gras Festival. 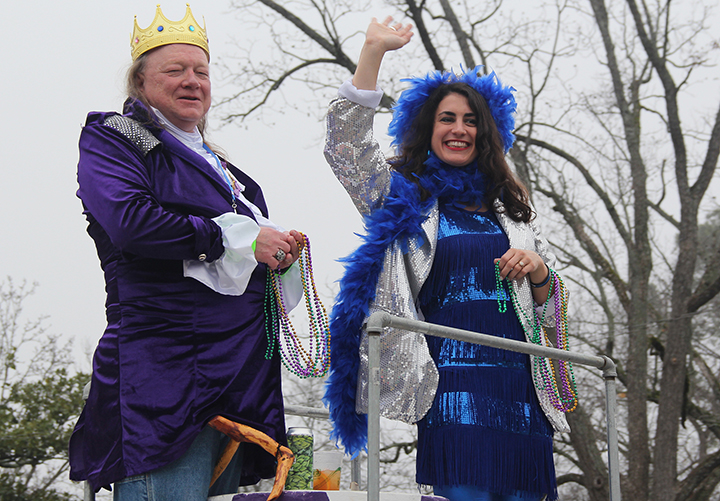 The king (Bentz Kirby) and queen (Kassy Alia) as this year’s Mardi Gras parade rolled down Rosewood Drive on Saturday. 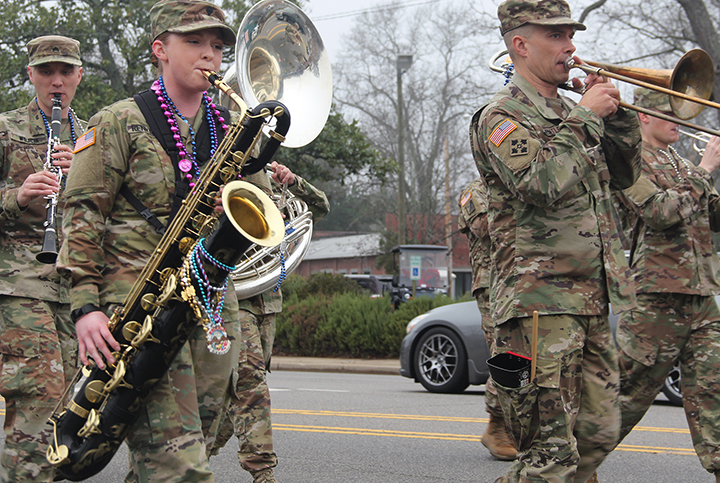 Soldiers from Fort Jackson played lively jazz music as they marched in the Mardi Gras parade. 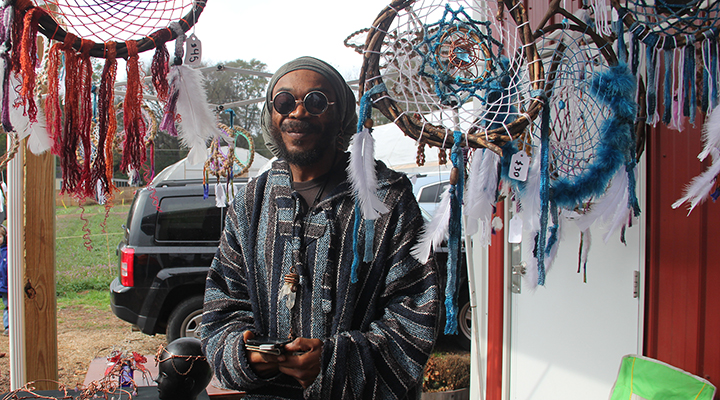 Artist and shaman Sankofa Gordon of Aiken, S.C. was one of several artists selling their wares at the Mardi Gras festival at City Roots. Gordon hand-crafts dream catchers, headresses, copper jewelry, and other items.

Although Mardi Gras was on Feb. 13, the krewe decided to hold their celebration on the Saturday before.  The event began with the Lagniappe 5k, a race that welcomes runners, walkers and dogs.  Some participants dressed up in the spirit of the day in glittering green, purple, gold tutus, T-shirts and masks.

Next was the krewe’s Mardi Gras parade, which rolled from City Roots down to Rosewood drive.  The parade featured marching bands, musicians, and floats made by local businesses and organizations.  People and dogs dressed up in wild, flashy costumes and proceeded to throw beaded necklaces into the eager crowds gathered on the sidewalks. Members of the armed forces from Fort Jackson marched in uniform down the street, playing rowdy jazz music with trumpets, saxophones and tubas. Even a mermaid waved cheerfully from the back of a classic car.

This year’s king and queen of the parade were Bentz Kirby, a local musician, and Kassy Alia, founder of Heroes in Blue. The proceeds of the event went to Alia’s foundation, a charity that promotes positive relations between police and communities and sponsors the families of fallen officers.

Once the parade looped back around to City Roots, the festival began with a bang and lasted until 6 p.m. when party goers took the celebration to local bars and restaurants.

The festival was free entry.  It featured 17 bands, local artists, food trucks, and even a bungee jumping cage for kids.

One such artist was Sankofa Gordon, a shaman who lives in Aiken. Gordon is the owner of Sankofa’s Workshop, an art studio in Aiken where he sells his hand-crafted jewelry and decorations.

“It’s like an extension of myself,” Gordon said about his work.  The festival is especially appealing to artists like Gordon because it gives them the opportunity to display and sell their art beyond their own communities.

The krewe made it clear via social media that, rain or shine, the Mardi Gras celebrations would not be cancelled. And in spite of overcast skies and rainy weather, an impressive crowd showed up to participate in the day’s activities and “Laissez les Bons Temps Roullez, y’all!” (Let the good times roll, y’all!) 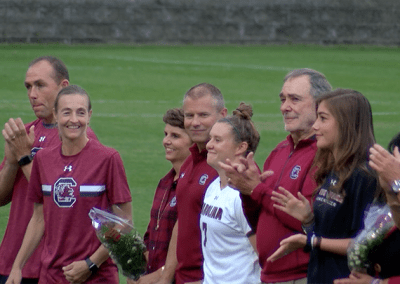 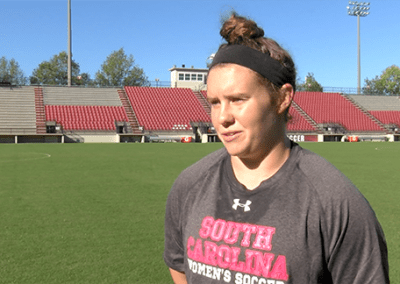 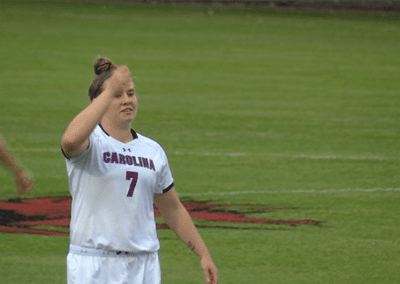