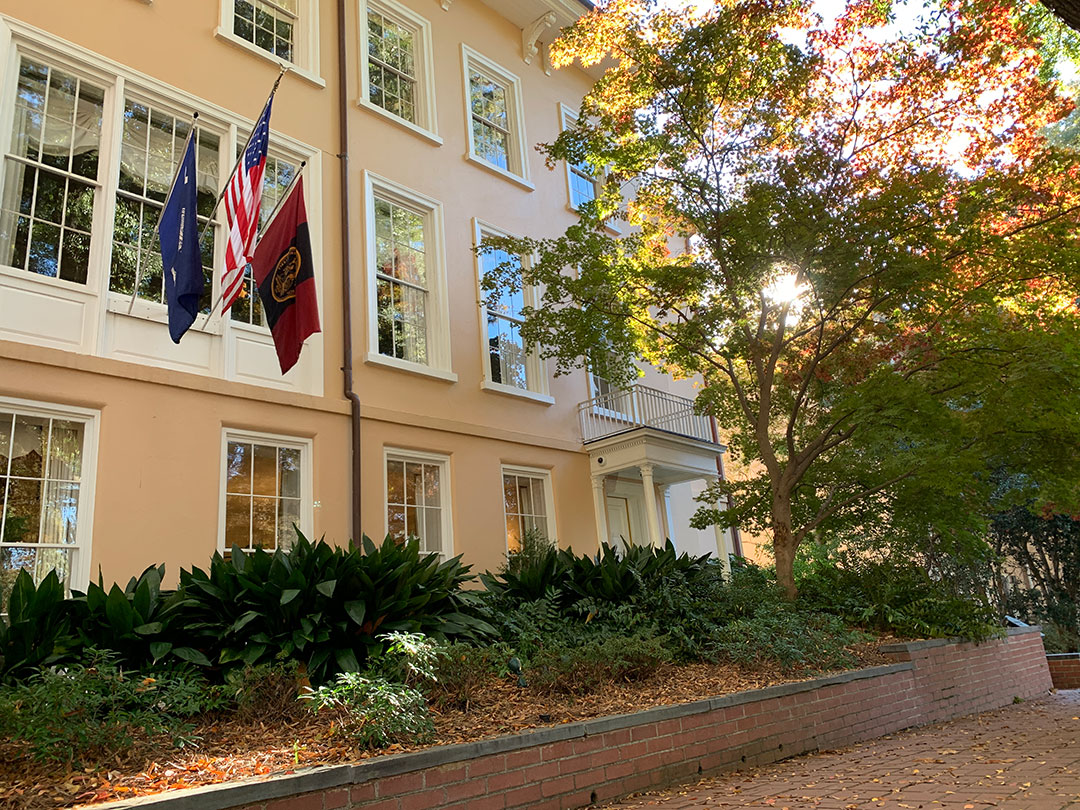 The President’s House at the University of South Carolina sits in the center of campus and has been home to every university president, including former President Bob Caslen, since 1952. Photo by Hannah Wade

A University of South Carolina donor and member of the school’s presidential search committee has stepped down after what she called “unacceptable” comments from Board Chairman Dorn Smith over her role in the search process.

Lou Kennedy, UofSC alumna and CEO of Nephron Pharmaceuticals, resigned in a letter to Smith. The letter was sent to the chairman on Monday following comments he made in last week’s meeting.

Kennedy was one of seven women on the presidential search committee, a group made up of 20 donors, trustees and alumni from the university.

Smith said in a Thursday meeting that Kennedy’s inclusion in the search process was a “courtesy,” according to Kennedy’s letter. This made her question the integrity of the search process, which was mired by controversy during the last hiring of a university president in 2019. She noted in her letter that Smith had apologized for his remarks.

“While I was appreciative of the opportunity to serve as an advisor to the search committee, and have great respect for colleagues on it, I have developed concerns with certain trustees and their approach to the process,” Kennedy said, through a spokesperson.

The university started the process of hiring a new president after former president Bob Caslen resigned in May amid a furor over a plagiarized speech at the spring commencement ceremony. Dr. Harris Pastides, the university’s president from 2008 to 2019, serves as the interim president.

Caslen was a controversial choice from the beginning, with South Carolina Gov. Henry McMaster, who holds a seat on the university’s Board of Trustees, pushing for Caslen’s appointment. Caslen, a former superintendent of West Point with a distinguished military career, has said coming to UofSC was the worst career decision he made.

The search committee met in Atlanta last week to interview presidential candidates. Kennedy, who was there as an advisory member, was able to play a part in the process, but ultimately advisory members do not have a vote on the final decision.

“Lou Kennedy is a devoted and loyal alumna of our university, and we regret that she has resigned from the Presidential Search Committee. The university appreciates her steadfast support of our mission,” university spokesperson Jeff Stensland said in an email.

In her letter, Kennedy noted the significance of this presidential search.

“I want to reiterate this is a unique opportunity for the Carolina community — and that includes members of this board — to stand up and embrace the chance to consider candidates for this critical role, who reflect the diversity that makes our state great.”

The university is in the process of narrowing a field of 50 candidates and expects that the Board will be speaking with top candidates soon, according to Stensland.

The presidential search committee, which was formed in May, will have no less than three final candidates after a thorough review process, according to the university’s website. 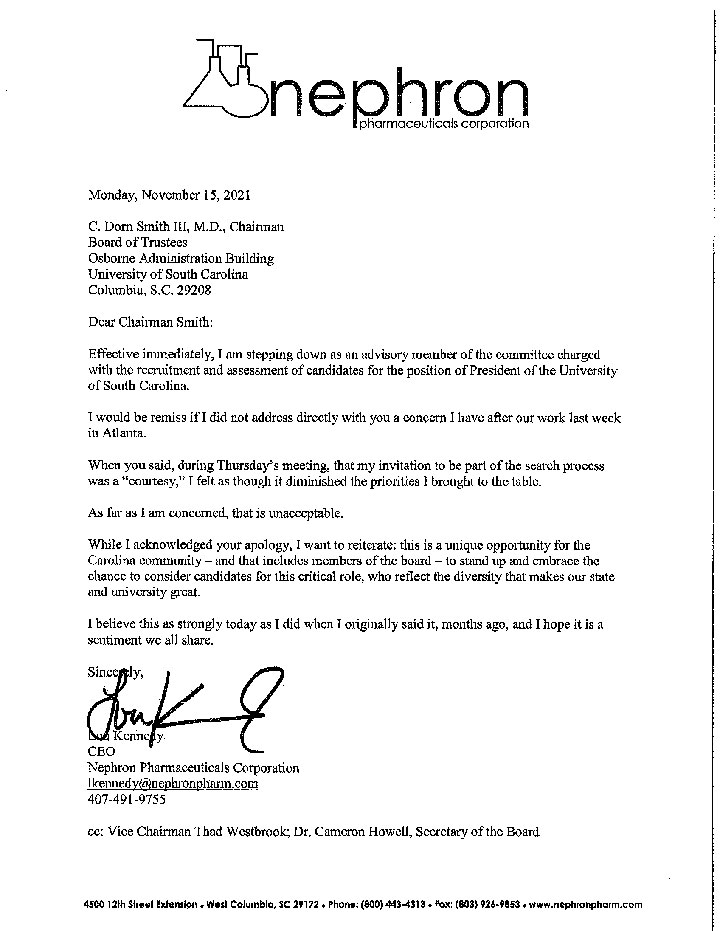